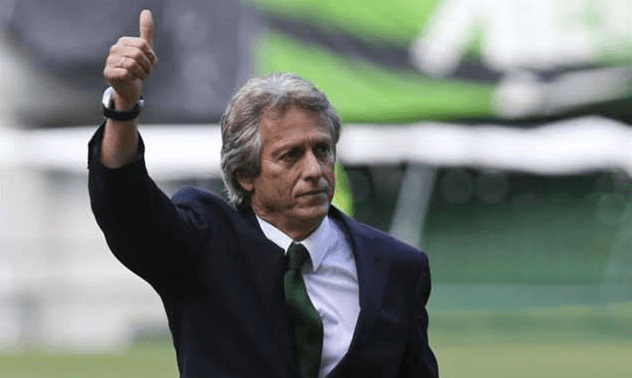 Sporting’s new manager Jorge Jesus promised a quick return to the title race in the upcoming season as he was unveiled to the fans for the first time.

With his contract with Benfica now expired, Jesus joins Sporting after five years and three league titles with their city rivals, signing a three-year-deal with the green half of Lisbon believed to be worth up to €6 million-a-year with the inclusion of bonuses.

The 61-year-old wasted no time and clarified to the thousands in attendance at the Estádio José Alvalade that the league title would be the club’s main priority ahead of the 2015/2016 season.

“It’s about time that Sporting took up its position as a candidate for all titles,” declared Jesus to a euphoric set of fans.

“From now on, Portuguese football will not have two, but three teams fighting for the title. It’s time to wake up this lion.”

Jesus’ energy and enthusiasm was reciprocated by the fans who chanted his and the president’s name, dwarfing claims that the fan base had been severely fractured following the sacking of previous boss and now Olympiakos manager Marco Silva.

Silva was dismissed by Sporting after he allegedly refused to comply to the club’s dress code in a cup game last season, meanwhile also being accused of missing various important meetings and holding talks with rival club Porto behind the Lisbon outfit’s back.

Critics of the manner in which Silva was sacked believe all the accusations thrown against Silva were used so that Sporting could appoint Jesus and dismiss the current Olympiakos man without having to pay his compensation fee, a fee which he has now waived.

The unveiling of Sporting’s new boss was also marked by the ‘Welcome Home’ tribute paid to the 61-year-old ex-Benfica man via a short video clip.

Jesus, registered as the 3,289th member of the club, played for Sporting in the 1975/76 season, whereas his father, Virgolino, also played for the green half of Sporting.

For Jesus, the hard work starts next week, as he welcomes back the majority of his current squad on the 6th July ahead of the new season.
Login to Quote

LFC
5 years
It will be tough. What are your aims on the continental stage and do you plan on bringing anyone in?
Login to Quote

Verdinho
5 years
LFC: For the moment, in Europe, whatever happens, happens. We've got a CL qualifier, so it's important that we qualify for that, financially. Winning the league is definitely a priority, though.
Login to Quote 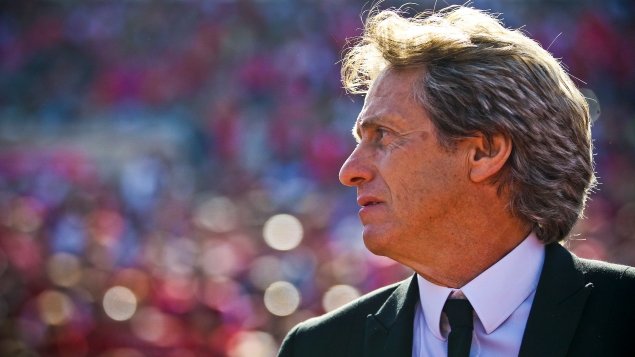 Jorge Jesus hasn’t made many friends since hopping over Lisbon’s fence to manage Sporting, and now it seems even Benfica’s press officer wants a piece of the three-time Portuguese league champion.

“I’m grateful for how ungrateful Jesus is,” tweeted Gabriel. “He shows us that we deserved a change!”

Benfica fans point to the faith once shown in Jesus by club president Luis Filipe Vieira, widely known as one of the manager’s biggest supporters during his six-year-tenure at the club. In 2013, Benfica went on to lose both the Europa League final and Portuguese Cup final, on top of also handing the league title to Porto after falling to a late goal at home.

The three failures in quick succession had fans calling for Jesus’ head, but it was Vieira who chose to stick with his man. Jesus may well owe his status as an elite Portuguese manager to Benfica, in particular Vieira, so are fans right to call him ungrateful?
Login to Quote

LFC
5 years
Interesting discussion. I think he does owe a lot to Benfica, but maybe it was the right thing to do to move on.
Login to Quote 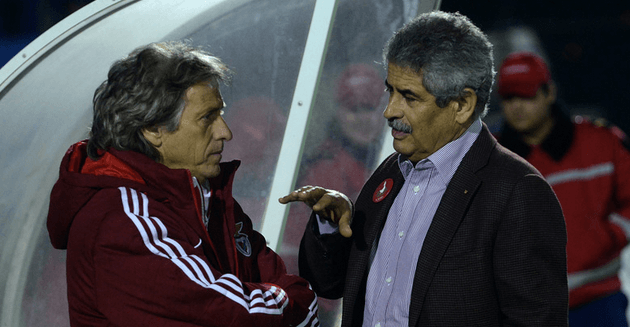 A source close to both new Sporting manager Jorge Jesus and his former club Benfica has revealed that the latter tried to force the 61-year-old to manage in Qatar.

According to this source, Jesus, club President Luis Filipe Vieira and super agent Jorge Mendes were all present in a meeting to discuss the manager’s future just days before agreeing a deal with Sporting.

With Jesus’ contract set to expire at the end of the month of June, Benfica revealed their plans to start a new era with a new manager.

In fear of Jesus agreeing a deal to manage rivals Sporting or Porto in the 2015/16 season, Benfica had arranged for the three-time Liga NOS champion to head out to Qatar and manage.

In Qatar, he’d wait for the right time to move back to Europe and was promised a deal with Ligue 1 holders Paris Saint-Germain once Laurent Blanc walked away from the club, a deal which would be brokered by his agent Mendes.

However, after being indirectly told that Benfica no longer counted on his services as a manager, Jesus abandoned the meeting and, according to our source, ignored various phone calls by Vieira and Mendes before agreeing a three-year-deal with Sporting.
Login to Quote

Jack
5 years
I like a Portuguese-based story, but I love a brilliant one, and I think that's what you're gonna do! Great start 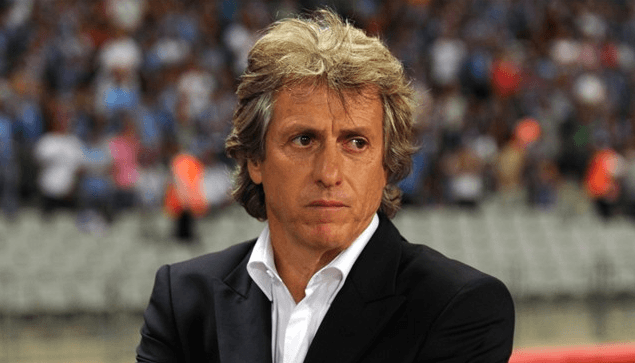 In the latest attack over new Sporting manager Jorge Jesus, it is rumoured Benfica were unwilling to renew the 61-year-old’s contract because of his constant neglecting of the club’s youth products.

Having invested millions of euros in the past six years on the likes of Ramires, Javi Garcia and Axel Witsel to name a few, Benfica chiefs were left in little doubt that Jesus would be the wrong man to command their new strategy, appointing Rui Vitoria instead.

The hope for Benfica is now that the club begins to bring through players with the club’s own DNA, making the club’s spending more sustainable as a consequence and improving its brand as a hub for young talent.

Benfica fans in support of the club’s new direction point to the apparent talent they’ve already mishandled, such as AS Monaco’s Bernardo Silva, Joao Cancelo from Valencia and Danilo Pereira, now playing for bitter rivals Porto after permanent spells with Parma and Maritimo.

All players are thought to have enough ability to be unquestionable starters for the current set-up of Benfica, which has blemished somewhat the view held by fans over Jesus.

Recent criticism of Jesus also leaves further doubts over the probability of success that he may have with Sporting, widely recognised for their commitment to youth players.

With Sporting not having the same amount of financial power as Porto or Benfica, many worry Jesus won’t be able to replicate his success across the city with his new team.
Login to Quote

TalkingBurger
5 years
Good job with the posts!
I wish you the best of lucks!
I might even do a football manager story myself!
Looking forward to seeing more!
1
Login to Quote

TalkingBurger: Many thanks! Would be great to see a rival story.
Login to Quote

Justice
5 years
Hopefully Jesus dips in to his new club's illustrious youth squad, he's got a great pool of talent there! (maybe even the next Ronaldo)
Login to Quote

Not a day goes by without Jorge Jesus’ name being emblazoned across all back pages and today it’s no different, as we aim to distinguish just who is responsible for Benfica’s recent success.

As it stands, Jesus has been built up as one of the great Portuguese managers, arguably the finest to ply his trade in the Liga NOS’ recent history.

Evidently, many Benfica fans will not forget what Jesus has done for the club, winning three league titles in the past six years, whereas without the 61-year-old, the Lisbon club achieved the same amount success over 14 years from 1991 to 2005.

But there are others who will be quick to tell you that much of Jesus’ success is owed to Benfica’s ‘structure’ which made it possible for Jesus to acquire the best possible players and more.

So for those worrying that their three-time champion has departed, especially to a rival, the counter argument to that is that the formula, or in this case, ‘the structure’ maintains its position at Benfica.

This very debate may even be why Jesus has decided to walk away from the Estádio da Luz, as both now go head-to-head in a bid to prove superiority.

Who is right? We shall find out this season.
Login to Quote