Verdinho
5 years
Jack & Walter: The thinking behind it is if he doesn't want to renew, what's the point in helping him progress attributes wise just for another club to take him for free next season. Let him rot!
Login to Quote

Justice
5 years
Ruthless, I love it!
Login to Quote


Can't argue with the logic! Unless someone like Chelsea or City come knocking, I don't expect you to receive any significant return on him, so this is the next best option.
Login to Quote 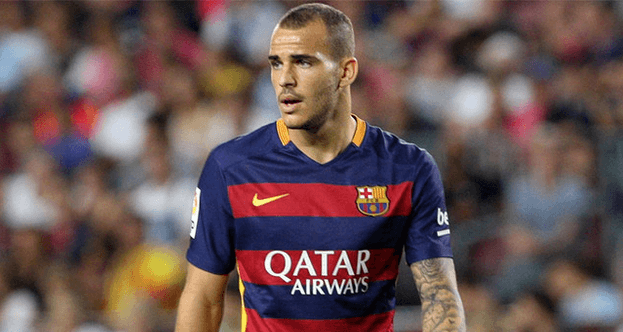 
Two areas we’re looking to strengthen are our wide positions and striker options. Signing Sandro would be killing two birds with one stone. By signing the 20-year-old, I hope he’ll add some much needed pace and adventure to our forward line, and meanwhile he may not be the most stellar of wing options, he at least adds to our depth, which is what we are after. I’m unsure of his value to the current Barcelona set-up, but any deal between us and the Catalan giants for Sandro is likely to be a loan move.


Luan is a very tricky winger, possesses an eye for the killer pass and is yet another Brazilian with bags of potential. His signing alone would make us unquestionable contenders for the title, and that’s demonstrated by the interest shown in him by Chelsea, Tottenham Hotspur and more. This makes the task of landing the 22-year-old a lot tougher, but a deal to take him to Sporting should cost anywhere between £4m - £9m, approximately.


Another player with great potential, I’m hoping Pione Sisto will at least look at Sporting as a club he can use as a stepping stone. Sisto is another with great technical ability and blistering pace, available for just £6 million if we activate his release clause. Having won the Danish Superliga last season and picking up 6 caps for Denmark, we may have to before the big sharks take note, but for now, he’s our Plan B in this window. 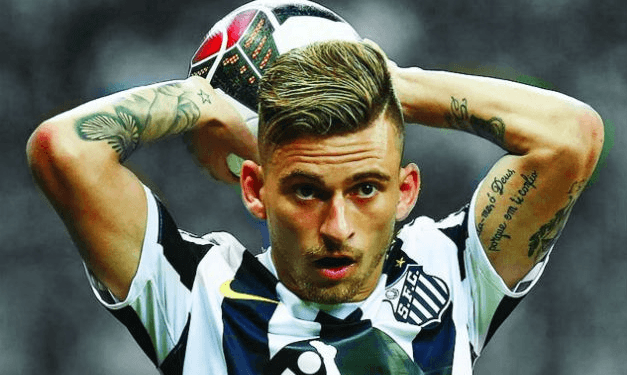 
Lucas Lima is yet another player to make his name at Santos, having joined them in 2014. At 24, signing Lima would represent a massive coup for the club and he’s a player who offers us something we don’t currently have; consistent creativity between the opposition’s lines of defence and midfield. A playmaker with an eye for goal, signing him is a bit of a pipedream, with Chelsea and clubs of that ilk all chasing him. Furthermore, Lima’s price tag is sure to be north of £8 million, so we’d have to do very well in the transfer market to afford him.
Login to Quote

Justice
5 years
So attacking reinforcements seem to be on the cards. Each and every player mentioned above would be a fantastic acquisition, but I do personally like Sandro the most out of the four 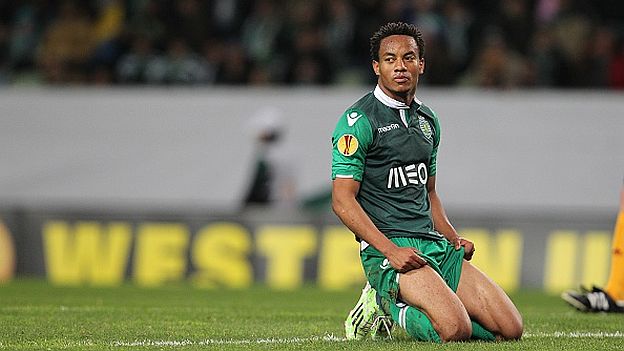 
Andre Carrillo represents a MASSIVE problem for us at the moment. Is he talented? Yes, which is why he’s worth £18 million. However, he’s totally unmoved from his decision not to renew his current deal, expiring at the end of the season. Even more worrying is the fact that Porto are one of the clubs interested, which is simply a situation we must not allow to unfold.

We’ve listed him up for £12 million, which is the lowest we’ll go, hoping for clubs to bite on that offer and for us to build on those negotiations with a bigger deal. Sadly, due to his third party ownership, we may only get around £3 million, but that’s a price I’m willing to take to prevent him joining a rival on a free transfer next season.


Although he is still 25, Andre Martins is one of those players who hasn’t really progressed at all since establishing himself as a senior player. He, like Carrillo, has just one year left on his deal, and with centre midfielders like William Carvalho, Joao Mario, Adrien Silva and Alberto Aquilani all in the ranks, we think now is the time to move on. 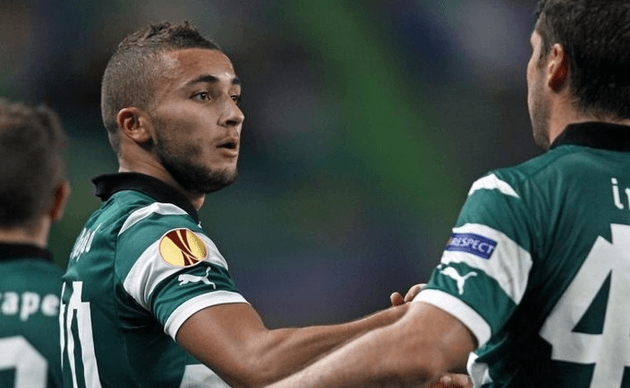 
Potentially, Labyad has all it takes to become a quality player for Sporting and beyond, but three years after joining the Lisbon club, the 22-year-old has lost his way. Labyad put together a fairly impressive record for Vitesse Arnhem last season, but there is very little guarantee that he’ll play as regularly as he likes at Sporting.

For this reason, as well as the prospect of his outspoken nature disturbing the squad’s harmony through complaining and the fact that he earns £28,000-a-week, we hope someone will take Labyad off our hands for around £2 million. 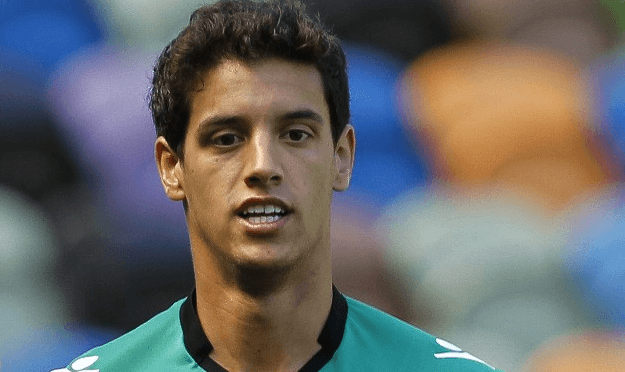 
Diogo Salomao scored the vital equaliser that saved Deportivo de La Coruña from relegation with a 2-2 drew versus Barcelona at the Camp Nou, so hopefully a few clubs took note. Once a promising youth product, a lack of opportunities in his early career really brought his progression to a halt, meaning that in this day and age, he’s little more than deadwood to us. 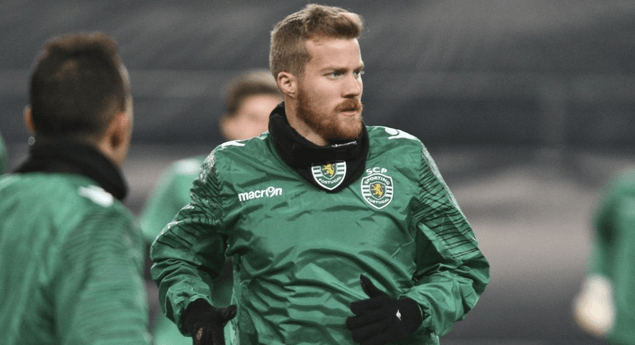 
Although he’s a decent player, Oriol Rosell never looked good enough to be within Sporting’s first team and looks even less so now with the arrival of Alberto Aquilani and young prospect Bruno Paulista. There’s interest in him from the MLS, so we hope that by offering him for half his stated value will make signing the Spaniard more accessible for clubs on the other side of the Atlantic Ocean.
Login to Quote

MJK46
5 years
I have been really enjoying this story and caught up!! i will be following it and Sporting is a club that has always intrigued me!!
Login to Quote

Live For FM
5 years • Edited
Labyad turned out to be very good in my save with QPR. Sad to see him transfer listed.

I agree with you in selling Carrillo for £12 M.

SooruSooru: Looks great, no doubt, but I don't think he'll get much game time in the formation I plan to use, which, consequently, means he won't turn out like that.
Login to Quote

Justice
5 years
Three big names on the transfer list, hopefully you can garner a tidy fee.
Login to Quote

Jack
5 years
Some big names on that list, interesting...
Login to Quote 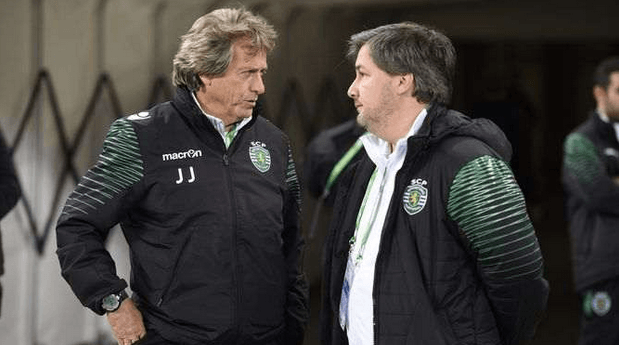 Sporting boss Jorge Jesus may have left Benfica behind to join their closest rivals, but the 61-year-old’s former club continues to follow him wherever he goes, in particular in the transfer market.

As the two go head-to-head for the Liga NOS title in the upcoming season with Porto, Benfica certainly seem to have picked up a psychological victory by beating Sporting to the signings of Kostas Mitroglou and Franco Cervi.

Having signed Bryan Ruiz from Fulham, Sporting looked to snag a second player away from Craven Cottage in Mitroglou, with Islam Slimani subject to interest from the Barclays Premier League.

After selling a striker themselves, Benfica also joined the race to sign the Greek international and pipped Sporting with a loan deal until the end of the season.

The Liga NOS champions also emerged as winners in the race to sign Cervi from Argentinian club Rosario Central, who joins Benfica in January.

Sporting are believed to have been lining up a move for Cervi as a potential Andre Carrillo replacement, but again they saw their move hijacked by rivals Benfica.

It has been reported in both the Argentinian and Portuguese press that Rosario Central’s board preferred to sell Cervi, dubbed ‘the new Angel Di Maria’, to Benfica, as they were unsure of the origins of Sporting’s funds.

More pressure is now put on Sporting to pull off something special in this transfer market, with their miseries set to be compiled further with the expected exit of Carrillo this summer.
Login to Quote

Jack
5 years
If you're losing Carrillo you desperately need a replacement! Interesting to see where you go from here.
Login to Quote 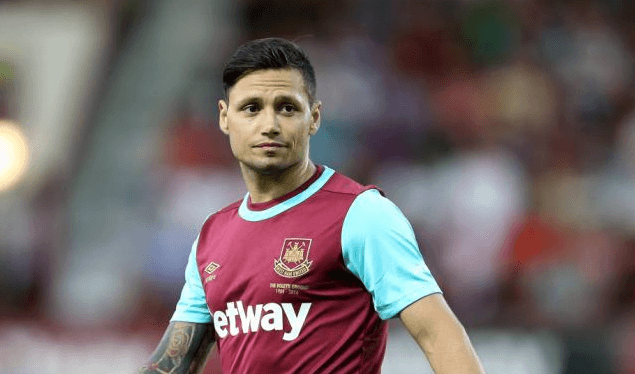 Despite attempting to conclude a permanent move for Zarate, Sporting settled for a loan deal and see the former Velez Sarsfield man join until the end of the season.

The Hammers can, however, recall Zarate at any moment throughout the season, whereas the 28-year-old’s arrival may well signal the end of Junya Tanaka’s time in Lisbon.

After losing out to Benfica on the signatures of Kostas Mitroglou and Franco Cervi to Benfica, Sporting has bounced back with the transfer of Zivkovic, a player tracked heavily by their rivals in the past.

Partizan declared an agreed fee of £1.5 million had been reached between the two teams via the club’s website early this morning, but a small additional fee was also paid by Sporting to the player’s agent who owned a percentage of his share.

Zivkovic pens a five-year-deal with Sporting giants and is rumoured to be on £15,000-a-week.
Login to Quote

Justice
5 years
Two massive signings there, they'll help in your title challenge for sure!
Login to Quote