Jack
5 years
Hahahahaha, that just reminds me of the times I've ended up next to a farting machine at football matches, brilliant update, Glenn

Glenn T
5 years
SooruSooru: Check the first post of this story again then.

Jack: That sounds nasty, hope you don't run into any more of them in the future. Well, I say that, but I do have my fair share of farts from time to time

Liverpool fans were expecting the worst after hearing that the virtually unknown Hachiman Hikigaya had been called in to replace Brendan Rodgers. However, Hikigaya has pulled off a fairly decent pre-season, with his Liverpool side unbeaten in five friendly fixtures, winning thrice and drawing twice. 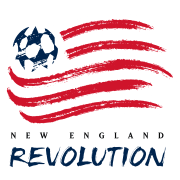 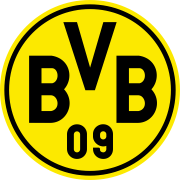 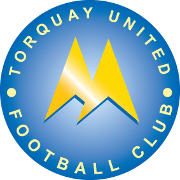 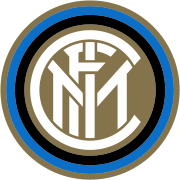 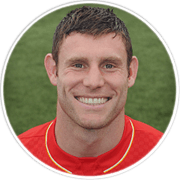 James Milner has been the standout player in Hikigaya's new-look team and demonstrated just why Liverpool had pursued his services after his contract at Manchester City expired. A force to be reckoned with in midfield and the mastermind behind most of Liverpool's goals this pre-season, Milner could play a big part in driving Liverpool to the top four. 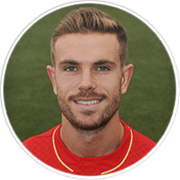 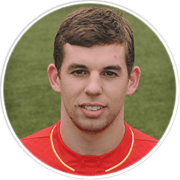 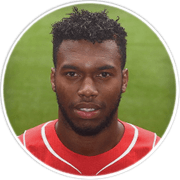 Liverpool's trio of Englishmen played no part in pre-season, with Henderson injuring himself in training while Flanagan and Sturridge continue to recover from an injury-plagued 2014/15 season.
Login to Quote

Nice improving of form througout the friendlies, and good luck for the start of the season now.
1
Login to Quote

Verdinho
5 years
Good pre-season. Hopefully Sturridge performs for you once fit. I've seen countless saves where he gets caught in the cycle of injuries and his ability gradually diminishes. Good to see Benteke grab a few goals, though. At least you know your attack has something about it without Sturridge.
1
Login to Quote

I am very jubilant now:

Glenn T
5 years
InfraRed: Thanks man, I get them from Stam's Scope Faces Megapack, which I also use in-game.

Verdinho: Yeah hopefully I can get something out of Sturridge, injury prone but definitely a cracking player. And indeed, Benteke's not been half bad so far!

SooruSooru: I'm not sure why you're telling me this
Login to Quote 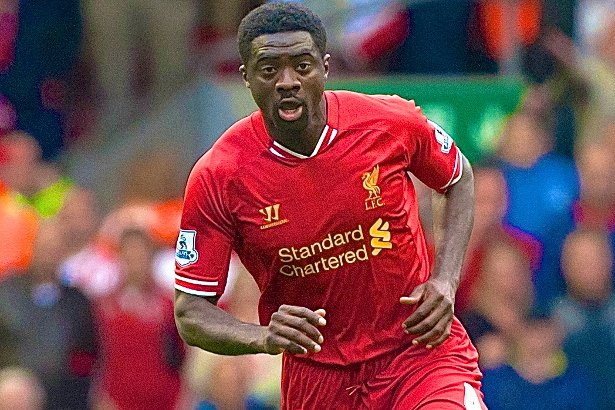 The two bit-part players had contracts due to expire at the end of the season and the club's decision to cash in on them reaped a return of around £2 million.

By the time he arrived at Liverpool on a free transfer in 2013, the Ivory Coast legend was past his prime, appearing in just 32 league games over two seasons.

Already behind Martin Skrtel, Mamadou Sakho and Dejan Lovren in the pecking order, Toure's first team opportunities at Liverpool diminished even further with the signing of young starlet Joe Gomez prior to Hikigaya's arrival and he was allowed to find a new club.

Marseille, 4th place finishers in Ligue 1 last season, will be the 34-year-old's next destination, where he is expected to provide competition for the likes of Rolando and Nicolas Nkoulou. 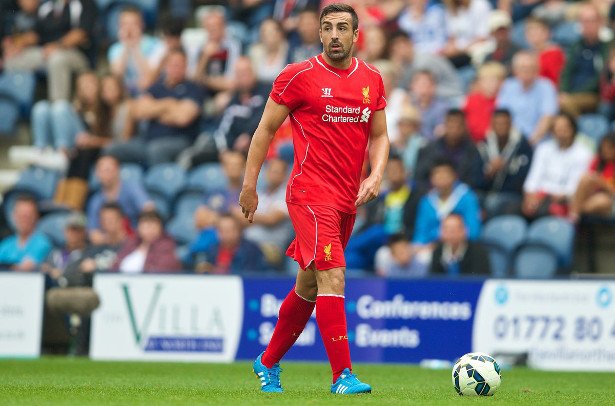 
Next on the list of departures is Enrique after the left-back was given the green light to seal a reunion with Villarreal in his home country.

After eight years in England, half of those spent as a Liverpool player, the Levante youth product will be returning to Spain for a second stint at the Yellow Submarine, whom he represented for a single La Liga season in 2006/07.

Enrique ends his time at the Anfield outfit after 76 Premier League games. The 29-year-old established himself as first-choice at left-back following his move from Newcastle, but a series of injuries, including a damaged knee cap that kept him out for 8 months, spelled the end of his Liverpool career.

The Spaniard was restricted to just 9 appearances in all competitions last season and his social media activities generally attracted more attention than his performances on the pitch.

It is fair to say that Villarreal was the club that helped to get Enrique's career on track, and he will surely be hoping that it is also the club to revive it.

More importantly for Liverpool, the sale of Enrique and Jon Flanagan's long term injury means that there will be no cover for Alberto Moreno on the left side of the Reds' defense.

It is rumored that several players are on the club's radar, most notably Jetro Willems of PSV Eindhoven and Wendell, who plies his trade for Bayer Leverkusen in the Bundesliga.
Login to Quote

Hachiman Hikigaya is a Terrible Negotiator


Being a fairly obstinate person, it feels hypocritical to say this, but I dislike talking to stubborn people.

Holding conversations with such people felt more of a chore to me than an actual conversation. Aside from refusing to listen to anything that comes out of your mouth, they also reject every single one of your suggestions and proposals.

I have had my fair share of stubborn co-workers and I avoided them whenever possible. Of course, they shunned me like the plague, so it wasn't too much of a challenge to ignore their existences.

"Okay, how about £15 million for Wendell?" As I spoke into the phone, I kept my eyes on the screen of my desktop to made sure that I'd got the correct name. Staring back at me was a Wikipedia profile of my first transfer target, Wendell.

"I manage a football club, not an oil company."

"Then I'm afraid there's nothing else to say, Mr Hikigaya. Wendell is an important player for us and we aren't going to sell him for anything less."

"Look, you paid £5 million for him only last year. There is no way he's worth £60 million," I pointed out, scanning the information on my computer.

"He isn't," came the admittance of the man over the line. "This is modern day football, Mr Hikigaya. I'm sure Gareth Bale wasn't worth the amount of money Real Madrid paid for him."

"Alright," I said, as I searched up Gareth Bale on Google wondering who he was. "So you're not willing to let Wendell go at all?"

I skipped the pleasantries and cut the call immediately. No chance in Hell was I going to give him a polite "goodbye".

No one informed me that being a football manager meant having to deal with annoyances like this. My first conversation regarding player transfers had been a disaster and I was already dreading the next one.

Closing the tab of Gareth Bale's Wikipedia profile, I clicked onto another window I had open, coming face-to-face with my inbox of endless e-mail messages.

The most recent one was from Hayama, a shortlist of left-backs and their clubs. As Liverpool manager, it was apparently my job to start negotiations and persuade the clubs to part with their players.

I had only spent about ten minutes into this task, but I knew straightaway that I loathed it.

"Hello, is this Phillip Cocu? Yes, this is the manager of Liverpool. I'm calling to enquire about your player Jetro Willems..."

I typed in a quick Google search of the player in question as I trapped the phone in between my ear and left shoulder. Wikipedia told me that Jetro Willems was a promising Dutch footballer.

"We are willing to offer around £7 million."

Fantastic, here was someone who knew how to negotiate properly. "£10 million sounds great. Do we have a deal?"

"Yes, although I'm sure you are aware of Jetro's knee ligament injury?"

I frowned. "No. Enlighten me."

"He will not be able to play for about four months. If you are still interested, then sure, we have a deal."

I couldn't help but sigh. These silly obstacles just kept coming and coming. Again, being too frustrated to offer a parting word, I cut the call prematurely.

My eyes flickered back to the screen. This was it, the last name on Hayama's three-man shortlist.

For the third time that day, I punched in the appropriate numbers on my office's telephone and awaited a response.

The man who picked up the call possessed a gruff voice and a thick Italian accent.

"Hi, you have reached Napoli manager Maurizio Sarri. What can I do for you today?"
Login to Quote

Live For FM
5 years
You sold them . that's pretty good 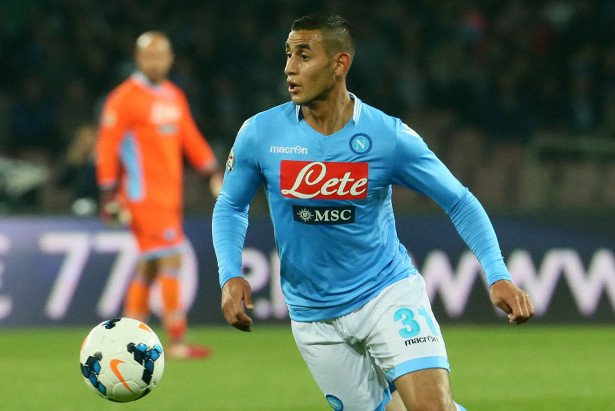 Liverpool Football Club have confirmed the signing of Napoli left-back and Algeria international Faouzi Ghoulam for a fee of £16 million.

Ghoulam, who has also been monitored by the likes of Arsenal and Chelsea this summer, linked up with Napoli just over a year ago from boyhood club Saint-Etienne and helped the Italian club to win the Coppa Italia and Supercoppa Italiana in 2014.

With 38 games played over one and a half seasons, it is fair to say that the 25-year-old flourished at Naples, but he has decided to cut short his time in Serie A for the most challenging league of all.

Ghoulam will sign a four-year contract with Liverpool and represents an upgrade on former Reds player Jose Enrique, who departed for Villarreal earlier in the transfer window.

However, it will not be easy to cement a first team place immediately ahead of Alberto Moreno, who is expected to be first-choice at Ghoulam's position this season.

Ghoulam, whose experience of playing in two different competitive leagues despite his young age could prove valuable for Liverpool, will be joining his new side immediately to prepare for their upcoming Premier League opener.

For £16 million, there will be pressure on the former France Under-21 international to perform and it remains to be seen if he can handle the weight of expectancy well.

At the very least, there will be no communication problems between Ghoulam and his new teammates as he demonstrated his ability to speak English in an interview with LFCTV.

"It's very good to be here. Playing for a club like Liverpool is what a lot of people dream about and I'm proud to be able to be here.

"What's important is that I want to help Liverpool and hopefully win a couple of trophies at the same time while I'm here."

Following the conclusion of their latest signing, which brings the club's tally of new players this season up to eight, Liverpool must now focus their attention and efforts onto new manager Hikigaya Hachiman's first Premier League fixture - a crunching derby clash against bitter rivals Manchester United.
Login to Quote

Diazepamll
5 years
Nice story, its great.. i would give all that i can write properly english and have inspiration for something like this. 10/10. Gl hf mate.
1
Login to Quote

Jack
5 years
Nice update. Will only make Moreno work that bit harder to stay in the team