Dean Thomas was born in 1980, to a muggle-born mother and a wizard father. He never knew his father, therefore he never knew about the wizarding world until he was 11. Up until then and beyond, he was an avid supporter of East London football club West Ham United.

At Hogwarts, Thomas was in Gryffindor house, alongside Harry Potter, Ron Weasley, Hermione Granger, Neville Longbottom and Seamus Finnigan. In his sixth year, he became a chaser for the Gryffindor quidditch team, when Katie Bell was ruled out of action after touching a cursed bag.

Since he left Hogwarts, Dean has established himself as one of the finest chasers in British and Irish quidditch for Chudley Cannons. Quite unfortunately, a devastating blow to the ribs from a bludger forced him into an early retirement.

Hermione Granger was also born in 1980. Unlike Dean Thomas, Hermione is 100% muggle-born, although following a memory charm Hermione performed in 1997, her parents are no longer aware that she ever existed.

Granger also studied at Hogwarts and was in Gruffindor house alongside Ron Weasley and Harry Potter. The three of them achieved tremendous accomplishments in the wizarding world that eventually lead to the demise of Voldemort.

After leaving Hogwarts, Hermione became a senior figure within the Ministry of Magic, and eventually married Ron Weasley. High-paying jobs for the two left them well off, and they made a major investment in January 2015, when they completed a takeover of quidditch club Puddlemere United for 100 million galleons (£20 million). 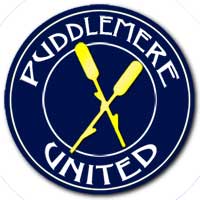 Founded in 1163, Puddlemere United are 22 times champions of the British and Irish Quidditch League, having won the European Cup twice.

Their closest rivals are the all-women's team Holyhead Harpies. This rivalry reached breaking point in the late 90s when a riot broke out after the game, despite wands being confiscated prior to the game.

Following their takeover by the Weasley-Granger family, Puddlemere United embarked on a branding campaign. Hemione Granger decided the club should branch out into the muggle world with a football team, taking inspiration from the way football clubs such as Borussia Dortmund and FC Barcelona had branched out into different sports.

Under the recommendation of avid Chudley Cannons fan Ron Weasley, Dean Thomas was appointed as the manager of the Puddlemere United Football Club.

Puddlemere United FC will begin life in the muggle world under Dean Thomas in the Vanarama National League South, in the place of the recently dissolved Basingstoke Town.
Login to Quote


Irish half-blood Seamus Finnigan is said to be missing. The Hogwarts graduate and former member of 'Dumbledore's Army' that defeated the Death Eaters in the Second Wizarding War was last seen on the 30th June 2015.

A statement from Harry Potter, chief auror at the Ministry of Magic said:

"The disappearance of Mr Finnigan is being treated as suspicious. We suspect it is the work of former Death Eater Lucius Malfoy, as revenge to Dean Thomas, who has taken the bold step of managing the muggle football team of Puddlemere United. At this moment in time, the Ministry are taking extra measures to ensure the security of Dean Thomas, as well as to recover his closest friend Seamus Finnigan"

Although there is little evidence to suggest that Lord Voldemort's ex-followers are on the rise once more, the Daily Prophet will continue to keep it's readers updated on these suspicious happenings.

Murtagh
5 years
This is amazing

Radders2109
5 years
I second what Murtagh said, this is amazing!
Login to Quote

You are reading "Dean Thomas: Back in the Muggle World".