Manchester 62 F.C. is a football club based in Gibraltar. The club was previously known as Manchester United (Gibraltar) F.C., having officially changed from the 2013–14 season.

The club was founded as Manchester United F.C. in 1962, named in honour of the English club Manchester United by a group of supporters, after the manager Matt Busby gave them permission to use the name. They play in the Gibraltar Football League's First Division. United play their home games in the Victoria Stadium. In 2013, UEFA gave the Gibraltar Football League one place each in the qualifying rounds of both the Europa League and the Champions League, meaning that, for the first time, the two clubs could potentially meet in the same competition. 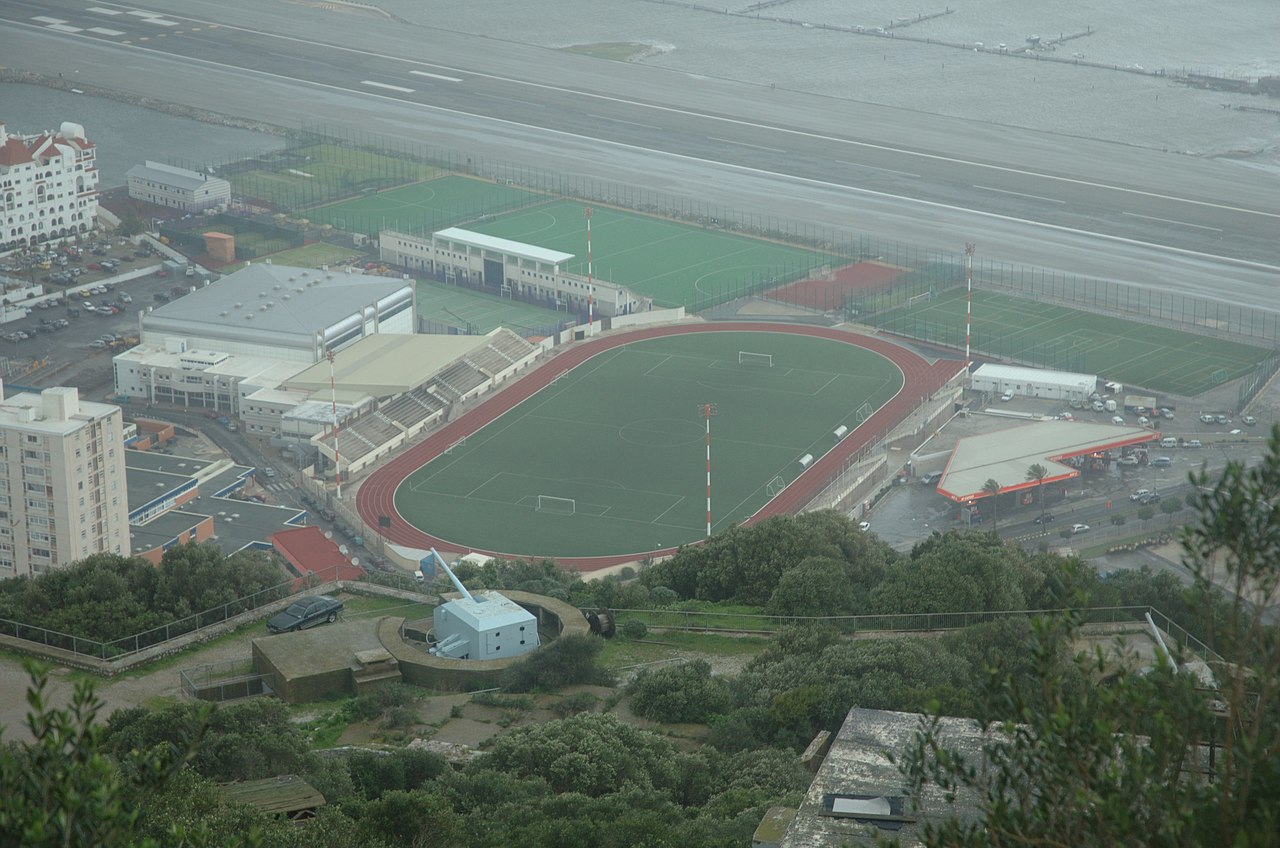 I am very excited as I get to meet with a few people of the media today and let them know what I am all about. What is really cool about this is the press conference will be at the stadium and the view of the Rock of Gibraltar is just so cool to see. Anyways I hope they can understand me as some times my English sounds a bit off with the accent.


John Charles Camilleri:"Good afternoon, I would like to welcome you to this introductory press conference for Teemu Nieminen. He would like to start with some welcoming remarks"

Teemu Nieminen: " I am really happy to be here and ready to get this club to a higher level"

"Alright, Teemu, let's begin the questions. First, let's go with your new job. What are your feelings on being the manager at Manchester 62 F.C.?"


" I am very honored that the chairman puts his trust in me as someone who has never managed before, I really like the plan that is put in place by him and I think with some hard work we can become a powerhouse."

"Well as you know this club was named in honor of Manchester United, what are your thoughts on the Premier League club?"

"I honestly have not though about that at all especially since this club took out the United name, I am not a fan of them or really any major team except Kuopion Palloseura my hometown club. Also I am more of a hockey fan than football."

" What are your goals for this club?"

"Well my goal is to get this club a championship or two and stop Lincoln Rep Imps from dominating even more, it will take a lot of work but I feel we can do it."

"Could you please talk about your play style?"

"Obviously you have no managing experience or knowledge of Gibraltar Football Culture, how will you adapt and have the players warmed up to you yet?"

"Well I am taking it day by day studying film and learning about the players and teams. I have not meet with the squad yet but I have a feeling that they will have no issues with me as I was a semi pro player myself."

"One last question, Will you be concentrating solely on the league, or will you be focusing more on the cup competitions, like the Rock Cup and the Premier Cup?"

" I want us to succeed this season and play well, the thing is I really do not want to get ahead of myself here because we need to take things one match at a time. This squad honestly needs some work and that one by one approach will be much easier on us all."

John Charles Camilleri:"Well it looks like that is all for now thank you for coming out to this today and there will be a meet and greet if you would like to get to know Teemu a little more."
Login to Quote

Atoobie
4 years
Love the presentation of all this, will be reading
1
Login to Quote

Griffo
4 years
I hope you fail (still hating on United even if it isn't United) hahah good luck man!
Login to Quote

mgriffin2012
4 years
Good luck mate! Don't all the clubs in Gibraltar share the stadium or something like that, think i heard it on a european football podcast?
Login to Quote

MJK46
4 years
Atoobie Thank you, I hope this is just as enjoyable as the other story for you

Griffo Haha we will be the best Manchester side. Manchester is a rock

mgriffin2012 Yes they do so I have a feeling my matches are going to be moved around a lot.
Login to Quote

So today is the first of July and that means it is the first day of camp. I am very excited as the majority of players have returned and look like they are ready to go. For today I have decided to split our two sessions into two phases. In the morning will be the fitness test and in the evening will be a scrimmage between the players.

The first part of the day has been really good so far even though it is early in the morning. All of the players showed up on time and look ready to start the season off. When I had introduced myself the players looked really eager and ready. I told them that one of my goals was to get us to Europa League. I was shocked that they agreed. I was feeling after last season it might have been too ambitious.

Well the players were off with our fitness coach this gave me time to meet with the staff. Today was the first day I really got to sit down with them and go over all things that I have been wanting to go over. The biggest thing was that I need them to understand how my system works. I am incorporating the Finnish training system to the club. I hope they can quickly adapt to it. Anyways while the players were off I was able to get a scouting report on our key players.

Apparently he is the captain and is really good. Cristian is one of the oldest players on the squad and still seems to be at a good pace. I hope he can continue his good playing

This guy is clearly our best player despite his age. I have no clue how this board got him here but this is awesome. His biggest upside is that he can play many defensive positions. I look forward to working with him.

Wow Jamie looks like the guy to lead us into the future. At 19 he has everything that I want in a player especially for a striker. This kid already has three caps for the national team and I have a feeling he will get more.

Jack is only 20 years old and already has 11 caps for the national team. He is going to be one of our best players in my opinion. The biggest thing about my tactic is that the midfielder is one of the most important parts to the tactic so he will flourish under it.


In the evening it was time for the scrimmage and I as well as the others were excited for it. Overall it was really disappointing. Team A lost to Team B by a score of 2-0. The thing is that Team B had most of the key players I was looking at for the season. One thing I noticed was that they had a lot of trouble with the 4-3-3. They better get used to it quickly or things wil go south real fast. mgriffin2012
4 years
Really glad youve got going now, looking forward to this, Gibraltar is going to be a really interesting challenge!
Login to Quote

Griffo
4 years
I'm sorry I just still can't get past the fact that you are a side designed on Manchester United...
Login to Quote

Balik
4 years
Great to see your young players are internationals already! And what the hell happened vs the reserves?!?!
Login to Quote

Griffo Haha such a hater

Balik Because we suck
Login to Quote


In just a little over a month new manager Teemu Nieminen has started to make some roster moves ahead of the new season. He said that there could be more signings in the future but for now he is pleased with the two added. Manchester 62 F.C. would like to welcome these two faces. Here are the moves that were made this summer We would like to welcome Kevin back to the club. Previously before his time last season with Glacis Utd he was a member of our squad between 2013-2015. Last season he did not make any appearances with Glacis and is looking to make an impact on his return. For Gibraltar's Red Devils the 2014-15 season was one to forget for supporters as they finished fifth place in league play. John Charles Camilleri the clubs chairman made a very risky move by letting go previous manager Kiko Preito and bringing in a unproven foreign coach. Will new manager Teemu Nieminen be able to bring sucess back to a club that has not seen a league title since the 1998/99 season it is still to be seen.

During his first preseason his club looked lost in the a few of the four matches that were played. During this time where the club went on a road trip across the border and faced one team here in Gibraltar, the club would split it with two wins and two losses.

The biggest concern from the four matches is that the team seem to have been struggling with Nieminen's 4-3-3 system. A lot of the times the players seem to be out of position and could not cross when it was needed. Another problem that was evident is the lack of conditioning the club seem to have. During the matches the players were incredibly tired and a few seemed out of shape. This could bring problems for the season.

For Manchester they have just finished their first transfer window under Teemu and it was interesting to say. There were two signings this window when there should have been more and it was a mixed bag.

The second transfer is the dumbest move in my opinion. Signing Carl Ignacio from Gibralter United was a huge mistake. The kid is only 20 and is so weak he might as well quit. Ignacio will probably never get any playing time this season. Just look during the ,match against San Fernando he couldn't play right and missing too many calls to boot.

Overall Manchester 62 F.C. get a C- grade. This was due to the signing of Ignacio.

The 2015/16 season will be one of the most interesting seasons for this club under their new manager. It will be a tough call to see where they end up and how they will play. If the team can somehow adapt to the 4-3-3 I can see them anywhere in the top three of the league but if things are still going wrong as of today I would have them between third and seventh place.

They have a lot of work to be done before the first match on 26 September against Angels.
Login to Quote

mgriffin2012
4 years
A bit of a mixed pre season there mate but hopefully you can pick it up in your league form!
1
Login to Quote