ScottT
4 years
MJK- I wonder why you're saying that...

Justice- I'd rather let Lewie's sheep model them

Birmingham boss Nigel Pearson has warned his players ahead of their opening game against newly promoted Colchester United this weekend.

The Championship season kicks off this weekend for Colchester United at home to Birmingham to mark their return to the second tier after a ten year absence, however the club are huge favourites to face the drop this season alongside Barnsley and MK Dons.

There has been a large turnover of players this Summer at the Weston Homes Community Stadium with a large exodus of youth players being joined by eleven senior players, however twelve signings have been made by manager Paddy McLaughlin this window as the club seek to stay in the division.

Birmingham are the visitors at the weekend and Nigel Pearson's side certainly won't lack physicality. The ex Leicester boss has looked towards youth when assembling his team this year with the signings of Josh Simpson from Chesterfield and Martyn Vernon from Accrington joining the trio of young Premier League loanees who also arrived at St Andrews.

The Blues finished eight points above the relegation zone last season, recording a 19th place finish in the Championship, something that 'disappointed' Pearson, who arrived halfway through the season after the sacking of Brian McDermott.

Whilst the two sides have both had to spend wisely due to a lack of financial backing, both sides will be confident with their strike force. Pearson's side will be dangerous after the arrival of Pietro Iemmello on loan from Sassuolo but Bradley Fewster will be hoping to make a name for himself in the Championship after two successful seasons with the U's in League 1 and 2.

Both managers held a press conference yesterday ahead of the weekends clash.

Nigel Pearson: "We have prepared well as a team over pre-season and are looking to kickoff our season better than we did last. I was disappointed with the final table last season and I want to ensure we make an improvement this season.
Colchester will be a very dangerous side, they're somewhat of a new face and have enjoyed a good couple of years with their manager so we can't afford to be overconfident and that's something I've told the players."

Paddy McLaughlin: "We're looking forward to getting the season underway,
it's going to be a huge challenge for myself and the squad but one we're excited for as a group. Birmingham are a good side with a very successful manager in Nigel Pearson and we will have to play our socks off in order to get the season off to a good start. A good start will certainly set the pace for us, so it's vital we do well."
Login to Quote

Justice
4 years
He's right, they should be worried! Colchester United will win all 46 league games this season, I'm betting on that right now!
Login to Quote

Colchester recorded a 2-0 win on the opening day of the 2018/19 Championship season to mark their return to the second tier over Birmingham.

The club returned to the Championship for the first time since 2008 to a sellout crowd at the Weston Homes Community Stadium. The ground had underwent a slight makeover during the Summer as the club upgraded the capacity to 14,500 to match the recent changes to the minimum capacity allowed within the league.

Nick Pope, Corey Jordan, Simone Palombi, Jackson Irvine, Grant Leadbitter, Sullay Kaikai and Andre Schembri all started for the U's to make their official debuts for the club, whilst Sol Bamba came off the bench during the late exchanges of the game. Sean Kavanagh would make his first start since making his loan move from Fulham permanent, Bradley Fewster wouldn't make it off the bench.

Birmingham also lined up with a strong eleven, Ryan Shotton did feature despite widespread interest from Derby County, who appointed ex Brummie boss Gary Rowett earlier this month. Lukas Jutkiewicz led the line for Birmingham after Pietro Iemmello would miss the season opener with injury.

Birmingham boss Nigel Pearson was looking for a stronger start than that they had with Brian McDermott last season and they nearly took the lead with the first real chance of the game in the 31st minute. Karim Frei's darting inside run found Che Adams who teed up Jutkiewicz however his effort was straight at Nick Pope.

It was the visitors who were getting the chances in a rather low-quality first chance. Jutkiewicz again came close, however his header from a long ball upfield from Ryan Shotton was easily held by the Colchester keeper Pope again.

Colchester were very much kept quiet until the goal, which came right on the stroke of half-time. A lovely passing move was how the goal came about as just about everyone got involved with a pass or two until the ball found Andre Schembri on the edge of the area who placed the ball perfectly into the top right hand corner.

Their lead was doubled early on in the second half as a corner from Grant Leadbitter was bundled around the box until it fell to Sullay Kaikai, who's effort originally seemed to be flying harmlessly past the goal, wickedly deflected off Kieftenbeld knee and past Joao Virginia in the Birmingham goal.

With that goal seemed to be the end of any Birmingham attack as the Blues players looked out of ideas and highly fatigued. Admiral Muskwe did provide a little bit of pace up front as he came on for a frustrated Jutkiewicz, however lacked any finish if a rare attack did come for the visitors.

Colchester were unlucky not to go 3-0 up late on as a long-range effort from Jackson Irvine was tipped over the bar spectacularly from the Birmingham keeper, one of very few Blues players who could realistically say they had somewhat of a decent afternoon.

Paddy McLaughlin's side did hold on for a well-deserved 2-0 win however, marking a strong return to the Championship and the perfect start for the U's as they look to survive in the second tier. The Irishman claimed it was 'vital to start well,' and this afternoon was 'the first step to doing so,' he claimed after the game.

De Magere
4 years
Great to open the season with a win! Hopefully it will give the team a boost.
Login to Quote

mgriffin2012
4 years
Get in there! A great start to win on the opening day
Login to Quote 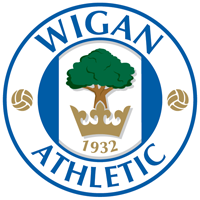 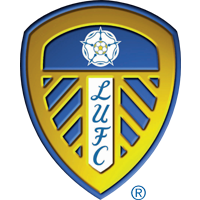 Justice
4 years
Well, two wins from four isn't too bad a way to start the league season at all!
Login to Quote

mgriffin2012
4 years
Would be delighted with that start if that was my side!
Login to Quote

ScottT
4 years • Edited
Just realised I forgot to reply to comments before the previous update so I'll do so now!

Justice- I'm not complaining at it at all.

Griffin- As would I!
Login to Quote

De Magere
4 years
Looking at some mid-table team results here! Looking fine till now, hopefully you can improve some more, who knows what can happen then.
Login to Quote