Home to Colchester United, newly relegated to League 2 for the 2016/17 season, the first time the club has been in this tier since their promotion in the 1997/98 season. It's been a torrid few years for the team, since being relegated from the Championship in 2008 they failed to stabilise and finished mid-table for numerous years before narrowly surviving on the last day in 2013, finishing 20th and the next two seasons finishing in lowly positions also. Ultimately, the club finally were relegated in 23rd last season, leaking just under 100 goals that season.

The aim is to change this. To turn the fortunes around of this Essex based club and take them back to the Championship and beyond. It's very much been a summer of change - the likes of George Moncur and Alex Gilbey joining Championship clubs with others to League 1 clubs. Thus meaning it's very much a fresh rebuild for us. What will occur? We will soon see!

Well, I'm back... yeah. I never thought this would be the case but I've really enjoyed this year of FM and find it a good way of relaxing - writing on it can only help. After the two previous attempts of stories failed, mostly due to personal reasons, I can't wait to get something going and with a club that... I don't mind to be fair, Colchester are a well run club and obviously play in the same league as my beloved Accrington, so I know a little bit about them already. I'm planning on making this a proper story, you'll soon see what is meant by this. The ultimate aim is to try and get people reading and joining the site, it's been a real damn shame coming back to see how quiet the site is nowadays, let's change that. Up the Colchester boys.
1

Mr_Mojp
3 years
One of my Local (ish) Teams Have fun with them. looking forward to the story.
Login to Quote

Mr_Mojp
3 years
One of my Local (ish) Teams Have fun with them. looking forward to the story.
Login to Quote

Colchester United have this afternoon announced that Patrick "Paddy" McLaughlin will become the new boss, following the resignation of Terry Humes.

The 20 year old, who will be taking over at his first professional club after a range of success in his home country of Ireland in the amateur divisions, has signed a year contract with the recently relegated side in an attempt to "restore past glories," as stated in a statement on the clubs website.

He will become the youngest manager in football - two years younger than James Phillips who led out Romsey Town against Fareham Town in the Wessex League Division One earlier this year.

McLaughlin told Radio Essex, "It's been a torrid few years at the club and I'm determined to be able to change this. The pressure is large with my age and so, however I'm relishing the challenge and I'm confident in my abilities to be able to do just this. Progress is key and I can't wait to be able to watch this side kick off the season on the 6th August."

Colchester will kick off their season on the 6th August away to Hartlepool United.
Login to Quote

MJK46
3 years
I bet Paddy will become a legend!!
Login to Quote

The Story Of Paddy McLaughlin

Raised in the streets of Dublin with a football at my feet. Football was the thing I turned to throughout my childhood, my mother was always at work trying to put food on the table whilst my father drunk his way to his grave. A typical Irishman he were. School was difficult for me, I was far too distracted but, despite all the hardship I am a proud man, writing this for the world to see.

We rewind to age 16, I left school with the basic grades in Maths and English - I was lucky enough to be given the opportunity to train alongside my uncle at a local football club, here I would discover my dream in becoming a football manager. I was very much taken under his wing, he himself was an established coach and so I was very much an apprentice to him. Sadly, he passed away but it gave me the opportunity to take the club fulltime and continue the legacy he left, winning many trophies and dominating our district amateur leagues, inevitably we became national champions.

Throughout the whole experience, I attended courses in order to provide the coaching badges to take the next step. The step to become a professional manager and follow in the footsteps of some of Ireland's greatest such as Jack Kirwan and more recently, Martin O'Neill. I achieved a National B license, though this left myself and my mother, who was very much a rock by my side, in a load of debt. However, look where it's got me.

I write this proud of my achievements, I write as the new Colchester United manager, to even be in England is something to me and a dream has come true. I can finally say that my dream has been realised and that I can make my father proud, that's if he isn't drinking. Regardless, I need to not let this overwhelm me and focus on the task at hand. The club has been in free fall and it needs to be stopped and reversed. The McLaughlin legacy begins.
Login to Quote

ScottT
3 years
MJK- Cheers mate and far too much. Perhaps it'll be revealed in a later entry.
Login to Quote 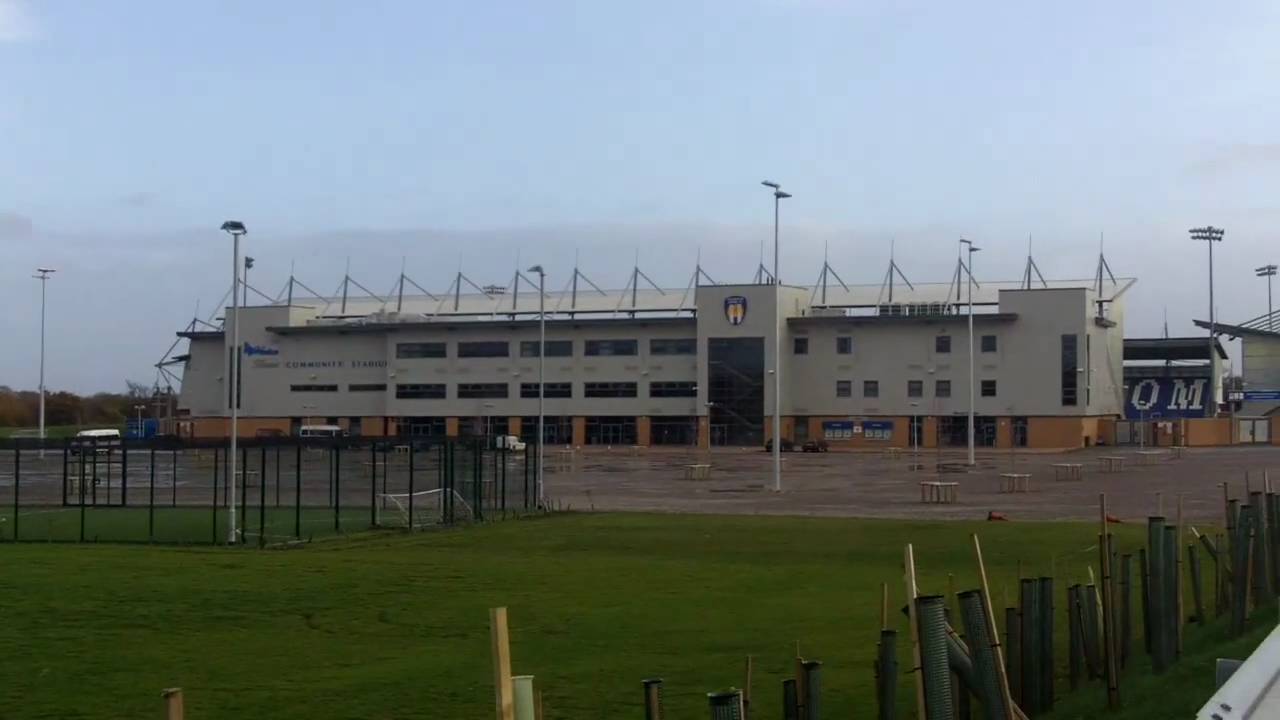 The alarm sounded blaring out 'Champagne Supernova,' some say it's wrong to have your favourite song wake you up in the morning because it can quickly make you hate that song, but to me it was the sound of a new chapter in my life - something I couldn't wait to get in to. I flung the duvet off myself and checked I had all the essentials for the day. I put on my suit, the one with the pink tie, some men can't pull off the pink but I think I could.

The phone rang, it was mum. I couldn't decline the call or I would be in the bad books, so I answered. "Patrick! I just called to make sure you were up and ready for the big day, you can't be late you know." I laughed, causing her to rant at me about how she is only showing she cares. "Yes mother, I'm ready. I must dash, later." I hung up, I could only imagine my mum sighing as I did so - she always has to be the one to hang up, I had one of those over the top parents.

An hour or so later and I was ready, I waved goodbye to the Premier Inn receptionist for the day, she was a kind woman as we had spoken upon arrival yesterday for a little bit. I believe her name was Crystal, though I'm not too sure and I got into the car and drove off to the clubs reception outside the ground.

I knew I was going to arrive on time though I had to keep checking the time, I seem to always panic regardless but as I saw the floodlights towering around the block I knew I was there. I pulled up to the car park nearby and took a deep breath before entering the building. I was very much full of nerves, but the breathing helped. I was met by a tall man, "Mr McLaughlin!" He said cheerfully, "Welcome!"

He introduced himself as Mr Noble and began showing me around the building. I wasn't expected to be training with the players today, the club wanted me to become familiar with the setup first which I found comforting, rather than being thrown in at the deep end. I was shown a number of trophies and memorabilia from past times, it was very much a trip through history in which I enjoyed and made me more determined to get the better times back.

"I hope this was of some use, sir," Mr Noble said to me, "I am very excited to see what you have in store for this club - you are something fresh and that was what was needed here. Good luck." I shook his hand, he had a firm handshake at that, "Cheers, I hope I bring some of the success back to these parts," I replied.

I had a few interactions with different members of the team, I met some of the backroom staff like my new assistant, Steve Ball. He was a middle aged man of 46 and was once a former player at the club. A nice guy I thought, he was definatly something I wanted to keep at the club though since he had the understanding of what it means and the tradition as well as the knowledge of not just the club, but football too. I can't really go into what was said in the meeting, a lot of personal and club only matters - but we'll show you on the field.

It was a successful day in all, I called my mum who was in a mix of moods still from when I hung up on her and talked her through the day, "You can finally pay off that debt!" She joked. As I pulled into the car park of the Premier Inn, I saw 'Crystal' and walked in smiling at her. "How did it go, sir?" She asked me, smiling as she did so. "Great thanks, plus you can call me Paddy, I'm not really fussed." She laughed as I told her, "I'm only being polite - but if you say so. My names Crystal." So I was right - there's a start because I actually think I quite like this girl. With that said, who knows where this thought will lead me.
Login to Quote

Jack
3 years
Great update, also loving how your man is an Oasis fanboy

Jack- Who doesn't love a bit of Oasis?
Login to Quote