MJK46
2 years
Nice preseason but what went wrong with Barnsley??
Login to Quote


HEAVILY rotated squad, and a new tactic which didn't work...just a blip hopefully
Login to Quote

mgriffin2012
2 years
A positive pre-season to say the least. Strange results like the Barnsley one tend to happen in pre-season so shouldn't be too much to worry about! Now it's about being to increase the levels ahead of a the PL kick off
Login to Quote

August 2017: Strong Start For The Reds

Taking 2 wins from a difficult opening 3 games in the Premier League, including a narrow 1-0 win over Manchester City, Liverpool are looking strong heading into the international break. It was a blockbuster start to the season, with 4 league goals across the three games, and an excellent 5 in the Champions League qualifier against Club Brugge which saw Liverpool into the group stage, where the draw has been far from kind.

Liverpool will play Real Madrid, Porto and Ludogrets in Group B of the competition, and it is a draw which will challenge Jürgen Clop's rotation system, as he will have to make a decision over whether to rotate against the bigger sides, or trust his first 11 to get the job done.

Player of the Month: Alex Oxlade-Chamberlain

Despite not featuring in the league, Alex Oxlade-Chamberlain's contribution of 2 goals and 2 assists across the 2 legs in Champions League Qualifying has impressed this month, and the Englishman surely cannot be far from challenging Mohamed Salah for the starring role on the right flank.
Login to Quote

Aaron
2 years
FFS Here you are smashing Man City and I can't even beat West Brom! Show me the ways Infra :'( Solid start though, I'm in awe that you've given POTM to he who must not be named.

Surprised you got both Manchester clubs in the first month as well, that's brutal. Well done though

JohnWarrington
2 years
Good start to get two wins out of three games including both Manchester clubs. That United loss must have hurt though

mgriffin2012
2 years
A solid start, unfortunate to lose to United i'd imagine! Nice to see AOC has settled quickly!
Login to Quote

ScottT
2 years
Good start and you managed to beat a mid-table team to start the campaign, hopefully no more struggling against them like previous saves

OMGItsToddzy
2 years
loving this story so far
Login to Quote

September 2017: And A Giant-Killing 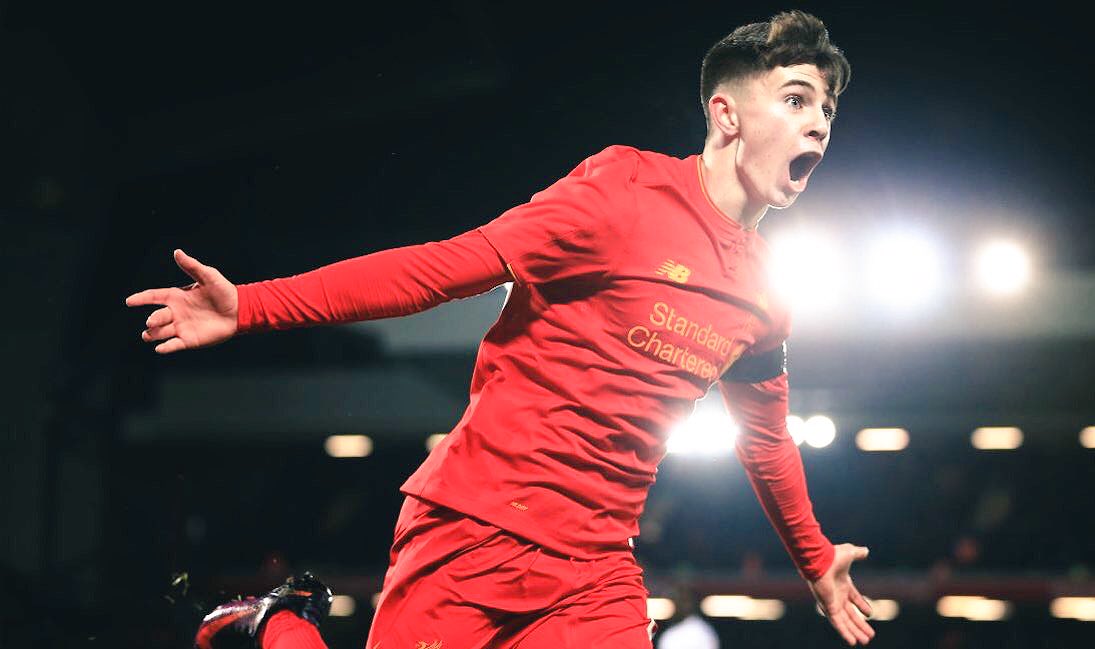 In a squad which saw some heavy rotation this month, Liverpool's players really set down the standard that they are hoping to play to for the rest of the year, picking up 5 wins from a possible 6 across three competitions, as manager Jürgen Klopp used the full range of his squad, and also handed a league debut to deadline-day loanee Andrija Zivkovic, who arrived from Benfica in a season-long loan.

Wales Youngster Ben Woodburn featured in 3 games, coming on as a substitute against Porto, before being forced of injured in the Carabao Cup tie against QPR. He returned in the Champions League tie against Real Madrid, replacing the injured Saido Mane, and has described that game as the "Greatest of my life so far" as he netted his first competitive goal to give Liverpool a 1-0 lead after 72
minutes.

Player of the Month: Phillipe Coutinho

A talismanic month for Liverpool's Brazilian Magician saw him feature in 4 of the club's 6 games this month, as he inspired wins over QPR in the Carabao Cup, and Real Madrid in the Champions League. Summer speculation over his future at Anfield has never truly faded, but for now it seems he is fully focused on the club and enjoying his football, and Liverpool are reaping the benefits of that focus.
Login to Quote

ScottT
2 years
Absolutely brilliant month there, huge victory over Madrid! You're really investing in the young talent here at Liverpool so I'm interested to see how this is going to benefit you in the future as it is certainly not hindering you form wise at the moment.
Login to Quote Determined: Spanish Left-Back Moreno Is Ready To Work For His Starting Spot

Liverpool's Spanish left-back Alberto Moreno endured a frustrating year last year, relegated to a bit-part role from the bench while James Milner started in his left-back position, following a series of defensive woes for the 25 year old. As a result of his shaky season, many Liverpool fans felt that Moreno's time at the club was up this summer, but the Spaniard has come out fighting this year.

“The lowest point came at the start of last season when I was not playing,” says Moreno.

“I was training hard and well, and then the manager decided James Milner would be left-back. I was not happy. I was not featuring, my head was not in the right place and I did not feel good. This impacts on your family as well. They were unhappy too. We were all feeling down.

“But in life and in football I am a fighter. I never give up and when you are down you have to use that motivation to work harder. I found strength from my family, my partner Lilia and my daughter Carla, who was born this time last year. Just looking at her face was my motivation. It lifted me.

“Yes, it is tough, but you only know how you will react when you face the situation of not playing."*

Moreno has started brightly this season, fighting through Jurgen Klopp's rotation system to feature in 5 competitive games, providing one assist and averaging almost 11 tackles won every 90 minutes. An average rating for 7.58 (via whoscored.com) signals the start of what could be Moreno's revival in a Liverpool shirt, and never has this been more apparent than when he shut down Gareth Bale when Liverpool faced Real Madrid last week in the Champions League.

"I think I am ready; I have worked hard and I know that I can be better. This team is in a good place, and I want to be a part of that for a long time."


*Interview text from The Telegraph
Login to Quote

Aaron
2 years • Edited
Can’t believe you’ve beaten madrid and the god himself scored! Glad to see Ejaria getting some game time, he'll be a top midfielder!
Login to Quote

mgriffin2012
2 years
A great month for Ben Woodburn, a goal against Los Blancos, hopefully he can become the star of this Liverpool team
Login to Quote

Klopp: Lallana Could Be Back Earlier Than Expected 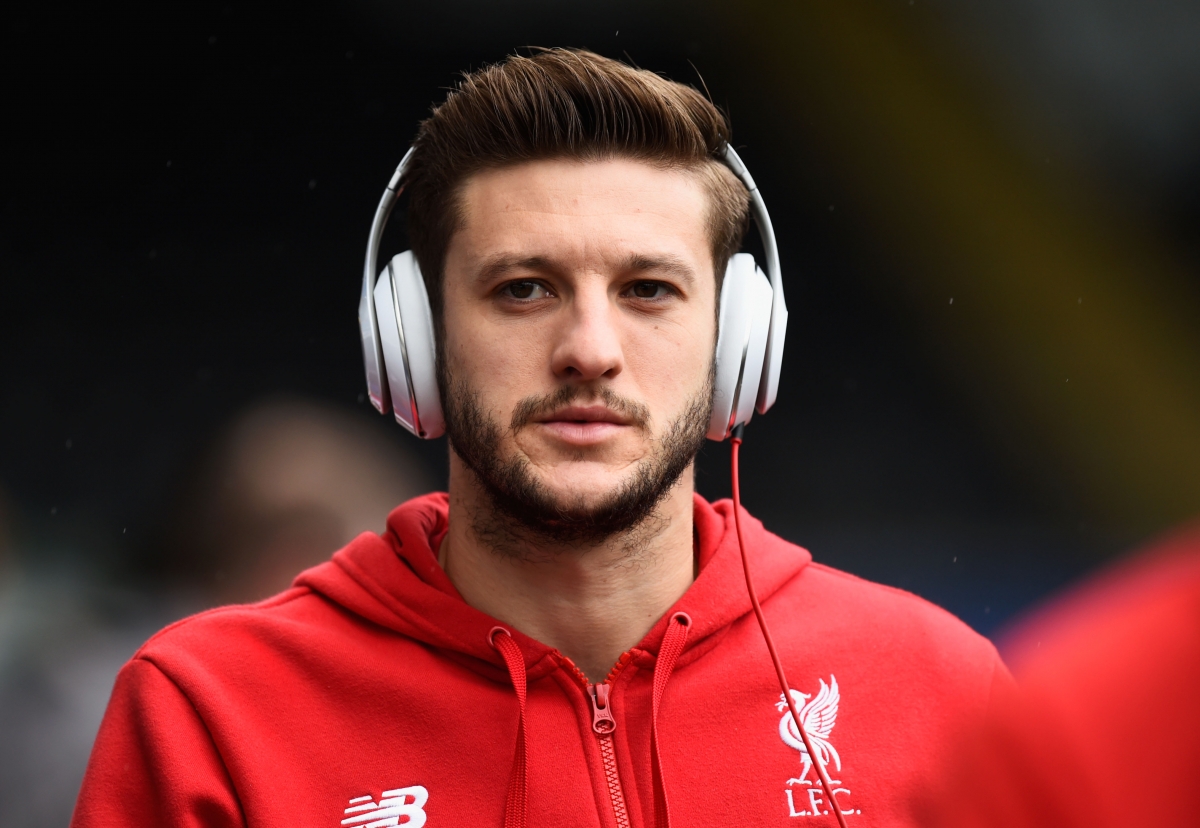 With the news that Phillipe Coutinho could face up to 6 weeks on the sidelines after picking up a leg injury against Arsenal, Liverpool fans have been encouraged slightly by the news that Adam Lallana could return earlier than expected, with the midfielder potentially available to start against Watford in two week's time.

"Obviously, we don't want to rush Adam back too soon, but he has been working very, very hard to recover from a difficult injury. I dont think he'll be ready for West Ham after the International break, but the Watford match at the end of the month is a possibility."

Lallana returned to training with the Under 23 squad last week, but has only been participating in light work, in order not to aggravate his injury further. We would anticipate that he will continue to train and play with the Under 23s for a few more weeks, before returning to first-team action.
Login to Quote