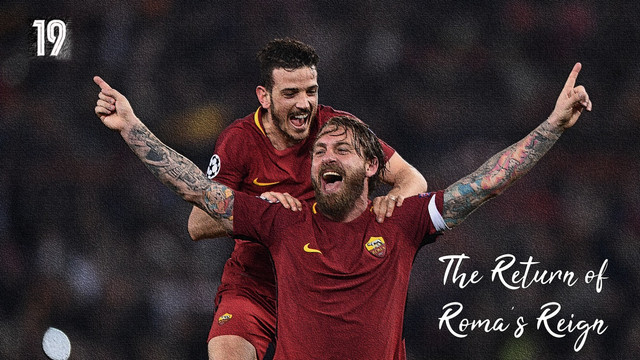 Last season, Eusebio Di Francesco gave quite a good account of himself in terms of league standings, finishing 3rd but when you consider what Luciano Spalleti did in the season just before that, which was finishing 2nd, surely that has to be seen as a step in the wrong direction.

Take into account also that a prestigious club like Roma has only won the Scudetto thrice in their entire proud history.

It is time for history to be rewritten.

2. Roma's performance in the Champions League last season was definitely something to be proud of. They managed to reach the semi-finals where they were eventually beaten by Liverpool but it was the journey to reach that stage that swells the Romans with pride.

The Giallorossi won the Group of Death which featured Chelsea, Atletico Madrid and Qarabag.

They came from behind in the Round of 16 against Shakhtar Donetsk to progress to the Quarter Finals where they met the mighty Barcelona; they were trumped 4-1 at the Nou Camp.

But La Lupa's grit, determination and resilience saw them overturn that massive deficit against the Catalans by thrashing them 3-0 in the return leg at the Stadio Olimpico.

Despite those heroic performances, one statistic is still hard to swallow for many Giallorossi; they have never won the Champions League.

And that is the second reason why I have chosen Roma.

3. If we were to ignore the Serie A and the Champions League, Roma has not won anything since 2008; that was the last time the club lifted the Coppa Italia. They had won this trophy 9 times in their illustrious history but even then, they are still a distance away from the team that has the most Coppa Italia.

Juventus has lifted it 13 times.

It is time to groom the next Francesco Totti.

5. This last one is a bonus. As I was looking through the many fierce rivals and derbies that this club has (according to the FM database), guess which team was listed amongst it as 'historic fierce rival'. 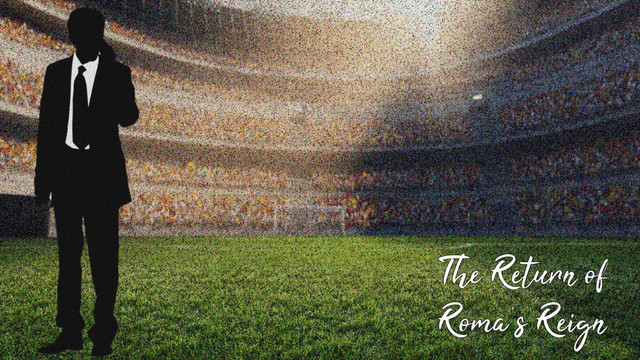 The Holy Saviour of Rome


"Godspeed, Salvio," said Pallotta, as he shook the hands of the 34-year-old man sitting across him in his office and bade him farewell.

The faint glimmer in the president's eyes betrayed the conviction in his handshake. Despite being impressed with the boy from Fiumicino who prefers to complete his Continental Pro License rather than having siestas down at the Mediterraneo Beach, he has serious reservations whether this new appointment can even fit the shoes left by Di Francesco, let alone revitalize Roma's reign in the league.

"For the love of God, at least that man had won a Scudetto before, and he did it while donning the yellow-red," thought the billionaire American businessman, as he longingly looked at the mural of the 2001 league-winning squad, which he commissioned for a ludacris sum in that year's glorious summer.

"This boy, on the other hand, has never even kicked a ball in the Serie C, despite his claims of playing professional football. Did he plied his trade in the Aeolian Islands because I have no idea which region he was referring to in his resume."

Befuddled, he casually lit up a cigarette to clear his head. He made a mental note to put some cologne on before joining his wife for dinner later on.

Deep down, Pallotta knew that he was just the money man in this operation. Who was he to question the board members like Mauro Baldissoni and Bruno Conti? He couldn't even look Totti in the eye without flinching.

It was a message from Monchi, the Los Nervionenses legend.

It read, "Have you met Salvio Salvatore, the Holy Saviour of Rome?"
Login to Quote

Justice
9 months
A nice start to the story, good luck!
1
Login to Quote

Mat Malaypak
9 months
Thank you! Looking forward to a long (and hopefully, successful save) with Roma.
Login to Quote

ScottT
9 months
Best of luck with Roma. A very tidy start so far!
1
Login to Quote