ScottT
2 years
A couples of names I recognise, I'm pleased to announce.

TheLFCFan
2 years
Going to be a tough year, but with some good additions, you should be alright. Some real competition for places this season, looking forward to seeing what Mark gets out of this squad.
Login to Quote

Justice
2 years
Almost into the big leagues now! It'll be a tough year ahead, but we all know you grow under pressure!
Login to Quote 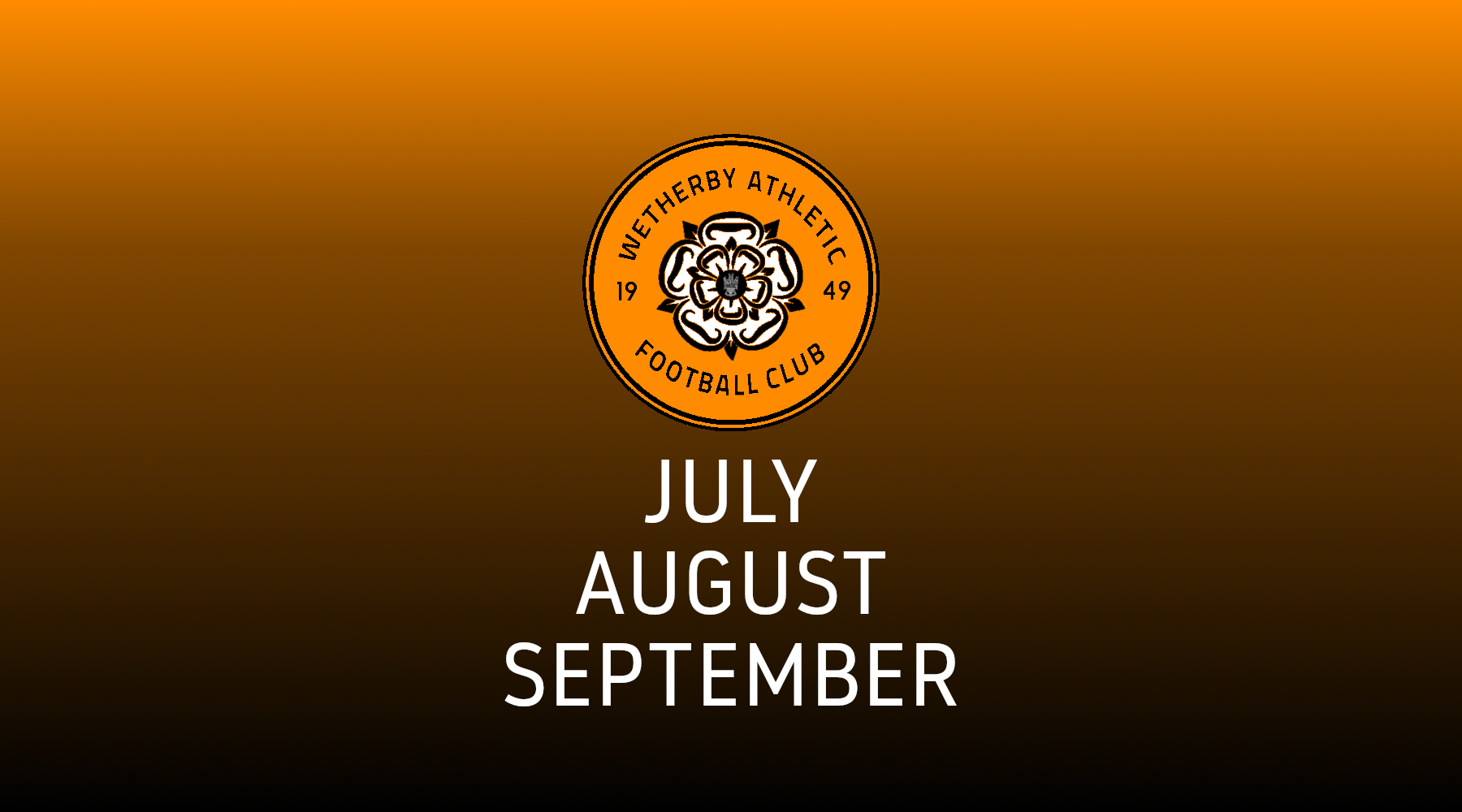 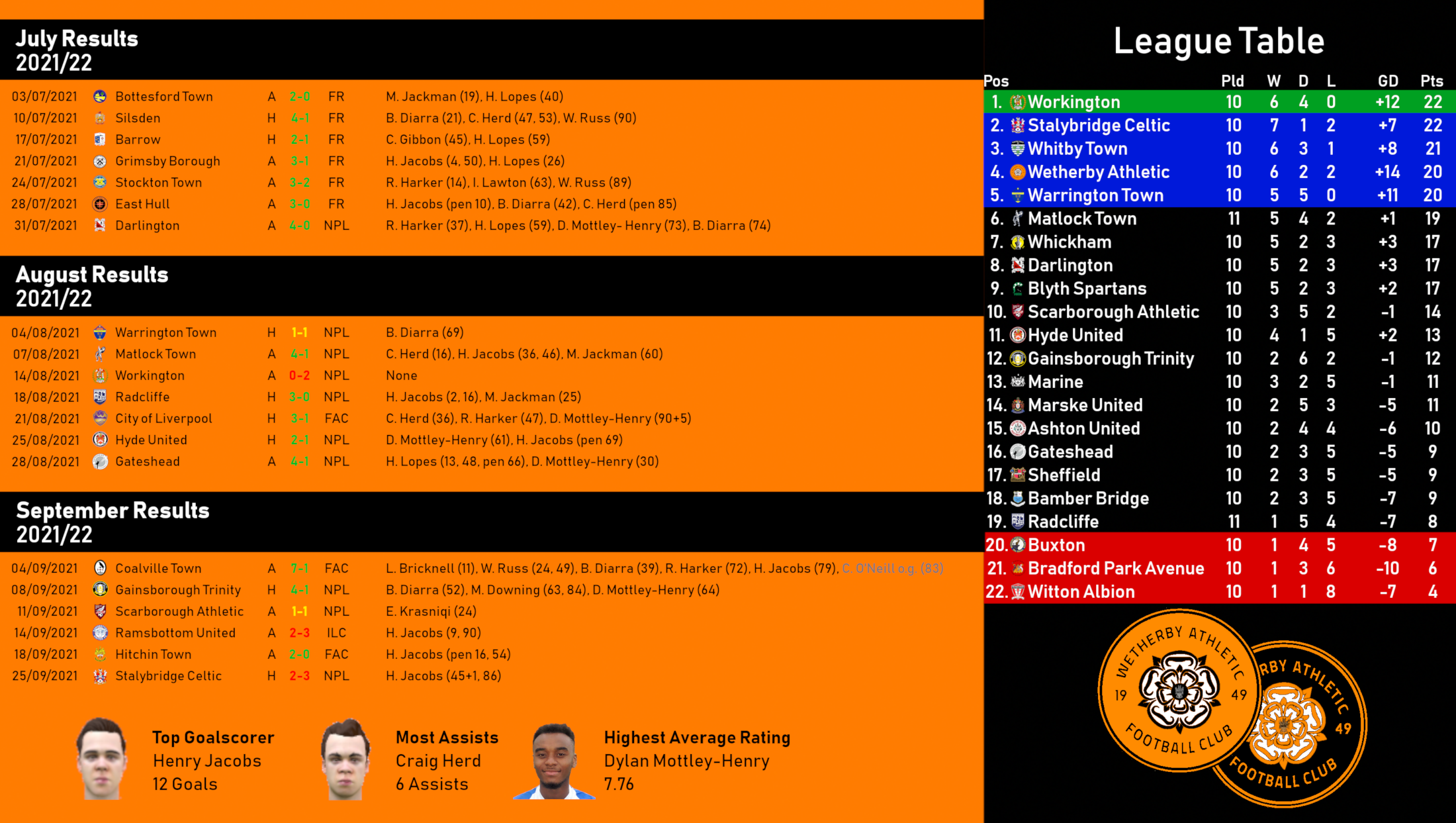 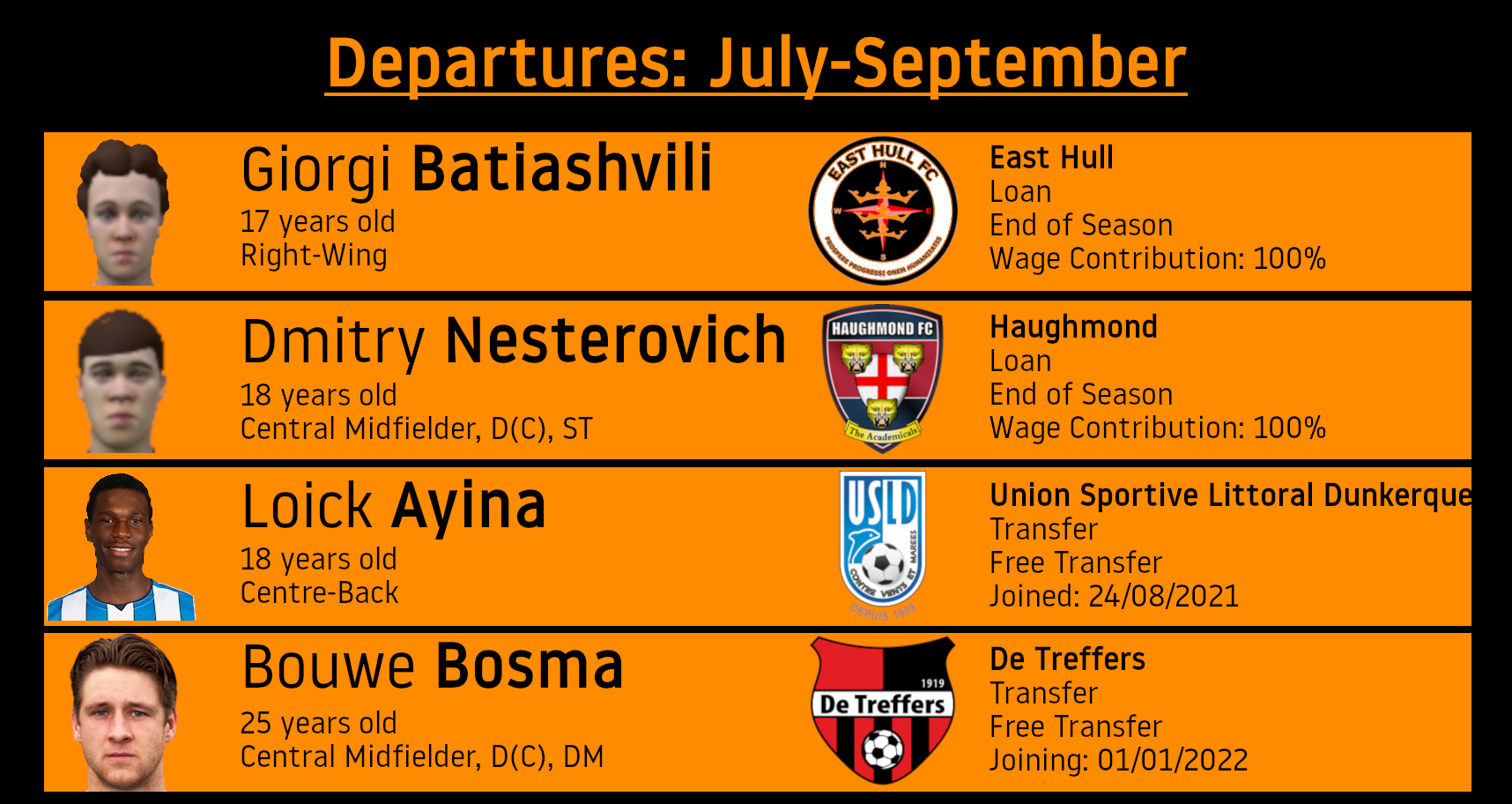 ScottT
2 years
A really promising start to the season there. Jacobs appears to be on fire once again. It's a disappointment to lose Ayina so quickly, but there's simply no competing with clubs like Dunkerque at this level.
Login to Quote

TheLFCFan
2 years
Love the fact that Henry Jacobs is still top scoring, a great player so far for you. A brilliant start to life in the league with potentially another promotion on the way. Great stuff!
Login to Quote

Justice
2 years
I'd be quite pleased with that start so far. Definitely looking at a very high finish.
Login to Quote