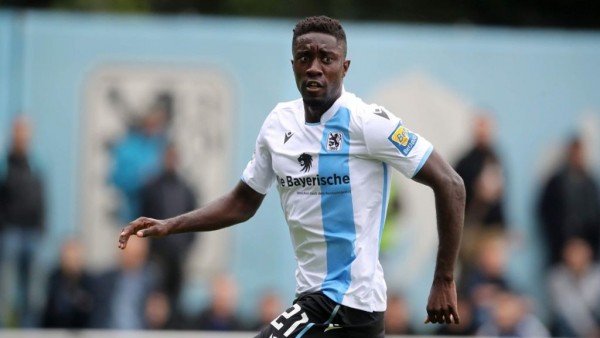 There was no doubt which player was set to be awarded the Player of the Season for 1860 Munich, earning 52% of the overall vote. The Ghanaian finished second in 3. Liga player of the year, losing to FC Bayern II striker Fiete Arp in a decision which left fans stunned. 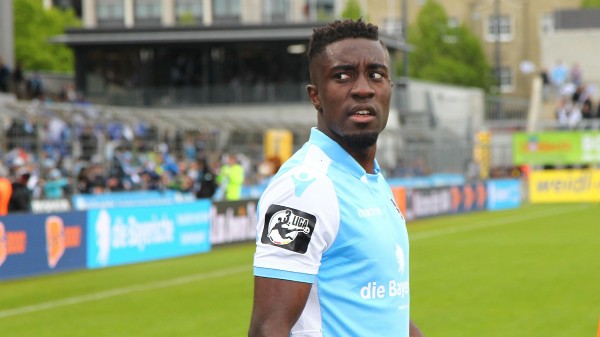 Owusu scored 28 goals from 37 appearances and topping the goalscoring charts not only for the season but also finishing with the largest goal tally in 3. Liga history. The 23-year-old also claimed seven player of the match awards during the season. 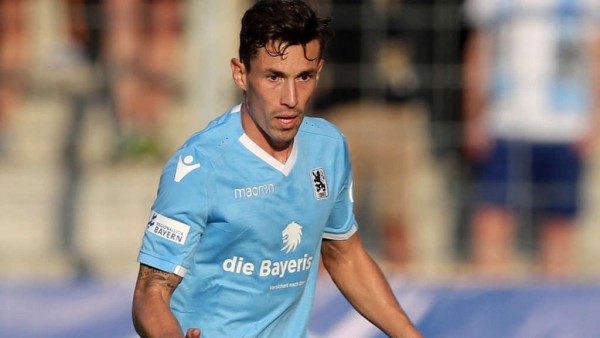 Leading the league in assists, 27-year-old left back Philipp Steinhart improved as the season progressed as he adapted to the system put in place by Daniel Bierofka.

Steinhart also chipped in with three goals while claiming six player of the match awards during the season. 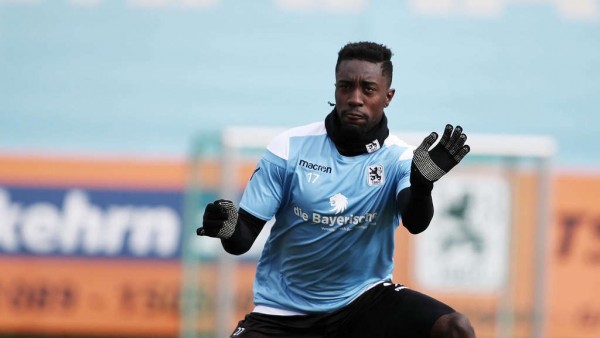 A 23-year-old Owusu had an incredible season but scouts predict he still may have a little more development before reaching his peak as a footballer. Predominately used as a target man, the Ghanaian has adapted his game throughout the season to be able to fill different roles when required.

TheLFCFan: There is no doubt the fans would love to see Owusu return to the club, whether we can make it happen is a different matter
1
Login to Quote

ScottT
1 year
The PotY awards are clearly rigged. Owusu should have had them won. Name value does wonders it seems.

TheLFCFan
1 year
What!?! Osei was incredible all season and that showed with his final goal tally. Oh well guess (if you get him back) he will have to prove the doubters wrong next year!
Login to Quote 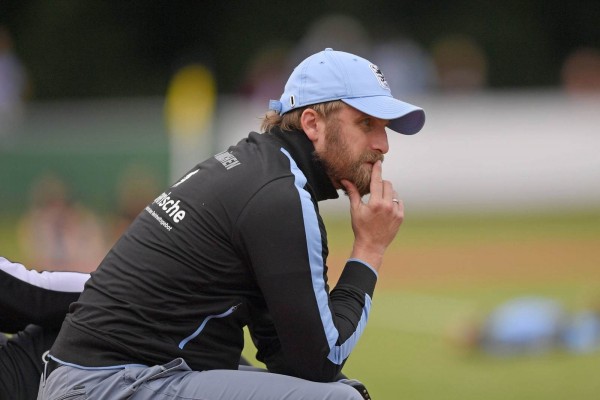 As they look to maintain their place in Bundesliga 2, 1860 Munich have brought in three players on free transfers to build their squad ahead of the upcoming season.

31-year-old goalkeeper Jens Grahl arrives from VfB Stuttgart where he was the reserve goalkeeper for four seasons. It remains to be seen what Daniel Bierofka will do in terms of the position overall with Hendrik Bonmann who conceded 33 goals in 38 appearances in 3. Liga last season currently in goals for Die Löwen.

Another position battle is expected at left back with Felix Muller arriving SV Sandhausen who were relegated to 3. Liga after losing a playoff against 1. FC Kaiserslautern. The 27-year-old made just 27 appearances in two seasons at the club but will be looking to fight for a starting position against Philipp Steinhart who produced the most assists for 1860 Munich last season.

Finally, as 1860 Munich search for a replacement for Osei Owusu, Russian striker Maximilian Pronichev has arrived at the club from Bundesliga side Hertha Berlin. After scoring 38 goals from 53 matches for reserve side Hertha Berlin II but failing to make the first team squad, the 22-year-old will be looking to make his mark on the Bundesliga 2 competition this season.

It is likely that this is only the start of the transfer window for 1860 Munich as they prepare fight for survival in Bundesliga 2 this season.

ScottT & TheLFCFan: I honestly have no idea how they gave it to Arp... no clue...
1
Login to Quote

ScottT
1 year
Making moves early. It certainly shows that the business being conducted has rational thinking behind it. Looking forward to seeing how these players bed into the side. Pronichev could be an interesting watch if his form at a lower league can translate.
1
Login to Quote

Adarabioyo Set To Play In Germany 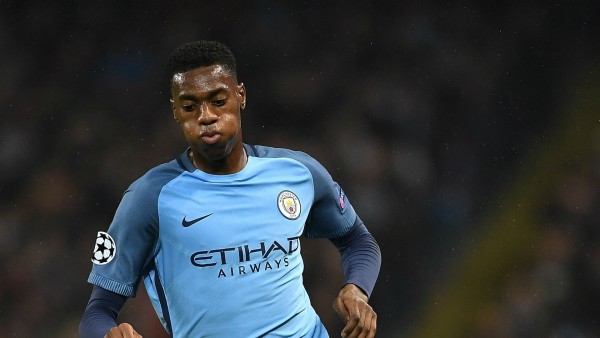 Tosin Adarabioyo faces a tough battle trying to break into the Manchester City first team squad
• Adarabioyo has spent the last two seasons on loan at West Bromwich Albion and Blackburn
• The 22-year-old will face the challenge of not speaking German
• Yet to be capped at international level, he is eligible for both England and Nigeria

After Tim Rieder returned to FC Augsburg at the end of the season, 1860 Munich have signed talented youngster Tosin Adarabioyo on loan from Manchester City for the upcoming season. During his time in the Championship, the 22-year-old played 64 games in the past two seasons.

“It is terrific to be able to have such a talented player come into the squad.” said 1860 Munich manager Daniel Bierofka. “Replacing Tim (Rieder) was tough but I feel we have brought in someone who can help lift the performance of our defence as we look to secure our position in the division.” he added.

“We know what Tosin (Adarabioyo) is on his best day, he is a very capable player but lacks consistency at this stage of his career.” said Manchester City manager Pep Guardiola. “He will benefit from expanding his horizons and getting outside of his comfort zone to further develop his game.” he added.

Compared to Manchester City teammate Aymeric Lapote, Adarabioyo has great height, strength and jumping ability, proving to be a difficult presence for any attacker to get past. He will line-up in the 1860 Munich defence to form a partnership with captain Felix Weber for the upcoming season.

ScottT: The scouting progress for free agents is a very long journey
Login to Quote

ScottT
1 year
Great signing for the next season. He should be an excellent addition to the side.
1
Login to Quote

Trotman9165
1 year
You got this mate!!! some strong signings there!
1
Login to Quote

mrtepig
1 year
Wonderful signings! Certainly signing a defender like Adarabioyo will help you stay up this season.
1
Login to Quote

Justice
1 year
Quite a good signing, I say you had to keep it on Die Löwen down so other potential suitors did not pounce.
1
Login to Quote 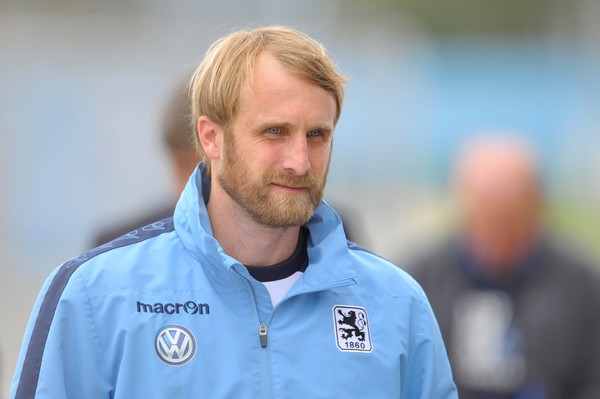 Daniel Bierofka continues to sell talented youngsters to strengthen the 1860 Munich first team
• Enke came through the 1860 Munich youth system last season
• FC Schalke 04 finished fifth in the Bundesliga in the 2019/20 season
• Robin Hack has been signed by 1860 Munich for €1.8 million

Youngster Tim Enke is set to move to FC Schalke 04 after the two clubs agreed to a €5.5 million transfer fee with fifty percent of the next transfer fee for Enke set to go to 1860 Munich. Enke had yet to make his first team debut for the club, playing for the 1860 Munich Under 19’s at the end of last season.

1860 Munich have immediately looked to spend some of the funds from the transfer, bringing in Robin Hack from 1. FC Nurnberg. The 21-year-old is an emerging talent who will play on the left side of the attack, replacing another talented player in Fabian Greilinger who performed well last season but was not suited to the tactic set up of Daniel Bierofka.

“It is incredibly hard to let talented players such as Tim (Enke) move on from the club.” said 1860 Munich manager Daniel Bierofka. “For the club, our priority is to strengthen our first team squad and give ourselves the best opportunity to avoid relegation, bringing in a player like Robin Hack will be incredibly helpful to our cause.” he added.

In other transfer news, 1860 Munich have also sold their starting goalkeeper from last year in Hendrik Bonmann for €170,000 to Eintracht Braunschweig. This will see recent signing Jens Grahl become starting goalkeeper for the new season. Marco Raimondo-Metzger will also leave the club, signed by Chemnitzer FC for €40,000.

ScottT, Trotman9185 & mrtepig: I was thrilled at getting Adarabioyo in for the season, hopefully he can make a big difference in helping us avoid the drop

Justice: You have dad jokes down to a fine art
Login to Quote

ScottT
1 year
An offer you couldn't afford to refuse. The money is already being put to good use and Bierofka has a clear vision of how to improve this side, obviously.
1
Login to Quote Fighting relegation is the task ahead for Osei Owusu and 1860 Munich
• Owusu broke the 3. Liga goalscoring record last season for 1860 Munich
• Ghana capped Owusu across the summer, playing for the Under 23’s side
• 1860 Munich have also signed Lisandru Tramoni and Marcin Bulka for the upcoming season

After breaking the 3. Liga goalscoring record during his loan spell last season, 1860 Munich manager Daniel Bierofka has brought back Osei Owusu to the club on a permanent basis for a transfer fee of €215,000.

“When I arrived back at DSC Arminia Bielefeld from the Ghana Under 23’s squad, I was told I would be transfer listed, which I was not expecting.” said Owusu. “I was lucky enough to have a bit of interest from other clubs across Germany but given the success I had last year with 1860 Munich and how much support I have had from the fans, it was an easy choice.” he added.

“After his form last season, we thought there would be no chance that Osei would be available to come back to our club.” said 1860 Munich manager Daniel Bierofka. “Having him back around the squad has been a wonderful boost to the morale of all the players, I am looking forward to seeing what he is capable of at this level.” he added.

Continuing to add to their squad for the season, 1860 Munich have signed a further two players from the French leagues. 17-year-old French winger Lisandru Tramoni arrives from AC Ajaccio for a fee of €1,200,000 as well as spending €400,000 on Paris Saint-Germain goalkeeper Marcin Bulka.

ScottT: It took me a very long time to come to the decision to sell Enke but the offer just became too big in the end to turn down
1
Login to Quote

TheLFCFan
1 year
A great shame to see a very talented youth prospect in Enke leave, but for the deal you got you couldn't turn it down! Getting a talented striker in Owusu back in, this time on a permanent deal, is massive!
1
Login to Quote

ScottT
1 year
Excellent news! Owusu was integral to the success last season and I expect him to play an important role once again. Bielefeld could live to regret letting him go should he adapt.
1
Login to Quote