Zed
1 day
That's what dominance looks like! It seems the SAF years in terms of status and trophies are well and truly back.
Login to Quote

Ah, the cyclical nature of the game. Manchester United are back on top of the football world, and so is Maurico Pochettino, but there isn’t any time to rest with the voracious appetite of fans and the media for more. The club will need to convert renewed success into a long term plan, the level of success seen across two managers (Ole Gunnar Solskjaer and Pochettino) points to a massive improvement in the system. Winning doesn’t do all that much if they fall back into a post-Ferguson type funk where they survive off the fumes of Ed Woodward’s commercial sponsorships. They have solved the short term issue with Pochettino, signing him to an extension that will make him the highest paid manager in the Premier League at £27M a year, but it’s a little early to call him the next Ferguson despite his incredible success. 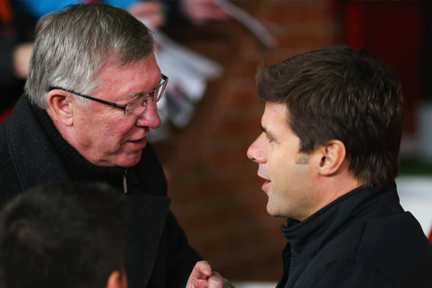 The next step for Pochettino is to get closer to Liverpool in the Champions League. They have put more space between their hated rivals domestically but are still looking up to them in the Champions League trophy count. It might be unreasonable to think Pochettino can close that gap by himself, fans surely expect him to, but he seems to be committed to staying on top of Europe.

The team continues to work on upgrading facilities while the possibility of a new stadium is still lurking, the recent expansion of Old Trafford has United well ahead of the league on average attendance which is making a new ground less pressing. More non-transfer income is going to be more important going forward as the club ranks continue to swell with youngsters drawings quite a paycheck, United is starting to draw attention from UEFA with the number of players it has on loan every year and the number of players on the payroll that don’t have a work permit.
Login to Quote

ScottT
16 hours
Leaving Old Trafford behind is a prospect a lot of United supporters have never even begun to imagine. That will be a massive decision should it eventually happen.
Login to Quote

You are reading "Return To Glory : Manchester United".