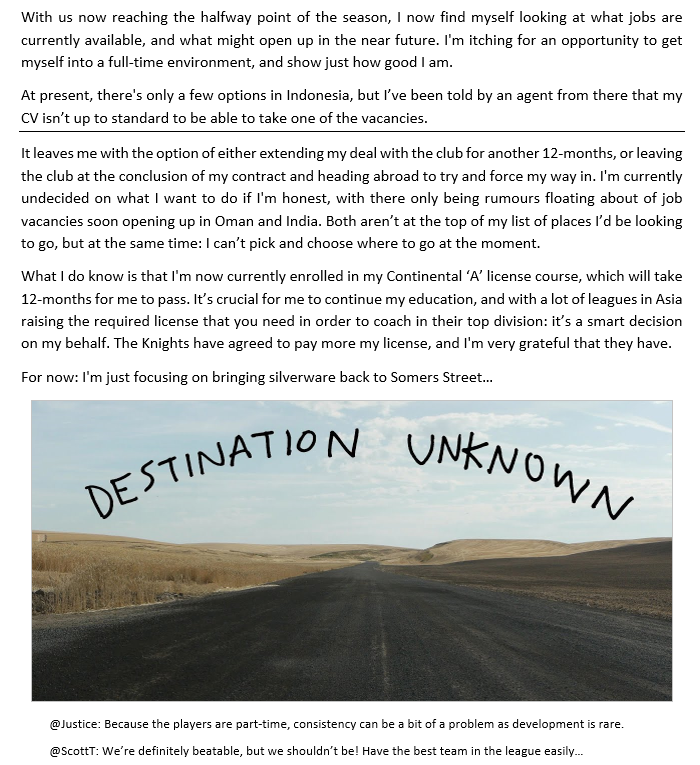 ScottT
5 months
Although it will take twelve months for it to be completed if successful, taking your Continental 'A' License will only help to open more doors and shuffle you in front of other candidates during interviews, particularly if the level of achievement with previous clubs is largely similarly.
Login to Quote 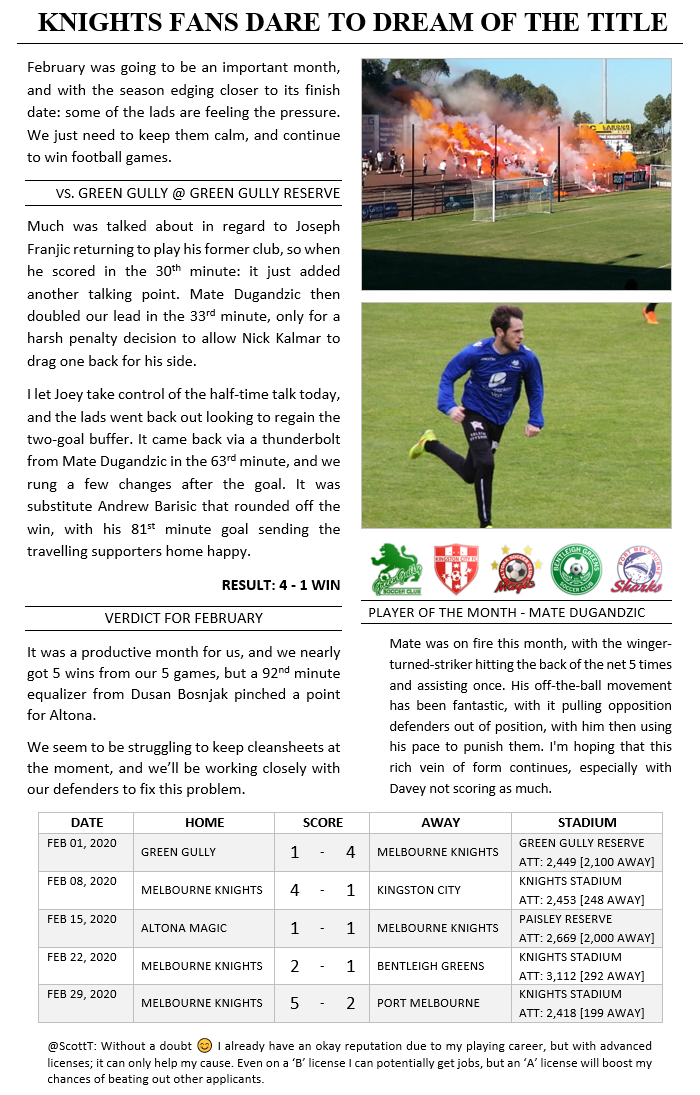 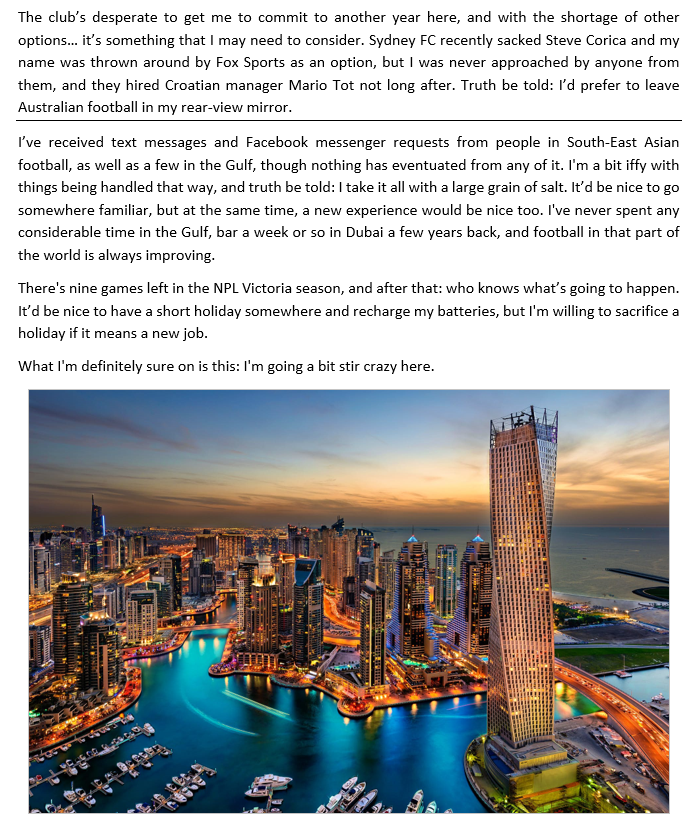 ScottT
5 months
Another very impressive month of football that is bound to excite supporters. As for Blagoja, the future is very much unknown but promises to hold opportunities for sure.
Login to Quote 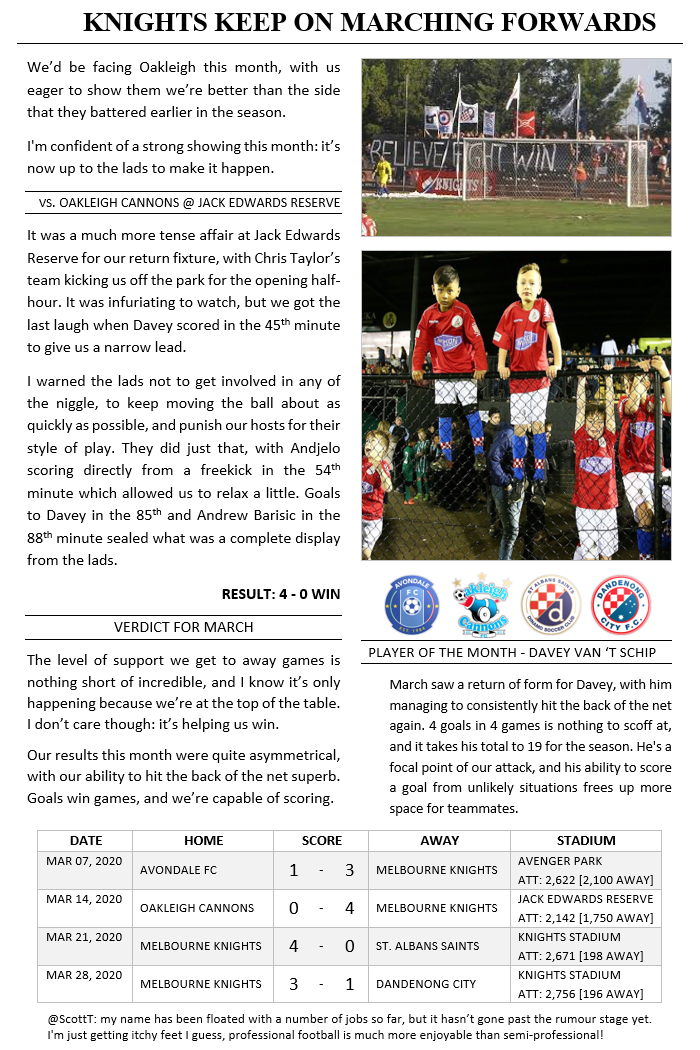 Griffo
5 months
Rumours are at least a start, good luck finding your way to a professional role
Login to Quote 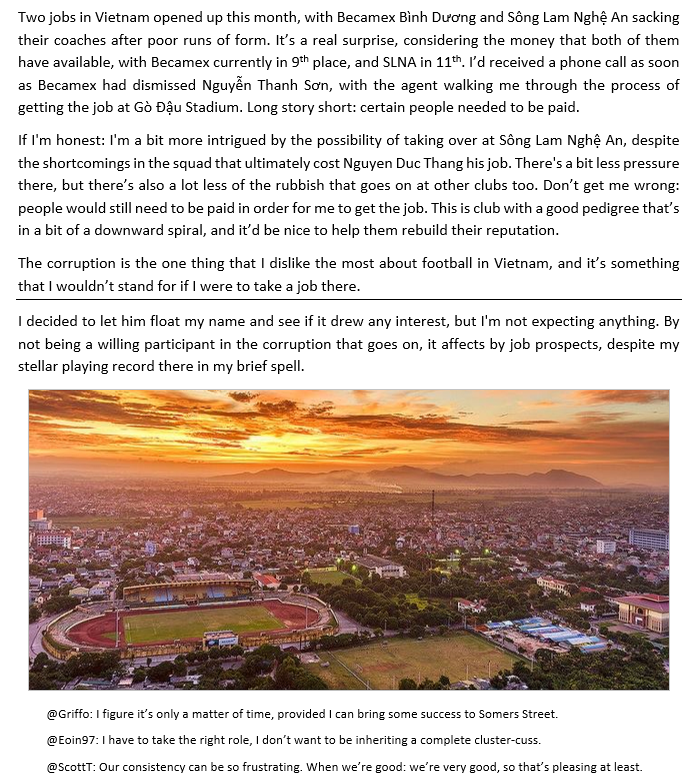 TheLFCFan
5 months
Vietnam would be an interesting move. Look forward to seeing where you eventually end up!
Login to Quote

ScottT
5 months
Corruption you say? Interesting. I can understand the caution at taking over the reigns in Vietnam, it would be a very different adventure though.
Login to Quote

Jack
5 months
It would be an interesting but risky adventure, with the corruption you mentioned it would be intriguing to see if you were made to play by a certain rule book.
Login to Quote

Justice
5 months
Corruption is fine... as long as it's in your favour 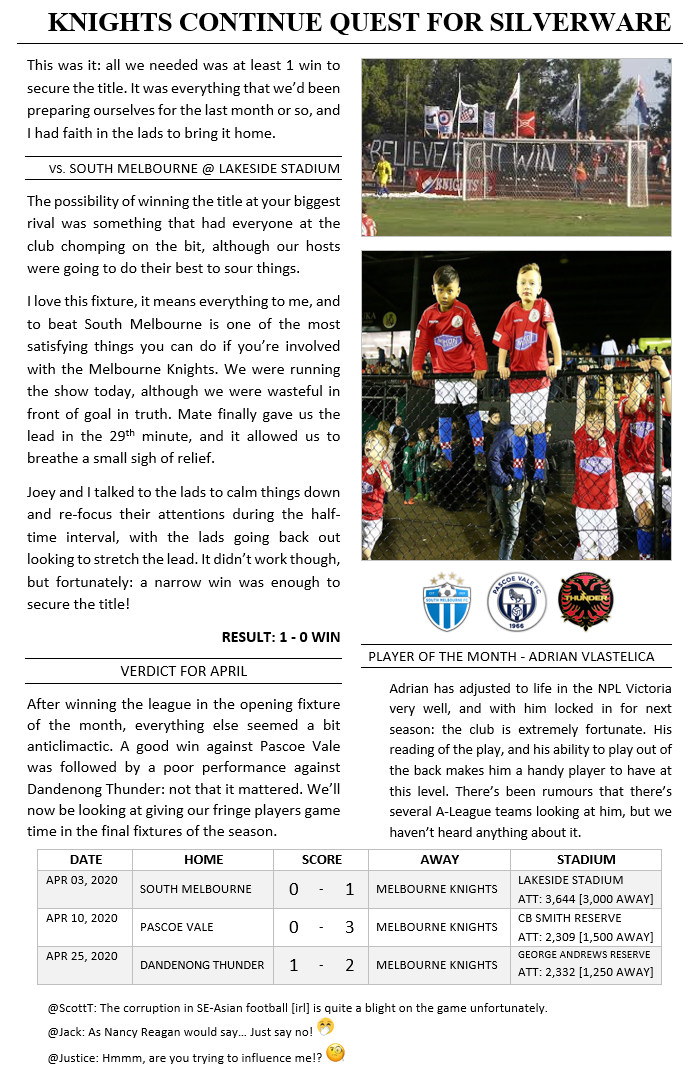