TheLFCFan
2 years
A great bit of writing that has allowed us to see the issues that still occur even 30 years on. Lovely work and excited for more.
Login to Quote

Griffo
2 years
Looks like I might have a Bundesliga buddy on my hands, excited!
Login to Quote

tedbro20
2 years
An excellent start, looking forward to where this can go
Login to Quote

Zed
2 years
OneMoreGame: yess! Very interesting documentary that too, future updates may be inspired by it

Jack: yeah that's what part of the backstory is inspired by! I recall seeing some polls that had Stalin's approval in Russia at its highest point ever.
ScottT: yeah the terraced stands were slightly visible so the banner was a good place to look!
Tango: it's an amazing city! I've lost count of how often I've been there. Was also lucky enough to visit two Union matches, which are a big part of why I chose them now.
Oz96: thanks

TheLFCFan: yeah there's still a lot of issues there, which I'll be sure to shine a light on!
Griffo: an underrepresented league for sure, glad we're both changing that 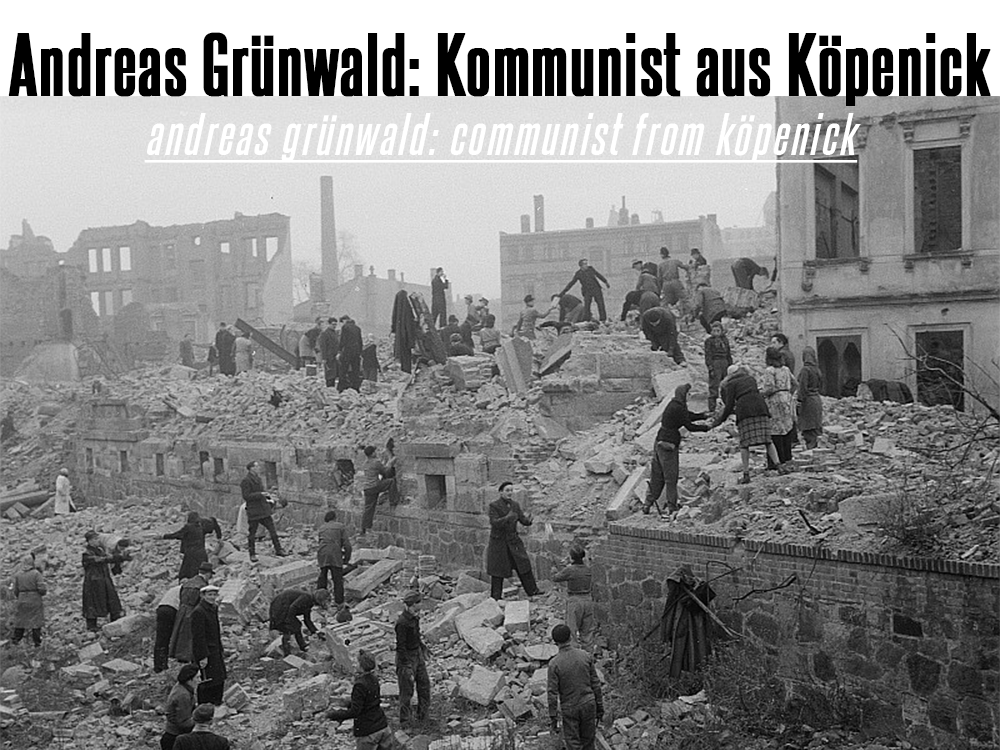 Sorry for that cliffhanger last time, let’s get back to where we left off: why is my father still so attached to East Germany in 2019? For that, we have to take a look at his past. Andreas Grünwald was born in Leipzig in 1942, but he and his parents moved to Köpenick in 1945. Their house in Leipzig had been destroyed by allied bombings in the dying months of the war, and they could not afford a new home in the city.

In Köpenick, my father was raised in a sober environment. The war had made him and his family even poorer than most, which forced him to work in a textile factory from age thirteen. Around that same time, the Berlin Wall was erected some four kilometres from their home. Of course, this shaped my father for life. He often tells me about his younger years, often remarking that “I’m glad I was able to provide you with a better upbringing. Especially the first fifteen years of my life were living hell.”

Despite this difficult youth, my father quickly found his feet, joining the youth wing of the Socialist Unity Party – the only legal political party of the East – at the age of sixteen. He still fondly displays memorabilia from his time at the Free German Youth – the name of the youth wing. His medals and pins from back then are still showcased throughout my father’s house, and when I look at them for only a second, he tells me about the stories that go with each of the medals. For him, the Party was the only source of joy in his otherwise difficult post-war youth.

After some years at the youth wing, my father was promoted by the party organisation to the full-fledged Socialist Unity Party. Here, he started off as a propaganda designer at the Köpenick office of the Party. It turned out my dad was talented at coming up with slogans and designs. Party officials noticed this, and my dad was asked to come work full-time for the national office of the Socialist Unity Party at age 22. 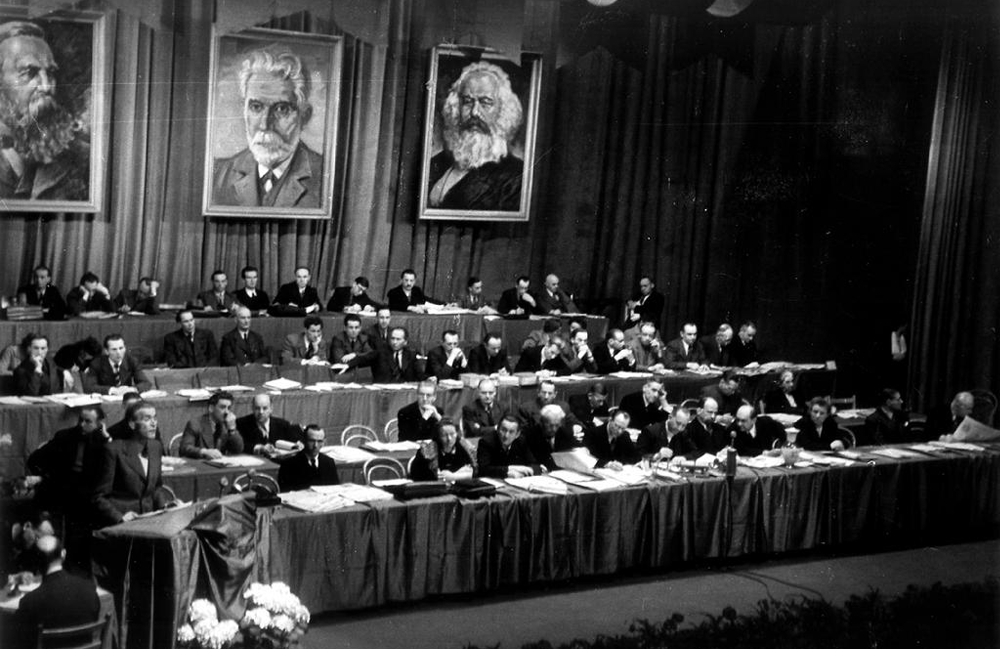 The Socialist Unity Party during a national congress

Of course, he accepted this job without any consideration. For him, it was almost natural he took it. He told me that this was the first moment of true happiness in his life: the Party went from an occasional distraction to occupying his whole life. So, it meant he could stop working at the factory, and also move himself and my mother into a nicer house – still in Köpenick obviously.

Despite the difficult post-war beginnings, this makes it easy to see why my dad is so nostalgic about life in East Germany: his life was much simpler than in the west, and he was able to provide for my mother and himself by doing something that he liked. Contrast that to life after the wall fell: he had to return to the factory, working monotonous shifts of 9 to 5.

At the national office of the Party, my dad would work at the division that oversaw culture and sports within East Germany. The first task he received is, without a doubt, the one he’s most proud of: a very special project, codenamed Plan Köpenick.

tedbro20
2 years
Another great update. Loving the detail in it
Login to Quote

ScottT
2 years
Another fantastically written update. Despite his father's obvious pain largely because of politics, he was still able to find happiness from it himself. Lovely.
Login to Quote

Jack
2 years
I wonder if Andreas has unintentionally set up the kind of job that Stefan will be going into later in life? Another superb piece from you.
Login to Quote

TheLFCFan
2 years
Plan Köpenick, I wonder what that could be! Not to just repeat what everyone else has said, but more brilliant work here!
Login to Quote

Mauve
2 years
Wow i defen can learn something of your writing style, very nice mate.
Login to Quote

ScottT: I'd like to think his life is an example of many lives in the East: lots of struggles, but still nostalgic about it!
Tango: I hope so!

TheLFCFan: thanks! And you'll find out very soon

Griffo: what can I say, I like backstory!
Wolf: thanks a lot!