Looking at how active the FMScout story community has become again, I couldn’t keep myself from planning a story of my own. So, here I am after four years of absence. I’ve been working on this story for the past month, and now I finally feel I’ve written ahead far enough to start posting updates. At least for the foreseeable future, I’ll update this topic once per two days, to give myself enough time to keep writing ahead.

When planning this story, I contemplated a lot of things. In the end, I decided to leave the club’s current manager in place, and write the story from an outside perspective. So, as news reporter, as fan or as social media intern publishing a statement by the club’s manager. But I will never write updates as the actual manager.

This leaves the club itself as a black box that can be viewed from multiple perspectives, and leaves more room for actual narrative: club profiles, fan reports, storylines, etc. The updates will focus more on everything around the club, than everything within the club. For example, I will never post screenshots directly from FM. I’ve chosen this approach to make the story more immersive and different from my previous stories. Of course, if you have any feedback or want to see anything behind the scenes (e.g. a regen’s stats), leave a comment!

I’ll keep you in the dark as to who I’ll be managing, because the first couple of updates will have absolutely nothing to do with football, or Football Manager for that matter. But, you can probably figure it out by staring at the banner long enough. The first person to guess it before the next update gets access to the FMScout OnlyFans for a month. Anyway, I hope you’ll enjoy reading this story as much as I’ve enjoyed writing and designing it!

Oz96
2 years
Will be following that.
Login to Quote

Jack
2 years
Seems like you've put a lot of thought into it before, welcome back! Your new club is... Southampton?
Login to Quote

ScottT
2 years
Welcome back and good luck!
Login to Quote

Griffo
2 years
Welcome back Zed, good to have another return from the old guard
Login to Quote

Zed
2 years
Everyone: thanks you all for your words of encouragement!
Jack in particular: you're spot-on in terms of colours, but not country. The next update will reveal a lot about the latter 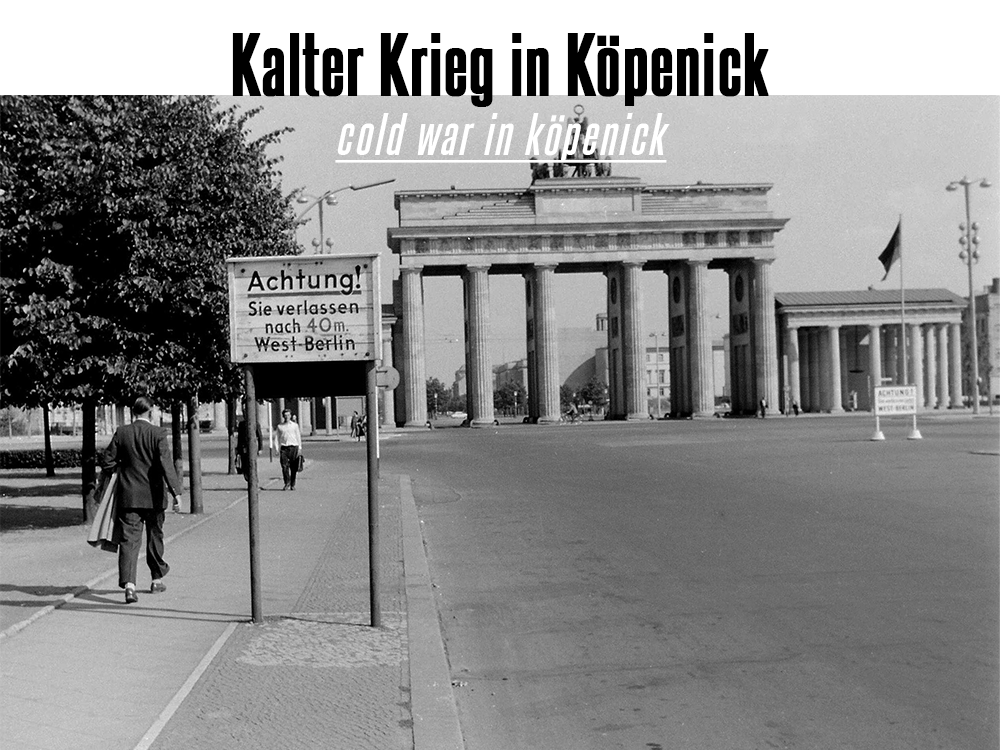 Where the West stopped, and the communist East started.
Stefan Grünwald | July 2019

I’d like to tell you a story about the founding of a football club. But first, I should probably introduce myself and where I’m from. Trust me, it’ll be relevant. My name is Stefan Grünwald. I’m 46 years old, and hail from Köpenick. Or Southeast Berlin, as most outside this town within a city would say. But we Köpenicker are proud of our historic little town surrounded by forests and lakes, and therefore call ourselves Köpenicker instead of Berliner. Some say that makes us stubborn. And they’re probably right.

Köpenick is, as I said before, located in the east of Berlin. Nowadays, that doesn’t mean much. But up until about 31 years ago, it meant that Köpenick was part of a country ruled by the Socialist Unity Party: East Germany. A wall divided our part of the city from the western part of the city. It was a wall measuring around four metres tall, but in my imagination it was at least ten times taller than that. Probably because I was a lot younger when that hideous wall still stood tall.

Though I was young, I remember all too well that I saw Bruce Springsteen playing his Rocking the Wall-concert in 1988. About a year later, the Berlin Wall finally fell. The television coverage of people jumping the border has since then become legendary, and I still remember sitting in front of the TV in awe when it happened: what will happen now? 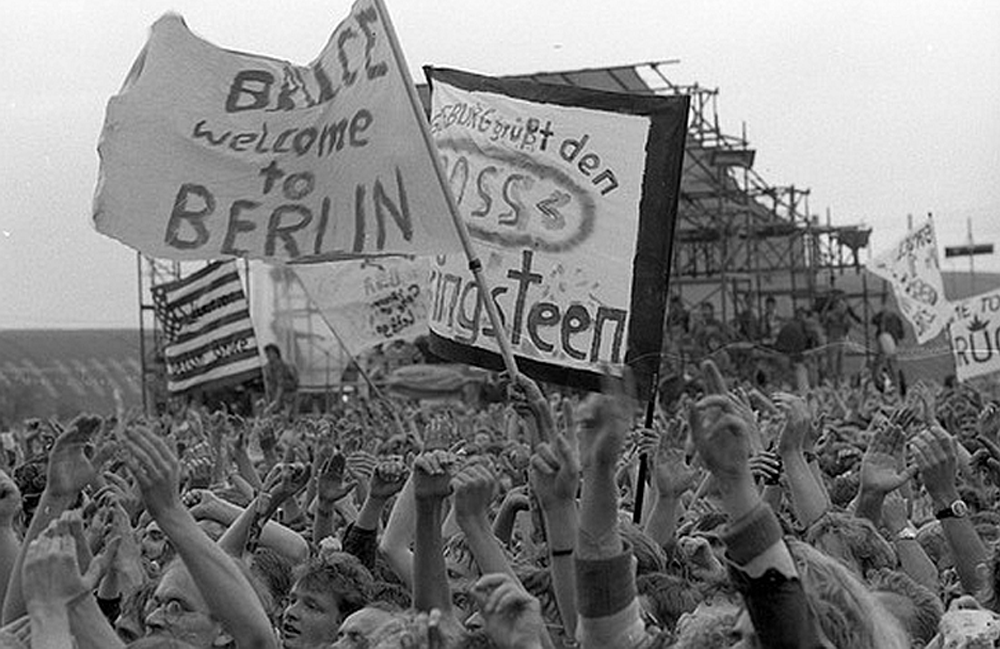 Fans at a Bruce Springsteen concert in East Berlin in 1988

For most Berliner, the so-called Mauerfall must have been a relief, a moment of joy. It meant they could see their family on the other side of town again – something so normal for all other people. The subsequent reunification of Germany also meant they were not living in a country stricken by poverty, unhappiness and oppression. Or at least, that’s what the media reported. For Köpenick, reunification meant the loss of 22.000 jobs – equivalent to almost its entire working population. Poverty and unhappiness followed, as we were neglected by the newly unified government.

Actually, I should probably revisit something I said earlier; that there’s little difference between living in the current east and west. Of course, the difference is less stark than it was before the wall fell; we are now all part of Germany. But still, the contours of the old east and west are clear: the east is home to much more poverty, political unhappiness and unemployment than the west. In that sense, Köpenick is a microcosm of the entire eastern side of Germany.

My father, Andreas, always warned me that the political unhappiness in former East Germany would lead to no good. He was right. The past decade, Nazi marches have gone from anomalies to regular sights. The far-right party Alternative für Deutschland has grown to become the third-largest party. My dad is appalled. “I’m ashamed of this country. This would have never happened had East Germany still existed, son.” Now, you’re probably wondering why he’s still so fond of a country that many celebrated the end of. I’ll tell you all about it later.

OneMoreGame
2 years
Saw a documentary about the difference of the football structure in East & West Germany as the east side didn't have much success after the fall of the Berlin Wall because of the poverty. I think only 2 clubs in the current Bundesliga are from East Germany - RB Laipzing and your team - UNION BERLIN!
Login to Quote

J_ames
2 years
Really, really interesting back story. Going to be following this with interest, can't wait to see where you go with it.
Login to Quote

Jack
2 years
Beautifully written piece and really interesting comment from Grunwald's father. I have seen many Russians (mainly rural) who obviously lived under a similar regime who look back on the days of the USSR fondly whether that was down to the simplicity of life or the day-to-day propaganda led from the East.

As for the team, given the colours clue and the Kopenick connection, I can only pin your team down to Union Berlin

ScottT
2 years
I agree with Jack. It has to be Union Berlin? They have strong political ties too. I did suspect them from the banner but I was too afraid to be horribly wrong