Platanias FC is a football club based in the same name 10,000 population village in Chania region in Crete, Greece that was founded in 1931. Its colors are red and white.
The club saw huge success during 2010s , when started climbing into Greek national competitions. First title won was back in 2009 in Greek 4th tier, which was followed by back to back promotions due to scandals with fixed games and fake financial records that made by teams from above divisions and got them relegated.

The biggest success for the club came in 2012, when it finished in 3rd place in 2nd tier and became the first club from Western Crete participating in the first Greek Division and 3rd from the island after OFI and Ergotelis.

Platanias FC participated in Greek Superleague for 6 consecutive years with 2016-2017 being the most successful year in club’s history, finishing in the 7th position, one away from participating to European Competitions. Unfortunately the conflict between Platanias and its parent club, Olympiacos, led many players in leaving next season, which ended up finding the team in the last position of the standings in 2018-2019.

The owner, Manolis Mathioulakis, by being really disappointed created a really young squad that would participate in Greek Football League (2nd tier- now Greek Super League 2), by having only goal to be competitive. However, under the instructions of Yiannis Tatsis, Platanias managed to finish second and participate into promotion play-offs against the most historic Cretan Club that played in the 1st division that year, OFI FC, in a Cretan playoff derby. Platanias lost promotion literally in the last second of the away game.

Head coach and key players remained in the club, however the team morale was really down after promotion lost in the last second in the previous year. One by one the players pressured into transfer requests, with all the non-greek stars of the team leaving the club in winter transfer window. The team was in a really disappointing 10th / 12 position , above only of the almost-bankrupted clubs of Kassiopi and Apollon Pontou until the stop of the league due to coronavirus pandemic.

The owner, Manolis Mathioulakis decided he wants to sell the club, however, finally he was reluctant to pay off the debts of 300,000 EUR on players’ wages and insurance, therefore, he decided to dissolve the sports company of Platanias FC. That means, according to rules in Greece that the club needs to play in amateur division, which is Gamma Ethniki (4th tier).

From the club passed many good players, some with good reputation were Red Star’s Alexandar Katai , former Olympiacos’ player, Yaya Banana or Dynamo Dresden winger, Panagiotis Vlachodimos and many others.
Konstantinos Tzolakis (Olympiacos) and Abdul Rahman Wess (OFI Crete) both capped in Greece U-21, started their career in Platanias, therefore our goal will be to welcome them back in the future and develop more players from our academies that will be capped in Greek national teams. 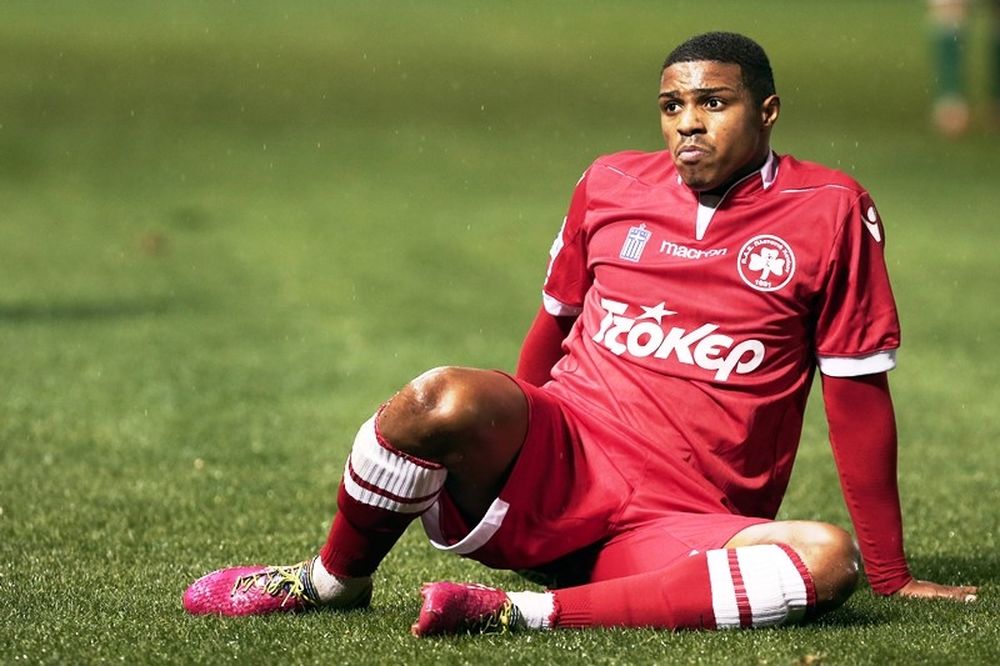 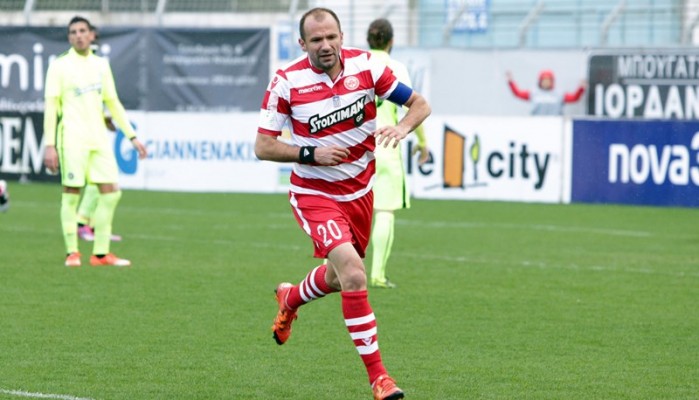 Facilities
The club’s training facilities are based in neighboring village of Maleme, containing a football stadium with 1,200 seating capacity.
During its participation in the 1st and 2nd division, the club was using Municipal Stadium of Perivolia (3,700 capacity) as home. After the relegation this year, it will move back to Maleme. The same stadium will be used as our training ground. 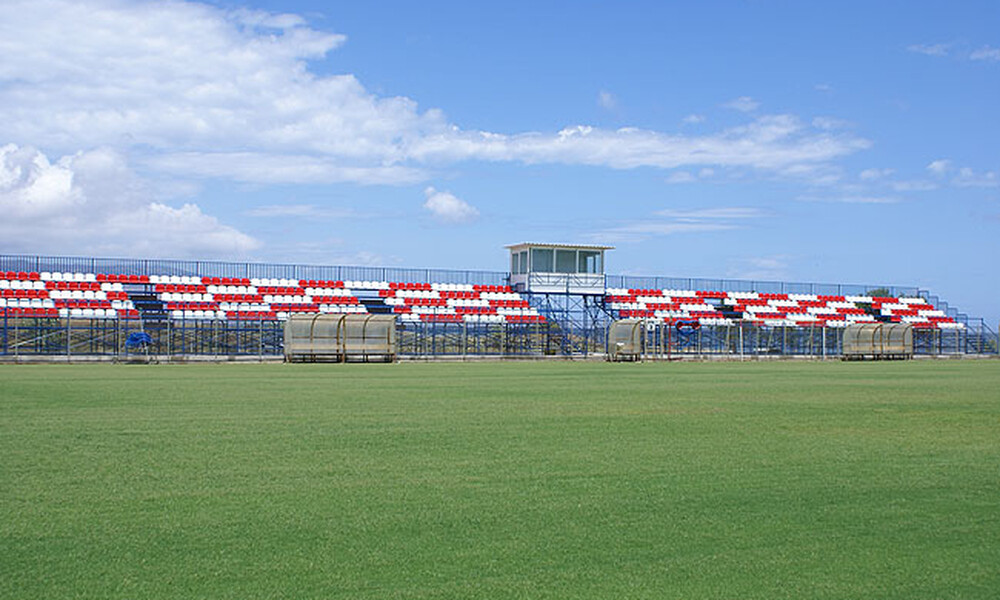 The national athletic center of Maleme


Fans
The club is based in a small village of 10,000 population, however during its 1st division years it attracted people from the neighboring city of Chania (55,000 population) , having an average of 1,500-2000 fans. After relegation in the second division, the club was attracting around 300-500 fans.
Club’s main fan club is called ‘’Platanias Ultras’’ and club’s main rival is AO Chania (now Chania).

The group consists completely of clubs from Crete. Our main opponents are Giouchtas, POA, Almyros and Irodotos, all from Heraklion region.

Local derbies with Palaiochora, Aris Soudas and SYNKA will have a lot of interest.
Teams play with each other twice (30 matches), we have to use minimum two U-20 players in the first team plus minimum two in the match squad (4 U-20 minimum in match squad).
4 foreigners are allowed to be used in match squad and 5 Over-33 y.o. players.

After the league ends up the champions from the 10 groups of G Ethniki will play play-offs between them in order to gain promotion.

Finances:
There is a 12,000 EUR wages and a 5,000 transfers budget remaining. No debts for the club.
Login to Quote


The head coach will be Giorgos Koltzos, former left defender with career in Superleague sides, OFI and Levadeiakos.

https://en.wikipedia.org/wiki/Giorgos_Koltzos
His tactics will be a 4-4-2 diamond narrow, with attacking mentality and short passing game.

His last job was in Panakrotiriakos' side in G Ethniki 8th group (now 10th) , finishing in the 4th position. He passed from Platanias' U-20 bench for 1 year in 2018. 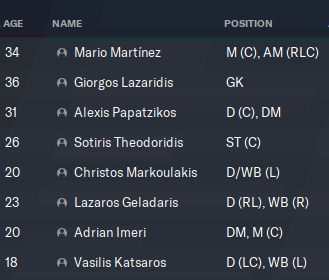 More important ones:
Our goalie, Giorgos Lazaridis, returned back in the team after 2012. 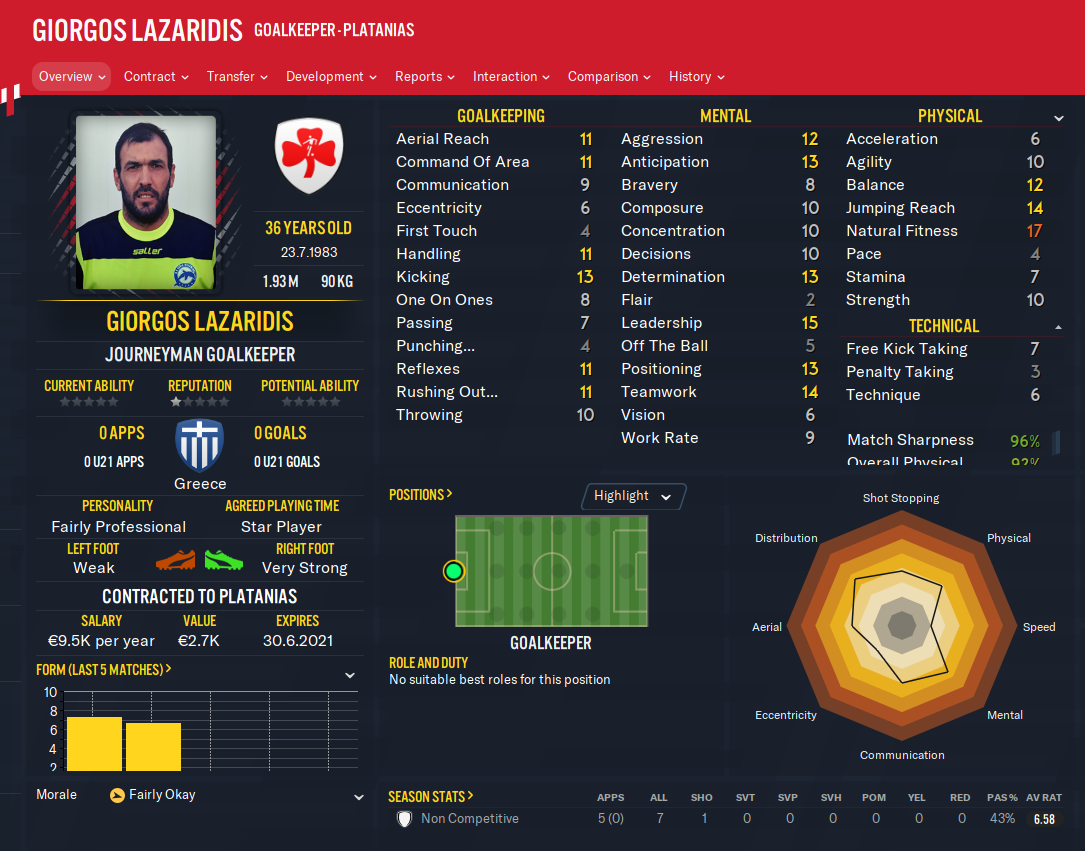 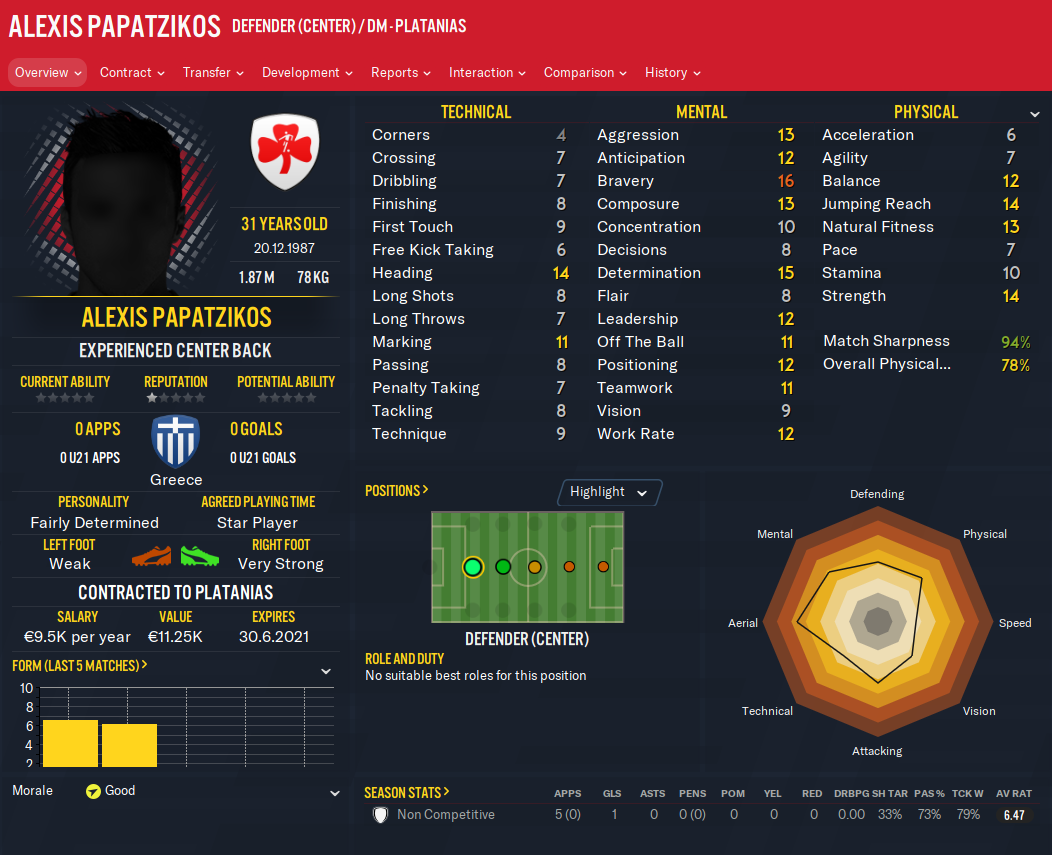 Papatzikos has a long history in national Greek Divisions.

The star of the team :

Martinez has played in top-european divisions like LaLiga and LigaNOS

Staff:
There was no staff available in the team, therefore we need to bring some classmates from UEFA school.
Login to Quote

To the club’s staff was added ex-PAS Giannina Defender Giorgos Ntasios as a general manager (choice of the board) plus Vasilis Chavaritidis as assistant coach and Andreas Tiliopoulos will be responsible for organizing our scouting team.

Greek Cup
The team managed to progress to the second round by beating 2-0 in Maleme ground 5th tier Panthrakikos FC with goals from youth team's Goundoulakis and our main striker, Sotiris Theodoridis.
In the second round, we were eliminated after losing 1-0 at home from AE Karitsa. Mario Martinez lost a penalty in 80th minute. 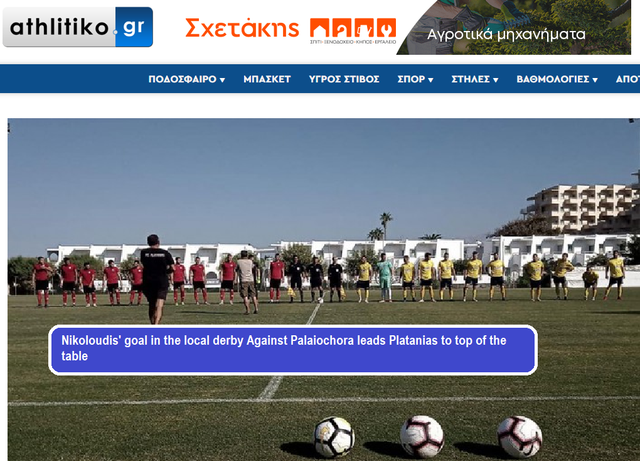 The team after 4 matches is in the top of the table with 10 points along with Poros Irakleiou. Results against competitive rivals Irodotos (2-0 , home) and Almyros (1-1, away) were good, plus 1st season’s match 4-1 away win against Giouchtas and a 1-0 home win in the local Chania derby against Palaiochora.
Nasos Nikoloudis is the club’s top scorer so far with 3 goals.

October ‘20
October finds the team falling down to 6th position. Only 2 goals scored in 4 matches. Two losses against Poros 2-1 (A) and Damasta 1-0 (H), one at home against Asteras Rethymnou and only one win with 1-0 against Neapoli Lasithiou (A).
Nikoloudis keeps being team’s top scorer with 4 goals.
Login to Quote

You are reading "The Galatian village back to the top".