I gave it one more season but the time has come. I'll officially be retiring from playing at the end of the season and beginning my coaching career. ScottT
2 years
A shame that your career came to end like it did. It would have been nice to see you go elsewhere for one last go. A memorable career though, certainly!
1
Login to Quote

Now I've retired here's a look back at my playing career. I'm really pleased with how it's gone and I'm looking forward to starting my managerial career at some point in the future. Before then though I need to do more work on my coaching badges. The plan is to spend four years doing just that then go into management around the year 2020 or 2021.

ScottT
2 years
Looking forward to which team will ultimately take a chance on you when you are ready to head into management.
1
Login to Quote

It's going to be interesting for sure.
Login to Quote

So the last I updated you all was a very long time ago, over three years ago infact. When I retired in 2017 after a very successful playing career, I knew that I wanted to go into management. However, the first thing I did following my retirement was to move back home to the Wirral where I grew up as a kid. Since then I have been busy working on obtaining my coaching badges and I currently hold a continental B license. 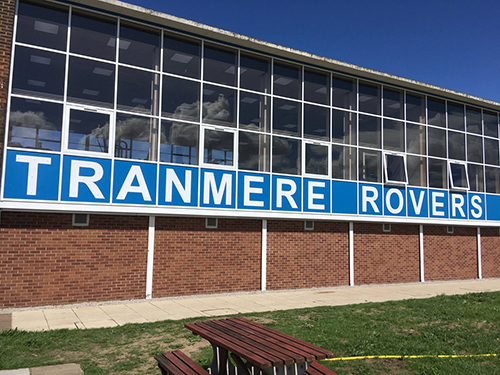 A year after moving back to the Wirral I received an invite from Tranmere Rovers manager Micky Mellon to go down to Tranmere's Solar Campus training ground to get involved in a coaching capacity. I was delighted and for the last two season's I've been working alongside Micky and his assistant Mike Jackson behind the scenes. This all changed in the summer when Micky left Tranmere to become the manager of Dundee United in Scotland. 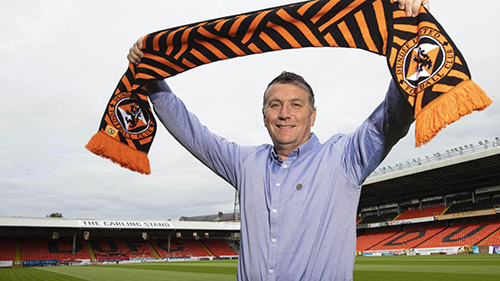 With Micky's departure, his assistant Mike Jackson took over as manager of Tranmere and told me that he did not want me as part of the backroom team at the club anymore. To tell you the truth I was gutted, as my hometown club I loved Tranmere but to be booted out without a warning left a bitter taste in the mouth. This leads me to the present day where I've just received a text from my Southport supporting friend telling me their manager has been sacked. He thinks I should apply and that's exactly what I'm going to do.
Login to Quote

Eoin97
2 years
A magnificent career ended, now a new one begins. But with who will you start with?Seems foolish of Melons second hand man to take you away from the coaching staff at Tranmere, a club that could do with someone of your calibre and experience surely..
1
Login to Quote

2020-11-30 14:57#279442 Eoin97 : A magnificent career ended, now a new one begins. But with who will you start with?Seems foolish of Melons second hand man to take you away from the coaching staff at Tranmere, a club that could do with someone of your calibre and experience surely..

You'd have thought so.
Login to Quote

In my previous update I managed that I was going to apply for the Southport job on the recommendation of my Southport supporting friend and I'm delighted to say that the application was successful. I now have my first management job in the word of football, albeit a little lower down the leagues than I was expecting to start off with.

For those that don't know, Southport are currently playing in the National League North following relegation a few seasons ago. The club is a semi-professional club and is extremely basic in terms of facilities. 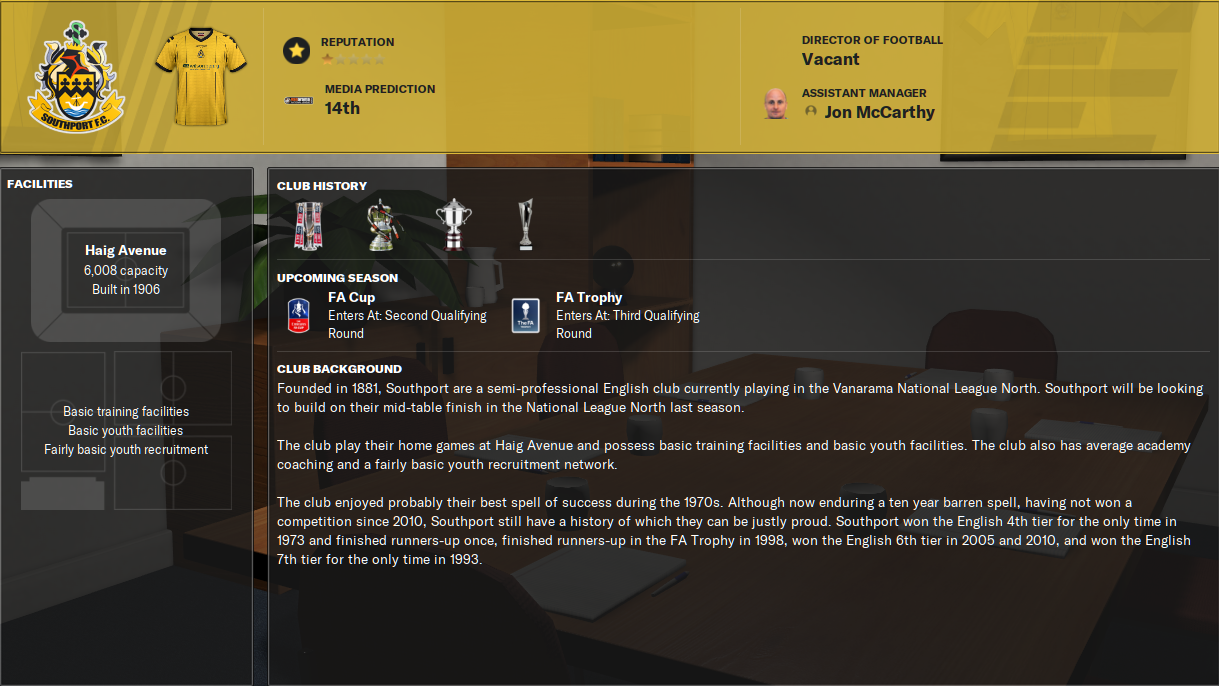 The board are looking for me to guide the club to a mid-table this season but my personal aim is for us to push for the playoffs. 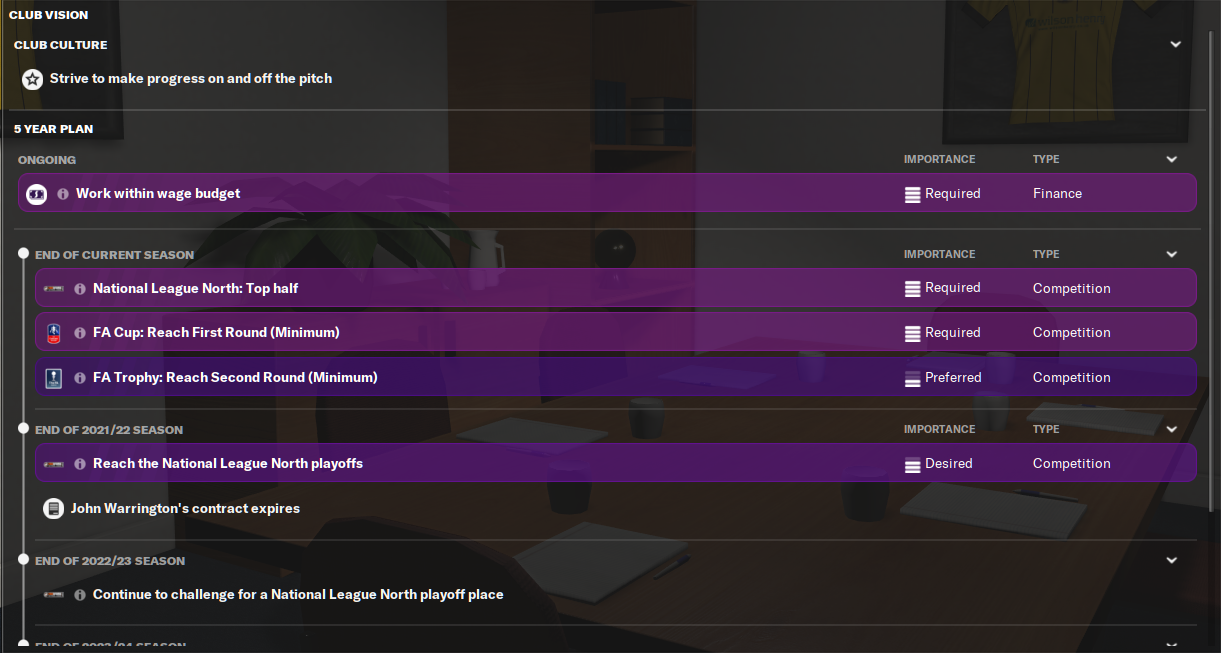 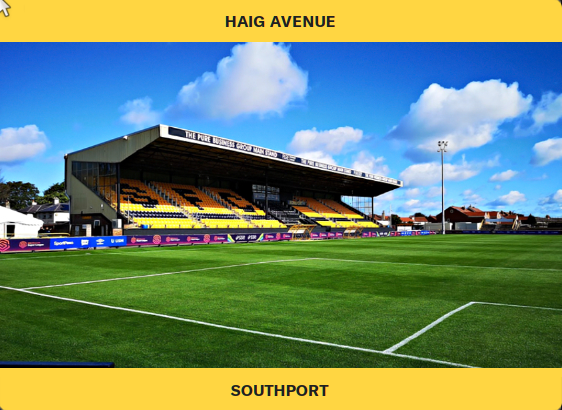 Southport play their home games at Haig Avenue which holds 6,000 people. It's not a massive stadium but it suits the level that the club is currently at. 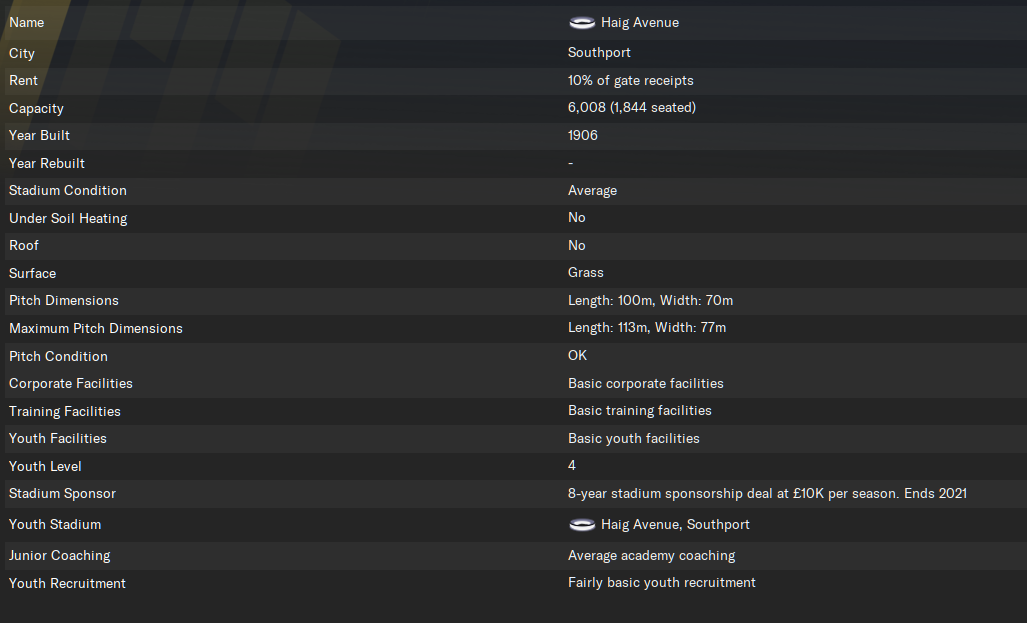 As you'd expect for a semi-professional side, our facilities are either basic or at best poor. Given that I want to be able to bring in young players from our development squads, improving our youth set-up will definitely be one of my priorities moving forward. 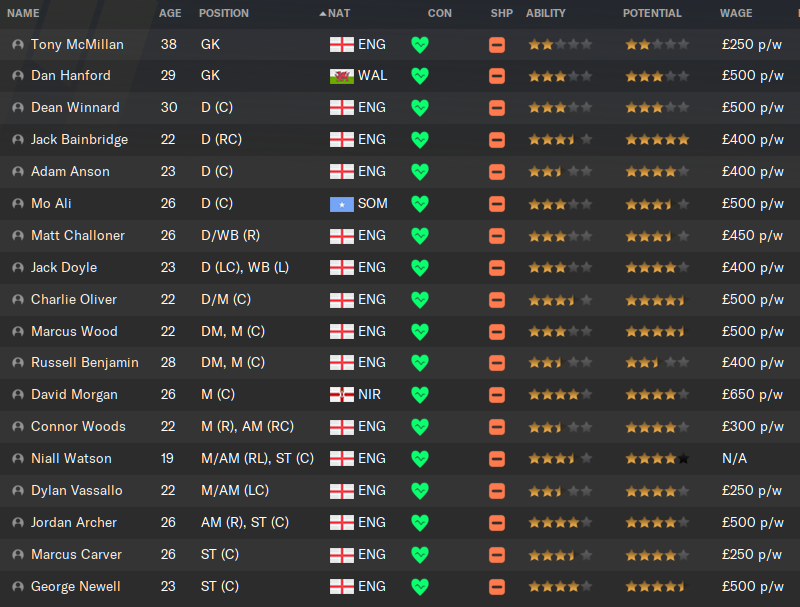 Finally we move onto the current squad. It's not a bad squad for this level but in my opinion its not anywhere near the level I want. My plan is to completely overhaul it in the next few months before the season starts in October.
Login to Quote

ScottT
2 years
A good squad there and a few former Stanley boys in the mix. Always a good sign

Well to say pre-season was hectic would be an understatement! Not only have we managed to overhaul the squad, our pre-season results have been fantastic. I am really optimistic that we can push for the playoffs, maybe even promotion if we're lucky. 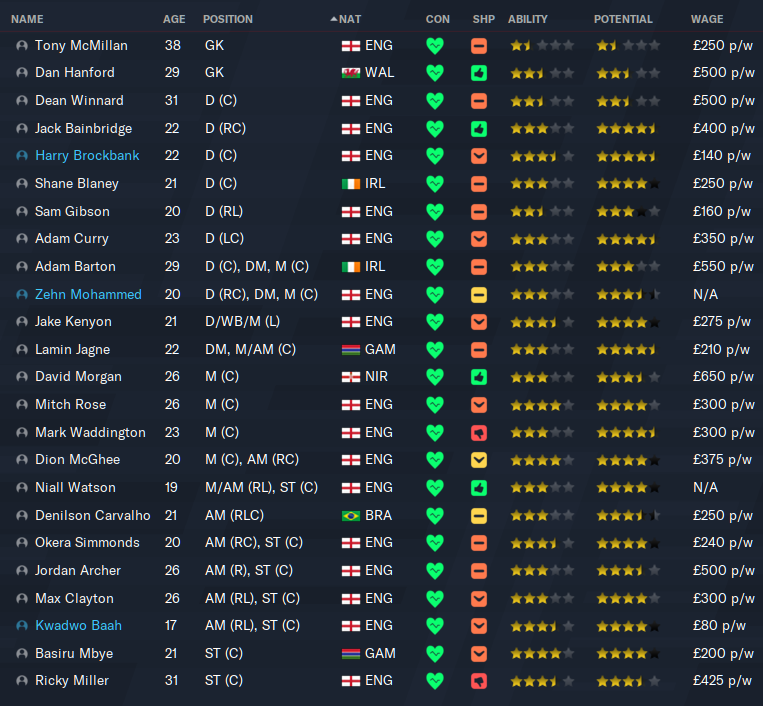 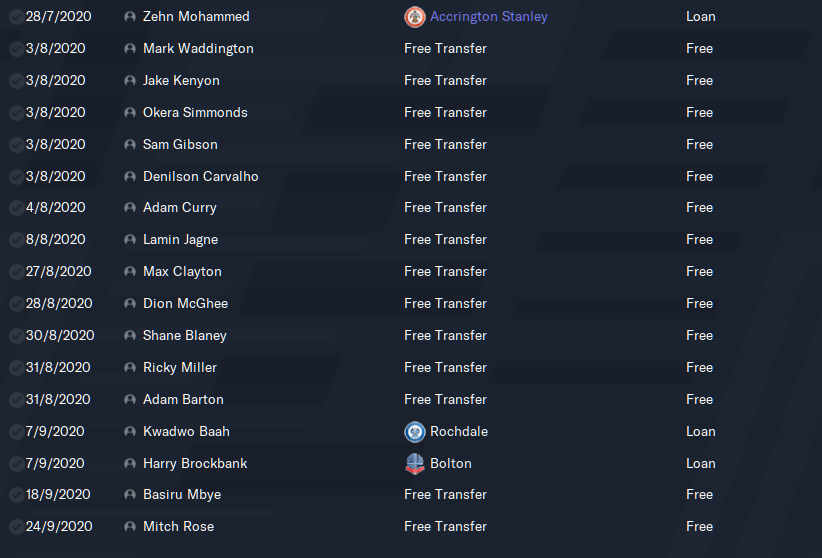 Harry Brockbank (on loan from Bolton)

Zehn Mohammed (on loan from Accrington)

Kwadwo Baah (on loan from Rochdale)

ScottT
2 years
Some very impressive signings. Two players jump out immediately; Clayton and Miller. If they can find form, they will tear this division apart.
1
Login to Quote

You're not wrong, I have high hopes for Miller especially after many he used to score when he was at Dover.
Login to Quote

TheLFCFan
2 years
A wonderful playing career which really took off after the move to Bayern, congratulations. Now from the lofty heights of International tournaments and Champions League finals, to this level of English football is quite a drop off and a new challenge. Hopefully you will be back in the big time soon enough!
1
Login to Quote

2020-12-02 17:40#279545 TheLFCFan : A wonderful playing career which really took off after the move to Bayern, congratulations. Now from the lofty heights of International tournaments and Champions League finals, to this level of English football is quite a drop off and a new challenge. Hopefully you will be back in the big time soon enough!

I really hope so. It's going to be quite an interesting challene
Login to Quote