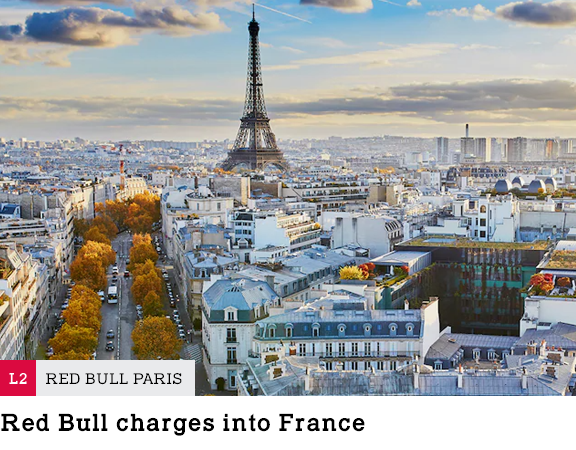 In a move many saw coming, Red Bull has finally pushed its way into French football with the purchase of Paris FC. The Austrian energy drink and sporting event titan has been in talks to take over the Ligue 2 side since 2017 when they escaped third tier Championnat National thanks to financial irregularities at SC Bastia. Red Bull GmbH has recently made headway in Brazil with the formation of Red Bull Brasil and Red Bull Bragantino which fueled rumors that they were about to seal a deal in either Portugal or France. The details of the takeover have been kept private but some report the purchase involved Club President Pierre Ferracci’s 77% stake in the club for €25M, this would leave the Kingdom of Bahrain’s 20% stake intact.

"Red Bull Paris is proud to join a strategic partnership with existing club ownership, the capital club will continue to be part of an international partnership that will support its shareholders in the development of training coaches and young players in Bahrain. We are proud to extend the Red Bull family and look forward to future success"

Some fans were not happy with the move, pointing to the impact of Red Bull in the Bundesliga with RB Leipzig, but after living in the shadow of PSG for so long this represents one of the best opportunities the club has ever seen to improve their own fate. Some of the grumbling was centered around the club being renamed to Red Bull Paris (RB Paris), a move that was a foregone conclusion, but Paris FC has so little brand recognition outside of its own fanbase that any level of success will probably heal those wounds. It may take some time, but more and more fans should come to call them Les Taureaux or Les Rouges.

For the time being the only changes are to the name, logo, and uniforms. There is some hope that Red Bull GmbH will announce plans to continue improving club infrastructure as the Ligue 2 side works hard for promotion to Ligue 1 and steadier financial footing. At the moment the stakes are small for Red Bull GmbH, a company that recently reported revenue exceeding €5B, but if they plan to emulate Manchester City the club will need to spend quite a bit more to catch up to their Qatari owned neighbors.
Login to Quote

Tango
2 months
Even though I don't like RB's intervention in football very much, you've got my attention here. I can see that something interesting is about to come up
Login to Quote

TheLFCFan
2 months
Slowly RedBull are taking over football with a break into France now. Good luck with the journey!
Login to Quote

ScottT
2 months
I'm firmly opposed to franchises like Red Bull but for the sake of the story, I'll be on board for this.

I would have to agree, but I wanted a way to hit restart on a club and also create some disgruntled fans. It sure made uniform designs easy...
Login to Quote 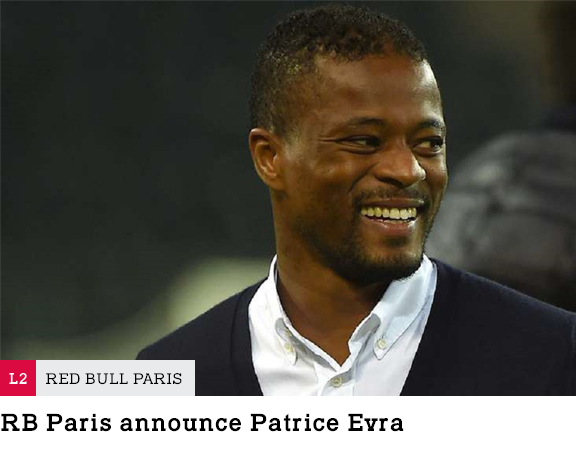 Another move that wasn’t all that surprising was the announcement of Patrice Evra as manager, the former French national and Manchester United left-back hasn’t been on the best terms with United’s ownership in recent years so a move away from England seemed like his best chance at being a manager. Evra has considerable experience in France with stints at OGC Nice, Monaco, and Marseille but he has never managed at any level with his only experience at United’s academy. There is hope that his vast experience on the highest levels, domestically and internationally, will be a great asset to a club trying to find its footing.

Evra will not be going at it alone as the club also announced a number of staffing hires to help bring the club up to speed with other Red Bull owned organizations. The hope is that within a few years RB Paris will be on par with RB Leipzig in terms of youth development and level of play. The hiring of Serge Assie as Technical Director points to a commitment to attacking football that will help draw fans as well as win. The 40-year old Frenchman spent time under Jean-François Pien, first at Nîmes and then at PSG, while he was Head of Youth Development. There is also a hope that connections with RB Leipzig (Germany), Red Bull Salzburg (Austria), and Red Bull Brasil / Bragantino (Brazil) will allow the club to expand their recruiting reach.

Early tactical discussions have Evra moving the team away from the 4-4-2 seen under previous manager René Girard, even though some have pointed to Julian Nagelsmann’s heavy use of a 4-4-2 / 3-4-2-1 as a possible template for RB Paris, with a 4-3-3 becoming a more likely approach. The current roster seems to favor something with a deep lying / defensive midfielder shielding the back, a 4-1-2-3, but Evra has stated he would like to work toward a 4-2-3-1 that attacks through wing-backs and makes use of the wider areas for attack. It will take some time to reshape the club, but ownership seems ready to give him the time unless the club crashed out of Ligue 2 in the process.
Login to Quote

And there is a lot of talent to be harvested at Bragantino, depending on the level you are starting with
Login to Quote

Evra will certainly bring a few on board from the former Paris FC faithful.
Login to Quote

ScottT
2 months
An interesting appointment. Best of luck to Patrice.
Login to Quote 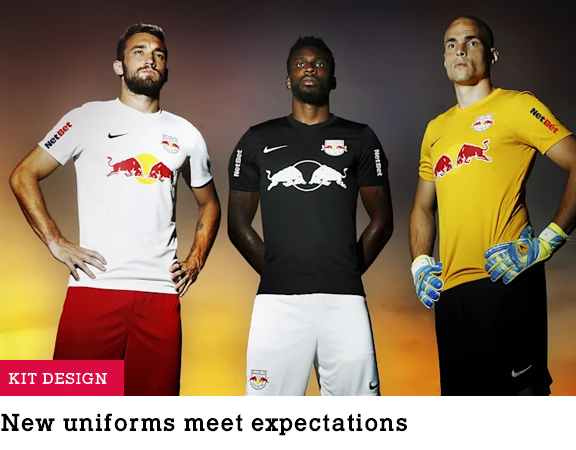 The first unveiling of Red Bull Paris’ new uniforms went about as anyone would have expected. The Red Bull owned teams keep a consistent design element across all of their kits and this one was no exception. The white-red-white, blue-yellow-blue, and all-black third kit were all standard fare for an entry level Red Bull team. There is some hope the club will be more adventurous in the future, especially with the third kit, but with current kit sales nearly rock bottom it may take a few years before Nike does more than copy/paste. Red Bull GmbH got a little lucky on this one as well because they didn’t even need to switch kit manufacturers, there is some hope that success will bring a bigger deal with Nike in the future with PSG’s recent €80M a year something to strive for. 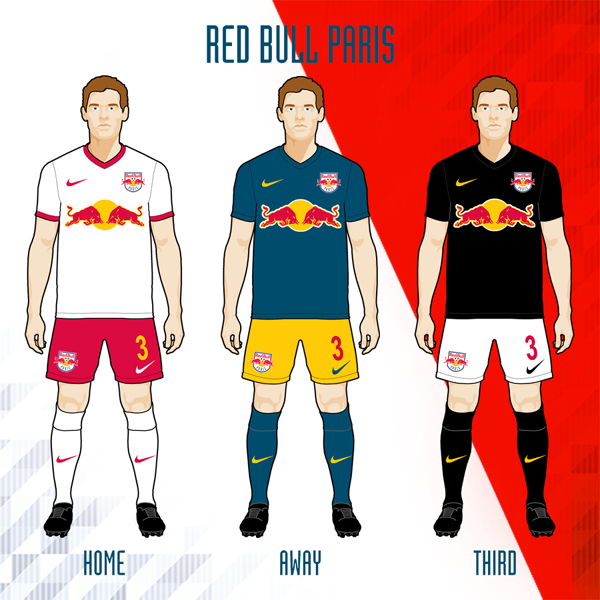 Tango
2 months
if the deal with Nike doesn't stand on its feet, RB Paris could try AlphaTauri!
Login to Quote

9Tailed
2 months
Though mostly standard for Red Bull Teams to have Red & White as well as Black and White, I really like the Blue and Yellow away kit!
Login to Quote