Jack
6 months
A good thing to get the first game out of the way, kind of good that it's a loss as well as it gives Oriol and indication of what he's dealing with here. Persipura are having a very tough time, but it could be so much worse as you are out of reach of relegation as it stands and the league itself is all quite compact when it comes to points. Hopefully the hiatus gives Oriol time to think of his plan for the rest of the season.
Login to Quote

Jack
6 months
Blimey, Peter Butler is from my neck of the woods and it's certainly a name I'm familiar with! As for Vera, they clearly took a shine to him with his two-time appointment after he won the league in 2016. As for your staff, if only you didn't discriminate against newgens...
Login to Quote 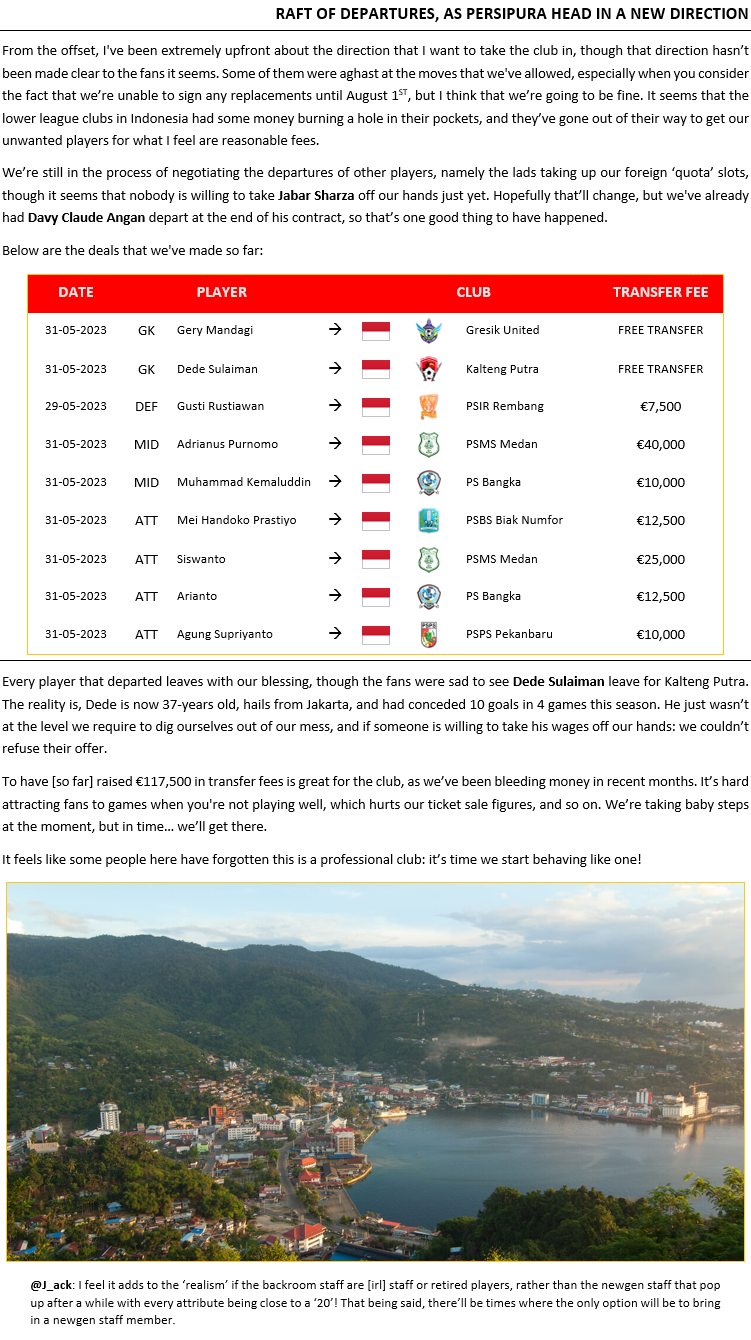 Jack
6 months
As I looked at the flags of the departures, I was slightly concerned that you weren't shifting some of those taking up spaces in the foreign player quotas but Angan leaving is a good start to that process. I think the fans are generally used to the poor running of the club at this stage regardless of who is at the top so Vivas will be needing to buy trust from the fans with wins so that the process can run smoothly.
Login to Quote

Jack
6 months
Bonai looks like a quality player for this current moment. The high activity in the transfer market seems like just the reset the club needed upon Vivas' arrival and with his track record at Aizawl in the market, he is one that could be trusted.
Login to Quote

tom9944
6 months
Great to see you brought back a player that has already played for the club! Hopefully he will bring a winning mentality with him so he can be an important player!
Login to Quote

TheLFCFan
6 months
Well, absolutely smashed India with that treble. Tore apart the team you came in to and built it into an immediate force. I wonder how they will continue to grow now following your departure. Also that World Cup was interesting, not sure I would quite have Mexico as a Finalist in my bet...

The move is an interesting one and I look forward to seeing if similar success will be had here. It looks as though Oriol is already stamping his mark on the club. I wonder if any of those foreign players will be stars from Aizawl. Great job as always mate!
Login to Quote 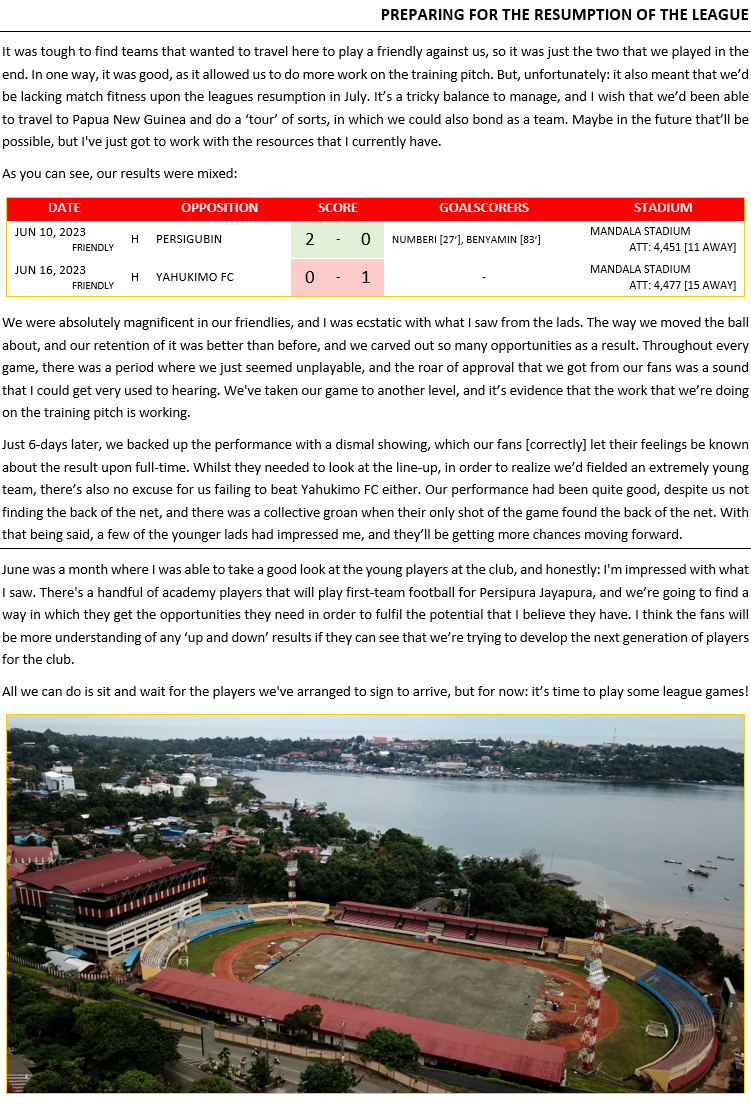 Jack
5 months
A really good pair of players with Marcos and Keirrison and I can't wait to see how they do! With a few changes made in and out, I'm really looking forward to see how they impact the current state of play.
Login to Quote

You are reading "Oriol Vivas - Creating a Dynasty".