It's been a while since I wrote a story, so this time I came up with something different and challenging.
The Concept is to choose medium and consistent team and try to win as many titles as possible. 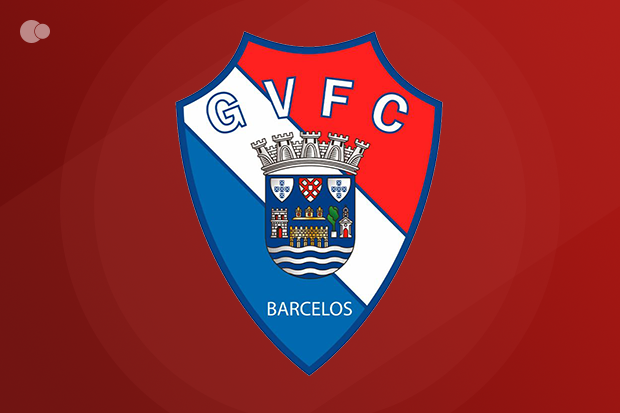 Gil Vicente and the future 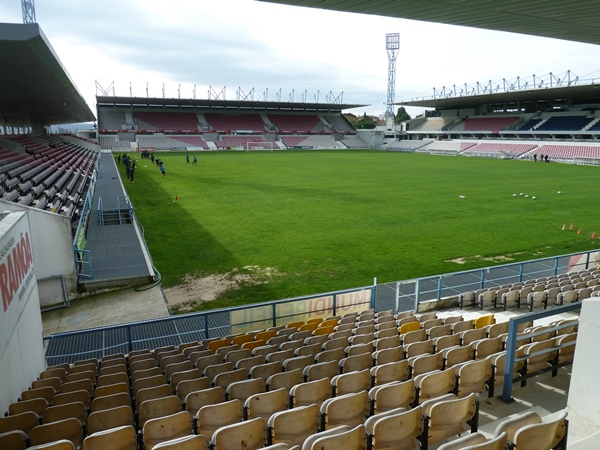 Gil Vicente has been one of the most interesting teams in Portugal. The team located in the north of Portugal, after finishing 11th last season, this season's objective is to try to secure a place in European competitions.

Our first year in charge was not bad at all, we managed to overcome the expectations that pointed to us in 17th place and managed to finish in 4th place, guaranteeing a place in the UEFA Conference League Play-offs.
We managed to obtain victories against the Grandes de Portugal, being a negative points certainly the defeats with Braga and Vitoria de Guimarães. 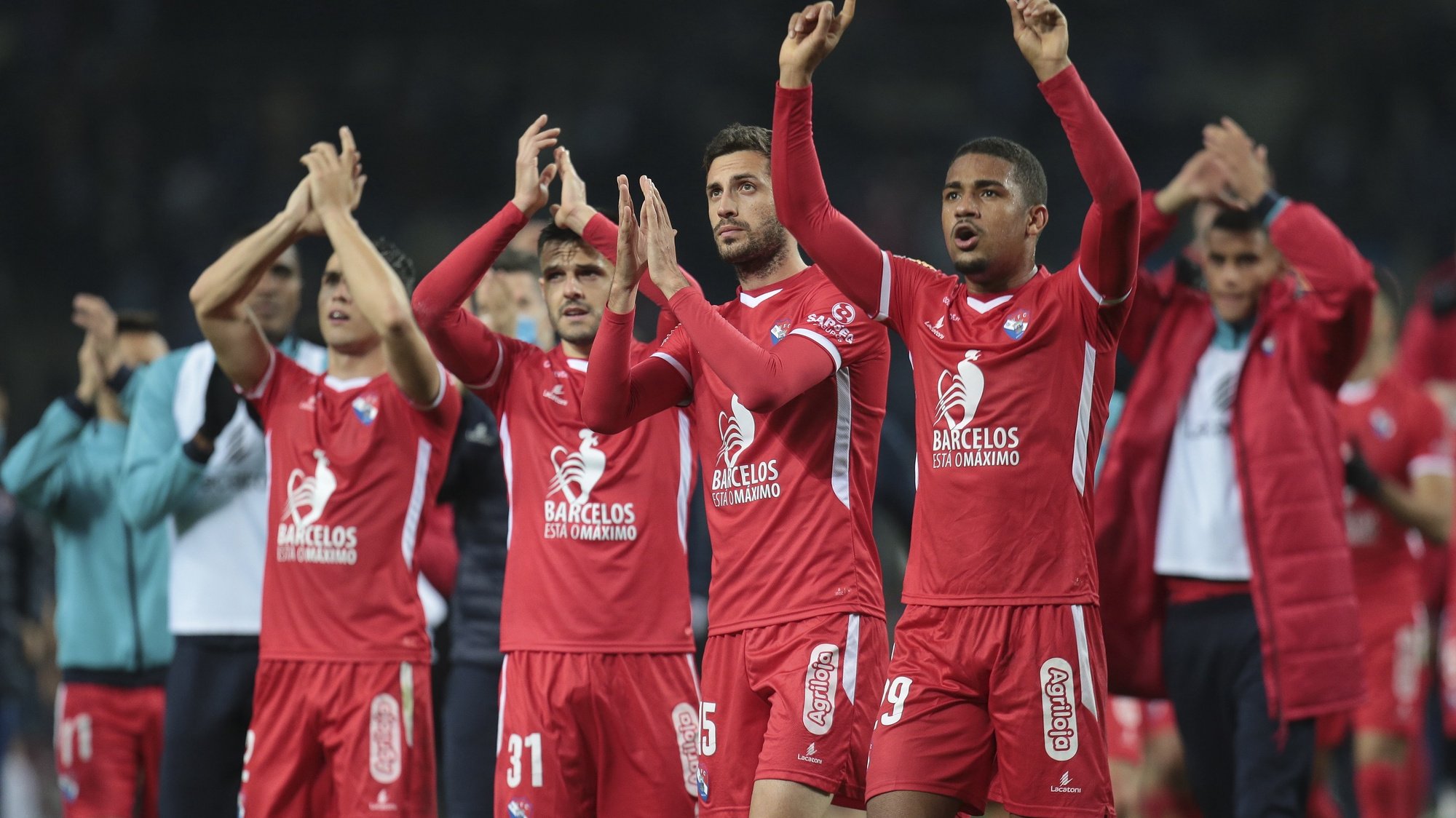 Using mostly the 4-2-3-1 throughout the season not to mention the incredible season of players like Samuel Lino and Fran Navarro who surpassed all expectations they had about them.

We didn't make it through the League Cup group stage.

In the Portuguese Cup we lost to Braga 0-1.

New Season same goals! After a meeting with the board where we discussed what the plan would be for the next season. We decided the following:
- Try to maintain consistency
- Fight for a spot in the Conference League Stage

We didn't sell that much, but even so, we managed to obtain an interesting amount for Victor Carvalho.
And Matheus Bueno's departure was obvious because he had no place in the team.
We signed some players with Leonardo Lelo being our biggest transfer ever for 700k.
André Bukia I came from Arouca FC because we needed a winger on the right side and he was more accessible than we got. Lamine Camara, Kunle Adeleke and Morlaye Sylla are long term contractions are our biggest promises coming from Africa and we are sure they will be great players.

Gil Vicente loses the playoff access to the Conference League.

A draw in the first leg and a defeat in the second destroys the dream of the rooters of Barcelos.

The season started quite well until January then we had a crisis of results due to injuries of key players, and internal problems because of players who were not happy with the playing time. The tactical changes made also contributed to the team's descent, but we managed to recover against the game against Mafra where we won 1-0 with a goal from Guilherme Silva. 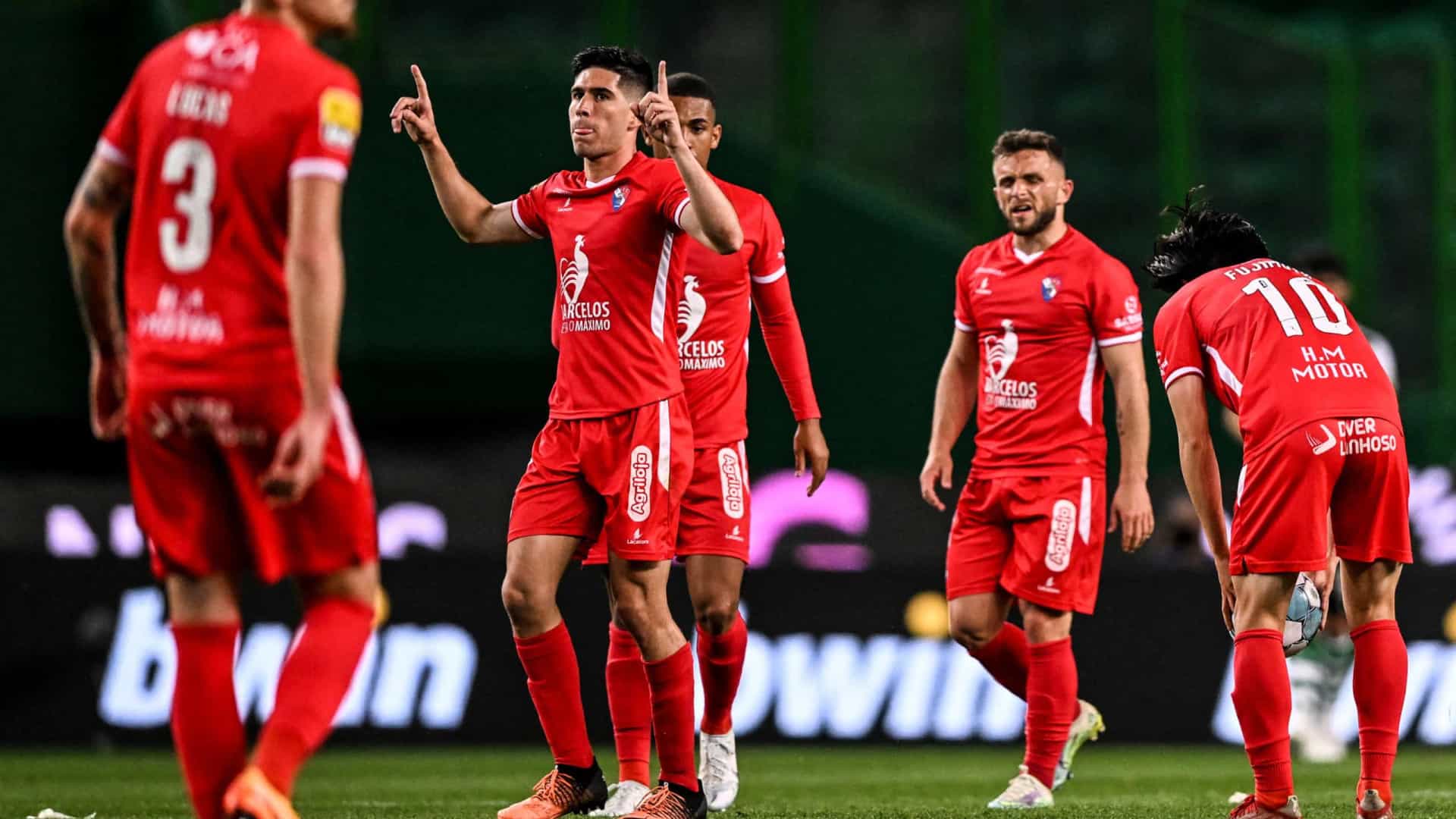 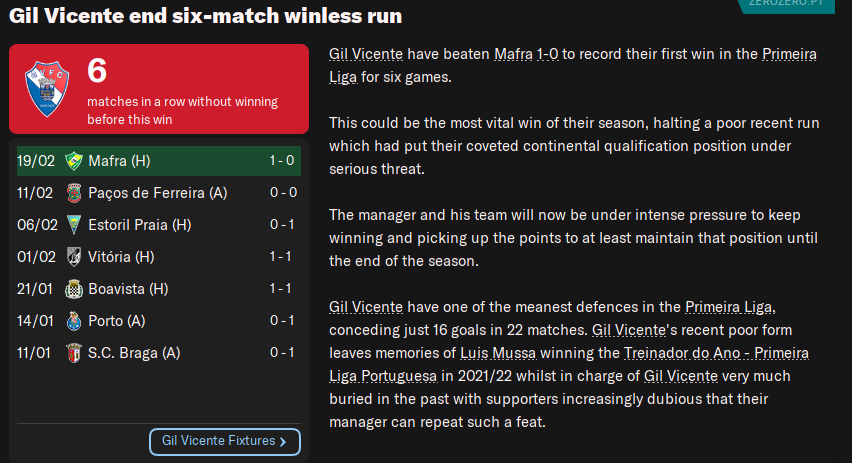 Gil Vicente loses in the League Cup Final against Benfica.
After having eliminated Sporting in the Penalties, the roosters lost against Benfica by 2-0.

After the defeat in the league cup we managed to have some inconsistency in the results.
But we managed to recover after some tactical changes, mainly to the 4-4-2 with Fran and Lino in front, where we got very expressive results.

Despite everything, it was a good season with some problems, but we managed to solve them and guarantee qualification for the Europe League.


Early in the morning the cell phone rings and the president of the club calls to schedule a private meeting to discuss the future. After a few hours of dialogue and conversation about goals, I decided to renew the contract until 2026.
And one of the main reasons was how the team has grown in recent times and I'm confident that we've managed to achieve something incredible and unique.


After that, the president congratulated me on the excellent financial control of the club and excellent income that we obtained during the last season due to our position in the final in the league, for a team where prediction is the relegation has not being bad.

The pre-season was quite interesting where we developed tactics, worked on new positions for certain players. I hope that this season you play more cohesively and are more willing to play other positions so that the team maintains the necessary cohesion to achieve the proposed objectives.

Samuel Lino signs for FC Porto FOR 17M This is the club's first record sale. 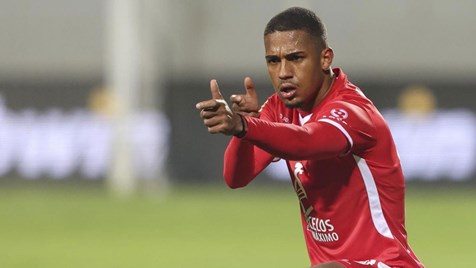 So far we started the season well with only one defeat against Estoril where we had several expulsions we had our first debut in the Europa League where we lost 2-1 against FC Kobenhavn in a very intense game where we lost almost at the end of the game, the rest has everything went quite well.

Jack
1 month
Busy time for you in the window but certainly seems to have paid off in the results you've got!
Login to Quote

deadzpool
1 month
Jack: Yes i know but is very hard to sign decent player with a lower budget but im doing okay!

Pedrinho Renews for another year.
Star player announces contract renewal until June 2025, considered the key player of the team where the head coach has already reacted and said he was very happy with Pedrinho's renewal. 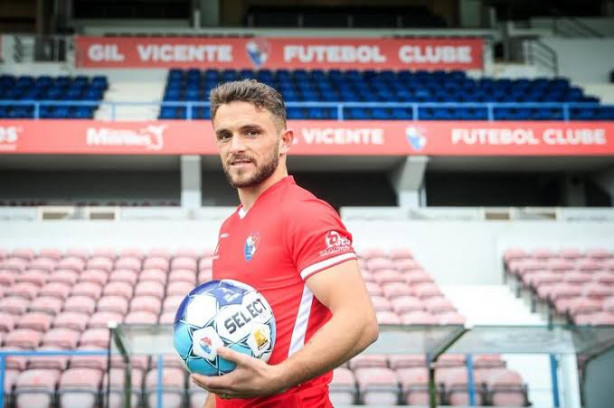 The saga continues, the good results have come and gone, but the team's consistency remains. 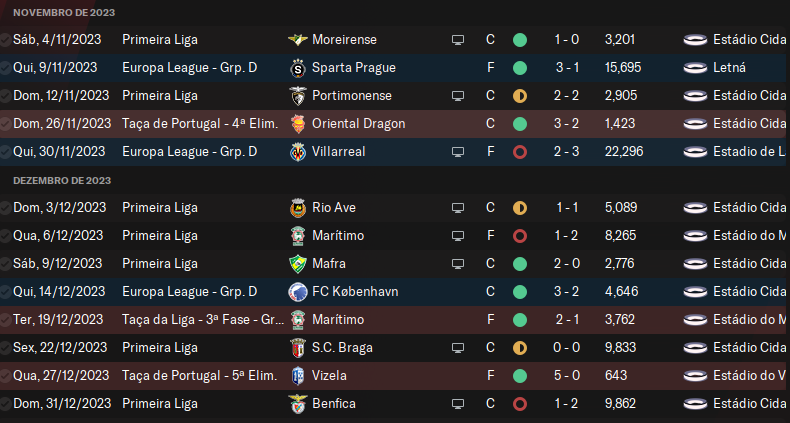 Gil Vicente qualifies for the knockout phase of the Conference League. 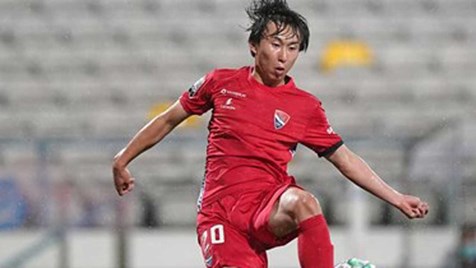 After a competitive group in the Europa League, Gil Vicente failed to qualify for the next phase.

Justice
1 month
Doing well and not outclassed too much on the scoreline when you have lost. Keep pushing.
Login to Quote

FC Porto wins the League Cup.
Gil Vicente reaches the final of the league cup again for the second time, but loses against a superior Porto. 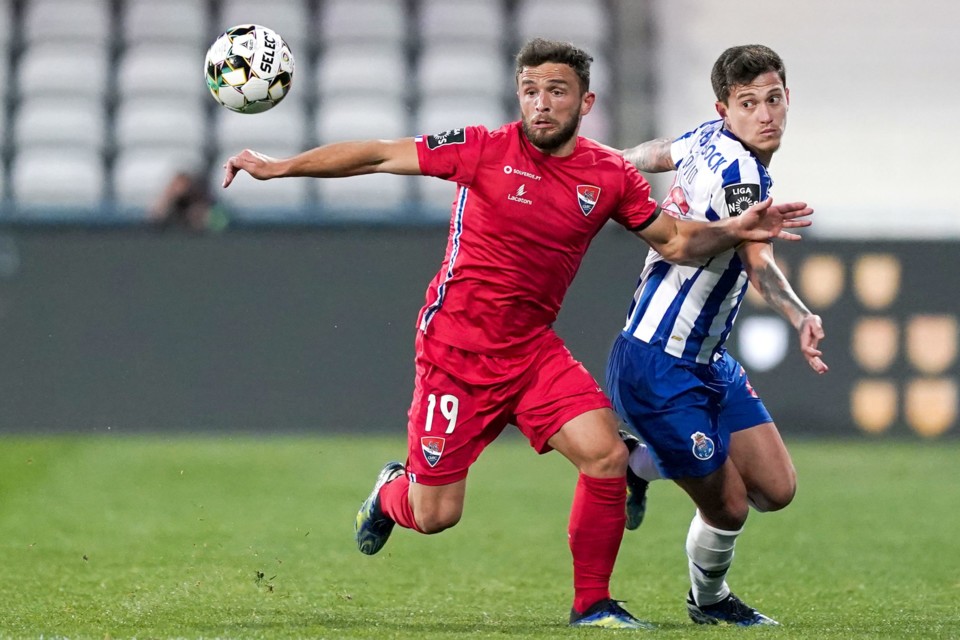 In the interview after the game, the Gil Vicente coach said that: “I am very sad that we did not win, but we are happy to have reached the final for the second year in a row and next year we will be here again.”


Despite the heavy defeat we managed to recover and win the remaining three games until the first game of the Conference League.

Easy Victoria in the Conference League qualifies Gil for the next stage.

Defeat takes Gil away from the Final.


The defeat in both legs against Sporting meant that gil was on the path of his dream of reaching the final for the first time in the club's history.

“I'm very sad again, sometimes I feel like a bald fraud, and it's difficult to compete when you have half of the attackers injured, but players gave everything they had we will continue to try to make history and working to win titles will not be easy, but we will fight, of For the rest, I only praise the fans who support us.” 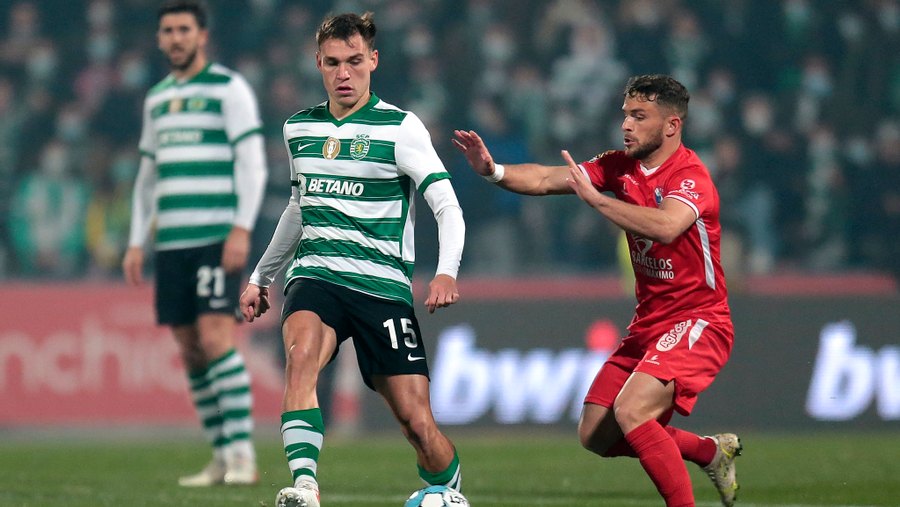 Conference League second qualifying round
Another easy victory for Gil Vicente after beating Club de Brugge in both hands.

Conference League defeat
Gil Vicente lost against Real Betis in a very competitive match where the Barcelos team almost won, but ended up losing against a superior and more experienced Real Betis. 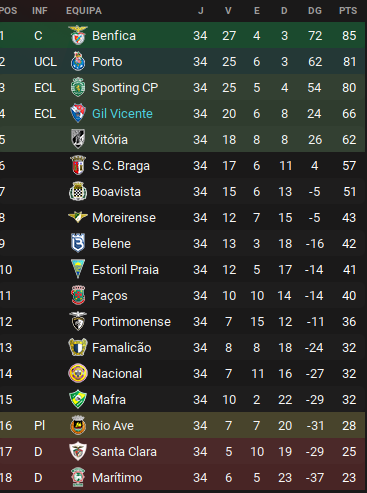 It was a very intense season with many injuries and very difficult games, but we always managed to do our best regardless of the opponent I hope the next one will be of the same level, but the titles have to come because I believe we are not playing badly but we can always improve .

Gil Vicente has a new owner.
Entrepreneur Sandro Silva buys the club for 36M and puts the club on the stock exchange. 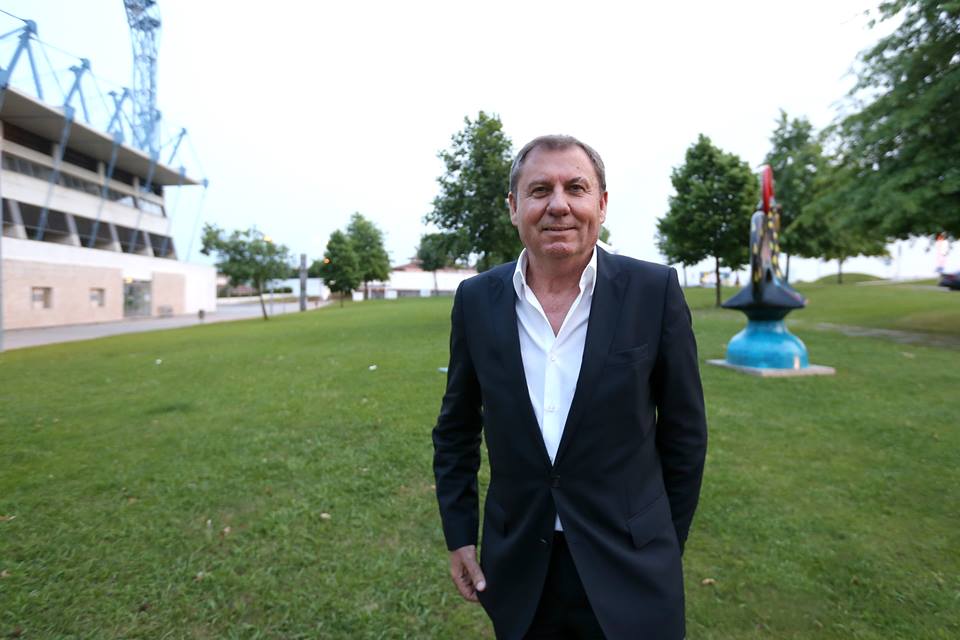 Being the main priorities of the owner to take the club to the Champions League and fight for the title. 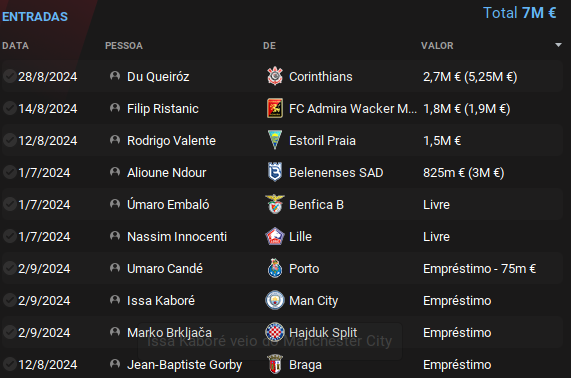 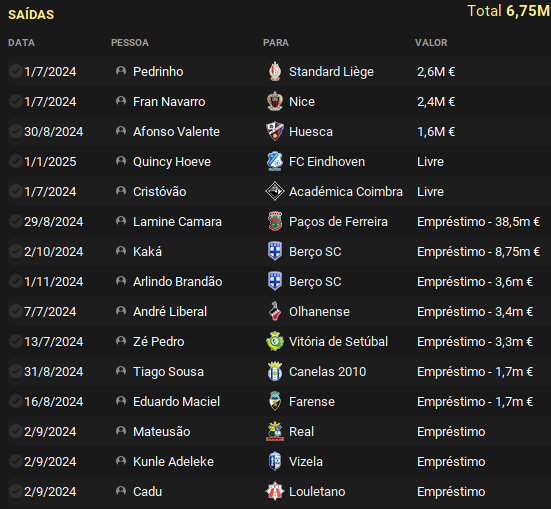 It was a different market because we invested a lot, around 7 million and for a club like ours it's a lot of money, but unfortunately we had to sell some key players like Fran Navarro and Pedrinho because of the salary mass that was very high.


We had a pre-season test where we tested new tactics, put players in different positions and had games with teams that were more superior to ours.
We started the season quite well, but due to injuries and some instability on the part of some players who haven't played, we had several games without winning. 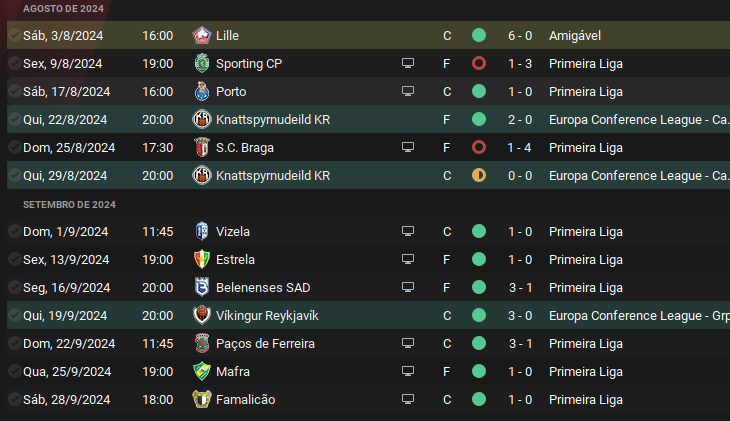 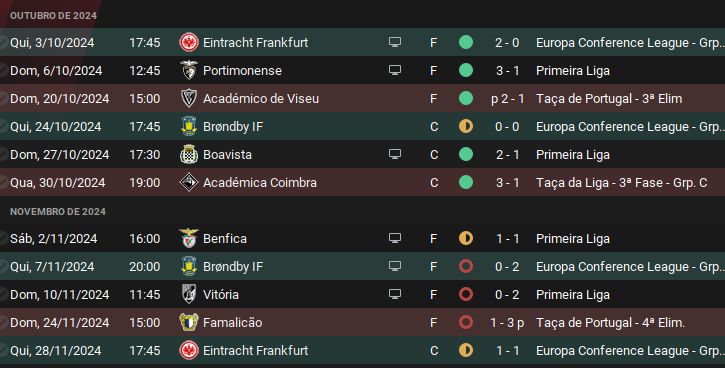 We lost in the League Cup and in the Portuguese Cup, but we managed to qualify for the next phase in the Conference League. 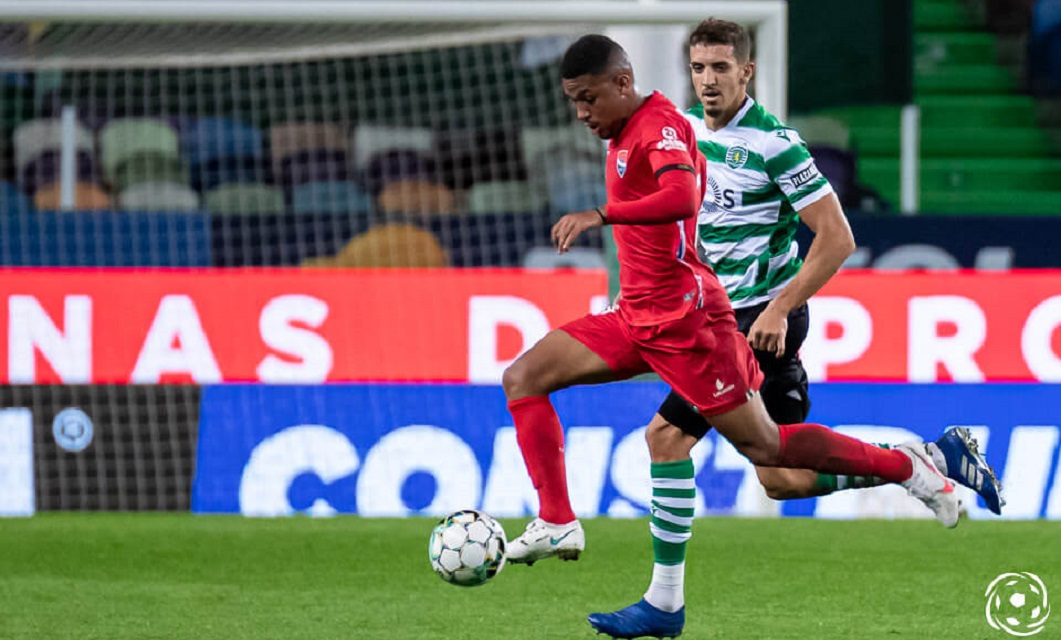 Ali Ndour scored two goals for the roosters of Barcelos where Sporting got an expulsion and failed to be superior to the opponent.

After the game, Gil Vicente's coach said that he is very happy with the victory and hopes to have a historic season with the club.
Login to Quote

You are reading "Gil Vicente- Chasing the Sucess".