BeanyUnited
2 months
*Please note I did not decide to start this story until the eve of the first game of my second season, so please excuse the first season being a little more concise in terms of storytelling so I am able to play catch up. I plan on using a mixture of short stories and article reporting to engage the readers.

The 2021/2022 season saw young rookie manager Joshua Bean take the reigns at the world renowned Ajax, after previous manager Erik Ten Hag stood down for personal reasons and informed Edwin Van Der Sar that he would not be returning due to these issues. A manager with zero previous first team experience there was undoubtedly a lot of pressure on his young shoulders from fans, pundits, his own players and overall himself to prove to the world that Ajax one of the stalwarts of European football had not descended into Uk government levels of miss management.

The summer transfer window as Bean gets to work.
Taking over a club which had won the league and cup double just weeks ago before Erik Ten Hag had to take a sudden break from the world of football, Joshua Bean was aware that there might not be a whole lot required in the transfer window to maintain the status quo. But that was not the style of the Englishmen, he knew to have any form of long term success the first few months were make or break for him to be able to embed his style of play, his work ethic and his transfer strategy onto the club.

Despite admitting in his first ever media appearance that he intends to stick to Ajax's long illustrious tradition of developing and signing young players, his interest was peaked when the agent of serial winner David Silva contacted him one brisk morning with a proposition. David felt he had just one season left in his legs, he knew his time was fast approaching and he wanted the chance to go out on a high, just a few hours later Ajax broke the news that they had agreed terms with Real San Sebastián for the services of the Manchester City legend, for a meager fee of just £5.5 million. The Joshua Bean era had truly begun. 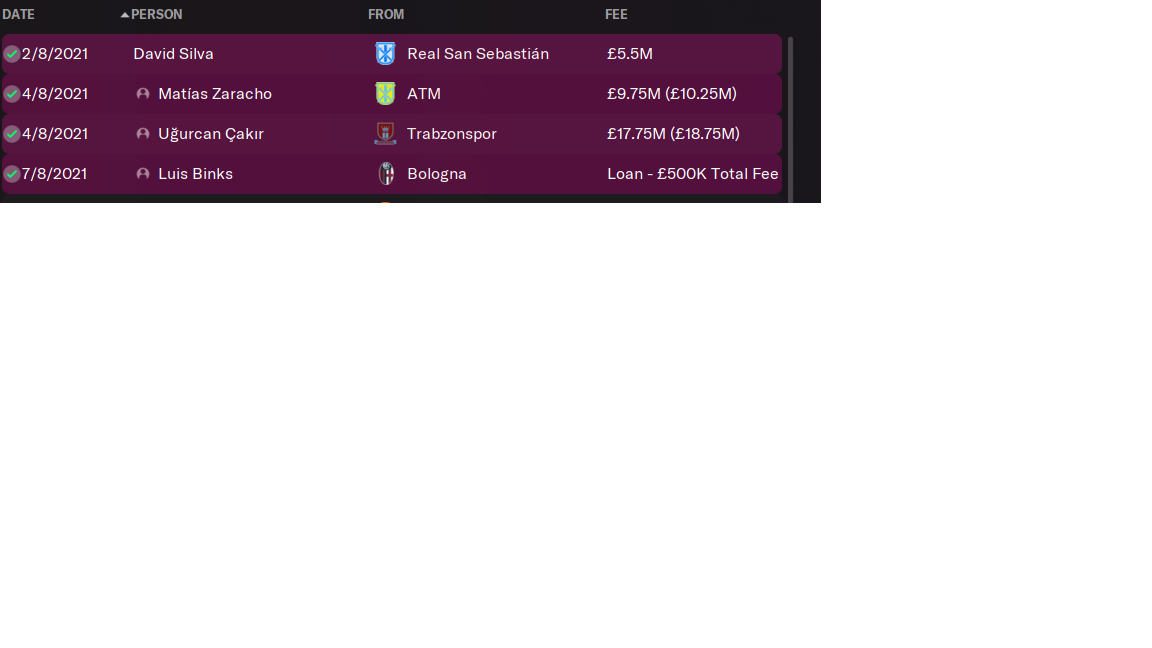 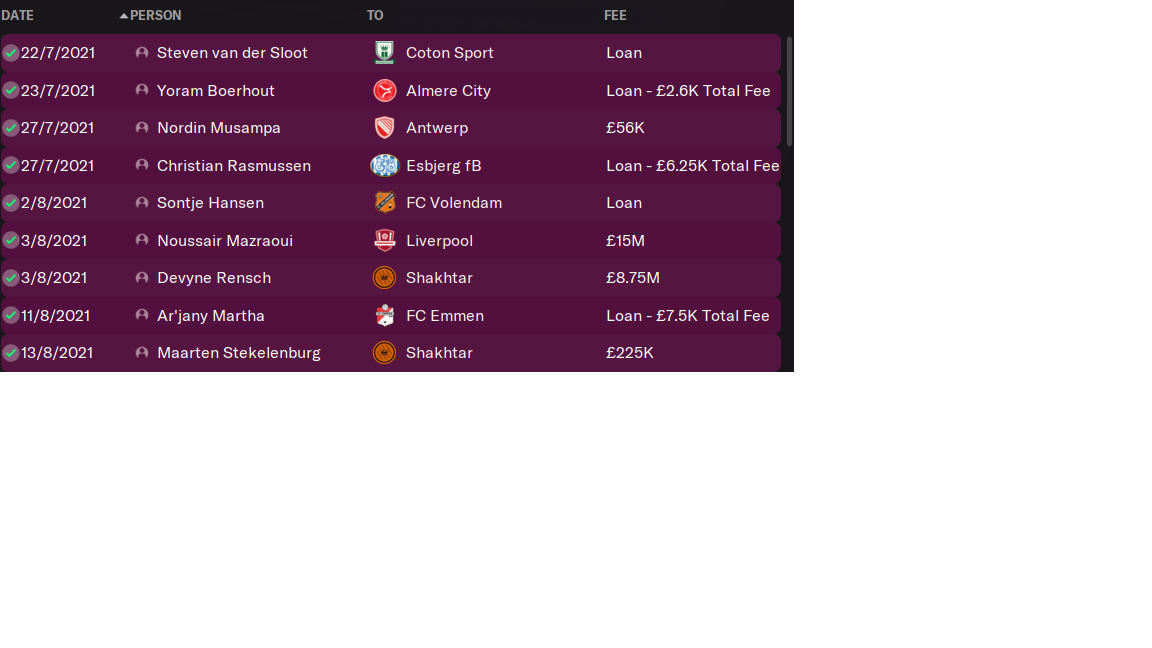 After what he deemed to be a successful transfer window bringing in a starting veteran central midfielder, a starting goal keeper and two young rotational pieces, while only getting rid of two players who requested their sales and loaning out a large number of of high potential youngsters, Bean was ready for his first ever competitive fixture as a professional manager. The curtain raising Dutch Super Cup. 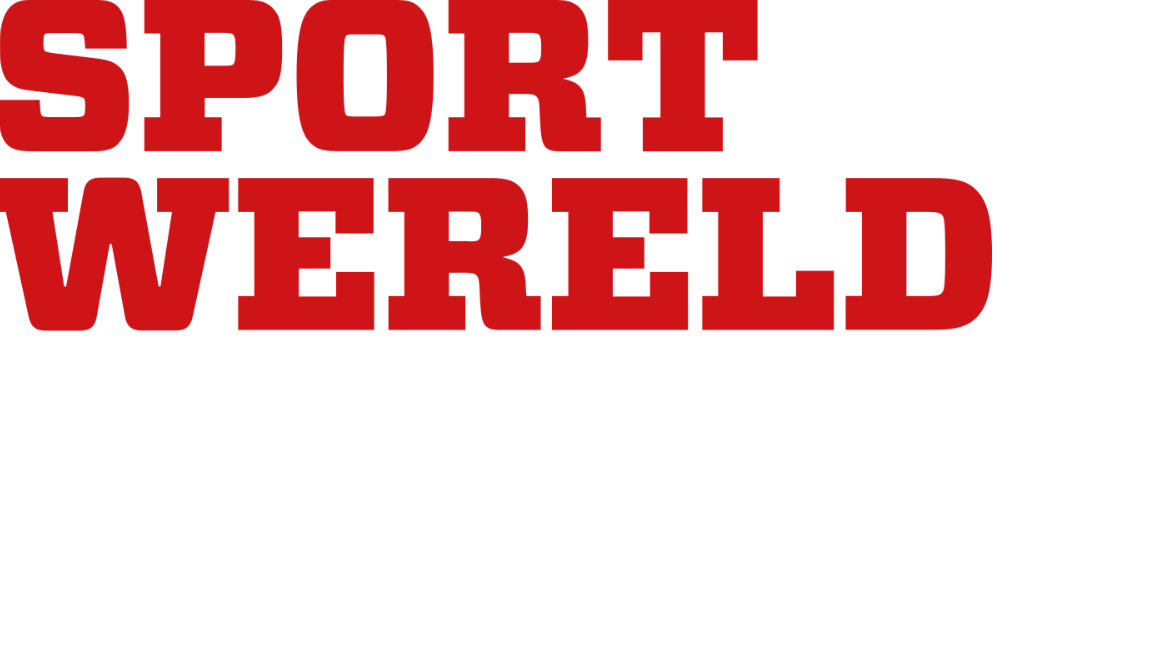 On a cold day in Amsterdam, the de Godenzonen faced long term rivals PSV in what was new manager Joshua Beans first ever professional fixture as a manager. The young Englishmen could not have asked for a much better start than when ex Saints player Dusan Tadic scored a header from just a few yards out after a cross from young Brazilian Antony. It was shortly time for ther aformentioned Antony to add a goal of his own to proceedings after some lovely individual skill saw him jinx past two defenders before dinking the ball over a clearly exasperated Yvon Mvogo. 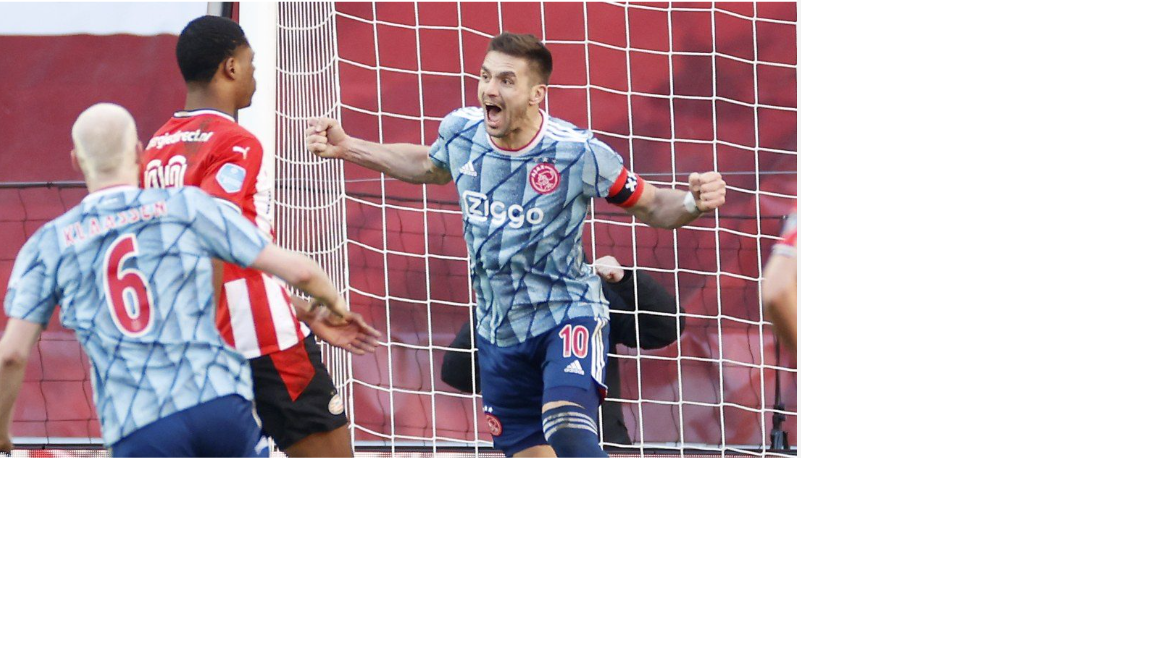 If fans and pundits were to be honest the game rather dulled by this point with an obvious pre-season feeling taking over proceeds, the game was given some life when PSVs Eran Zahavi scored after a long punt upfield by Mvogo was flicked on by Carlos Vinícius and the Israeli made no mistake by slotting the ball into the corner.
However PSV were unable to ever truly threaten after this goal out of nowhere and in fact it was Sebastian Haller who had the best chance to add another goal for Ajax after he missed a 96th minute penalty. 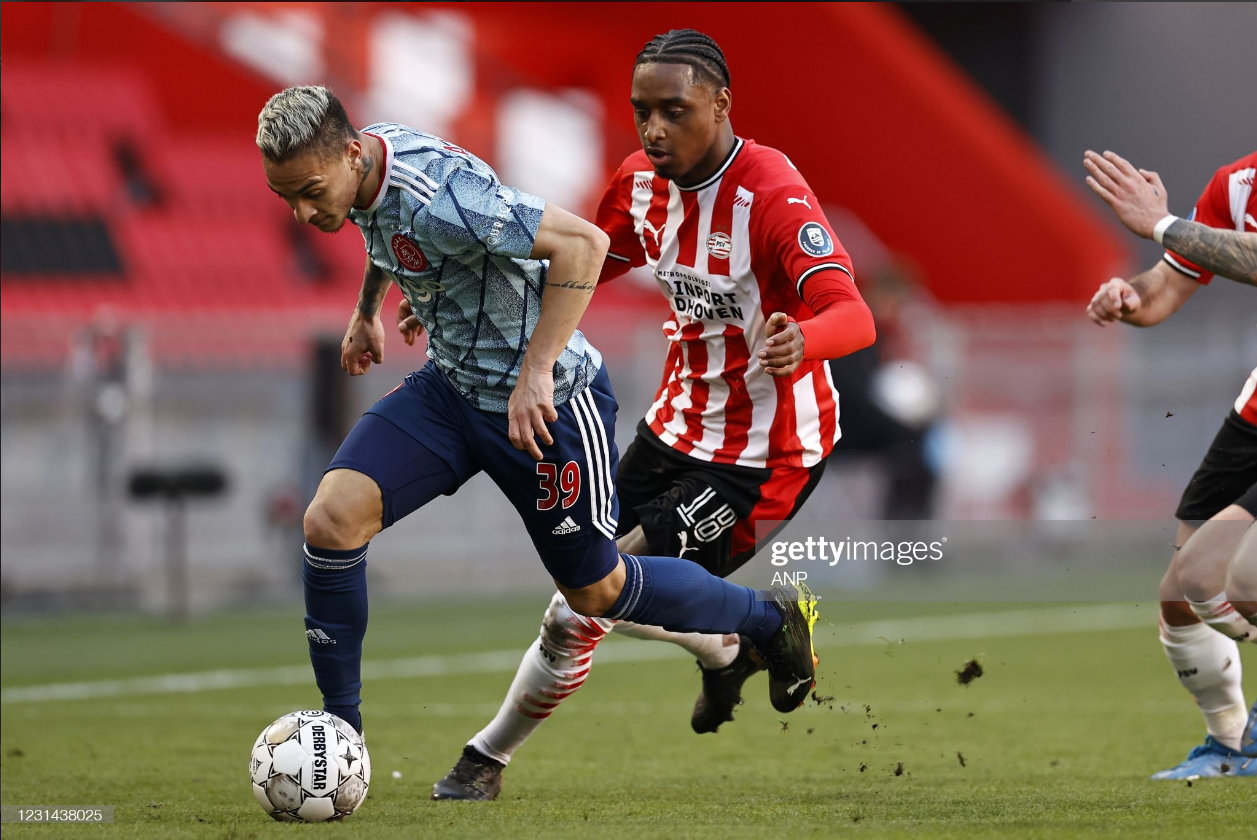 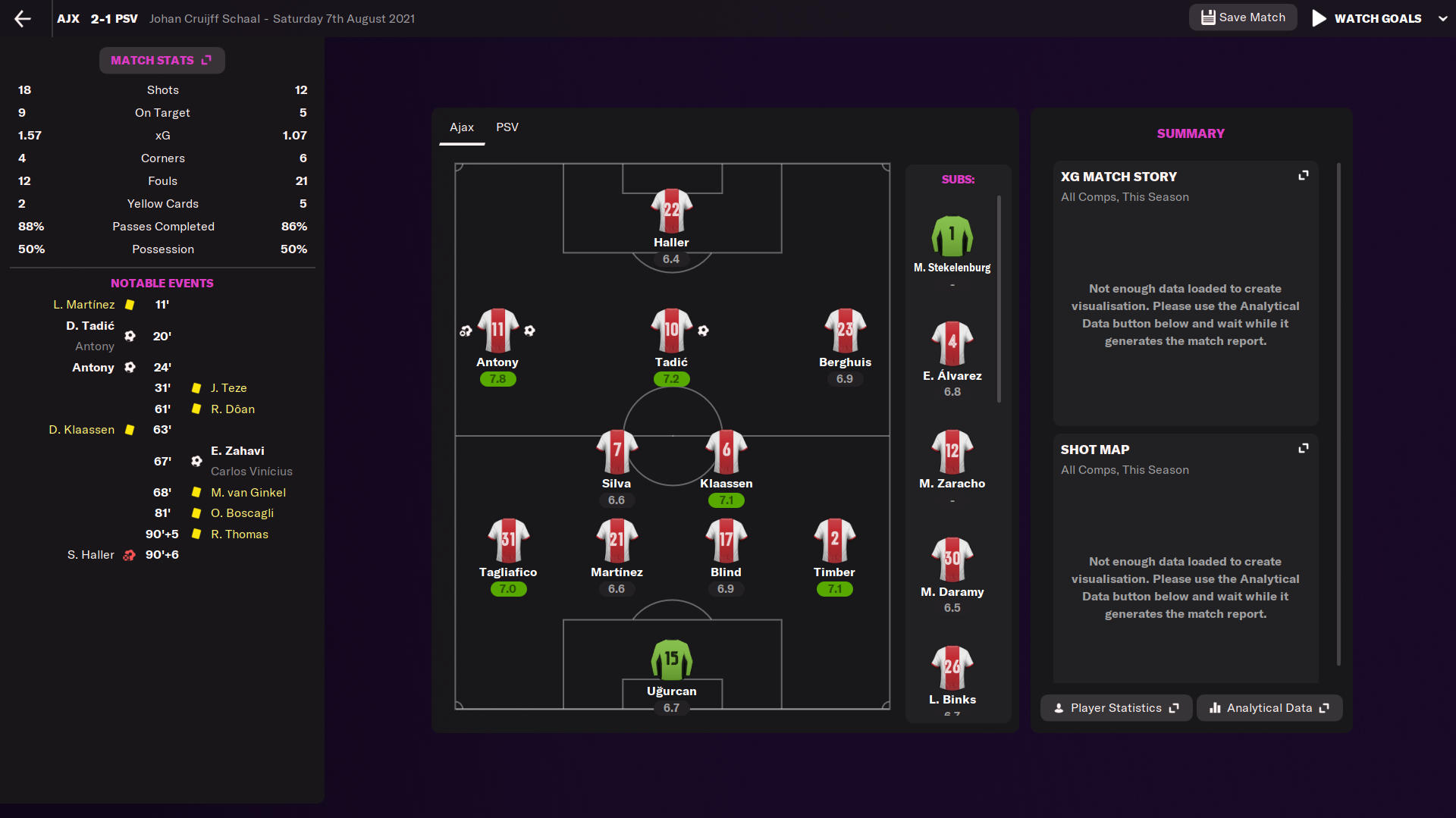 Ajax will start their title defence at home to N.E.C. Nijmegen while PSV attempt to kick start an unlikely title challenge themselves away at Heracles Almelo.
Login to Quote

You are reading "The Three Little Birds ascent to European glory".