Madridalists7
10 years
Good result, where are you in the league and how many games have been played so far ?
Login to Quote

barton6435
10 years
doing well, make sure you throw your match against the owls though. they look like they need help
Login to Quote


With his loan spell cut short he is unable to add onto his 15 goal tally for the season. 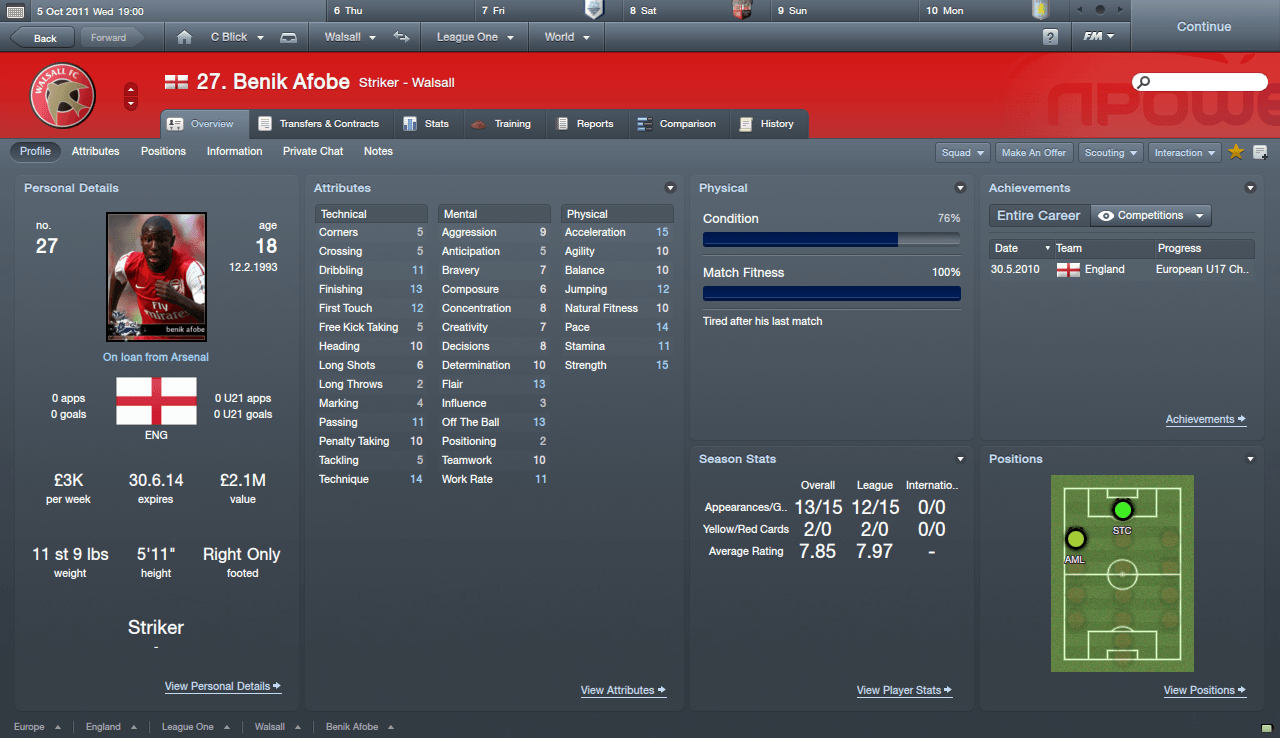 Saddlers chief executive Stefan Gamble has come out and commented on the loss of this young striker and says its a sad loss for Walsall as he has become a talent at Walsall and people had high hopes for us, we will look into going into the end of the season and finishing where we are currently sitting.

Walsall Manager put in some input and said 'Thank You' to Arsene Wenger for letting the young strker come to Walsall for some first team action and will hopefully be able to bring back the striker next season back onloan again.
Login to Quote

barton6435
10 years
gutting when they take there young players back, hope you can hold onto your spot
Login to Quote


Man Of The Match

Records So Far This Season

Rex_Wrex_Wrecks
10 years
Are you a feeder club for Arsenal? If not, you should always make sure you untick "Can be recalled" when making a proposition to take a player on loan.
Login to Quote

BaggieMatt
10 years
Going well so far Craig, unlucky about Afobe being called back early. Keep it up bro
Login to Quote

Walsall_Craig
10 years
Cheers, sucked about losing the Brentford, first match with Afobe and I lose

You are reading "Little Team in the Midlands - The Saddlers Story".