Blue
10 years • Edited
September
Cup Update
Manchester City have been drawn at home to Blackburn Rovers in the Capital One Cup. 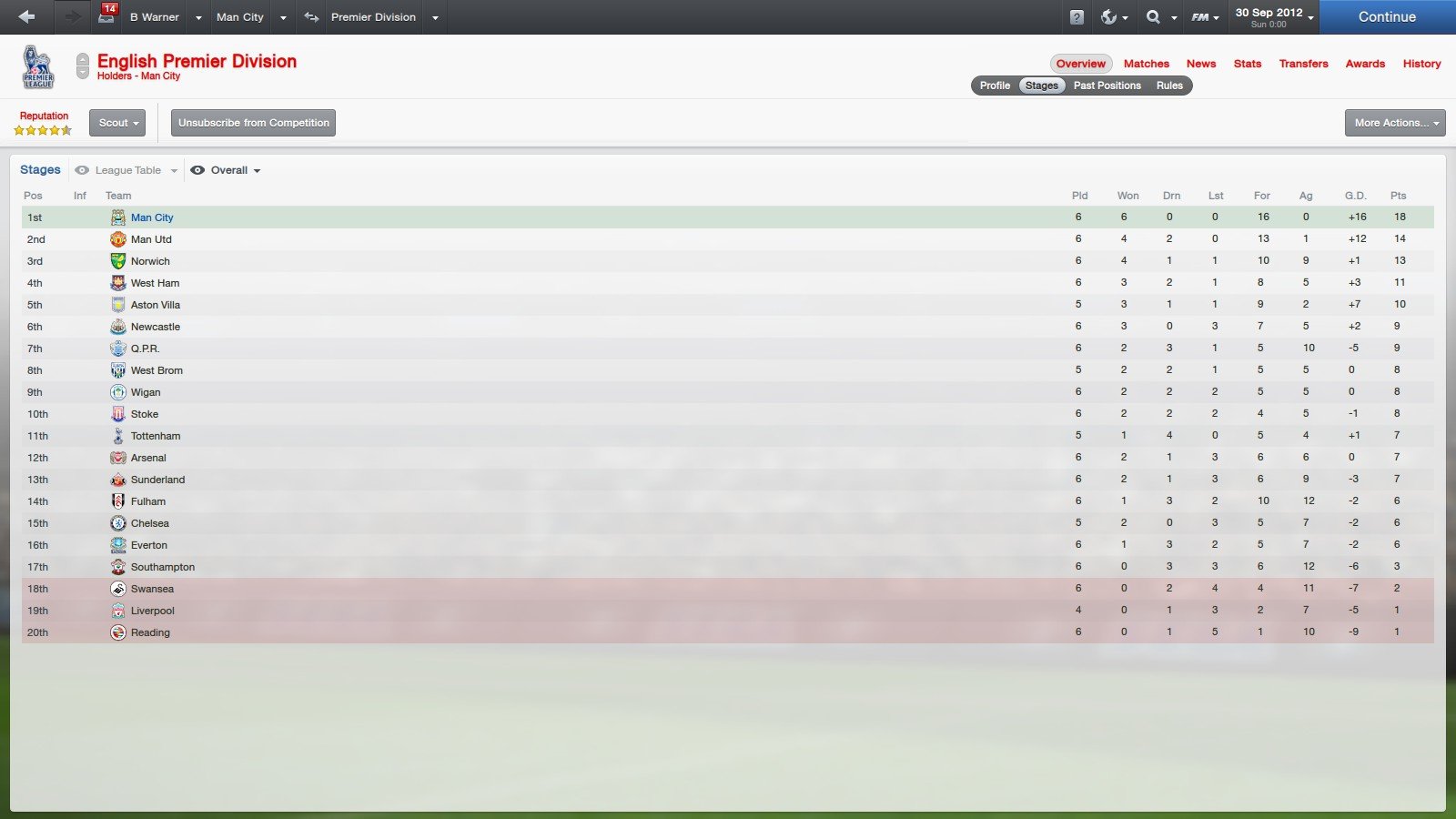 Moppy666
10 years
Great month. Doing well to be sitting atop the table. I'm backing you to stay there all season long.
Login to Quote

The FM Rookie
10 years
6 from 6! Great start, keep it up blue!
Login to Quote

Justice
9 years
Who would have thought that this would not be the story that Blue would write?