Jer
8 years
How many titles have you won

Neal
8 years
Just read the whole thing over the last two days.
Absolutely incredible! 13 trophies! Good luck in the CL this year, as luck is something you clearly don't need in the league or cup

I almost consider the domestic competitions as show-piece events now with my main focus being on the Champions League and qualification from the Group Stage.

The Beginning of the End


I am very sorry to say this guys but I am retiring from FM Scout as a staff member and I will also not be doing any regular story updates. I will still continue on with this save and I will look to update every two years. (in-game time, of course)

I hope you can all understand my decision and I want you all to remember just one thing, FM Scout will ALWAYS be my home!

I wish you all the best for what ever is to come next and let's all give one last chant for BANZAI!

Blue
8 years
We will always miss you Nick! Never leave permanently! A great story, a great staff member, and a great person!

Jamesg237
8 years
This is very sad news for FMScout. A true legend, up there with the likes of Or. Dabool. Do visit us when you can and do keep us updated on your progress with KuPS. Good luck for the future my fellow Red.
1
Login to Quote

JasonRM
8 years
Rookie, you and this story are pure greatness. The story is one of the best I've ever read, and that includes published book as well.

Please keep us updated on your quest for glory and your continued success. Good Luck in the future, both in the game and in real life.

Donatt
8 years
Why are you leaving ?? 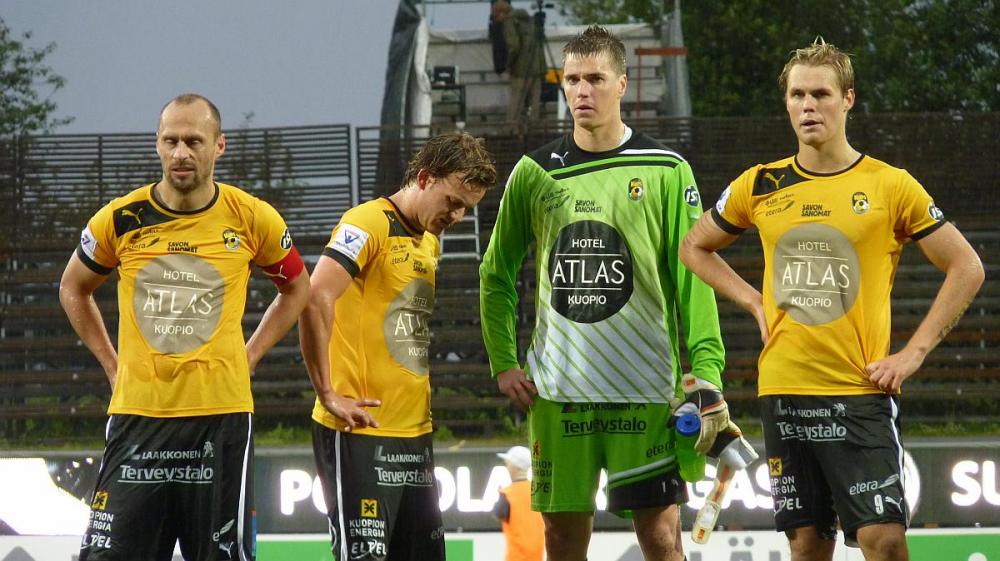 Nick Johnson is a former international footballer, and many people would think he would be mismatched for the KuPS manager's job. However he's never been tempted to trade in his team and move to a bigger club, and has stayed loyal to the Finnish team KuPS.

Since his appointment in 2013, KuPS have won every domestic trophy they've competed in, which is five Finnish League Cups, four Veikkausliiga titles, and four Finnish Cups. This means four domestic trebles, and another trophy win already in the 2017 season. Since 2014 Nick Johnson has managed to take his team to the UEFA Champions League group stages every season, and the season before that he took his team to a win over German side Werder Bremen in the preliminary stages of the Europa League, and got them to the group stages of that competition as well. These are massive achievements for someone who had so little previous managerial experience.

One of the most interesting parts of Johnson's reign was the revelation of his 4-6-0 Banzai tactic which was implemented in the 2014 season. KuPS are now unbeaten domestically for three years since Johnson invented his tactic and started using it. Specifically KuPS are 155 games unbeaten. It may be uncommon and unusual, but it is one of the most successful tactics to be used in Finland.

Not only has Johnson worked wonders with KuPS, he has improved the reputation of Finnish football in general, and this is proved with the level of player he is able to attract to the Savon Sanomat Areena. Since he signed for the Kuopio club in 2013, great players such as Vincent Dubois, Matthieu Vigouroux and Muhammed Demrici, amongst many others. Without Johnson at the helm, many of the players he's signed wouldn't even think about joining the Finnish champions.

In four years Johnson has worked his way to be the best manager in Finland and one of the most well-respected world-wide. He's improved his team, the league he manages in, and, most importantly, he's proved himself to his critics who thought he wasn't up to the task or taking KuPS to the top of Finnish football. Now he's done that, his next task is taking them to being Champions League winners, and even further. Not many managers would be up to this task, but most people involved in football will be on his side.

The FM Rookie
8 years
Thank you to everybody for supporting me!

I have to give special thanks to Blue for being as amazing as he has been recently.

Jer
8 years
It is a grim day here at FMScout.com. Yet, another great and legendary mod leaves us. His name was Nick Johnson or what you recognize him as "The FM Rookie". When I was made a member myself, he recieved me witha warm welcome and open hands. This story is up there. Next to Or's and other great stories. It will be hard to find someone like you (no homo). Thank you Nick for doing everything here at FMScout. Like James said, losing a member at FMScout hurts, but losing a close FMScout friend and idol is the worst. We will miss you and I will miss you the most. Your story will be missed as well. I beg and implore to you, come back and visit us when you can. As a Liverpool fan, YNWA!!TRUE LEGENDS NEVER DIE AND SMILE LIKE YOU MEAN IT!
Login to Quote

Neal
8 years
Wow, I'm pretty gutted Rookie. Best of luck for whatever you do, we'll miss you here. Come back when you can