Legends though, they will be missed.
Keep it up!
Login to Quote

TheChosenOne
9 years
AND THE REDS GO MARCHING ON!...
1
Login to Quote 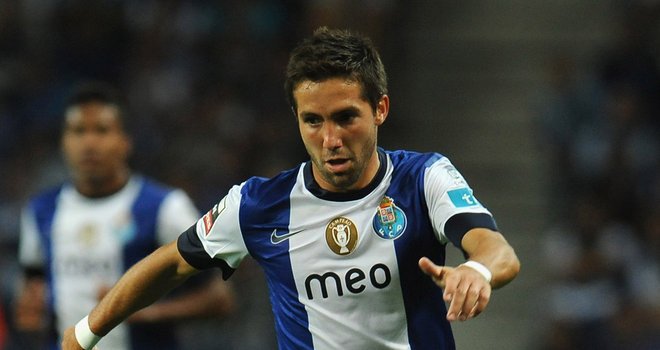 Manchester United have completed their first signing under Lothar Matthaus, completing the transfer of Joao Moutinho from Portuguese giants Porto for £35m. The 27-year-old will be on £105,000 p/w until the end of the 2016-17 season.

When Matthaus was asked about his new signing in a press conference, he replied "everyone knows how good Moutinho really is. Besides his manager, I should know, I've just spent a year and a half in Portugal competing with Porto for the league title! I looked at the United squad when I came in, and identified central midfield as one of the areas we needed to improve. I know people who will think we've overpaid for Joao, but they're wrong. We've got a fantastic player for a fantastic team. He's a great all-round midfielder, and I hope he'll be in the team for several years. We are also looking at potential players for other positions too, and you'll have news as it happens."

Moutinho will not join the Red Devils until 1st January 2014, when the January transfer window opens.

United are rumoured to be in talks to sign Dynamo Kyiv's Andre Yarmolenko, and Mexican side Chivas' Carlos Fierro. They have also had a bid rejected for Bayer Leverkusen's Andreas Cornelius.
Login to Quote

JasonRM
9 years
Great signing Blue, Moutinho is pure class. Fierro and Yarmolenko are also quality and I hoep you can bring one of them to United. Good Luck

The FM Rookie
9 years
Moutinho will be a superstar

I hope he will shine!
Login to Quote

Jamesg237
9 years
That is a lot of money on Moutinho, any chances of seeing his attributes? I am sure however, he will live up to the high valuation and put in a lot of solid performances for you.

Your aim to win the Premier League this season? Or just everything with United?
Login to Quote

Your aim to win the Premier League this season? Or just everything with United?


I'll show you them tomorrow, laptop has no power atm and my charger is broked. Minimum expectation is Europa League qualification.
Login to Quote

Blue
9 years
Sorry about the lack of updates in the last couple of days guys. My charger from my laptop broke so I've not been able to get on FM. It's nothing to worry about, but you can expect the updates to restart later today or tomorrow.
Login to Quote


Since then, Scholes has done it too!
Login to Quote

Chris
9 years
Moutinho is a good signing, but did you overpay for him? I got him for £16M + £65K p/w, anyway this story has been amazing. Keep it going Blue

I tried getting him for £25m and £30m but Porto wouldn't budge, and I am really struggling for quality in the middle of midfield, so I stumped up the 35m. Most is over installments as well.

Tellak
9 years
GOOOOO MOUTINHO!!! The next Xavi. Keep it up mate.
1
Login to Quote