especially taking over wen the league had already started :), good luck in the Europa League Finish, also its good to see juventus do get beat, seam unbeatable in my save lol
Login to Quote

especially taking over wen the league had already started :), good luck in the Europa League Finish, also its good to see juventus do get beat, seam unbeatable in my save lol

also, thanks for being the person to make me reach 50 pages too

Jer
9 years
Great finish mate. I'm celebrating because Juve won the title. Though, I am sure that you will finish top next year. I would wish you luck against Lille, but you do not need it. It will be a sort of revenge to celebrate the EL win at the Juventus Stadium. Great update once again Blue!
Login to Quote

2013-03-28 20:07#87741 PaukerJ : Great finish mate. I'm celebrating because Juve won the title. Though, I am sure that you will finish top next year. I would wish you luck against Lille, but you do not need it. It will be a sort of revenge to celebrate the EL win at the Juventus Stadium. Great update once again Blue!

anyway, Lille are bloody tough, I will need it. Or will I?

AC Milan are signalling their intent to dominate world football in a few years, having announced yet more young signings from overseas. These two players hail from the South American country of Colombia, and the Asian country of Iran. Neither of these players is very well-known in Italy, so it will be interesting to see how they cope at the San Siro.

The cheaper signing is Manuel Mejia, from Pasto in the Colombian top division. The 20-year-old joined the club last year, which is old for a player signing a professional contract. He has made 2 appearances for his club this season so far, however the central midfielder is yet to score. He has, however, managed to attract the attention of Silvio Broli, one of Milan’s scouts. Milan have signed him up on a deal until 2018, worth just £475 per week. Matthaus and his staff expect him to shine at the San Siro, given time.

The second signing made by AC Milan is one that has completely shocked the football world. Gholam Reza Talebi, from Saipa in Iran is the least well-known of any of the ten signings Matthaus has made for Milan so far, yet is the most accomplished of them all. Talebi, who is a defensive midfielder, has already played twice for Iran’s senior national team, which is a great achievement for someone who is only 19, and has only made 18 league appearances in his career. He made his international debut against Germany in November 2013, meaning he is obviously valued by Iran boss Carlos Queiroz. Milan fans, now they know who he is, are excited about the prospect of seeing how he develops at the San Siro.

The amount paid for each player is undisclosed, but is rumoured to be around £875k for Mejia, and £1.3m for Gholam Reza Talebi. This takes the list of players purchased by Matthaus in his career at Milan to 10, and in his total career to 28 players at Sporting Lisbon, Manchester United, and AC Milan.
Login to Quote

Justice
9 years
How many players can one manager sign?

I hope they shine

Jer
9 years
Those regens will be great, perhaps Gholam will have first team action?
Login to Quote


Yeah, next season he will. I want to retrain him so MC is his natural position too.
Login to Quote 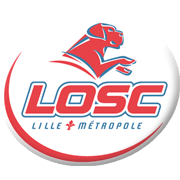 This is Juventus' ground, but for once we're not here to watch them. We're here to watch the final of the Europa League, between LOSC Lille, and AC Milan. Lille boss Rudi Garde has been saying all week in the press that he fully expects his players to come away with the win here, but AC Milan boss Lothar Matthaus already has experience of winning these finals, seeing as he won the Europa League with old club Sporting Lisbon last season, against Borussia Dortmund in Amsterdam.

Under Matthaus, Milan have gone on a great run, winning all but two of their games to him. They never really had a chance of winning Serie A this year, what with Juventus being so far ahead when Matthaus joined, but they did really well to get up to second in the last three months of the season. Whether Matthaus and his players can carry on this fantastic run into the final game of Milan's season remains to be seen.

The lineups for both teams:

1 min: Lille get us underway in this cup final. What awaits us at the end of the match?

HT: AC Milan are leading the Europa League final at half time, and they've done well to limit Lille's chances to shoot. What will we see change in the second half?

77 min: Mavuba has it just inside Lille's half. He's tried to play a long ball over the top for Alan, who gets on to it 30 yards from goal. Mexes is doing a good job of forcing Alan out wide, and now he's in a position to put a cross in. He has support, and puts a low cross in for ROUX!!! Lille equalise finally, thanks to the substitute Nolan Roux! Milan will be kicking themselves for letting that slip in, but the Lille fans don't care! 1-1 here now. Will we see a winner in normal time?

FT: It's finished 1-1 here at the Juventus Stadium in Turin after normal time. We will now play 30 minutes of extra time to decide a winner, although the excitement and drama of a penalty shootout is still a possibility.

HT ET: Nothing really of note in the first period of extra time. Lille had a few good passing moves, but they never really developed. Will we see a winner in the next 15 minutes of extra time?

117 min: Fabbrini has it out on the left tounchline. He plays a 45 yard pass over the defence to Pazzini, who just manages to keep it in, but he's in the box. Support is arriving, and he plays the ball to De Jong, who's tackled by Claudemir, but it finds it's way to Fabbrini on the side. He plays it across low for BOATENG.... the shot's blocked, but it gets to NOCERINOOOOOOOOOOOOOOO!!!! MILAN RETAKE THE LEAD, WITH JUST THREE MINUTES LEFT! That's surely the winner?! Antonio Nocerino may have won Matthaus his first trophy at Milan! Lille 1, AC Milan 2!

FT ET: The referee blows his whistle, and AC Milan have won the Europa League! Matthaus has won the trophy he won last year! It's finished 2-1 to Milan after extra time, and a great performance by the Rossoneri.

Obviously winning a trophy is great for any club, but to win this one, which means a lot to me, is special. I won it last year at Sporting, and now I've won it this year at Milan. They were both great performances, but it's a shame I'll be unable to win it next year, what with us already being in the Champions League. I hope I can have lots more success like this here at Milan for years to come.
Login to Quote

BeanyUnited
9 years
Loved the commentary mate! And well done on the Europa League win a nice trophy to win

Jozef
9 years
Well done great win. I like the commentary too. Nocerinoooooooo