crisrko
8 years
Pre-season, you are over. Welcome the new generation
Oh my god. What a pre-season this was. Alot of transfers, both in and out. Tranfers in ranked up a bill of around 9 mil, and the ones out around 3.5 mil or something. We saw quite a few players leave, including Fatai, who has departed to Blackpool for an ammount of 3.2 milions. Not a bad deal that is, considering we bought him for FAR cheaper. 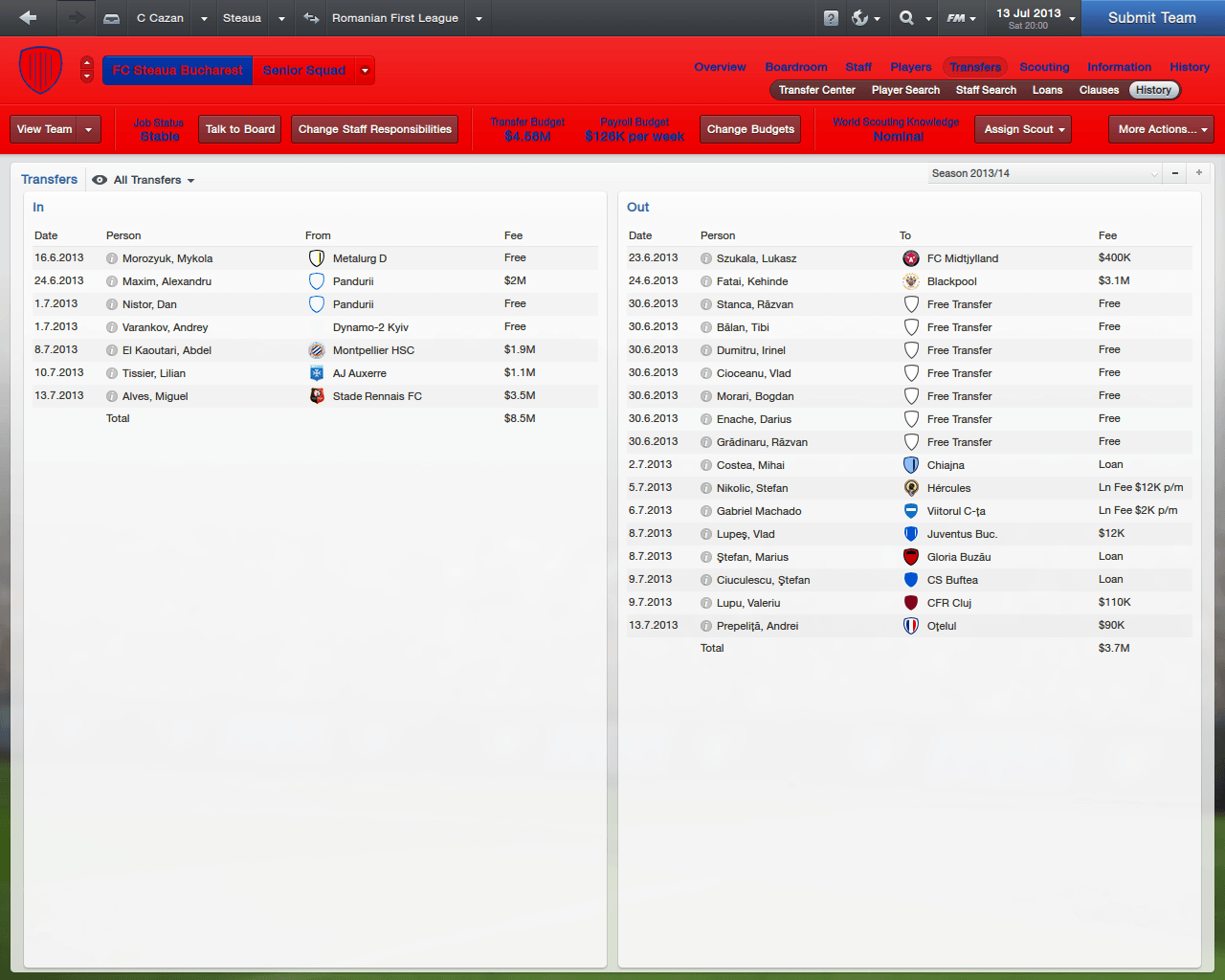 To give you a better insight on who came, check the screenshots. 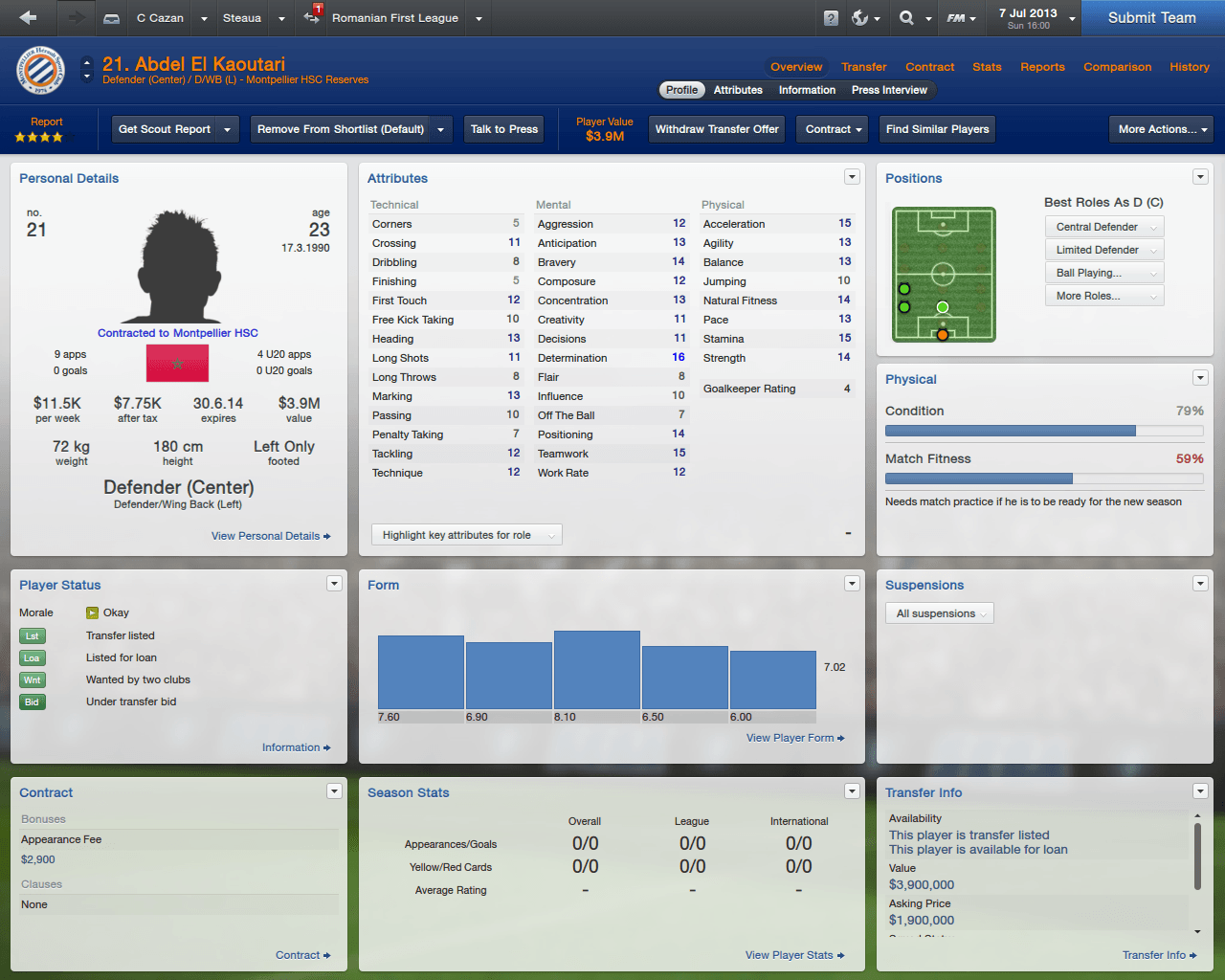 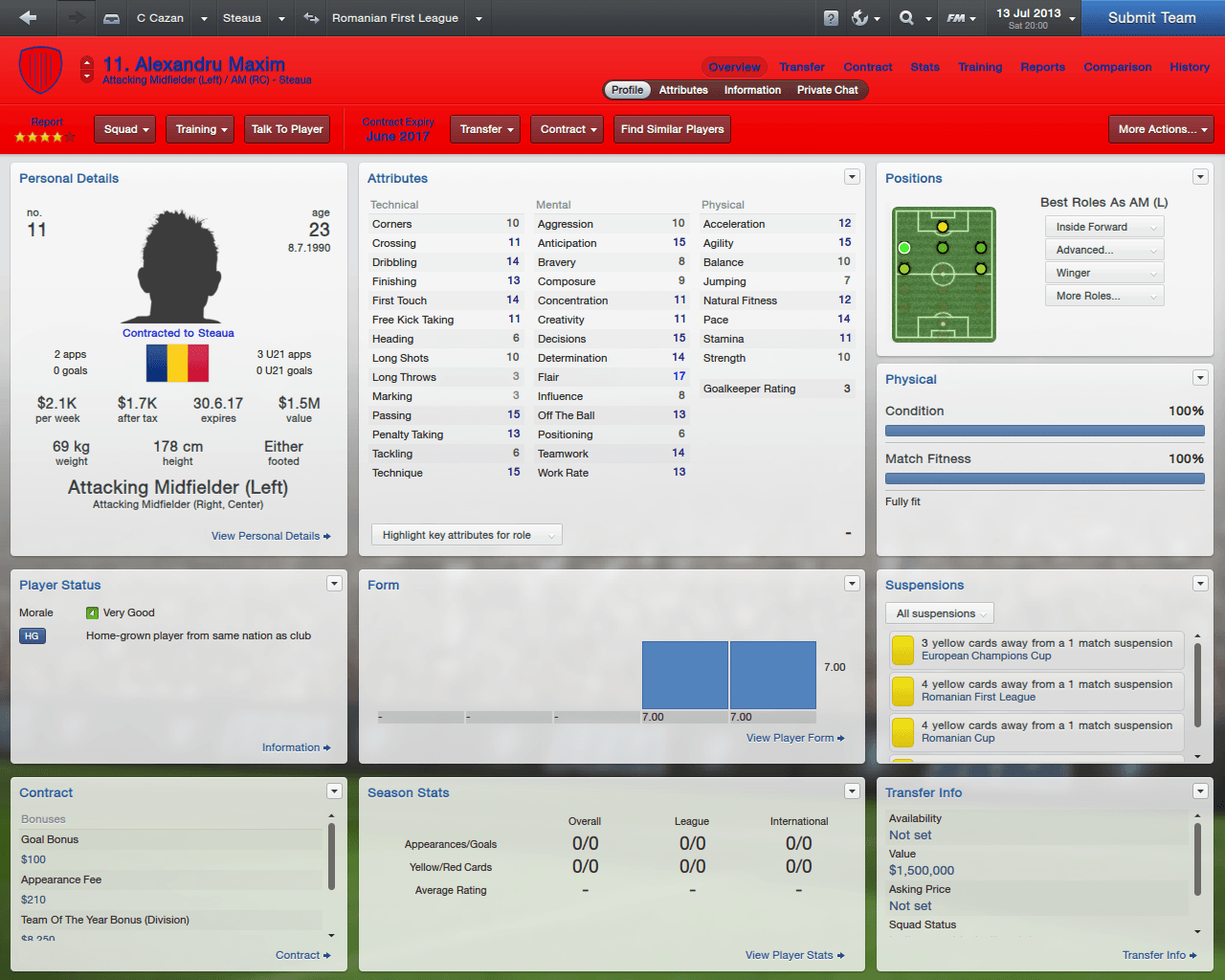 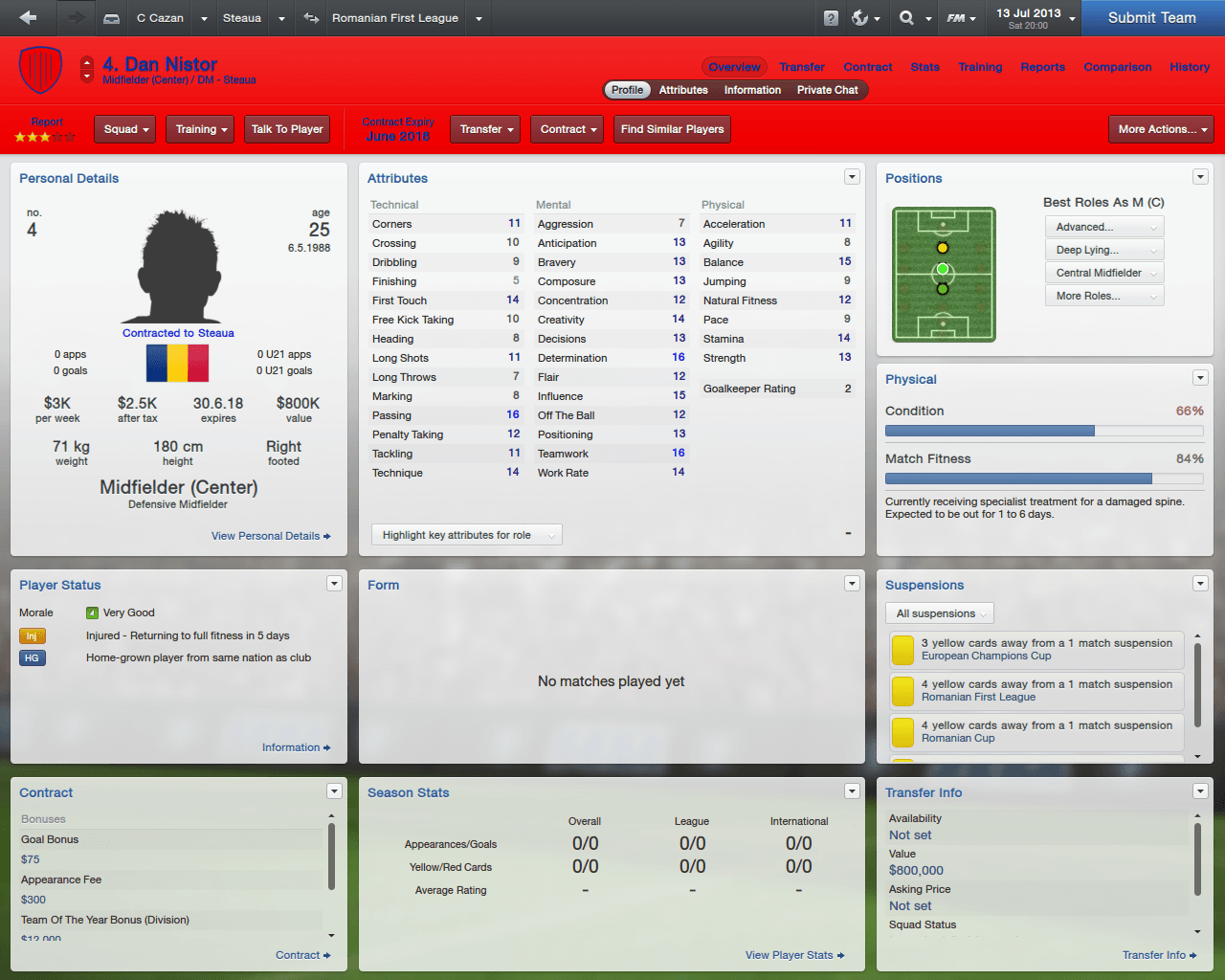 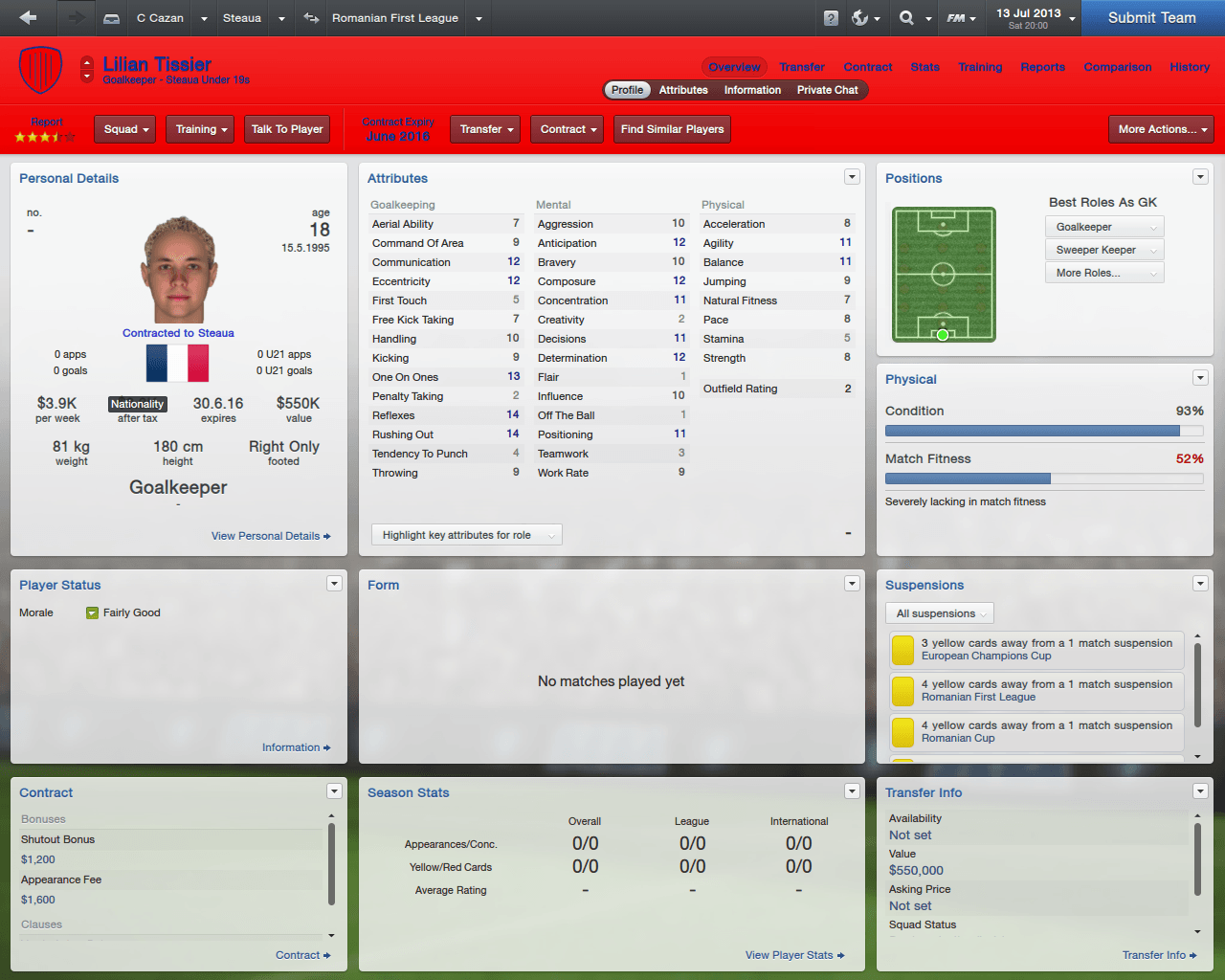 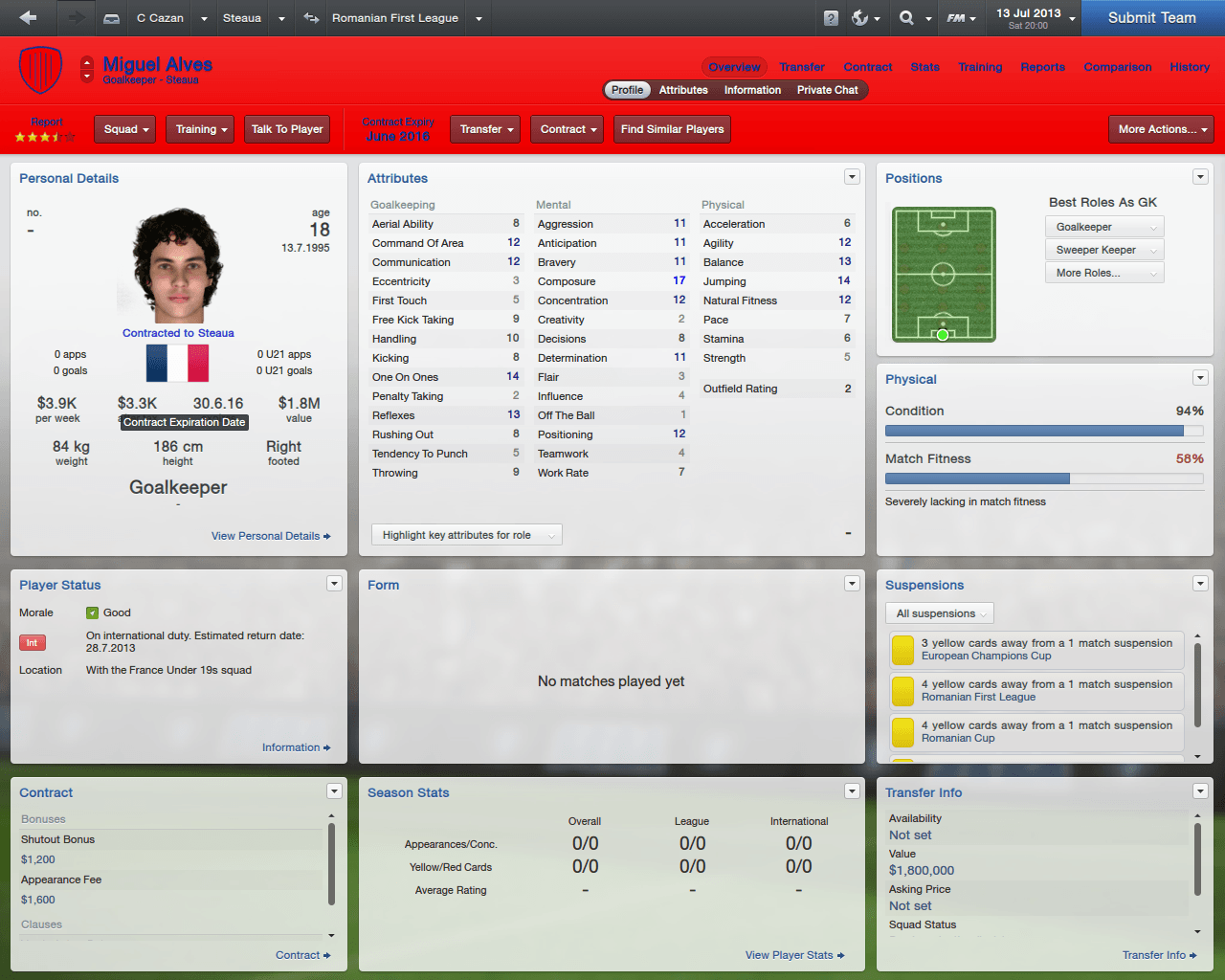 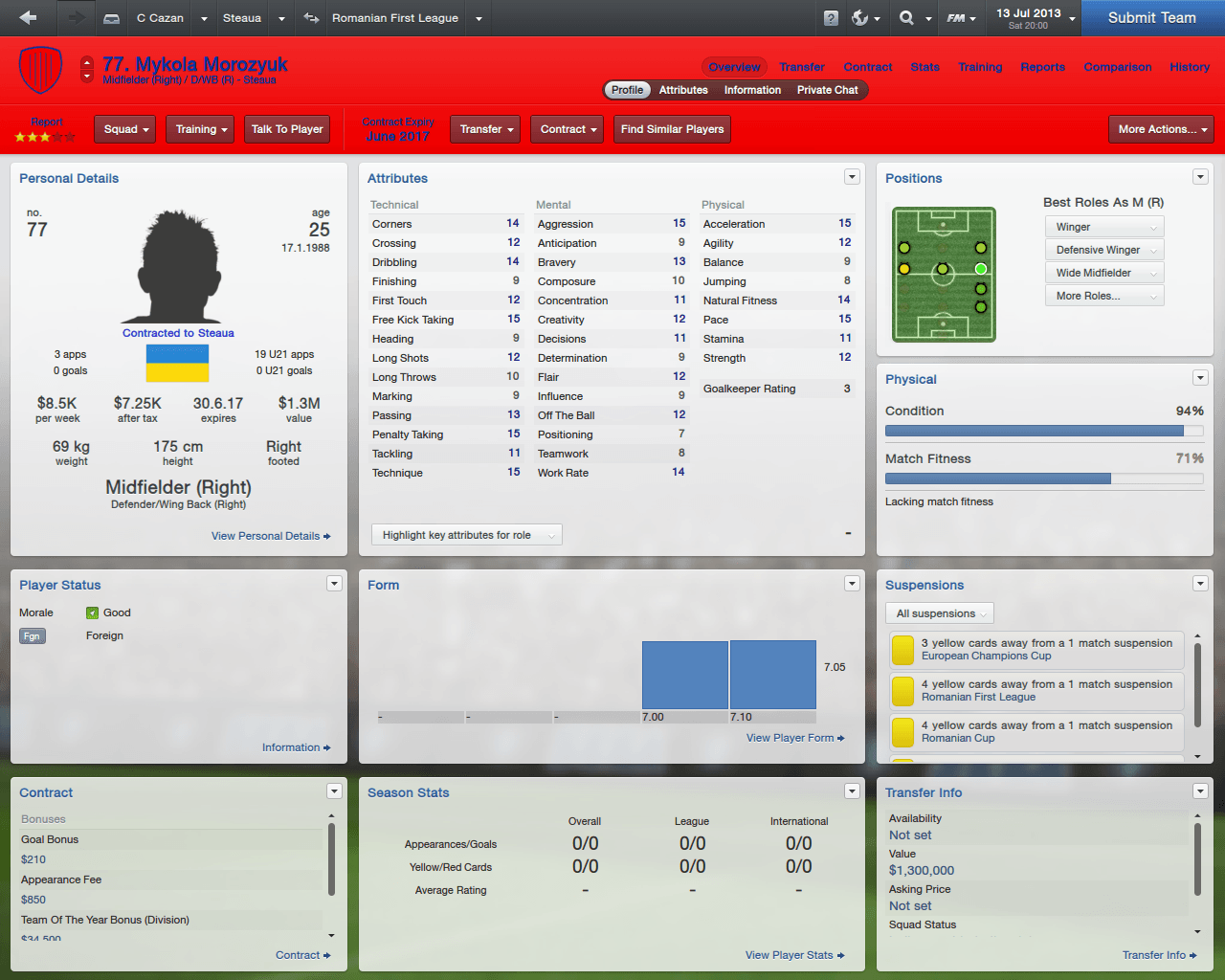 Great signings I made, and I hope they will make an impact over time. From the two games I had in pre-season, against Anderlecht and some random swiss club, the team blends in together and if we stay injury free, we play well, we have a good chance of getting atleast in the champions league knockouts. I have released around 19 players and staff, kicking out deadwood, and I'm curently employing alot of coaches and scouts. The more the better, no?

We are going to play the ROMANIAN SUPERCUP, against CFR Cluj, the club we are great rivals, and are always in contendency when it comes down to the league. I hope we'll pull a great win together.

In the Champions League department, it seems that we will face some random clubs I -personally- never heard of. We will do our best although.
Login to Quote

The FM Rookie
8 years
That is quite an overhaul

How will this affect the team chemistry?
Login to Quote

crisrko
8 years
The impact will be positive. I already played two matches and they blend in well together. Most of the players that I sent away were players that I didn't ever use. As you see, Tissier and Alves will be in the u19 team, and I might give them a few chances over the season's course. Dan Nistor is here for rotation, since you have seen I use the 4-2-3-1 deep or asymetric, while Morozyuk is here because I needed a DR. I got El Kaoutari since I required another DC, after Szukala's transfer. Maxim is here to rotate with Tanase, who has noone to play on his spot, since I sold Parvulescu for 2.5 mil ( far more than I would even think of ). Thats about it. I doubt it'll be such a biggie with chemistry, since most of them are replacements. Varankov knows Morozyuk, they are "favourite personnel". Maxim and Nistor rae from the same club Pintilii and Martinovic came from. Tissier and Alves know eachother from the internationals, and El Kaoutari is a lonely bean. Thats it!
Login to Quote

MCFCDAP
8 years
Great story, really enjoyed reading a story from a league i know little about!

Good luck in the 2nd season, hope you can win it again

good luck with the season

crisrko
8 years
And we keep going
And the season is finally underway. The team blends in well, performs as expected, and most of the new players have already adapted to our game style. Varankov and Rusescu have been incisive infront of goal, while Morozyuk kept the defence assured.

In the champions league, we have faced Skendjberg and have safely won the duel. Afterwards, we proceeded to dominate Maccabi Haifa, winning both of the games. 2-1 and 4-2. Great performances, and I really like the support Morozyuk offers to the band. Varankov and Rusescu provided finishing, while Chipciu, Adi Popa and Tanase did the assists, several goals and alot of key passes. Below, Morozyuk's profile. You can see what's his average performance mark. 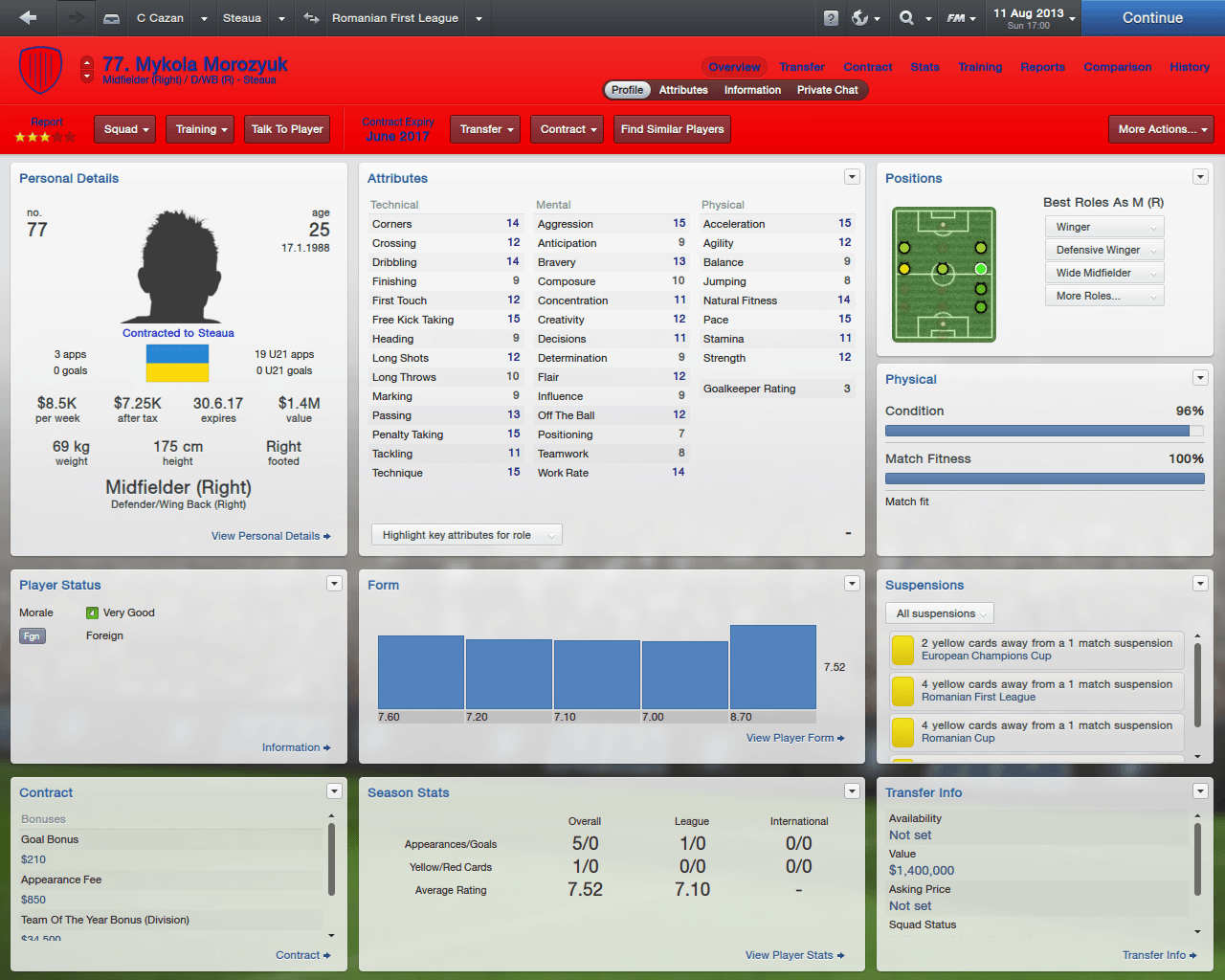 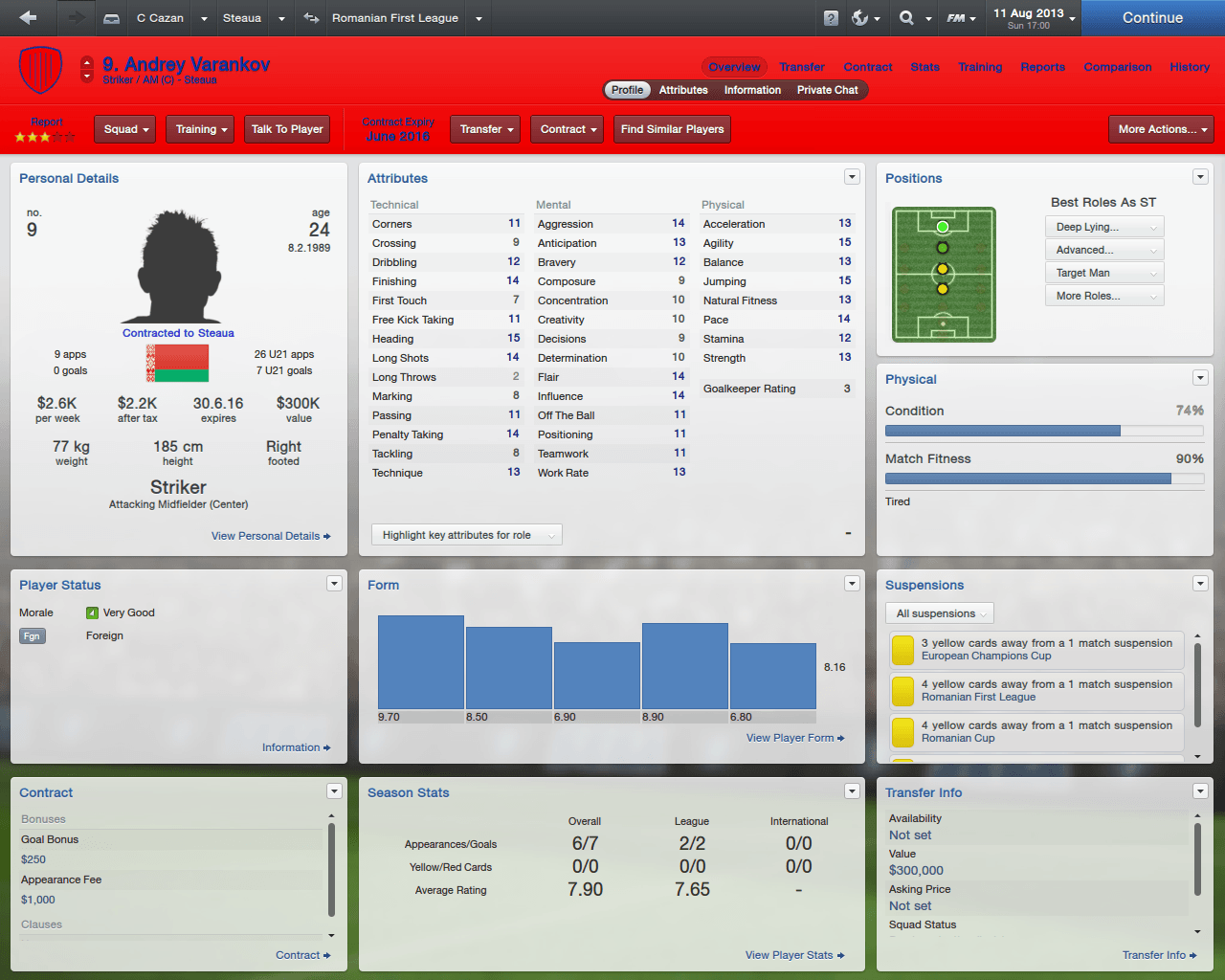