Liverpool have officially announced their new boss - former striker Michael Owen. The move has come as a shock to many, as Rafa Benitez was the bookies' favourite to return to Anfield.

Owen started his career at Liverpool, and made his first team debut in the 1996-97 season.

His talent did not go unnoticed. Steve Heighway stated that: "[Owen] is ready for whatever you throw at him; nothing fazes Michael Owen. He's ready. If the manager wants a recommendation from me, Michael gets it." Karl-Heinz Riedle, who prior to joining Liverpool in the summer of 1997 had never heard of Owen, declared: "It's unbelievable when you see him play to realise that he's only 17," he said. "He's such a good player, so very quick and for his age he has excellent vision and awareness. He's a great player already and in one or two years he will become a very great player." Owen was rated as "the best attacker of his age in the country" in January 1997. Ted Powell, championship winning coach of the England u-18 side, declared Owen to be the best of a generation of young players that included Paul Scholes, David Beckham, and Robbie Fowler.

The FM Rookie
6 years
Very good start to your story

I can't wait for the rest!

Arvind
6 years • Edited
The first day of training - it was here. I'd rebuilt the coaching team, and promoted the reserve manager Rodolfo Borrell to assistant manager. He's a great coach, he can pick a talent, and he's been at the club for a while so he knows what has been going on these past few years.

I left the players with the fitness coaches to get a full workout while I was sorting out my desk in the office.

A while later I stepped back out into the training field, where the players were taking a breather after Paul and Elio put them through their paces.

"Alright lads, since its the first day of training, we'll be doing a bit of a brush up - a basic skills test."

We started off with passing. The coaches placed training cones at varying lengths and the boys had to try to hit the cones with the ball. Everyone was given 10 cones, and 1 try to hit each cone.

Not much of a surprise there. We have a very good passing team, with our defenders able to pass well, and Luis upfront able to bring everyone into play with his passes as well.

Then, we moved on to finishing. The players played solo against a defender from the reserves, and had 10 different scenarios(different positions) where they had to put it past the goalkeeper.

This is a bit of a worry. Last season we dropped so many points - especially at home - because we couldn't put it in the back of the net even though we created chances.

Next up was defending/tackling. Each defender in the senior squad was paired up with a forward from the reserves and they had to win the ball back without fouling before the forward scored.

Jamie was absolutely superb. He knew exactly when to dive into a tackle and when to stand off. Martin and Daniel were not far off. If we work on our marking a bit, we'd have a great defensive unit this season.

Crossing was next on the list. The players had to beat their man and put in a pinpoint cross for the striker in the box.

We have a bit of a problem in this area with our wingers not crossing well enough. We might need to do some buying/replacing in this area.


Penalties. The lads seemed excited. Who would score the most?

Last on the skills test was free kicks. The boys had to shoot it past a wall of players and put it into the net. We gave the goalies a break, so all they needed to do was get it on target.

This skills test gave me an idea of how good our players are, and along with our training ground matches and friendlies, it will help me decide who to keep and who to sell.
Login to Quote

Did you read Akash's first Manchester United story by any chance?

Did you read Akash's first Manchester United story by any chance?

I was actually trying to do something similar to the "skills test" they do on some of those cooking shows at the beginning.


Liverpool have confirmed that QPR have snapped up midfielders Jordan Henderson and Stewart Downing for a combined £8m fee.

Fellow Kop-Flop Joe Cole has also been offloaded to Sunderland for £1m.
Login to Quote


Michael Owen has completed the first three signings of his managerial career.

Defender Giuseppe Bellusci joins from Catania for a fee of £3.5m.

"Giuseppe is a good player and he'll give us more depth at center back and right back. If he performs at his best consistently, there is no reason he can't push for a first-team spot."


Fluminense wonderkid Wellington Nem arrives at Anfield for the same fee as Bellusci.

"Nem is an exciting young winger. He's only 20 year old and has 2 caps for his country, which shows what a great talent he is. And Nem has those 2 caps for Brazil, a country with an abundance of attacking talent. I'm sure he'll prove to be a bargain signing." "We're really happy to have Luca on board. He's a complete central midfielder who can pass the ball and create chances as well as tackle. He's got great potential and I'm looking forward to seeing him progress in a Liverpool shirt."

JasonRM
6 years
Some great signings here. Nem is always quality and Lucas Marrone looks to be pretty good too. I think that the defense this year will be really quality and I thnk you might just make top-4. 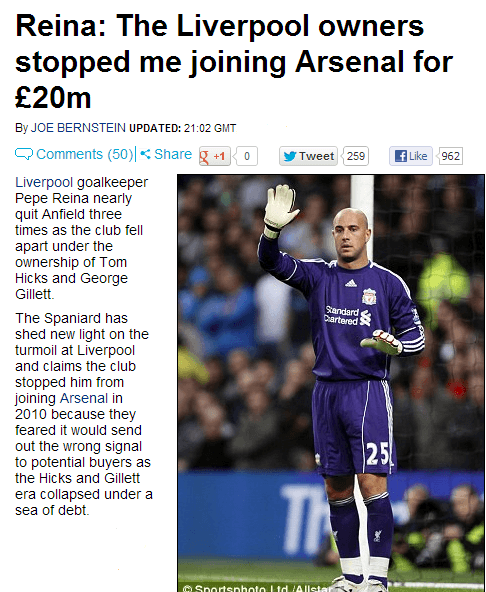 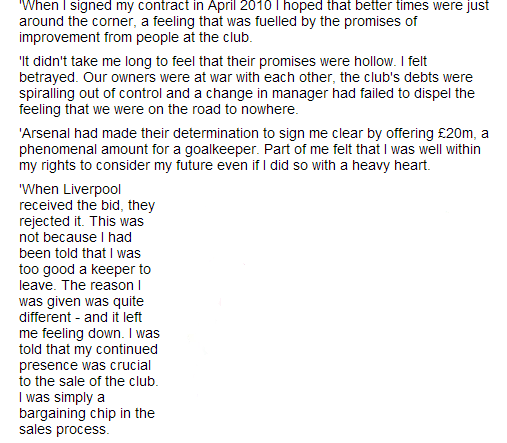 Arvind
6 years
Rodolfo burst into the room once again.

"Geez Rodolfo..could you try entering once without almost breaking down the door?"

"Fat chance. We're not gonna accept it unless they match their £20m bid from a few years ago, and everybody knows that Pepe has declined since..."

"Yeah, that was kinda my reaction too. Who'd pay so much for a goalkeeper? Even Iker Casillas would struggle to get a near £30m bid."

"Oh the irony. Wenger shelling out £29m for a GOALKEEPER. Tell them yes. We can find a younger keeper who doesn't make so many stupid mistakes."

"Alright, I'll get on the phone."
Login to Quote