Good luck Blue, glad you can carry on this story, and I hope your combination of Long Cox can bring you lots of success!

Thanks Devil, but how can you think of that too?

Liverbird:I'm "Keane" on reading more of this story.

If you'll pardon the pun 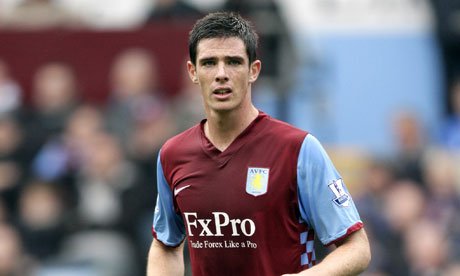 Aston Villa’s Ciaran Clark has been announced as the new captain of the Irish national team, replacing the retired Robbie Keane. Keane, who is now the Ireland manager has decided to appoint his former team-mate as captain.

Clark, who has only made 2 appearances for Ireland’s first team is a shock appointment by Keane, with many expecting an older face like Richard Dunne to be given the armband. However, fans are confident that Clark can succeed in the role, and lead Ireland onto glory. The Aston Villa defender, who has played 35 senior games for the Birmingham club, is said to be delighted to have been given the chance to captain his country at such a young age. His Villa teammate Dunne is also happy for his fellow defender, having watched Clark come through at Villa Park.

The first opportunity to see Clark in action will be against Estonia in August, ahead of the World Cup Qualifiers, in which Ireland will face sides such as Sweden and Germany.
Login to Quote

JasonRM
9 years
Good choice at Captincy, Clark is a class defender and should be a great leader at Ireland for years to come! Keep up the good work!

The Republic of Ireland have announced their squad for their first squad under Robbie Keane ahead of their friendly against Estonia in a week's time. There are some shock inclusions and exclusions in the squad, although Keane is confident he has picked the right squad for the job.

Pundits are expecting Ireland to easily get past Estonia with a squad this strong. The biggest shock is the inclusion of Aaron McCarey ahead of Shay Given. McCarey is yet to play a senior game for Wolves, and only played one for his previous club Monaghan United, who he left back in 2009. McCarey is only 20, and expected to have a bright future for Ireland.
Login to Quote 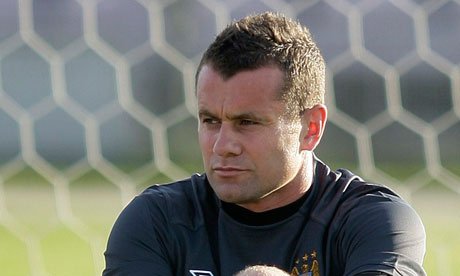 Ireland’s record appearance holder, Shay Given, has announced his retirement from international football. There have been rumours that Given would retire internationally following Ireland’s poor performances in the European Championships earlier this year, and now he has confirmed these rumours.

This blow for Irish fans comes just days before new manager Robbie Keane’s managerial debut against Estonia at the Aviva Stadium. Given holds 3 more caps than Keane, with 125, but was left out of the squad for the friendly against Estonia. Apparently the motive for his retirement was to pave the way for younger Irish talent to break through into the senior squad. Indeed, 20-year-old Aaron McCarey has already been included in the Irish squad, so whether Keane had some insight into this or not remains to be seen. Keiren Westwood and Paddy Kenny are now the two main contenders for the first-choice spot for Ireland, and fans are eagerly awaiting to see who comes out wearing the Number 1 jersey against Estonia.

Shay Given announced his retirement on Twitter, saying “it’s been a great 16 years, but my Ireland time is over. Good luck whoever is next!”

Robbie Keane is said to be disappointed about losing Given as a player, but would take him back if he wanted to return from his retirement.
Login to Quote

Neal
9 years
Given's a wonderful player, hope you can find a good replacement. Nice start to the story, keep it up

BeanyUnited
9 years
Haha loving the Robbie Keane elemant mate! Robbie was always a favouite of mine in a way cus of the way he played! Good luck mate 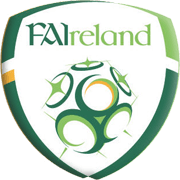 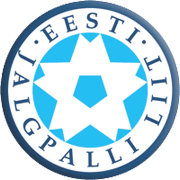 We're here at Ireland's Aviva Stadium, where all eyes are on Robbie Keane, and how he will perform in his first match in the Ireland manager's seat. He's been on this stage many times as a player, and is now looking to recreate his success just weeks after retiring from professional football.

Ireland are facing Estonia for the first time since their Euro 2012 play-off last year, in which the Irish triumphed 5-1 over the two legs, before they crashed out in Poland and Ukraine. Keane played in those games, and will want to win again to complete his record over the Estonians. There isn't quite as much significance placed on this match, but fans will still be eager to see how he does in the job.

1 min: Ireland get us underway in Robbie Keane's first match as a manager. We'll just have to wait and see how he does.

7 min: Ojaama wins the race to the ball ahead of Ward. He takes it down, and finds himself just inside the box... OJAAMA!!! Estonia take the lead, and it's a shock start for Robbie Keane and his players! Ireland 0 Estonia 1!

37 min: James McClean has this corner on the ledt side. He whips it in towards Clark... HE SCORES!!! Ciaran Clark scores the equalizer for Ireland, and it's in his first match as captain too! Not a bad way to reassure the fans! Ireland 1 Estonia 1 now.

HT: An entertaining first half here in Dublin, where Estonia took the lead before Ireland drew level a few minutes before the break. Can we hope for more in the second half?

74 min: Darron Gibson has this corner out on the left for Ireland. He takes it towards the front post to Clark, who flicks it on for MCCLEAN!!! Ireland take the lead, and it's James McClean with his first goal for Ireland! Ireland 2 Estonia 1.

FT: That's it! It's all over, and Ireland have won their first match under Robbie Keane! He will be pleased with his team's performance having gone behind early on, but would have wanted to win by more.

Obviously to get a win in my first game is great. We went behind early, which wasn't the best, although that was the only shot on target, and we improved massively. You have to credit the Estonians. They fought, but in the end, the better team on the day won. I'm delighted we won it, and glad for players like Meyler to win their first cap. I want us to push on from this and try to qualify for the World Cup, starting with Austria next month.
Login to Quote

The FM Rookie
9 years
Why don't understand is why neither of the two KuPS wingers Puri and Purje started? At least we have somebody good in charge now

also, they didn't start cos KuPS are shit

You are reading "Robbie Keane - Back In Green".