In what was one of the most thrilling games in UEFA Champions League history, Internazionale and Bayern Munich battled to a 4-4 draw at the Allianz Arena that ultimately sent the Italian champions through to the semifinals by an aggregate score of 7-5.

The Nerazzurri had triumphed 3-1 in Milan and took a solid lead back to Bavaria but knew they had to be on their toes to ensure Bayern could not spring a comeback and move on in the competition at their expense. Many expected Bayern to come out and attack all-out, but it was the Italians that took first blood.

Just 6 minutes into the match, Andrea Poli’s delightful corner kick found the head of Giuseppe Bellusci at the near post who made it 4-1 on aggregate to Inter. Bayern were having none of it, however, and came close twice in the next 10 minutes with Vid Belec brilliantly denying Mario Gomez and Per Mertesacker rattling the crossbar with a header.

In the 22nd minute, Bayern started to claw themselves back into the match as Gomez ran onto Franck Ribery’s through ball and this time slotted home past the onrushing Belec. The German fans weren’t on their feet long, however, before Lorenzo Insigne’s free kick was barely tipped over by Neuer just a minute later.

On the stroke of half time, Inter struck again. Mattia Destro robbed Badstuber at the back, and while his first effort was well saved by Manuel Neuer, Moussa Sissoko was on the spot to tap home the rebound and make the aggregate 5-2 to Inter and forcing Bayern to score 4 times to advance.

Inter picked up right where they left off after the break as Andrea Ranocchia towered over Javi Martinez off of another Poli corner to hammer home his header and make it 3-1 on the night and 6-2 on aggregate. Giuseppe Bergomi was all smiles on the touch line as his counterpart Villas-Boas went mad on the sidelines.

A sense of urgency finally started to overtake Bayern from the urgings of their manager, and over the next 25 minutes Bayern dominated every facet of the play. Torje played the hero’s role, a constant threat down the right wing as he assisted Mario Gomez and Javi Martinez in quick succession, both on diving headers.

Soon after, Bastian Schweinsteiger punched in a third in a row, and suddenly the score was 4-3 on the night and 6-5 on aggregate. The dream for Bayern was still alive.

The minutes continued to tick on, however, and Bayern grew more and more desperate, throwing men forward, knowing only 2 goals would be enough. However, it was Inter who found themselves with space and time on a counterattack with 3 minutes remaining. Ademilson slotted Insigne in on the left who drove in a cross to be tapped home by substitute Philippe Coutinho in his first game in over 3 months.

The score was 4-4, 7-5 on aggregate, and that’s how it finally ended when the referee blew his full time whistle. Villas-Boas and Bergomi shared a handshake and exchange after the match, both obviously flustered by the end-to-end, goal after goal action.

Inter will play FC Porto in the semifinals, who shockingly defeated Manchester City 3-0. The first game will take place in Arsenal. They will fight for the right to play either Arsenal or Real Madrid in the final in the Champions League final. The final will take place at the Giuseppe Meazza Stadium, all the more motivation for Inter to make it there. 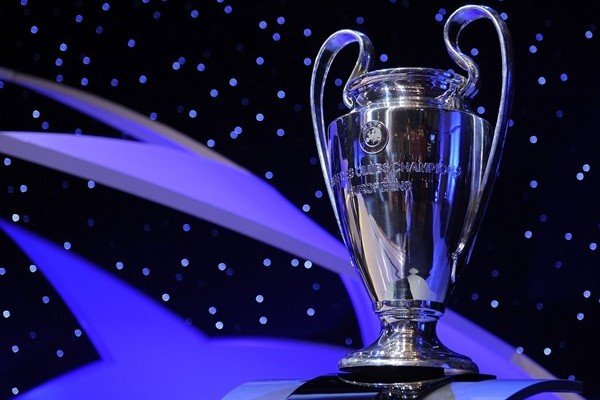 The UEFA Champions League trophy that Inter so desperately want.

andrew98
9 years
It seems that it was a very exited match, lots of goals and good performance of both teams. Now its the turn of Porto to suffer the power of the Nerazzurri!!
Login to Quote

Mohamed
9 years
Amazing analysis of the game, however I expect you to win the final in your own ground this year!

Neal
9 years
andrew98: Thanks, it was a great match, and hopefully we can beat Porto!

Nathaniel
9 years
Neal, you better win that elusive Champions League! This is building to a similar climax as Bendis, albeit you are one stage behind! Whichever one of you wins the Champions League will get my vote if you both get nominated for SOTM!

Also, great update keep it up like keepy ups.
Login to Quote

Neal
9 years
Nathaniel: Thanks dude, hopefully both of us can get that elusive Champions League crown

TAEHSAEN: You're fucked up, cuz

Of course, Serie A is already decided, and Inter have already sealed their Scudetto, but the Derby will always be hugely important. Bergomi has decided to start Simone Pierguidi, Ademilson, and Maxime Gautier, promising players who haven’t played too often this season but have looked talented when they have.

Marco van Basten has decided to line his Milan side up in his usual 3-4-1-2. Kevin-Prince Boateng will be their key in attack with his game-changing technique and physicality. The surprise inclusion is Rinconi, the 18 year old who only has 7 Serie A appearances all year.

0’ And after a good wait we’re finally off, Inter attacking to your left in blue and black while Milan attacks to the right in white.

– GOAL! Gautier chips it over for Sterling. The Englishman drives it to the byline and whips in a cross, Ademilson slides in and scores! Inter lead 1-0 after a great team goal!

– GOAL! Poli comes across to take the corner here. Hit toward the near post, Ranoccha towers above the rest and hammers it home across the goalkeeper! Brilliant goal and Inter lead 2-0!

HT’ Well Inter have absolutely dominated proceedings so far. Milan have barely had a sniff of the ball and the Nerazzurri have been clinical with their chances. Van Basten will need quite the half time talk.

– INJURY! Sterling has gotten into a nasty looking challenge from El Sharaawy and he looks hurt. He’ll have to come off here, unfortunate for him. Looks like Philippe Coutinho will be his replacement.

– GOAL! The substitute Coutinho has come to the side to whip in this corner. He knocks it in to the far post and it’s Ranocchia again! Thundering header to the near post and it ripples the net once again! 3-0 to Inter!

– GOAL! Pato holds the ball up well here and lays it off to Boateng. Excellent one touch pass to Pazzini who smashes the ball past Belec and into the net! Is it too little too late or can Milan come back? 3-1 now.

FT’ And Inter are the victors of the Derby della Madonnina by a score of 3-1! What a dominant showing from Bergomi’s men with 68% possession and a scoreline that reflects the way they played. Champions indeed!
Login to Quote

Jer
9 years
Nice work Neal! Must be disappointed to concede 5 goals in two matches, although they are Bayern
Login to Quote

Jer
9 years
Still having Vid Belec as a starter! Great stuff Neal! Remember you only need to click a link I shall provide later on this day.
Login to Quote

Neal
9 years
Pauker: Ironically, in the game we gave up 4, it was the first time I'd ever had Match Preparation set to "Defensive Positioning" XD. The derby will likely be Belec's last game as ter Stegen should be healthy soon. And I will never click that link

Inter have once again smashed their own unbeaten record under manager Giuseppe Bergomi, now having gone 84 matches unbeaten in all competitions in anticipation of their Serie A match at Torino. Their previous record of 74 matches in all competitions had been beaten when they defeated SL Benfica 2-1 in the UEFA Champions League.

Inter have been in astonishing form this season, and, akin to his first season in charge, Bergomi has yet to lose at all in any competition. Inter are also 58 games unbeaten in Serie A since their 2-1 loss to AC Milan last season and are still 30 matches away from their own record of 88.

Some people are considering this Inter side to be one of the best sides in history due to their dominance on every stage. However, the one criticism Bergomi has come under is his inability to win the UEFA Champions League thus far.

The Nerazzurri came very close in the 2013-2014 season, having lost the final to Manchester City on penalties, and won the Europa League the season before, but otherwise have had little success on the grand stage. In this regard, Bergomi has been compared strongly to Roberto Mancini, who, despite strong domestic success with both Inter and later Manchester City and Real Madrid, has generally failed to impress in European competition.

Inter, now in the midst of their greatest unbeaten run in history, are in the Champions League semifinals against Portuguese giants FC Porto, and, should they advance, could face either Antonio Conte's Arsenal or Roberto Mancini's Real Madrid. Should the Nerazzurri sustain their unbeaten run and win the Champions League, surely they will be remembered as one of the greatest sides in history. 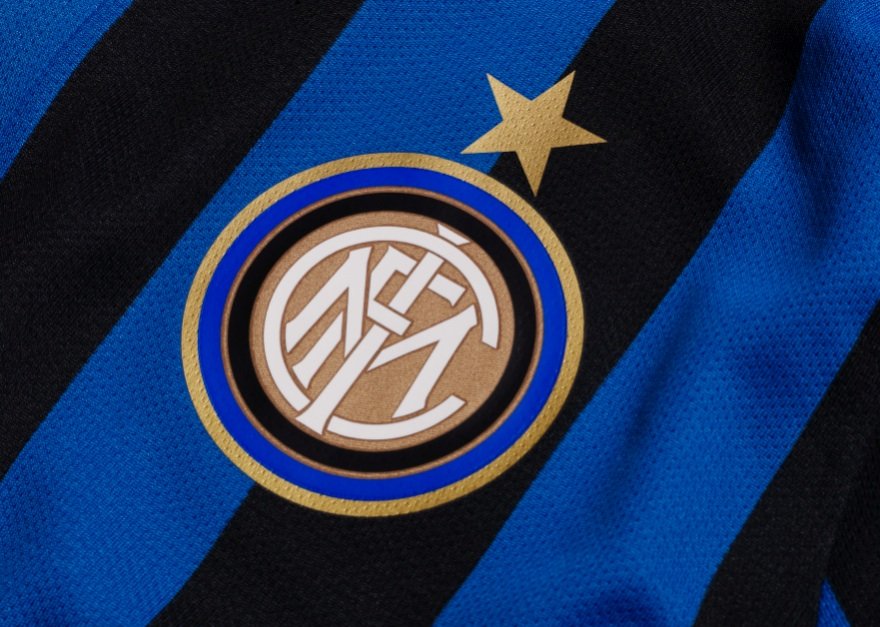 I think one claim has arose following this update.....Emma has been cheating! You see;

Neal
9 years
Rablador: I promise I do not cheat! I am a very ethical person!! Your false accusations are very hurtful >.<
Login to Quote