MJK46
9 years
Why no Rasmus Falk? He is quality
Login to Quote

Jack
9 years
A solid squad there, who knows? Could win something, good luck
Login to Quote

Neal
9 years
BayernAmerica: Too many good players in that attacking midfield position, he quite simply isn't good enough compared to Eriksen, Andersen, etc.

Jack: Thanks, winning something sounds like a plan to me

a_esbech: See above about Falk. I hope I've done Denmark proud with my squad choice

Glenn T
9 years
900th post is mine.
Login to Quote

Neal
9 years
Glenn T: If you can time it well, sure 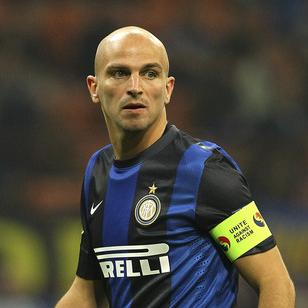 It's been a long, illustrious career for Esteban Cambiasso, and after 20 years as a professional footballer the 35 year old Argentine has decided to hang up his boots. Over the course of his career, Cambiasso made a total of 531 league appearances, and played for clubs such as Real Madrid and for the last 12 seasons at Inter Milan, where he played in 314 league matches.

For much of his time at the Giuseppe Meazza, Cambiasso was the vice-captain, and after Javier Zanetti's retirement in 2014 was given the captain's armband on a permanent basis. He won numerous trophies while wearing Nerazzurri including 7 Coppa Italia, 9 Scudetti, and 2 UEFA Champions League crowns.

On the international stage, Cambiasso was also quite successful, receiving 68 caps and scoring 7 goals for Argentina at the senior level. The hard-hitting defensive midfielder will no doubt be remembered by Inter and Argentina fans alike as a legend of the game.

The decision to retire had surprised quite a few people, as the captain had just signed a new one year extension to his contract in January. However, Cambiasso made only 14 appearances all season, 10 of them starts, and, realizing his time with the first team was going to be short, he decided to hang up his boots.

"It's a very difficult decision for me," he said. "I love playing football, but I'm starting to get older and my body cannot handle the day to day rigors of the game. Thus, I've decided to retire, though I am happy to announce I will be staying at the club."

Manager Giuseppe Bergomi confirmed that Cambiasso had indeed been given a job as a first team coach at the club. "Of course we're all sad to see him [Cambiasso] hang up his boots. He was a wonderful professional to work with and an excellent mentor to everyone at the club. I'm happy to announce Esteban has signed a contract as a coach until 2019, though, and we are willing to do anything to keep such a club favorite here at Inter."
Login to Quote

Jer
9 years
Cambiasso is a player like Zanetti, that one can't never hate.
Login to Quote