Neal
8 years
Pauker: Agreed, he is just a wonderful man on and off the pitch

Joachim Low's side were, quite simply, better than us on the day, and deserved this win fully. Gotze got them off to a great start, but we held our own for much of the match and even created some opportunities. We were pushing quite a few people up at the end, and a swift German counterattack let Ozil finish off the game for them.

What a Denmark debut for Jakob Ahlmann, marking it with a goal and a man of the match performance. He's given me serious food for thought to play him ahead of Juelsgard come tournament time. It was good to see Eriksen also get into a bit of a goal-scoring groove before the cup begins.

An excellent way to finish preparations for the Euros. Turkey are a strong side and we dominated them with ease. Simon Kjaer led the defense very well with Andreas Bjelland while Eriksen, Andersen, and Fischer ran the show in the 3 attacking midfield spots. My only worry is that neither Bendtner, Helenius, nor Kjeldgaard managed to score in any of these games.

We had two strong wins, one against poor opposition in Georgia and one against very good opposition in Turkey. However, when faced against a truly top European side such as Germany, we were outclassed. I still take positives from the result, though, as we managed to play toe-to-toe at times despite the loss. Christian Eriksen will absolutely be key, proving it with 2 goals in 3 games. 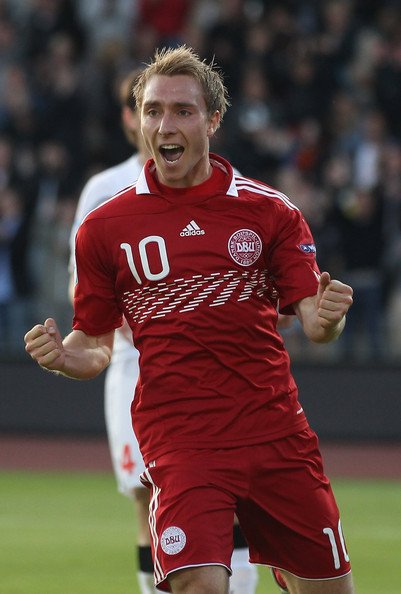 Jer
8 years
Great practice before the Euro 2016, but you should be getting the boys to win against Germany, even if it sounds hard to complete! 2 goals in 3 games is pretty decent, (1 match was against Germany so..)

Neal
8 years
Pauker: Hey, away to Germany is tough

When it comes down to the Euros themselves, we will be the dark horse, just you wait 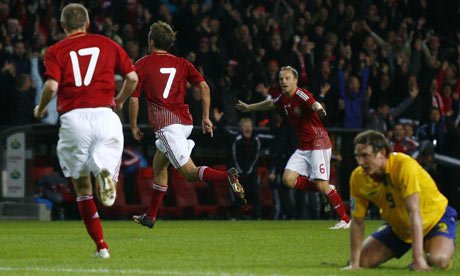 The Danish national side got off to an excellent start in the European Championship as they defeated Croatia at the Stade Velodrome in Marseille by a score of 1-0, and despite a close scoreline, the Danes demonstrated why they are ranked 6th in the world.

From the very start, Giuseppe Bergomi's youthful triad of Christian Eriksen, Viktor Fischer, and Lucas Andersen shone through and caused the Croatian defense all sorts of problems. The tricky feet of the three starlets often were kicked and hacked as the Croats racked up their foul count.

Goalkeeper Ivan Kelava, however, was up to the task, and made two good stops in the first half against a curling strike from Andersen and a fizzed long range shot from the captian, Kvist. It was Christian Eriksen, however, that broke the deadlock 24 minutes in.

Jakob Ahlmann, making only his second appearance for the senior side, made a lung busting run down the left side and was slipped in by Viktor Fischer. The Kobenhaven left back slid the ball across the six for Eriksen to tap home passed to helpless Kelava.

The Danes continued to control the game and Mandzukic and Eduardo hardly bothered Bjelland and Kjaer at the back. Things got ugly toward the end, however, as Manuel Pamic was sent off in injury time for an ugly challenge on Jakob Ahlmann, who was stretchered off and will miss 4 weeks with a twisted knee.

"It was a good way to kick things off," said goal scorer and Real Madrid star Christian Eriksen. "It was nice to score, but what's far more important is that we played so well and got 3 points. It's a blow to lose Jakob [Ahlmann] as he's been excellent but there are definitely other players who cant step up to the plate."

Ireland drew Ukraine 1-1 in the other Group D matchup, allowing Denmark to take the early group lead. The full Group D table is as follows:


A positive start to your Euro campaign

Yes, that's the plan, we are definitely the dark horse in this competition
Login to Quote

DENMARK LEAVES IT LATE AGAINST UKRAINE 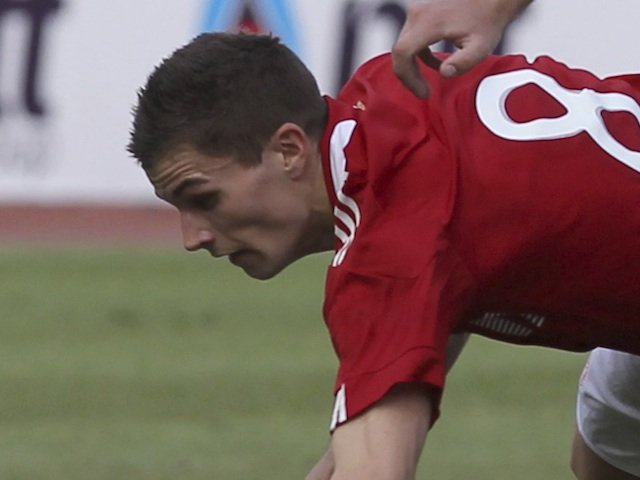 Ukraine were coming off of a rocky start after a tough draw against Ireland but were more than ready to take on high-flying Denmark on the back of their 1-0 defeat of Croatia and proved it on the pitch yesterday on the Grand Stade Lille Metropole.

Giuseppe Bergomi made two changes to his starting XI, bringing in Jesper Juelsgard at left back to replace the injured Jakob Ahlmann and Thomas Kristensen at central midfield to replace Jakob Poulsen. Ukraine looked set to hammer it out against the Danes with Konoplyanka and Yarmolenko looking like definite threats on the flanks.

Throughout the match, both teams pushed forward and created many chances. Kasper Schmeichel made a number of stunning saves against Andriy Yarmolenko and Denys Garmash, while Maxym Koval was forced to keep out Viktor Fischer not once, twice, but three times throughout the match.

As the clock winded down, things seemed to be heading for a well fought draw. However, with 87 minutes on the clock, it was the late substitute Nicklas Helenius who smashed home his goal to win the match for Denmark after receiving an outstanding through ball from captain William Kvist.

As a result of the heroic win, Denmark have qualified for the knockout stages with a game in hand and need only draw their final match against Ireland to seal the top spot.

"A lot of people thought we'd tie but we fought until the very end," said Helenius. "It feels amazing to know I've scored the winning goal but credit to the whole team for fighting to the last whistle."

In the other Group D match, an early goal from Niko Kranjcar led Croatia to a 1-0 win over 10 man Ireland. The full table is as follows:

Jer
8 years
A draw would see you secure your top spot in the next round, but with Ukraine, Ireland and Croatia playing it at the death, you must be careful, those Irish scum will do anything

*Niko sees this and permabans Pauker*


A positive start to your Euro campaign