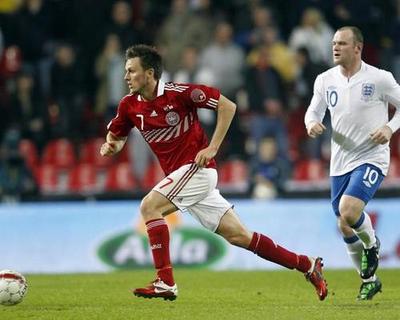 Having won their group and full of confidence (despite a somewhat embarrassing draw against Ireland), Denmark moved into their first knockout match against Slovakia confident that they could get a result.

Due to a poor performance in an attacking sense against Ireland, Bergomi made a little tactical tweak. He dropped Kvist into a holding midfield position and withdrew Eriksen ever so slightly while also letting Andersen float more centrally, creating a 4-3-3 of sorts. The changes paid dividends immediately.

It was Viktor Fischer who broke the deadlock 17 minutes in, smashing home after being played through brilliantly by Eriksen. There was a confidence about Denmark's play that had been missing since the their opening match against Croatia.

Helenius then took the match upon his own shoulders and drove the Danish attack, scoring twice in the 24th and 30th minutes to triple Denmark's lead and effectively kill of a struggling Slovakian side. After a dry group stage where Bendtner, Kjeldgaard, and Helenius combined for a mere 1 goal, it was the FC Twente man who had realized his goalscoring duties.

Shortly after, in the 36th, it was Christian Eriksen who bombed into the box to latch onto Fischer's cross and slip home a volley under the goalkeeper's outstretched arms. The French crowd of 40,000 were loving every minute of it as the Danes ran circles around their Eastern European opposition.

Late on, Marek Bakos scored after a scramble in the box following a Slovakia corner kick, but it was far too little and far too late, and the Danes triumphed by a score of 4-1 at the Stadium Municipal in Tolouse.

"It is great to be scoring goals, but more importantly to win," said man of the match Nicklas Helenius. "My job as a striker is to score and I'm very pleased to have done so twice today."

The Danes must now shift focus toward their oncoming quarterfinal match-up against a Ukraine side they had beaten 1-0 in group play that will once again prove much more difficult competition than Slovakia. The full quarterfinal draw is as follows:

Jer
8 years
Good win, and very smart to get Eriksen off the field, as he will be key for you.
Login to Quote

Neal
8 years
Pauker: I didn't mention that in the update but thanks

The Madridista: Thanks Jason!

I tried, I really did! If we win the Euros, will you forgive me?

Maybe if you're really really good. Congrats on continuing on, but, as much as I hate saying this, I'm not sure that Denmark can win the Euros. But then again Greece did, so scrap that though.
Login to Quote 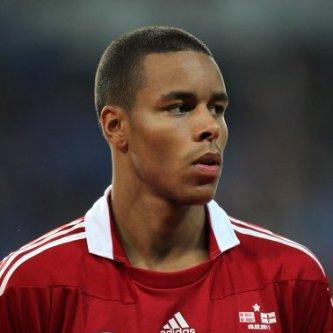 Two teams that were never expected to make it nearly this far, Denmark and Ukraine, faced off in the quarterfinal at Stade Velodrome in Marseille. The two sides had already met in group play, with Denmark taking the spoils at that encounter with after a terse, hard-fought 1-0 win en route to winning the group.

Denmark were fresh off of their 4-1 thrashing of Slovakia while Ukraine were coming off of a solid 3-0 win over Switzerland but during the match both teams looked somewhat hung over from those victories. Neither side truly seized the initiative nor attacked with full intensity, and thus half time came and went without incident.

In the second half, Denmark's passing play began to set in as Eriksen and Poulsen began to find form in the center of the park, and at times Ukraine were just kicking at shadows. It certainly didn't stop the captain Mykhalyk from putting in a nasty challenge on Eriksen, who was taken off 5 minutes from time. Thankfully, he is now confirmed as fine.

And so, regular time came and went, and extra time began with Denmark down a man due to Eriksen's exit after the Bergomi had already used his last substitute. The exhaustion had set in and neither side looked like creating a chance, and so the referee blew his whistle and gestured for penalty kicks.

Thus ensued one of the longest, most intense shootouts in all of history. Each side took 15 kicks (Denmark having gone first), and each had missed 4, but things stayed locked at 11 as each set of supporters sat in agony. It was then Mathias Jorgensen who stepped up for his second penalty, having already scored his first 11 kicks ago, and he again drained his shot.

All the weight fell on center back Yaroslav Rakitskyi, who, despite having scored his first spot-kick, looked worried sick. The packed Stade Velodrome were on the edge of their seats as the Shakhtar man stepped up and fired straight into Kasper Schmeichel's hands. We were only later notified that the keeper had actually sustained a serious injury earlier during the shootout and was to miss the rest of the tournament, but at that moment all he did was celebrate.

"It's a lottery, really," said Bergomi after the match. "We managed to keep our cool and slot home our shots, and Kasper [Schmeichel] made some good saves, and believe it or not we are in the semifinals. It just goes to show you how far we've come as a nation."

The full semifinal draw is as follows:

JasonRM
8 years
Good Luck against Italy, and thank god you managed to finish your penalties.

Jason: Thanks! And man was it stressful

Jer
8 years
Wow, seems great Neal! Sucks that Eriksen and Schmiechel are injured.. Who is your second GK?
Login to Quote


Lucky win, good luck in the semis against your home nation!!

Neal
8 years
Pauker: Eriksen will be fit for Italy, thankfully, but Mikkel Andersen will be between the sticks for the remainder of the tournament.

Walter: Thanks Walter, I'll need it!

BayernAmerica: They have so much talent, I'll need all the luck I can get!
Login to Quote 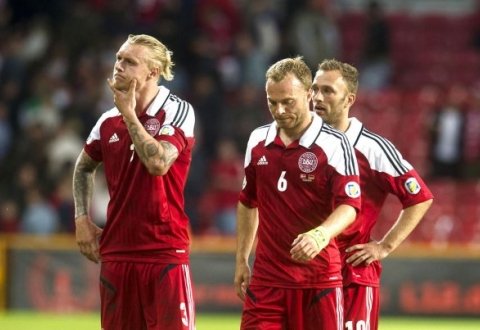 It was an emotional night for Denmark manager Giuseppe Bergomi as he took on his home nation of Italy in the European Championship semifinal for the right to face England in the final. He knew right from the start, however, that this wouldn't be Slovakia; this would be a world class team that could play his Danish side off the park.

Perhaps fearing this, Bergomi lined up his side in a defensive 4-1-4-1 and played his most physical, energetic young striker Ove Kjeldgaard as the lone attacker, while also leaving out superstar Christian Eriksen. From the first whistle Prandelli's playmaker stuffed side dominated proceedings.

Somewhat astonishingly, the first chance fell to the Danes as Kjeldgaard hammered a 20 yard blast off of the woodwork to the despair of the underdog loving crowd at the Grande Stade Lille Metropole. Denmark's back up goalkeeper Mikkel Andersen had to be sharp to keep out hits from Bonaventura and Destro as well.

At half time, seeing his side struggle to keep the ball, Bergomi introduced Eriksen to the fray, who proceeded to be kicked down in the box an hour into the match. Somehow, the referee ignored the blatant trip by Leo Bonucci and waved play on, to the outrage of everyone donning red in the stadium.

By the end of regular time, the scores were still tied 0-0, but Italy had enjoyed 71% of the possession and 12 more shots on target. Mikkel Andersen was the man of the match to that point. Extra Time came and went almost without incident, and so it came to Denmark's second straight 0-0 game that went to penalties.

Neither side kept their cool. After 5 kick each, the score was even at 1 apiece with Kristensen and Marchisio the only to find net. The teenage Ove Kjeldgaard stepped up for Denmark's sixth penalty and promptly skied it, allowing Domenico Criscito to step up and slot home to send Italy into ecstasy and the European Championship Final.

"It's a massive disappointment for all of us, of course," said Bergomi, "but the truth is that I could not be more proud of these lads. We played our hearts out and took a world-class side like Italy all the way to penalties. We have nothing to be ashamed of, and we proved a lot of people wrong getting this far."

There is no third place match, and so Denmark and Spain will finish as semifinalists while Italy and England will battle for the crown of Europe in a few days' time.
Login to Quote


Fak u itali, lyk dis if u cri everytiem.
Login to Quote