JasonRM
8 years
Brilliant performances from Ademilson and Inter, as usual

Neal
8 years
Pauker: He's back with a bang, my friend

tbendis: After making only 9 starts all of last season, Ade is a hungry man

Destro has missed about 3 months

The Madridista: I expect nothing less from the team 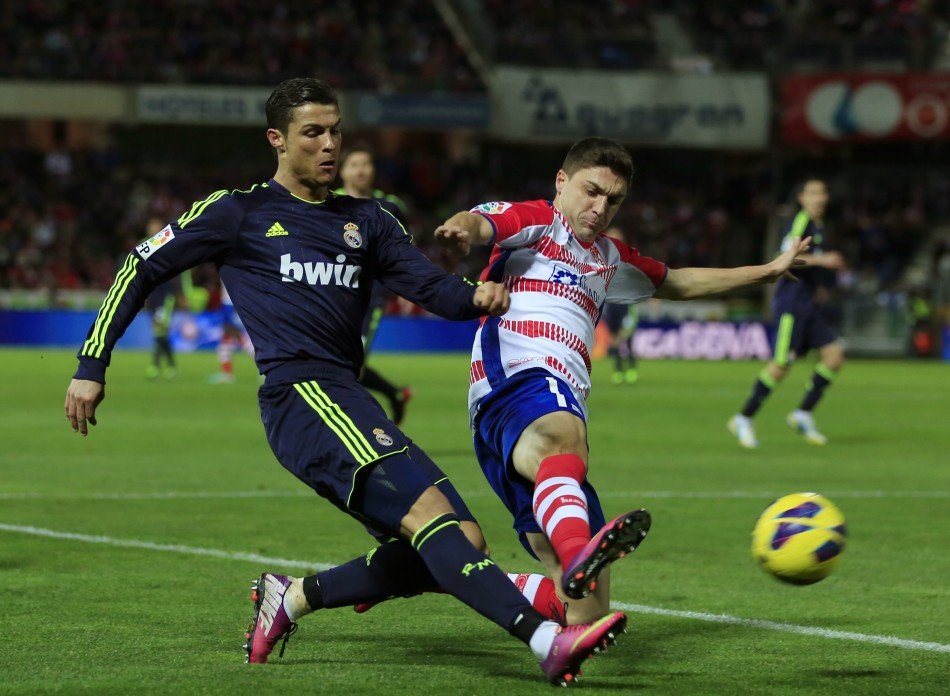 Italy took on a very strong Belgium side during this international break, and from the very kick off it was clear to all observers that the match was going to be an absolutely cracking game. Lorenzo Insigne, Mattia Destro, and Christian Benteke were lined up in the striking positions on either side, quite the trio.

Italy boss Giuseppe Bergomi had given a surprise call up to Angelo Ogbonna due to his recent outstanding form for Torino, but it was Ogbonna that was clearly beaten in Belgium's early goal. Chelsea superstar Eden Hazard easily slalomed passed Abate and then Ogbonna before curling the finish around Sirigu, a great start for the Belgians.

It was Italy's Inter Milan duo up top, however, that began to claw back at the lead for Bergomi's men. Lorenzo Insigne combined excellently with Mattia Destro halfway through the first period, and Insigne made no mistake chipping Courtois with an outstanding touch to level the scores.

It seemed for much of the rest of the match that the Belgians might just escape the famed Stadio Olimpico with a draw. Bergomi threw on Rossi, Balotelli, Florenzi, to no avail, until deep into extra time it was the last substitute, Claudio Marchisio, that was the key.

The Azzurri were throwing wave after wave forward, and now, with just seconds left in injury time, Marchisio saw his chance. Left back Guilherme Siqueira had made a lung-busting run down the flank, and Marchisio, in a similar vein to ex-Italy legend Andrea Pirlo, lofted the ball straight into the defender's path to smash home on the volley.

"This is a fantastic feeling, a wonderful feeling," said Siqueira, clearly ecstatic after netting his third goal in 18 caps for Italy.

Bergomi wasn't quite as ecstatic, but was happy, saying, "We showed good spirit today. Belgium are a top side and to come from behind as we did today requires a lot of character."

Italy had only this match during the November international break, and will not meet up again until late in January when the Azzurri take on Bosnia and Herzegovina, again at the Stadio Olimpico.
Login to Quote

Jer
8 years
Siquiera is Italian?! It must be said, I am surprised :P. In several saves, Ogbonna gets tired of waiting for Italy and switches his nationality to Nigeria, where he becomes a fucking stud.

Neal
8 years
The Madridista: Thanks Jason

Pauker: Brazilian with Italian citizenship haha, and Ogbonna has 6 caps for Italy, apparently that's enough for him 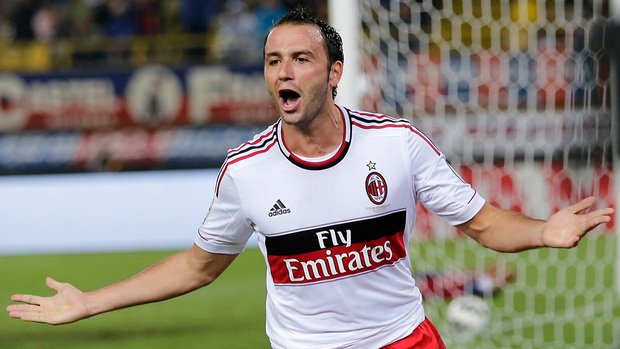 Just 5 minutes in, it was the defending champions Inter that got off to a dream start. Philippe Coutinho slalomed passed Ignazio Abate on the left flank before lofting a curling strike around the keeper and into the top corner, a contender for goal of the season.

The Nerazzurri continued their dominance until controversy struck. Right back Daniel Schwaab slid in the box, tackling the ball away from Ciro Immobile in what looked like a very excellent tackle, but the referee believed otherwise and pointed to the spot. Ex-Inter striker Giampaolo Pazzini stepped up to the penalty and buried it, drawing the scores level 33 minutes in.

Half time right around the corner, it seemed the two sides would go in level. A moment of loss of concentration from teenage defender Mattia Ronconi changed all of that. Philippe Coutinho, ever quick on his toes, robbed the 19 year old and converged one on one with the keeper and made no mistake, hammering it to the far post to restore Inter's lead.

The clock dwindling down, it seemed Inter would triumph once again. In the 3rd minute of injury time, Kevin-Prince Boateng took the match upon his shoulders and powered through two defenders before slipping through that man once again, Giampaolo Pazzini, who fooled ter Stegen and slotted home a dramatic equalizer.

The San Siro erupted, flares, chants, everything pouring down from the AC Milan supporters while the Inter fans could only sit in disbelief as their eternal rivals again avoided defeat, this time at the very death. A classic match to the final whistle.

"It was a lack of focus. If we want to win important games, we cannot lose focus again like we did today," said a bitter Bergomi after the match. "It will not happen again, I can assure you."
Login to Quote

silas1231
8 years
Unlucky with the AC Milan game. Congratulations on the Story of the Year nomination

It's been an absolute joy to write this story and I'm ecstatic you guys all enjoy it. Bergomi could never have gotten so far without all of your support, so thank you!

Jozef
8 years
Congrats on the story of the year nomination, fully deserved mate.
Login to Quote

Neal
8 years
silas1231: Thanks, hopefully we bounce back soon!

The Madridista: Thanks mate 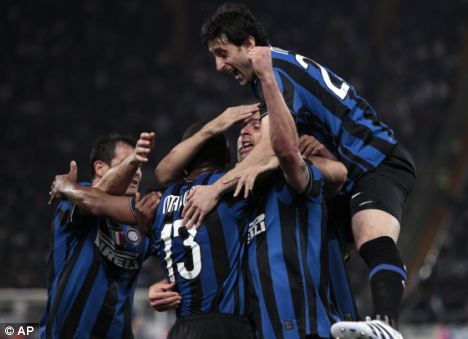 In the very first competitive match of the season for Italian football, Inter Milan took on Juventus in the Supercoppa Italiana. It was expected to be a tight match between the two greatest sides in the country. Instead, the Philippe Coutinho inspired Nerazzurri thrashed the Turin side by a score of 4-1.

Who'd have thought, three months later, that Inter would once again put 4 goals past the Juve keeper, and this time do one better by keeping a clean sheet?

To be frank, ever since then, Juventus have looked downright awful this entire season. A series of losses had left the once proud club floundering in 9th place, and after a 3-3 draw in Austria to Rapid Wien guaranteed the Old Lady would finish 3rd in Group D and drop into the Europa League, Domenico De Carlo was sacked, and Giuseppe Iachini was promptly appointed.

The new boss's first test? Traveling to the Giuseppe Meazza to take on the four consecutive Scudetto holders Inter Milan.

Six minutes in, Inter gave a quick warning blow as Isco rocketed his swerving free kick off of Viviano's crossbar before testing the Ttalian goalkeeper yet again half an hour in from long range. Things were going swimmingly for the Nerazzurri, but no goal yet.

To be fair to Iachini, his side looked as though they were competing just fine with the Nerazzurri, and with 3 minutes remaining in the half, it seemed as though the Bianconeri could take a heartening 0-0 draw into the locker room. Then Raheem Sterling struck.

Giorgio Chiellini, a great defender, but perhaps no longer with that step of pace, was left in absolute tatters as the young Englishman showed him a quick pair of heels before hammering the ball just inside the near post to open the scoring, and the Giuseppe Meazza erupted into cheers.

Just after half time, things got even worse for the Turin based club. Raheem Sterling was at it again, terrorizing Chiellini before dropping the ball to Moussa Sissoko. The big Frenchman whipped in a great cross which struck Davide Astori in the back and trickled in for an own goal, just out of the reach of Viviavno's outstretched arms.

Juve started fighting their way back into the game, but on the hour mark the Milanese side really sealed the victory with a classic corner kick goal. Coutinho served the ball into the near post for Sissoko to nod on to the far post where an unmarked Giuseppe Bellusci headed into the empty net, giving Inter a 3-0 lead and sending the newly named Giuseppe Bergomi stand into absolute raptures.

Time was dwindling down and on either side of the dugout there was elation on Bergomi's face and disappointment in that of Iachini, and just moments before the final whistle both of those emotions reached even greater heights when Raheem Sterling, having a great match, cut the ball back to Coutinho, 25 yards out, who hit a wicked strike into the top corner to seal the deal with a final score of 4-0.

"I feel bad for Iachini to start like this, but what can I say? Our side is just far superior to his," said Inter boss Giuseppe Bergomi after the match with a smile on his face. "We bounced back very quickly from that draw to Milan, and we've proven today just how good we are."
Login to Quote