In all seriousness though, really looking forward to seeing you bring Sporting back to life again and introducing Sporting's youth to the world. Maybe even bring some back in a few years like Nani, Miguel Veloso or dare I say it Cristiano Ronaldo
Login to Quote

Blue
8 years
KingPadster: Thanks, but no thanks

the youth is genuinely my aim, it will be an important part given the lack of funds I have available

BeanyUnited
8 years
Enjoying the style of updates so far!! 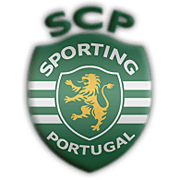 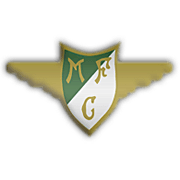 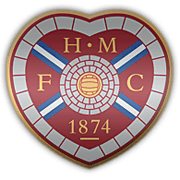 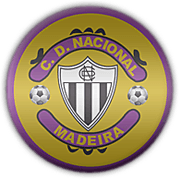 Sporting Clube de Portugal right-back Joao Goncalves has completed a deadline day switch to fellow Liga ZON Sagres side Maritimo for £150k. The 24-year-old was not thought of as part of new manager Lothar Matthaus’ plans, and has such been shipped out to the team from Funchal. Goncalves had spent the entirety of his professional career at the Estadio Jose Avalade, however had spent the majority of his time there out on loan, most notably playing for Olhanense for four successive seasons on loan from 2008-2012. The management team have finally decided to put the Portuguese defender out of his misery, and let him leave.

I feel this is an easily winnable group, with our only real challenge coming from Russian side Rubin Kazan, and even they are beatable. The two Lokomotiv games should be an easy six points, as should the home game against Norwegian side Rosenborg. However, the return match back in Norway could be difficult if we are complacent. The match in Kazan against Rubin could prove very tough indeed, and we will have to be careful not to be beaten easily.

Overall, a good month in my eyes. We sealed qualification to the Europa League group stages with that two-legged win over Hearts. I was particularly impressed with the attacking displays throughout our four games (not so much in the second leg against Hearts) although our defensive performances have generally left a lot to be desired. We have been suffering from a lot of injuries this month, so the line-up will improve over the course of the next few weeks or so. My star player of the month is Craig Gardner, who has been fantastic in our midfield already this season.

We're currently sitting in 3rd, behind Benfica and Vitoria Setubal, but it's only two games in, and we have plenty of time to turn it around and win the league, which I am confident of accomplishing!
Login to Quote

Blue
8 years
BeanyUnited: It's only the usual

JasonRM
8 years
Great results mate, I can see you having a great run in the Europa League!

AlexSonwild
8 years
Good start to the season Ben, keep it up

k1rups
8 years
Awesome update there mate so much depth! Good start to the season and some great results keep it up
Login to Quote 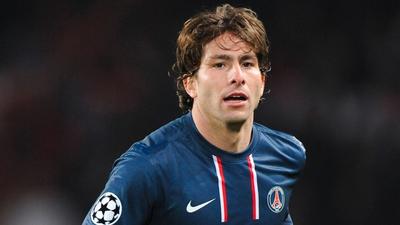 Sporting Lisbon's new manager Lothar Matthaus has already started to criticize his team, after telling them that the defence must improve if Sporting are to win silverware this season. It's only been a month since Matthaus began his competitive management career at the Estadio Jose Avalade, and already his team have qualified for the group stages of the UEFA Europa League, whilst flying high in the Liga ZON Sagres, third after two games behind huge rivals Benfica, and Setubal.

Despite this success, however, Matthaus' side have only kept one clean sheet in August, and have been on the brink of losing points due to a lack of discipline at the back. Speaking in an interview with one of Lisbon's biggest newspapers, Matthaus spoke of his new defensive line-up, and what he thought of their performance in the last month. "Results-wise, we've been great in the last month. Couldn't really have asked for much more than three wins and a draw. However, the defence has been worrying me a bit. We managed to concede sloppy goals in three of our matches, and even needed Patricio to pull off a brilliant double save in injury time against Nacional to keep us in front, before Gardner scored that free kick. If we want to win the title, we have to improve defensively, and not rely on the attackers to score three a game, because they won't. That's not how football works."

Matthaus will consider it vital that his defence picks up form quickly as Sporting could have a very difficult month ahead if they don't start to keep clean sheets. Late on in September, Sporting face a difficult trip to Russia to face Rubin Kazan, as well as Braga at home a few days later which could prove problematic if complacency or fatigue becomes an issue. However, quite possibly the biggest test of Sporting's season to come, comes at the start of October, when O Leoes face an extremely tough match at the Estadio da Luz, against fierce rivals Benfica, the current league leaders.
Login to Quote

Blue
8 years
The Madridista: Thanks

I can too haha!

k1rups: Haha, it's only the usual! Thanks