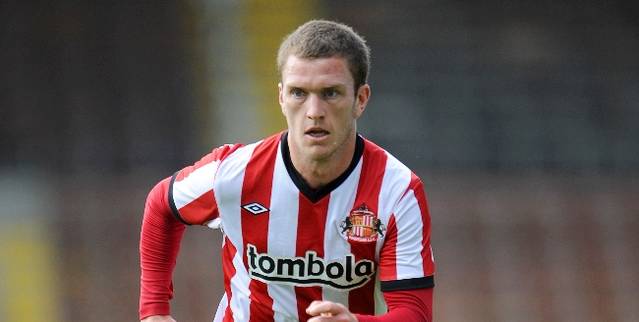 Sporting Clube de Portugal look to have almost completed their summer transfer business after announcing the loan of English midfielder Craig Gardner from Sunderland for the 2012-13 season. This was another of the areas that was outlined by their new manager Lothar Matthaus as one of the vital areas that needed to be improved after Elias was loaned back to Brazil, and Izmailov was sold to fierce rivals Porto at the start of the summer, meaning someone needed to come in, and Gardner is that man.

Many were shocked when Gardner was announced by the club, as there are creditable rumours that Sporting are struggling to control the wages, and given Gardner's reported £35k p/w wage at the Stadium of Light, it further adds to the Sporting wage bill. Figures haven't been fully reported by the club, but sources close to Sporting's inner circle say Sporting are paying £10.5k of Gardner's wage until he leaves the club, as well as an additional monthly fee of £65k p/m.

Fans have taken to the Internet to voice their concern that this signing is really he right one to help move the club forwards, with many considering this season to be with his biggest club of his career so far, at the age of 25. Gardner started off at Aston Villa, who play in the Premier League although never really managed to make the breakthrough, making just 59 appearances in the five years before moving across the city to Birmingham City for £3m in a shock move in January 2010. He went on to make 42 league appearances in the season and a half before he made the move to Sunderland at the beginning of last season for £6m. He went on to make 30 league appearances in is debut season with the Black Cats, and helped them to a 13th place finish in the Premier League.

Now though, like most of Sporting's other signings, Gardner has been transfer-listed by his parent club, and joined Sporting to have the chance to prove himself once again, and put himself back in the plans of his Sunderland manager. However, he may also be hoping that he can prove he is good enough to make the step-up to Sporting, and try and win a permanent transfer to the Estadio Jose Avalade next summer.

Whilst playing for o Verde-e-Brancos Garnder will wear the number 25 shirt, and is expected to line up alongside Stijn Schaars in central midfield.
Login to Quote

Glenn T
8 years
Well look who it is. Craig Gardner is a beast first season but after that he just turns to shit. Maybe you can fix that!

k1rups
8 years
Interesting signing there mate but he could be a good one if he plays well!
Login to Quote

I'll bear that in mind

k1rups: Yeah, I think he'll thrive in my tactic

Kane
8 years
A brilliant signing Ben, hope he performs for you - maybe even sign him permanently. Well written too, another great update, keep it up!

MarcusLFBA
8 years
Great signing, Hope he does good for you. Good luck

I'm putting in a lot more effort into this story than the last one!

Akash
8 years
Sporting is definitely going places, buying players like the legend that Gardener is. Good work, and it is always good to see Matthaus back.
Login to Quote

Blue
8 years
Akash: I can't tell if you're being sarcastic 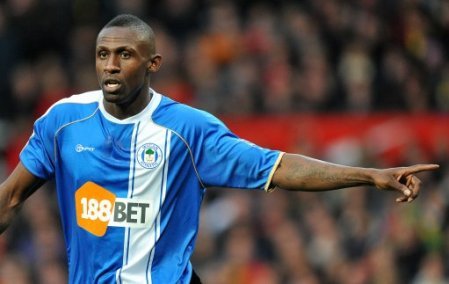 Sporting Lisbon manager Lothar Matthaus has finally confirmed that his club’s transfer business for the window is complete, but not before announcing one more signing for the club, Steve Gohouri, a former Ivorian international. The 31-year-old has recently been released from Maccabi Haifa in Israel, and has been looking to get into football since.

After the previous signings made by Matthaus at Sporting (Castillo, Mattheus, Maxwell and Craig Gardner), most of the Portuguese pundits were confident that the only new player that Sporting needed to bring in was a back-up central defender, in case of any injuries. Sporting’s back-line already seems to be sorted, boasting players such as former Chelsea defender Khalid Boulahrouz (who has made 35 appearances for the Netherlands) and former Porto right-back Marcos Lopes. The centre back pairing this season is expected to be Boulahrouz and Marcos Rojo, which is one of the strongest pairings in the league, which their manager Matthaus will not want to interrupt. So he will want a good alternative, who can come into the team if needed.

That is where Gohouri comes in. The 31-year-old has been a free agent since being released by Israeli club Maccabi Haifa at the start of the summer, just weeks after he’d signed. Before Haifa, he’d spent two and a half seasons in the Barclays Premier League with Wigan Athletic, making 42 appearances for the Latics, before leaving on a free at the end of Wigan’s latest escape in the 2011-12 season. Before joining Wigan, the 11-time Ivorian international had also spent time at Borussia Mönchengladbach and BSC Young Boys.

The details of Gohouri’s contract haven’t been released by either party, but noises from Gohouri’s agent Moshe Yifrach seem to be pointing towards a one year-deal on £21k p/w. One detail that has been revealed, however, is that Gohouri has been given the number 4 shirt to where at the Estadio Jose Avalade.
Login to Quote

Kane
8 years
GOHOURI! How did I not think of him! Another great signing Blue!

Blue
8 years
Devil: I'd not heard of any of the others you guessed

Deleted
8 years
Some good signings. Maxwell and Gardner should fill the gaps left by Insua and Izmailov nicely.

Blue
8 years
KingPadster: Thanks for the advice

I've just had a look at both, and Mendes only seems to be 1.5* for potential. However, Ilori seems to be 3.5*, so I'll look to bed him in over the next couple of years.
Login to Quote