Nottingham Forest - Rise of the Reds


Hey, this is my first story so any help or criticism will be nice. But please go easy on me, I'm still learning.


Even though I am a Red Devil till I die, I just loved the story of Brian Clough.
After much success at Derby County, winning the First Division and getting to the Semi Final of the European Cup, and a very unsuccessful 44 day spell at Leeds, Clough and his assistant and best friend, Peter Taylor, went to Nottingham Forest. They were a under achieving Second Division side. But Clough would go and change that.

He promoted the Reds after two seasons, and then won the First Division the very next season. But the success was not over yet, as Clough managed to win the European Cup in 1979. It was an unbelievable achievement. No one thought his achievements at The Reds could be topped. But in typical Clough fashion, he topped himself. We won the prestigious European Cup again in 1980. The Reds were on top of the World.

Brian Clough was known as arrogant, obnoxious and some called him annoying. I call him a legend. He may not be the best manager of all time, but he is certainly in the top one.

Glenn T
8 years
This is a brilliant start Mickzter, some great effort put in for a first story. Will certainly be following!
1
Login to Quote


As of this morning, Steve McClaren has resigned as boss of Nottingham Forest manager, and has decided to take up a role in acting for Bollywood movies. He released a written statement earlier.

“It comes with a heavy heart to announce my retirement from football. I have had a great career, and have even managed my great nation. And for that, I am very proud. However I feel as though I should pursue new things in life. It has been a fabulous journey.”

McClaren is rumoured to take up an acting role in a new upcoming Bollywood movie. However none of this can be confirmed.

There are already speculations as who is to be the new manager of Nottingham Forest. Some say the likes of Nigel Atkinson, Eddie Howe, Sven-Goran Erikkson and Nigel Pearson are front runners. The Reds shall announce their new man for the job within the next 48 hours.

Mickzter97:McClaren is rumoured to take up an acting role in a new upcoming Bollywood movie. However none of this can be confirmed.

Mickzter97:“It comes with a heavy heart to announce my retirement from football. I have had a great career, and have even managed my great nation


Shame you didn't do it well

this is going to turn out to be an awesome story.
Login to Quote

Mickzter97
8 years
Well apparently they offer mega-money for his new role...which will only be announced next month


Nottingham Forest has unveiled their new manager – Mikhail Amod. The 48 year old South African takes up his first job as a manager, but comes with a wealth of playing experience.

Amod with PSL champions Kaizer Cheifs in 1983. He is on the far right with spikey hair

Although he has plenty of playing experience, many Forest fans are worried that his lack of managerial experience will see them go down the championship.
Only time will tell whether Amod is the right man.
Login to Quote

Mickzter97
8 years
Lol no, I'm Mikhail. I have no idea who that is

BeanyUnited
8 years
Great start! Hopefully you can do a Clough!

Mickzter97
8 years
They'll change it soon. It will be "Maybe you can do an Amod"


I arrived in Nottinghamshire on a cold and wet day. English weather exactly how the said it would be back at home. I drove up to City Ground, what would be my new home for hopefully a long time. There were a few journalists, and one or two supporters. I didn’t expect much hype; after all it wasn't Manchester United. But it was my new home, and I would be taking it to the top - No matter what. 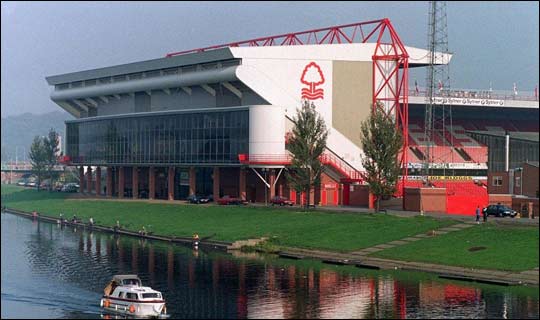 As I parked my car, Nigel Doughty, my boss, greeted me. It was nice of him to come in person. He said hello, and walked into the stadium.

“Welcome Mikhail. Just know no matter what the media say, the board backs you fully. It may be a bit weird in the dressing room after Steve’s departure. Players are still shocked about the Bollywood thing. But I am sure you will bring things together.”

“Yes of course. Thank you for the opportunity.”

“No problem. As discussed you have a 2 year deal here at 6 500 pounds a week. If you do well, we will gladly extend it.”

“That’s good. And my transfer budget?”

“Well that depends on your objective”

“Promotion. We will be in the BPL by the end of my contract, I guarantee you.”

“I love the confidence. Well I can tell you that your budget is only 375k. McClaren already spent 1.2 million on Ishmael Miller, so the bank isn't full.”

That wasn't what I was expecting, but it will do. I’ll start right away.”

“Good. Enjoy, and welcome to Forest”

He smiled and left, and I went to my office to meet Hasselbank and take a look at my squad.
Login to Quote

Louis O.
8 years
Good thing you didn't end up at Notts. County instead, they're so close together!

If your striker keeps skying his shots, ring up County and ask for the ball back

You are reading "[FM12] Nottingham Forest - Rise of the Reds".