tomwill
9 years • Edited
This story is about the second best team in Liverpool(i support Liverpool)Everton.
The manager is called Thomas Williams as is my name in real life and the aim of the game is to get Everton to the top.
Login to Quote

Founded in 1878, Everton are a proffesional English club currently playing in the English Premier Division.The club play their home games at Goodison Park and possess top training facilities and excellent youth facilities. The clubs training ground is Finch Farm. The club is known as The Toffees and retains a feirce rivalry with Liverpool.

Having enjoyed their greatest spell in the 1980s and despite not winning anything for 17 years, The Toffees have a successful history. Boasting a total of 25 competition wins here are just some of their highlights: Everton won the English Top Division 9 times and were runners up 7 times, won the Winners Cup in 1985, Have 5 FA Cups to their name and finished second best on 8 further times, and won the Enlish 2nd tier just the 1 time in 1931 and were runners up 1 time.


THESE WERE THE RESULTS OF MY PRE SEASON. 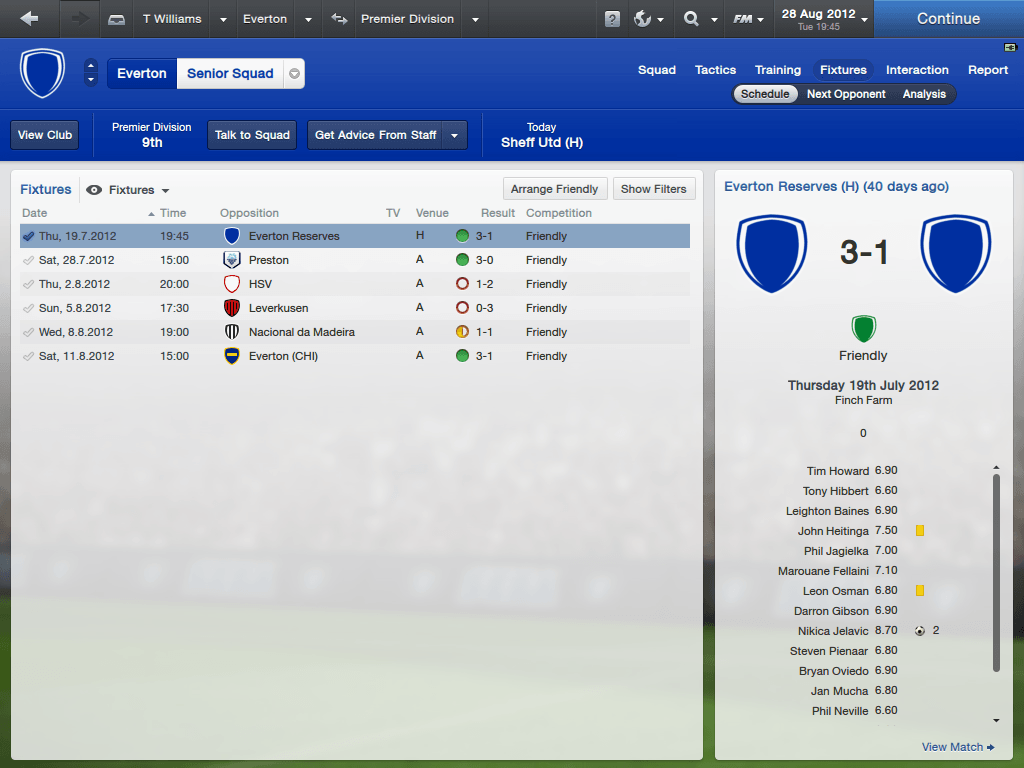 IN THE RECENT PRESS CONFERENCE THOMAS WILLIAMS COMMENTED ON HIS TEAMS PRE SEASON HERE IS WHAT HE HAD TO SAY: Overall I think that we can look back at these games and say that we did not do all that badly in the end. I would have liked a victory over Nacional Da Madeira but good results against The Reserves and against Preston and Everton(CHI)overshadowed that result.
Login to Quote

THE SESON STARTS WITH THE MERSEYSIDE DERBY AT ANFIELD


CAPITAL ONE CUP 2ND ROUND

PLAYER OF THE MONTH- Sylvan Distin for solid performances at th back with Phil Jagielka.

MANAGERS COMMENTS ON THE MONTH: The rivalry defeat was dissapointing however the other 2 results have boosted our confidence. Kweuke has impressed scoring 2 in 3 games and they were lovely goals too. Distin's performances have really caught my attention especially as his contract is up at the end of the season. I will consider renewing it. 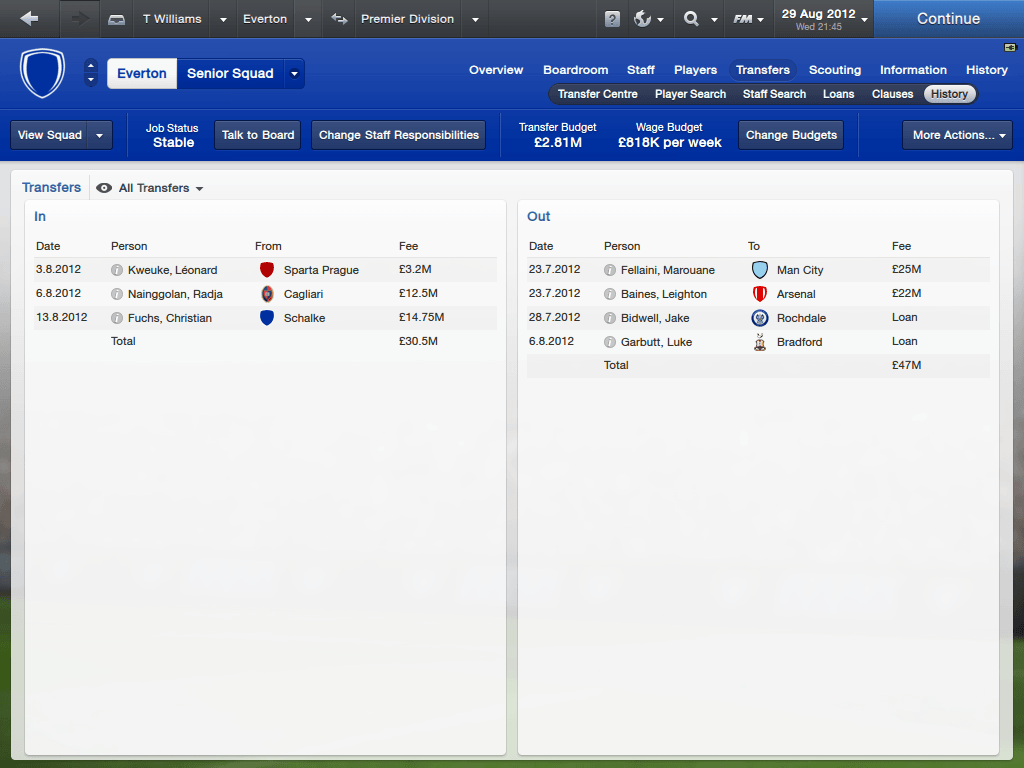 I know most of you are going to say im crazy for selling both Fellaini and Baines but I just wanted to revamp a little. 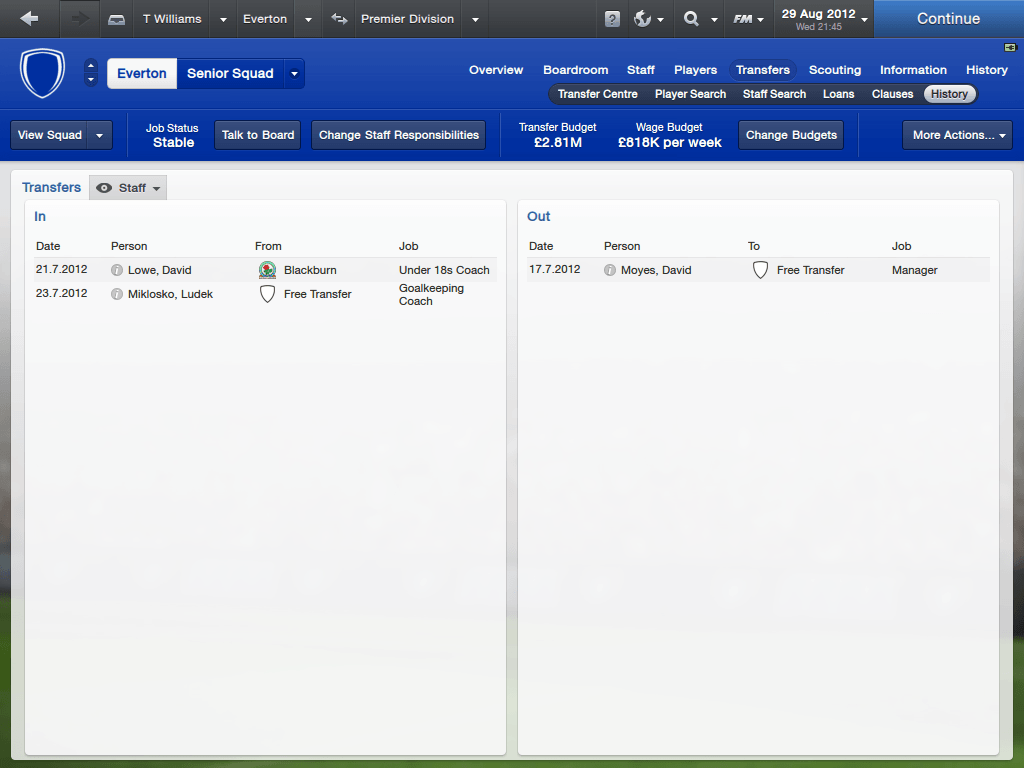 
CAPITAL ONE CUP 3RD ROUND

MANAGERS COMMENTS ON THIS MONTH: I think this was a good solid month considering we have now extended our unbeaten run of games to 5. The game against Wigan was unlucky as we were by far the better team but it just didnt come for us. A great result against Arsenal for the last game but my sympathy goes out to Gibbbs who gifted(it really was a gift,open net,terrible pass)Kweuke the second goal, he must have got some stick from the fans for that one. Overall im happy with our performances.

http://i.telegraph.co.uk/multimedia/archive/02164/NIKICA-JELAVIC_2164437c.jpg
JELAVIC CELABRATES HIS GOAL VS MIDDLESBOROUGH
Login to Quote

Toon
9 years
Maybe could have done better against Norwich but good result against WHU.
Login to Quote

Rablador
9 years
Great result against West Brom, what a player Kweuke is!
1
Login to Quote


I know he is scoring for fun, well, not quite, yet
Login to Quote


i know gutted
Login to Quote

PLAYER OF THE MONTH ONCE AGAIN- Phil Jagielka. Once again a defender gets player of the month for outstanding defence throughout a great month.

MANAGERS COMMENTS ON THE MONTH- An absaloutely amazing month for us with every single game turning into a win. Getting good results against Manchester City and Chelsea as underdogs boosted us even more. Of course the win against Sunderland was expected but the win against West Brom needed a good deal of work to come up with the result we wanted and we got it. A superb month results in a happy manager..


http://www.vancouversun.com/cms/binary/8110040.jpg
JELAVIC POWERS IT INTO THE NET VS MANCHESTER CITY 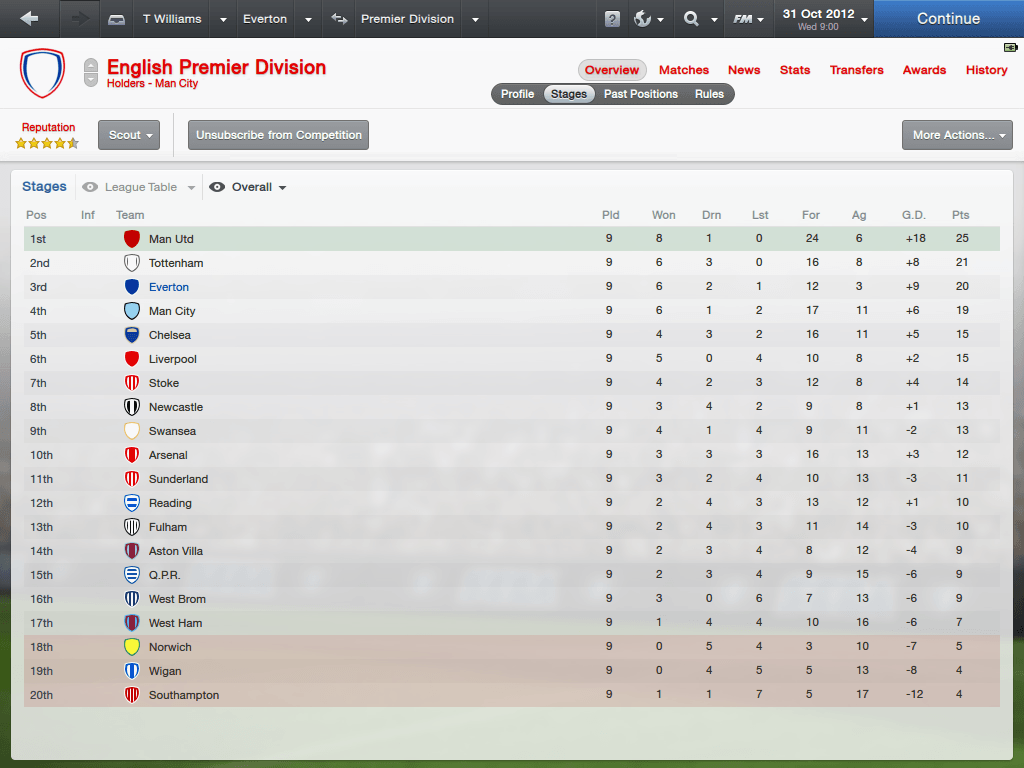 You are reading "Europe and beyond!-An Everton and England Story".