Oh and I love your graphics
Login to Quote

some decent results there though still fighting!
Login to Quote

The FA Cup fourth round draw has been completed and will see a host of teams throughout all tiers of English football battle each other for the prestigious cup.

The current holders of the FA Cup are Wigan Athetlic, after they beat Manchester City 1-0 to win the cup for the first time. 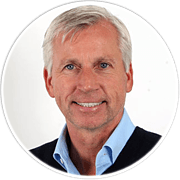 Justice
8 years
Doing brilliantly in the league, you'll be challenging for the title next season

The FA Cup fifth round draw has been completed and will see a host of teams throughout all tiers of English football battle each other for the prestigious cup.

The current holders of the FA Cup are Wigan Athetlic, after they beat Manchester City 1-0 to win the cup for the first time.

Lynchy
8 years
Mate just caught up with this story and must say its amazing :o Love the style of the updates to!


The January Transfer Window: Round Up

The transfer window has finally shut. Late squad tweaks saw several key players from various clubs leave it late to move, while some didn't get the move that they had hoped for.

One of the first deals to be struck, which could also turn out to be one of the bargains of the season was that of Victor Wanyama. Wanyama was speculation of several bids at the beginning of the transfer window, with Celtic turning down offers as high as £10M. The player, originally wanted by the likes of Manchester City and Southampton has ended up at Everton, for a cut fee of just £5M. The tough tackling Kenyan officially handed in a transfer request, causing Celtic to sell. The player has made a bright start to the Premier League, and has so far secured his place in the Toffees side, starting a total of 5 matches from 5.

Manchester City also had another busy window. City Manager, Gertjan Verbeek spoke earlier in the window, claiming that he was happy with his squad. However, come Thursday night, Seikh Mansour was furiously writing out a cheque for both Leighton Baines and Gary Cahill. The defenders have arrived at the Etihad for a fee of £14M and £10M respectively. Both are delighted to move, however it has left a bitter taste in both Tottenham and Chelsea fans mouths - Baines had spoken about his delight with being linked to Spurs earlier in the window, but has since chosen Sky blue over Lily White. Meanwhile, many Chelsea fans believe that Cahill has taken a step down, by securing a move to Manchester City, whom currently sit at fourth in the league, 7 points behind leaders Arsenal.

Crystal Palace have secured the services of both Swede defender Milosevic and Belgian Striker Vossen for a combined fee of £5M. It is believed that Palace had also sanctioned moves for Colombian striker Carbonero, but due to work permit problems, the move could not be completed.

Finally, Gareth Bale has stayed put at Tottenham Hotspur. At the turn of the month, the player handed in a transfer request when he had heard that Manchester United were ready to bid for him. It was believed that he had already agreed personal terms with the club - something that has infuriated both AVB and Daniel Levy. However the stumbling block proved to be Tottenham's valuation of the player. Manchester United owners disagreed with the £40M price tag that Levy had set for Bale, offering just half, which Levy flatly declined.
Login to Quote

Keep it up m8!
Login to Quote

Justice
8 years
I see Man City weren't too pleased with their defence, if they bought those two players

Inquisition
8 years
Really like the layouts you make for your posts! well done mate keep it up :)SOTM soon I am sure!
Login to Quote

@Justice: Tell me about it! All transfer window it was Baines moving to spurs, then on DD he goes and moves to City :o

@Inq: Thank you, glad you're enjoying it

@Justice: Tell me about it! All transfer window it was Baines moving to spurs, then on DD he goes and moves to City :o

@Inq: Thank you, glad you're enjoying it

Young Brazilian winger, Dudu, has handed in a transfer request at his current club Dynamo Kyiv in order to force a move to Barclays Premier League club, Crystal Palace.

The winger has been on Dynamo Kyiv's books for three seasons, having transferred from Cruziero in 2011 for a fee of £4.3M. It is believed that Dynamo are currently asking for £7 million, however Palace are thought to be put off by the price.

An inside source has claimed that Palace have offered Dynamo around £3.5 million up front, with £3.5 million in add ons. Dudu is highly rated at his current club and it first thought that the club had declined his initial offer of a transfer request. However, after going AWOL from training, the clubs chairman later decided to accept his transfer request, and he is now expected to move to Palace later on this year.

Dudu has currently made 11 appearances for Dynamo in the league, with 13 in total and has scored 3 goals.

In other news, Gus Poyet has confirmed that striker Glenn Murray will be returning to fitness, and could partner new striker Vossen up-front in their next game against Liverpool in the FA Cup.
Login to Quote