Yeah, thankyou! Almost got a draw at united as well, that was unlucky:)
Login to Quote

Bullard's Under 18 signings paying off!


Currently Fulham FC's under 18 squad is lying in first place in the table, noticeably unbeaten. This is largely due to the amount of quality of youth that Bullard introduced to the squad at the start of the season, telling them that they'd have to perform well in the under 18's squad before making a push for the first team. Also, 19 year old Saborit has also made some progression in development, starting in 3 Premier league games this season, and Bullard has arranged for him to be trained by the one and only John Arne Riise. Good work with the youth team, some reasonable youth systems in there!
Login to Quote

Good work with the youth team, some reasonable youth systems in there!

Yeah, being above Arsenal is a surprise, and I have a few young players joining in January that might be put in this team for a while as well, quite interesting to see how they progress in the U18's squad, might actually take control of some of the matches.
Login to Quote


Fulham FC are currently lying in 3rd place in the premier league just behind Manchester United and Manchester city. The Fulham board are ecstatic about how their squad have performed and only have one man to thank, Jimmy Bullard! Cheers man, will do:) Btw can I ask if you'll make me some new kits next season?
Login to Quote 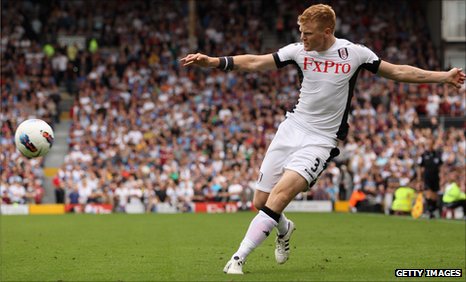 Today Jimmy Bullard was proud to announce that Fulham FC have signed Crewe youngster McDonnell for a fee of 100k. McDonnell has been dubbed by pundits as the next Ben Foster, and Bullard jumped on the opportunity to sign the young Goalkeeper. As we've see before we expect Bullard to place his new star in the under 18's squad until he settles in to the squad. Jozef
9 years
I love signing young regens, it's so exciting.
Login to Quote

Yeah so do I:) Added stats of him now btw, if you wanted to take a look.
Login to Quote One of the two signings Bullard announced earlier today is Sam Byram. The ex Leeds youngster joins the Cottagers for a price of £2,000,000. Byram has announced that he is thrilled to join such a prestigious club and looks forward to challenging for the first team Right Back position. 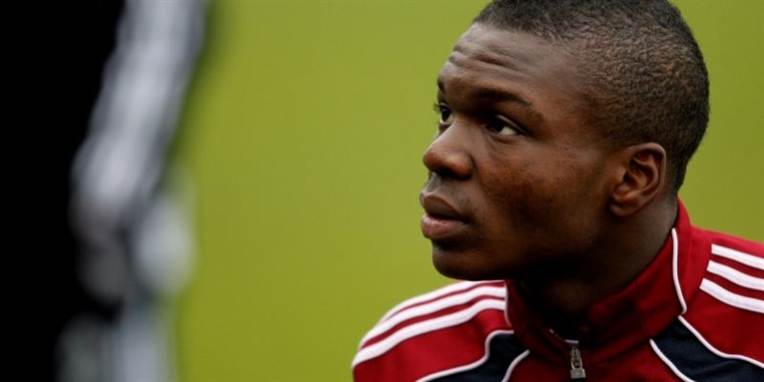 The other signing was youngster Jores Okore from Sunderland for a fee of £3,000,000. He has said that he looks forward to working alongside the experienced Lucas Niell, and hopes he can learn a lot from him. He hopes to be in the starting XI in the next few years, and is confident with Bullard's approach of building for the future.

Fulham FC are set to face Liverpool in the Capital One Cup final after beating Stoke city 6-1 over 2 legs in the Semi-Finals. Bullard is delighted with how his team have performed and says that his squad deserve to be where they are. Fulham Newcomer Wes Hoolahan has publicly thanked Bullard for what he has done for him and the club, and how happy he is to be a part of this legendary squad.