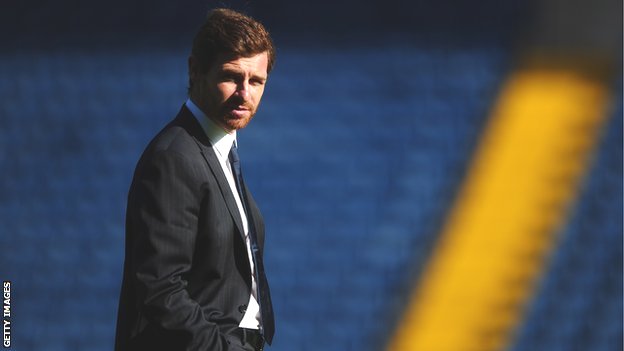 The Portuguese wants to pursue other interests

Villas-Boas said: “My passion for football makes me live it very intensively over 11 months and dedicate myself to that, but I think life allows you to enjoy other things.”

“I have been in football since age 21 and frankly, I am drained. I am not Alex Ferguson or Arsene Wenger and I cannot coach for 20-25 years.”

The former Porto boss wants to venture into racing, with his sights set on competing in the Dakar Rally.

“To compete in the Dakar Rally is a lifetime ambition for me and is something I know I have to do. It went from a passion to an obligation, a destination of life, but I could only do it if I left football. So that’s why I have decided to retire.”

Villas-Boas won a treble with Porto, lifting the Portuguese title, the ¬domestic cup and the Europa League, before arriving in England to manage Chelsea and Spurs.

“I am proud of my career.” he stated. “I have played good football with the teams that I have managed and it is this recognition that fulfills me.”

Spurs chairman Daniel Levy spoke to the press after Villas-Boas’ announcement.
“It’s a shame that Andre has decided to retire because he is the best young manager in world football. It’s been a pleasure to work with him and Tottenham would like to wish him the best of luck for his future.”

But Levy insisted that Tottenham will not be affected by Villas-Boas’ retirement.
“We will begin the search for our new manager immediately. Our plans for next season will not be changed and we want to accomplish the targets we set for ourselves and that will not change – with or without Andre.”

So far, the managerial shortlist is pretty short, with Marcelo Lippi – who recently quit Chinese club Guangzhou – joining Benfica boss Jorge Jesus, Argentine Marcelo Bielsa and Swansea manager Michael Laudrup as the handful of potential managers. However, Spurs still have time to choose before the next season, and the shortlist is certain to become larger.
Login to Quote

Nathaniel
7 years
AVB never struck me as the rallying type

Verdinho
7 years • Edited
Good Luck! Can't wait to see how you do at this team who has a chicken for their logo.

I have a feeling I know who it is though

Stivo12
7 years
Does your profile pic give it away here??
Login to Quote

Arvind
7 years
@Nathaniel irl AVB said he would quit football in 5-10 years to compete in the Dakar Rally.

@Paddy/Kiddy Thanks, I think I may need it. xD

Good luck managing the best team of all time

Arvind
7 years
Jamie adjusted his tie while walking down the stairs.

“Louise – you ready to leave?” he yelled.

He walked into the living room to find his wife on the phone.

“Mhm…mhm…thank you for the call, I’ll make sure to inform him. Have a good day!” she told the person on the other end of the call before hanging up.

“Who was that?” questioned Jamie as he brushed the dust off his suit.

“He said he would like to meet you at White Hart Lane in an hour.”

“No idea, but whatever it is, it seems to be important.”

“You being there will have no impact on Harry’s surgery. It’s only a minor operation, and we’ll all be there to support him anyway.” Louise insisted.

“Go.” she ordered. “I’ll take Charley and Beau to the hospital to wish Harry good luck. Go meet Mr. Levy, you can be at the hospital once your father is out of the operating room.”

After being chased out of his parents’ house with a broom, Jamie Redknapp drove away in his SUV towards North London and White Hart Lane. “What the hell could Levy want?” he pondered. “Only one way to find out.” he told himself as he pushed down on the accelerator and sped off along the highway.

About forty minutes later, Jamie had parked his car and after several security checks, he pushed open the double doors and walked into the narrow hallway that was supposed to lead into the Levy’s office. The spotless white walls displayed portraits of various Tottenham Hotspur legends on either side. At the end of the hallway was a desk in front of a door with a sign that read “Daniel Levy – Chairman”.

“Good afternoon!” greeted the cheery blonde secretary. She wore a thin, bright yellow top that was tucked into her black skirt. The badge on her chest that was supposed to read ‘secretary’ was pinned upside down. “Your name, please?” she requested.

“Ah, let me just check if Mr Levy has scheduled a meeting.”

As she struggled with the computer’s mouse, Jamie couldn’t help but stare down at her chest. “Levy must be using her for something else. It’s such a shame that I’m married.” he joked to himself.

“There it is!” she exclaimed, obviously proud of her accomplishment of opening a Word file on her desktop. “Yes, there is a meeting scheduled with a Mr. Redknapp in another fifteen minutes. Please wait in the room, the chairman will be here shortly.

He entered the room and nervously paced about, with his eyes fixed on the clock above the door. After ten minutes that seemed like eternity, a bald man with glasses walked in. “Yes, Heather, I know. Yes. Thank you.” he told the secretary as he slammed the door shut.

“So, Harry.” he said, turning around. A puzzled look appeared on his face. “Jamie Redknapp? What are you doing here? I was expecting your father.”

“My wife told me that you wanted to meet me.”

Levy covered his face with his hands. “I called his house and said I wanted to talk to Mr Redknapp. I want your father back as manager.”

“I was at dad’s house at the time. He’s having hip surgery right now. And for the record, I don’t really think he likes you anymore. He won’t come back to Tottenham.”

“Where am I supposed to go for a new manager now?” he muttered.

“What about me?” asked Jamie.
Login to Quote

Thats confusing, because he's not managing Arsenal
1
Login to Quote

a_esbech
7 years
COME ON YOU SPURS!
Login to Quote