Having sacked Alan Pardew yesterday afternoon, Newcastle United chairman Mike Ashley has appointed former Newcastle manager and player Alan Shearer. The ex-England striker, 42, played for Newcastle, Southampton and Blackburn during his career, making a total of 559 club appearances for the three sides. He came back to manage Newcastle in 2009 but they were relegated and he was not offered a permanent contract. However, he has been doing a lot of coaching courses and has said that he is 'thrilled' and 'honored' to have been given another chance with the club he loves. He will be hoping that he can perform much better in his role during his second spell as manager of Newcastle. One of the first things he will have to deal with is the ongoing feud between Senegalese striker Papiss Cisse who is currently refusing to wear the club shirt whilst it has payday loan company 'Wonga' as its sponsor, due to his religious beliefs as a Muslim. 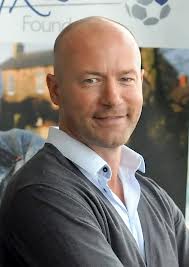 Shearer has declared himself 'thrilled' and 'honored' to be back at the club. 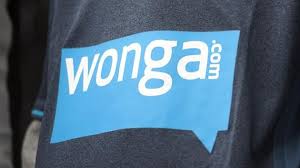 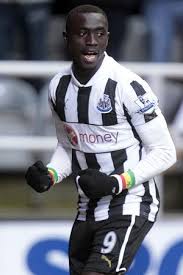 His first task will be to sort out the ongoing dispute between Papiss Cisse and the club over the new shirt sponsor 'Wonga'.
1

LFC
8 years
I know Cisse has since agreed to wear the shirt. Sorry guys

LFC
8 years
Thanks
Login to Quote

Last month, it was announced that Newcastle had reappointed club legend Alan Shearer as manager. With just six days until Newcastle's Premier League campaign kicks off away at Chelsea, we take a look at what the pre-season friendlies had in store for Newcastle and Shearer. We will also give you a taster of our new monthly awards. 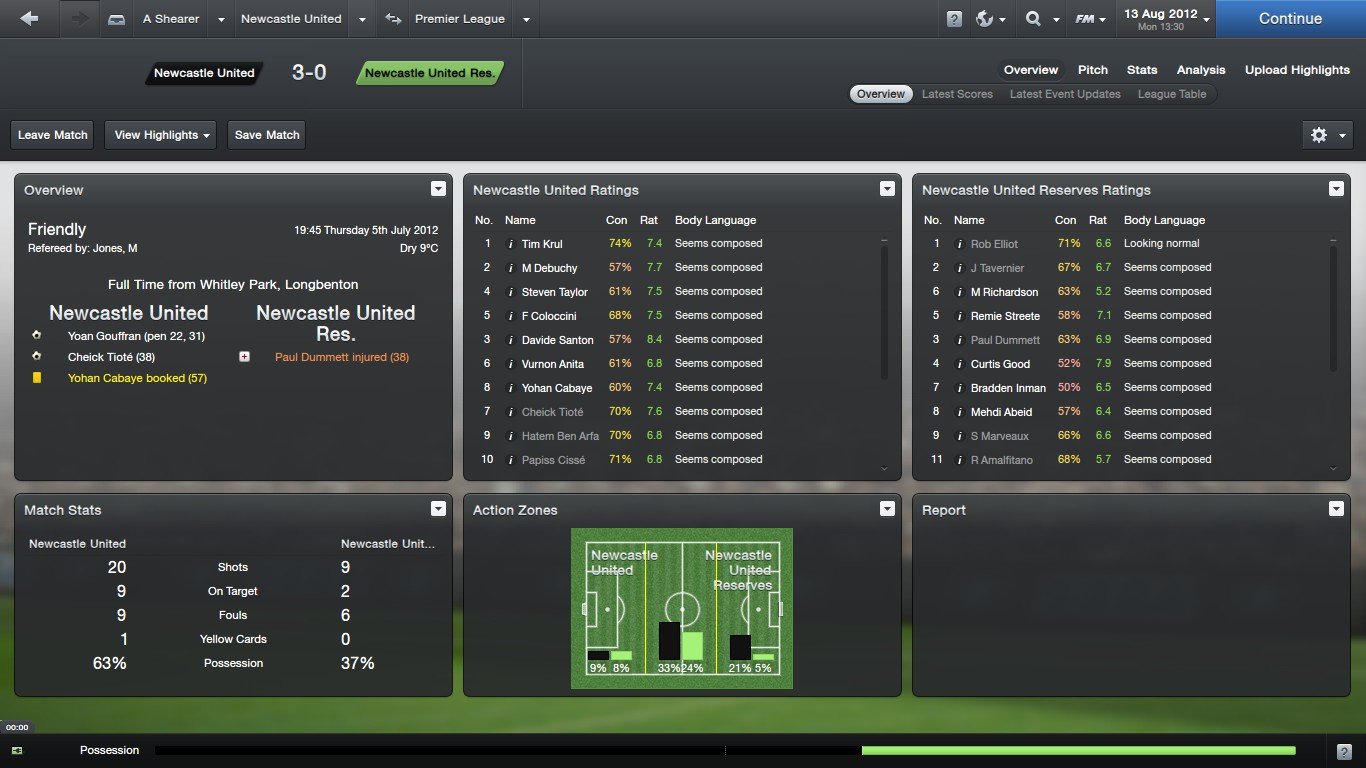 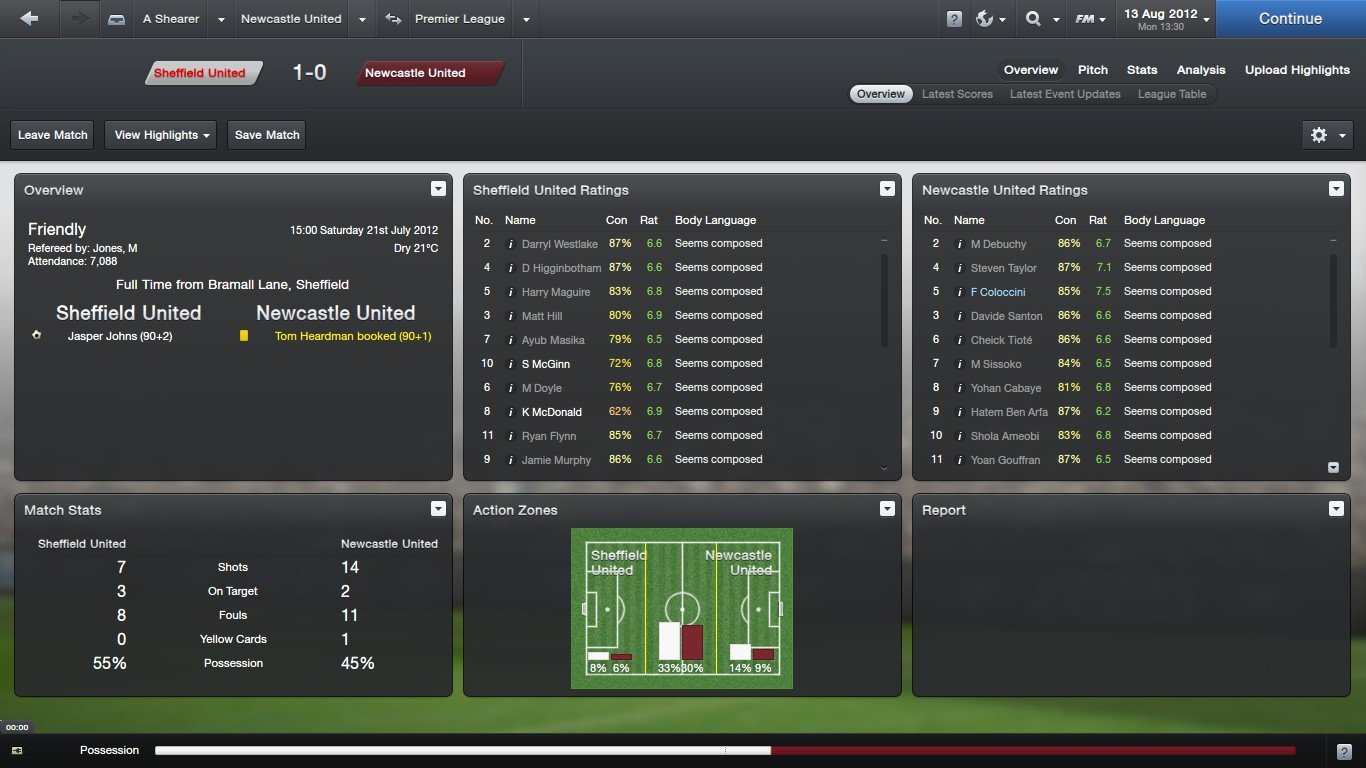 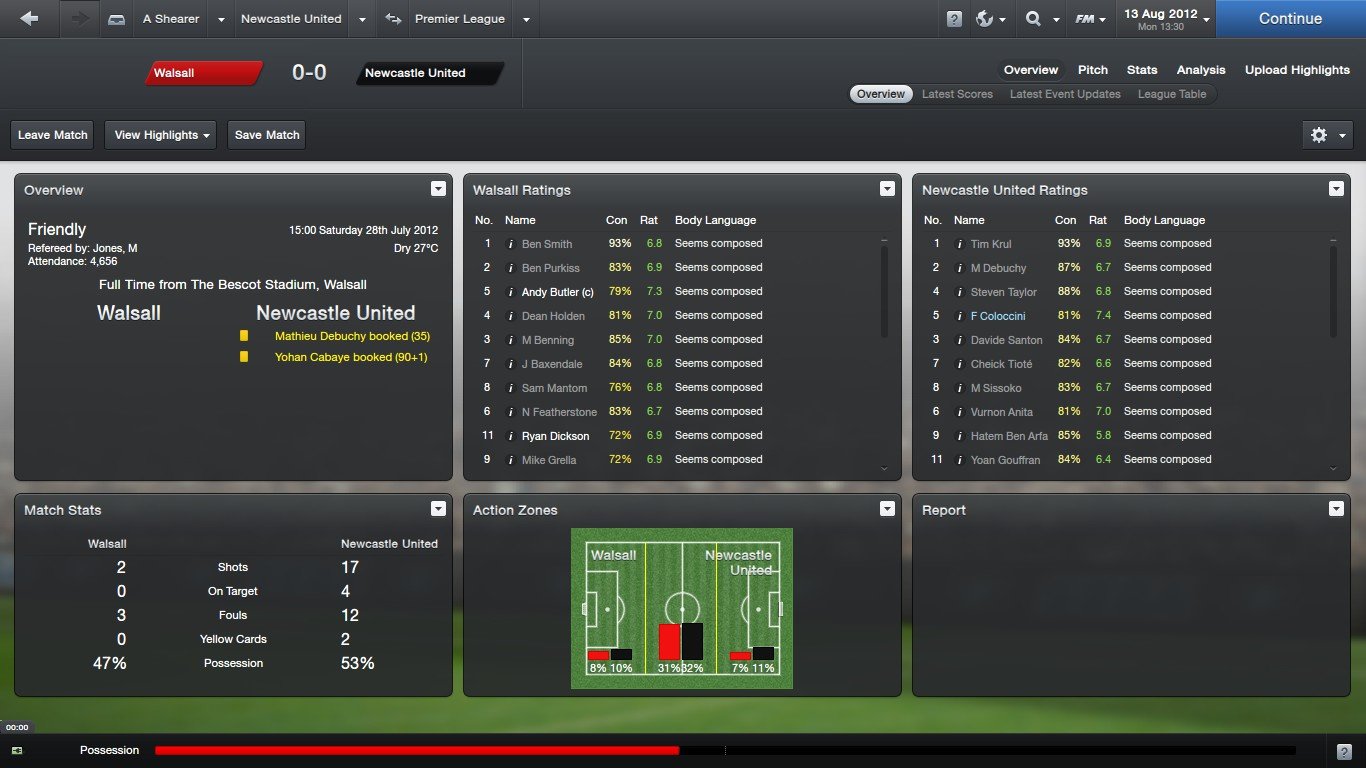 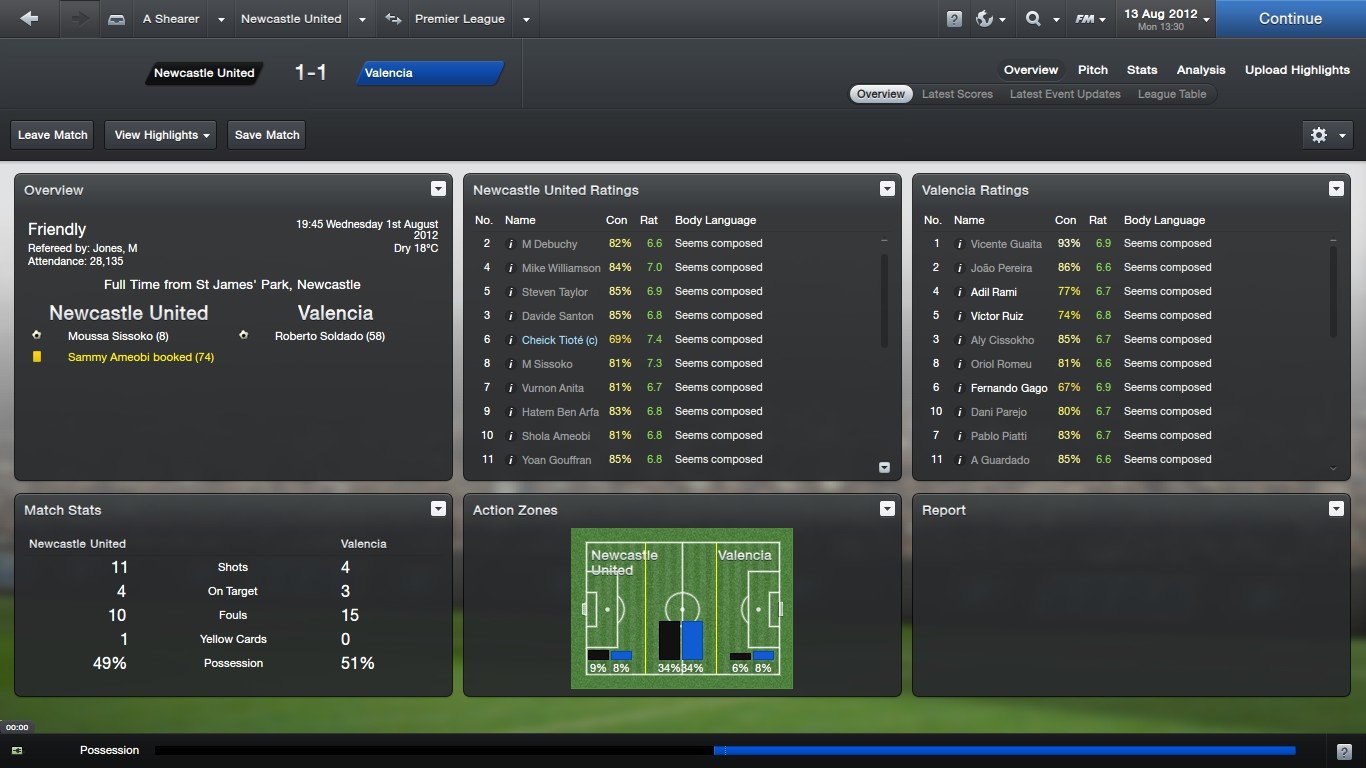 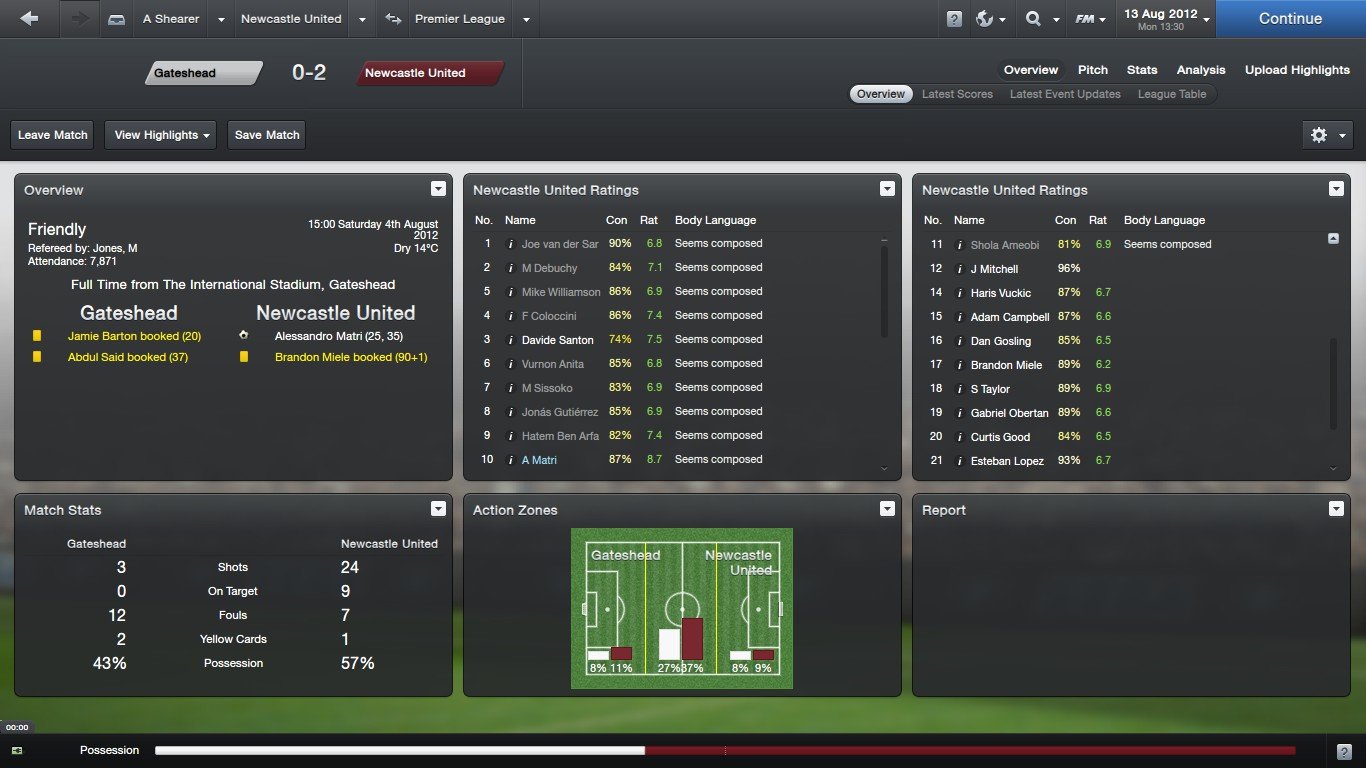 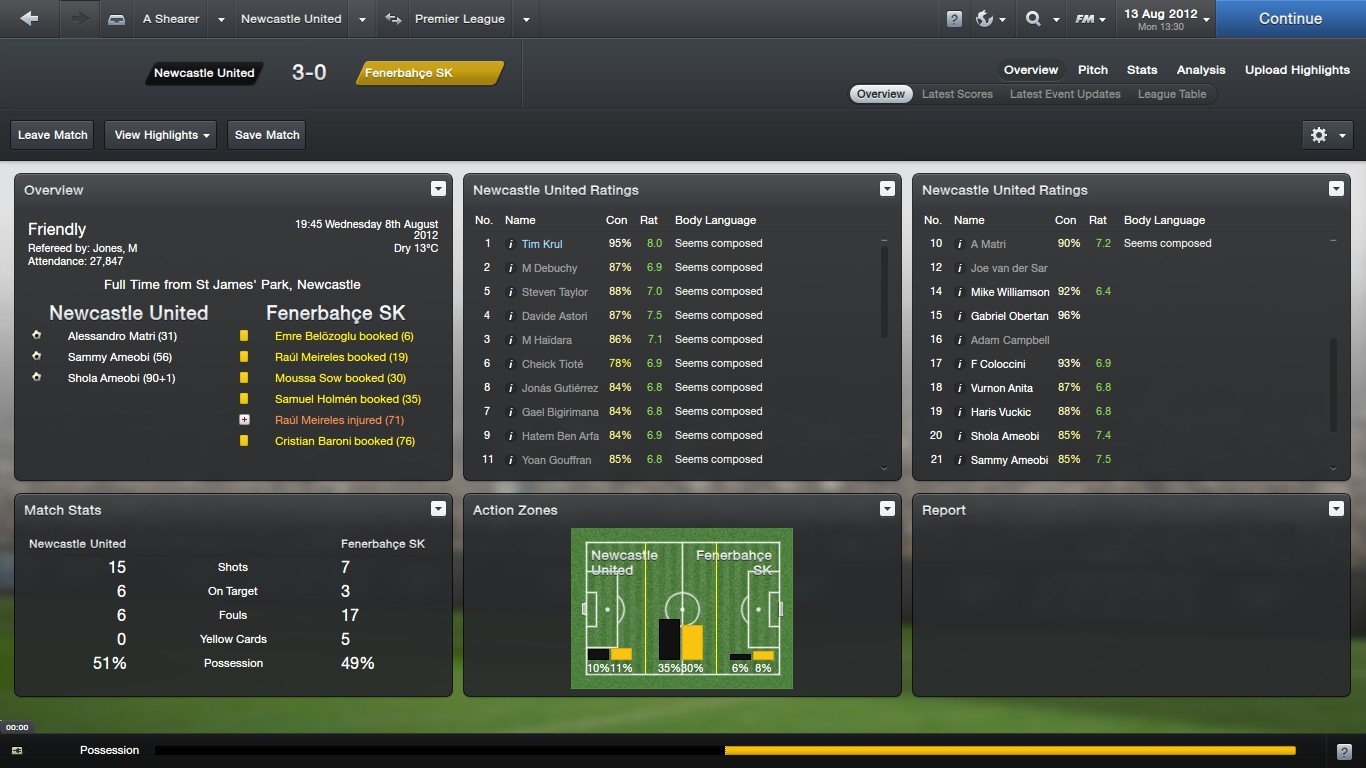 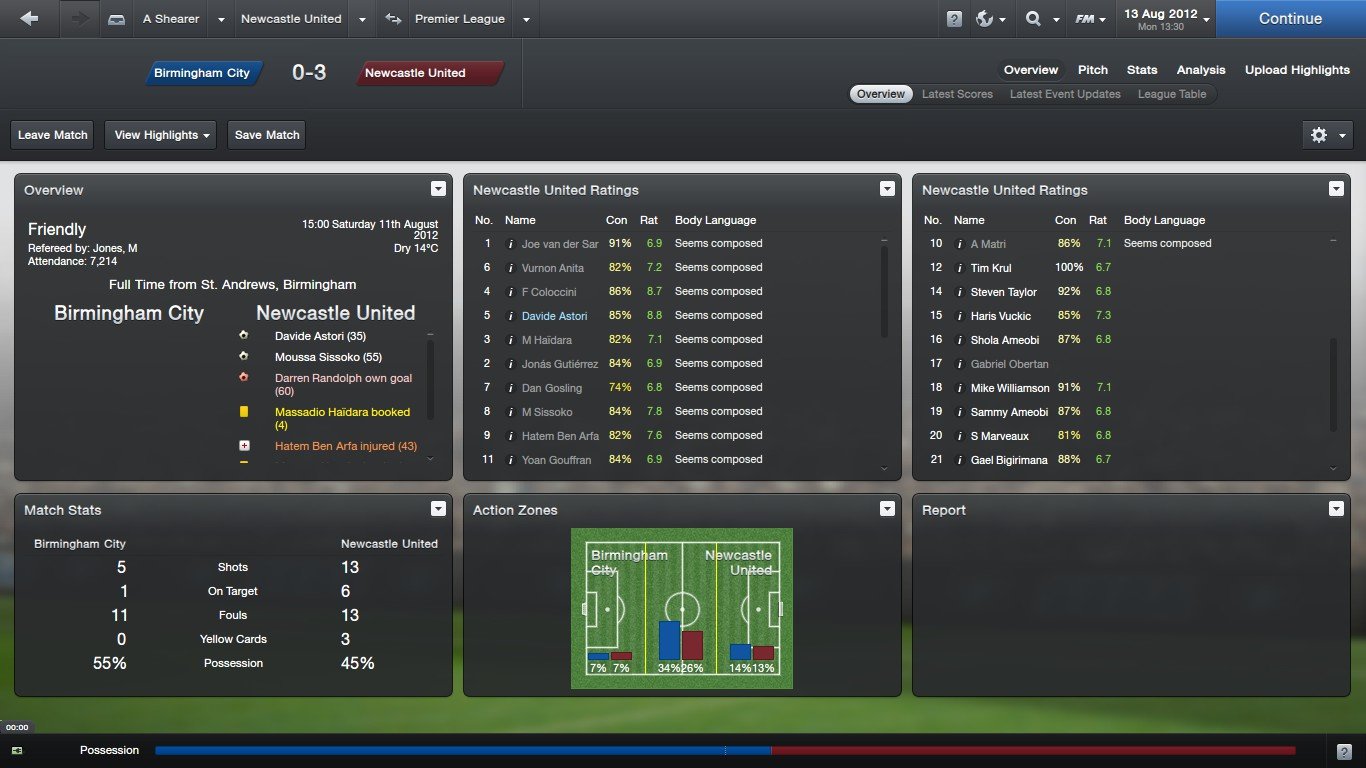 Some pleasing results for the team there. They will be especially delighted with their comfortable win over Turkish side Fenerbahçe. Now onto the pre-season award for Player Of The Pre-season. The award goes to Frenchman Yoan Gouffran, who scored twice but played consistently in every match, making some great opportunities for his teammates. 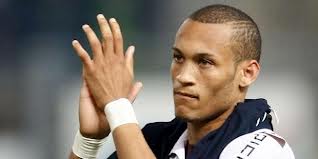 Congratulations to Yoan and to Newcastle. They will hope that they can perform like this in the league if they are going to challenge for a spot in the Europa League. Join us next month when we'll give you the August results and awards.
Login to Quote

I left those two to my assistant

Seni
8 years
Nice pre-season update, just try increase the amount of text in your updates, an excess of pictures and not too much text can be overwhelming to read


It was a busy transfer window for Newcastle United, as new manager Alan Shearer brought a total of 5 players for a combined fee of £36.5 million. Two players left St James's Park for French clubs, bringing in a combined fee of £39.25 million. Our new football columnist and ex-Newcastle and Australia striker will give his overview on the transfer business that has been going on at Newcastle, starting with the departures. 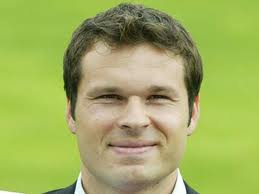 The retired striker played 38 times for the club, scoring on 7 occasions.

Yohan Cabaye, 26, left Newcastle for French side PSG for a huge £23 million. Viduka: The player was great for Newcastle but for the massive fee involved, I think Alan had to sell.
Rating: 8/10


Papiss Cisse, 28, left for French side AS Monaco, after he could not reach an agreement with chairman Mike Ashley over the new shirt sponsor 'Wonga', a payday loan company, which clashed with Cisse's religious beliefs as a Muslim. He was sold for £16.25 million. 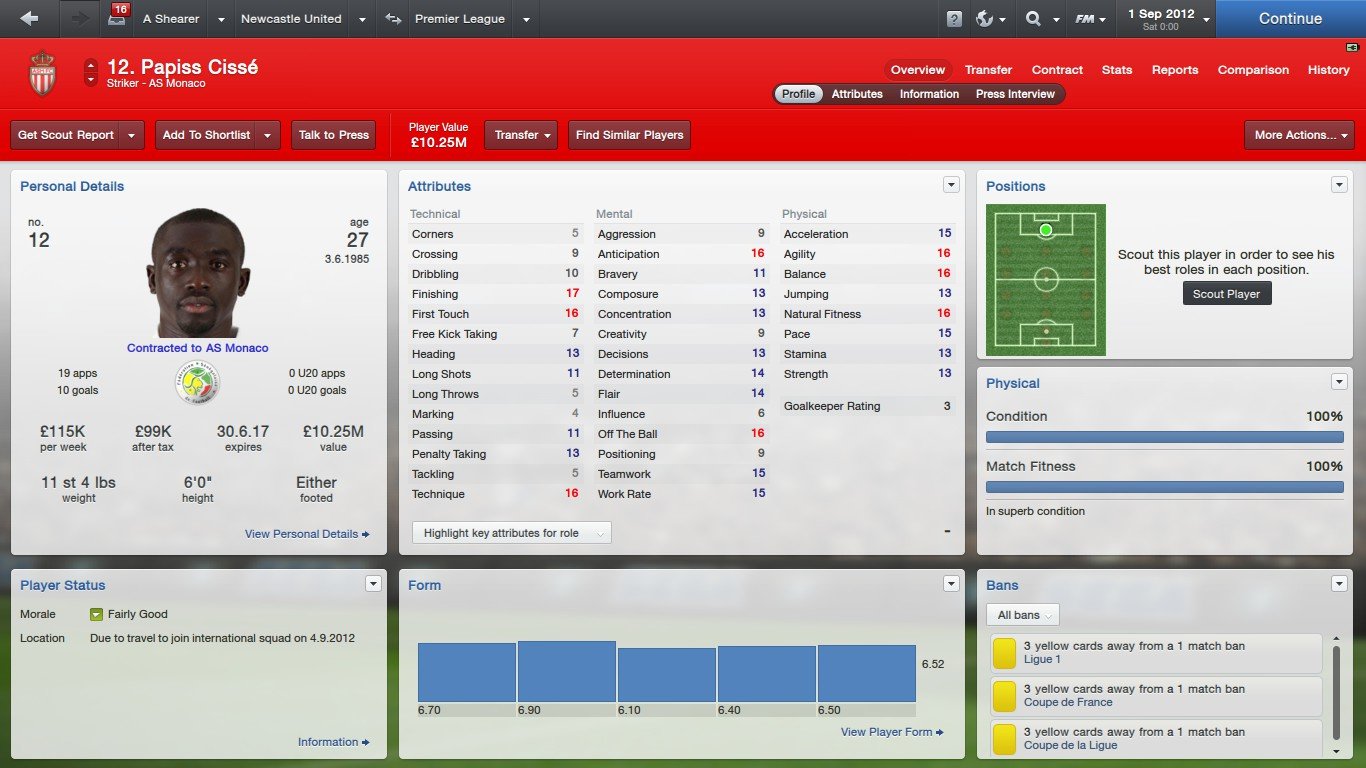 Viduka: He had a good season for Newcastle last year but with the ongoing feud over the sponsor, I think Alan did the right thing by selling as some of the players were pressuring him into doing something and the morale was being affected. Decent fee for the player too.
Rating: 7/10 Viduka: With the guidance of his father, ex-Manchester United and Holland goalkeeper Edwin van der Sar, 14 year old Joe van der Sar has already been touted as a future star. The 'wonderkid' looks to have a great future in football so well done to Alan for snapping him up for free.
Rating: 8/10

Italian striker Alessandro Matri, 28, cost Newcastle £7.75 million from Juventus. He has been capped 6 times for Italy, scoring once. 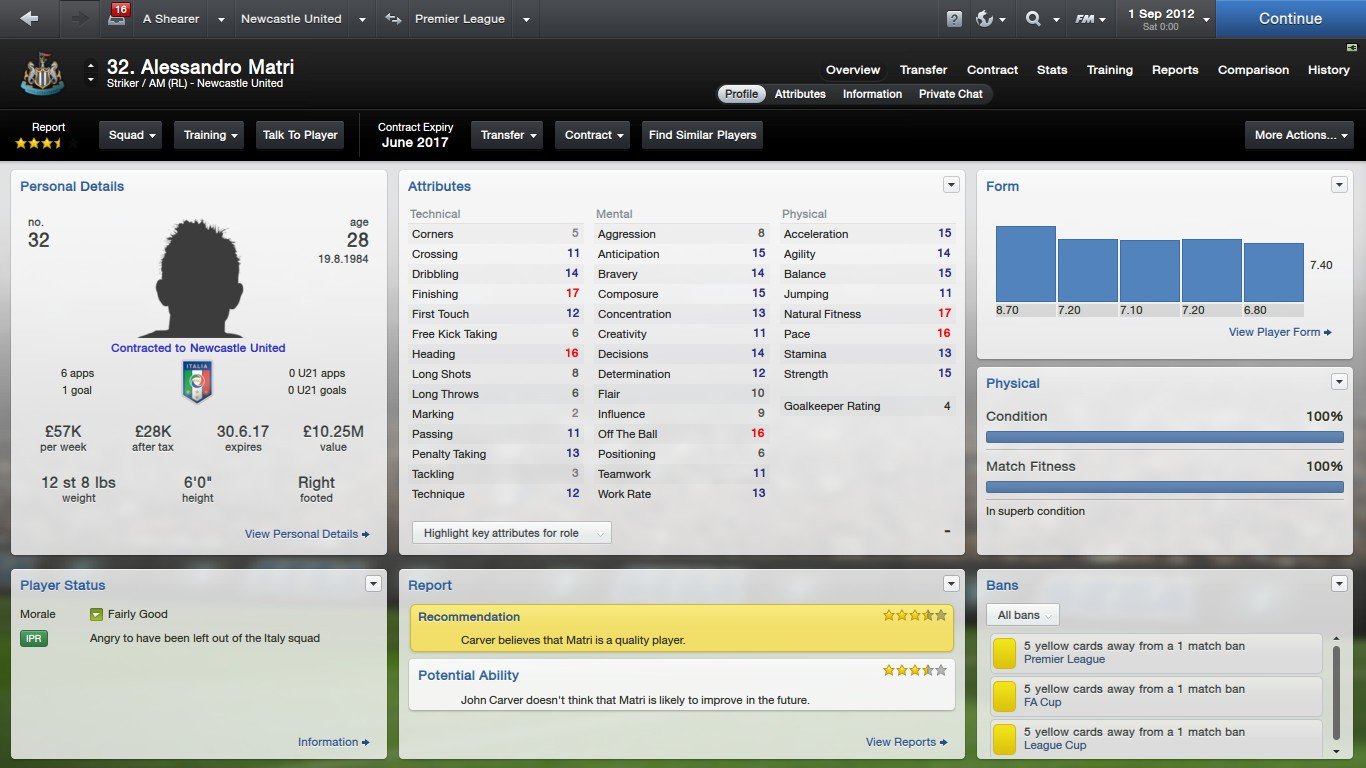 Viduka: I think this is a great buy for the club as a replacement for Cisse and I've seen Matri play at Juventus over the past two seasons and he has done well for the Italian giants. £7.75 million is a bargain.
Rating: 8/10

Argentinian winger, Nicolás Gaitán, 24, was bought by Newcastle for £8 million from Benfica. He has been capped 6 times by Argentina, a squad which contains the likes of Lionel Messi and Sergio Agüero. 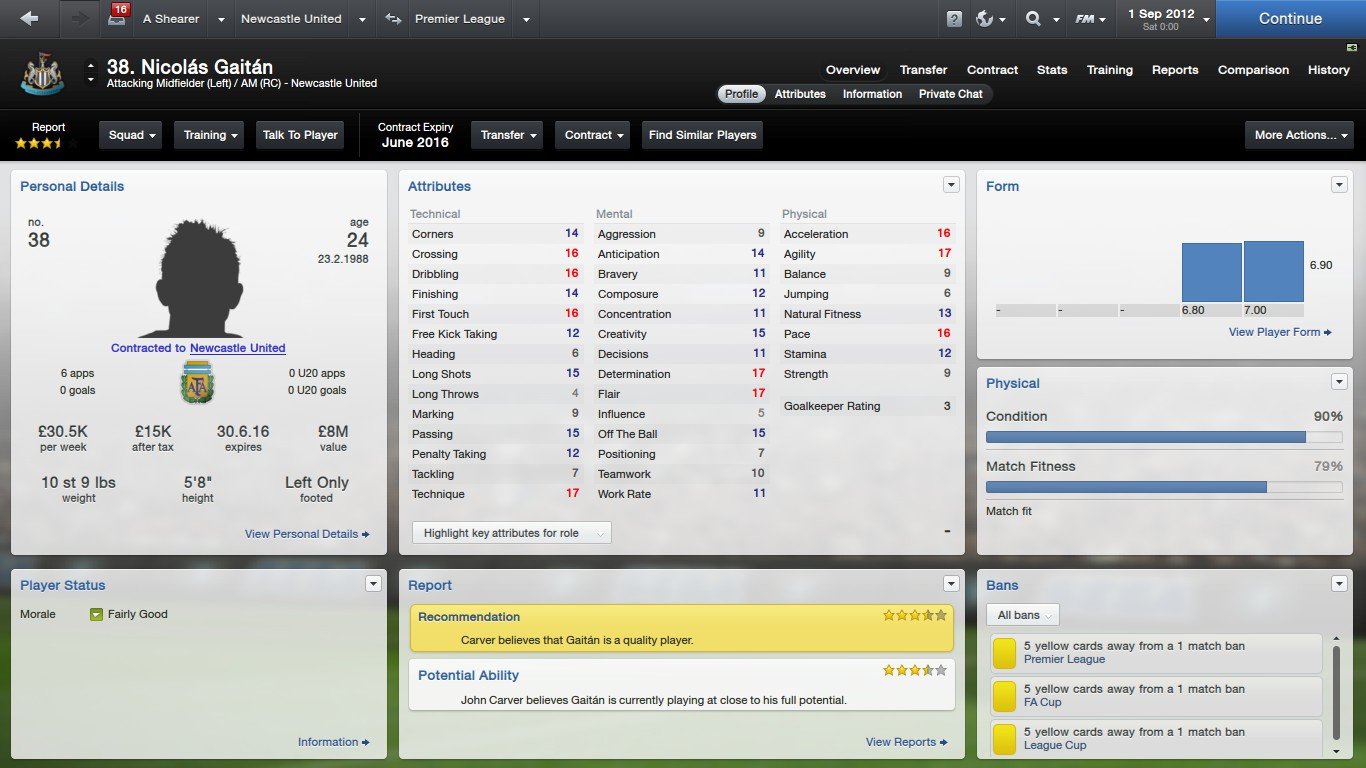 Viduka: He looks like he could be a good buy for Shearer but I'm not sure whether he will fit in to Newcastle's style of play, as they currently play with a formation that doesn't allow space for wingers. However, Shearer may look to change this so that it accommodates him, or he may use him as a backup to Hatem Ben Arfa in the attacking midfielder role.
Rating: 7/10 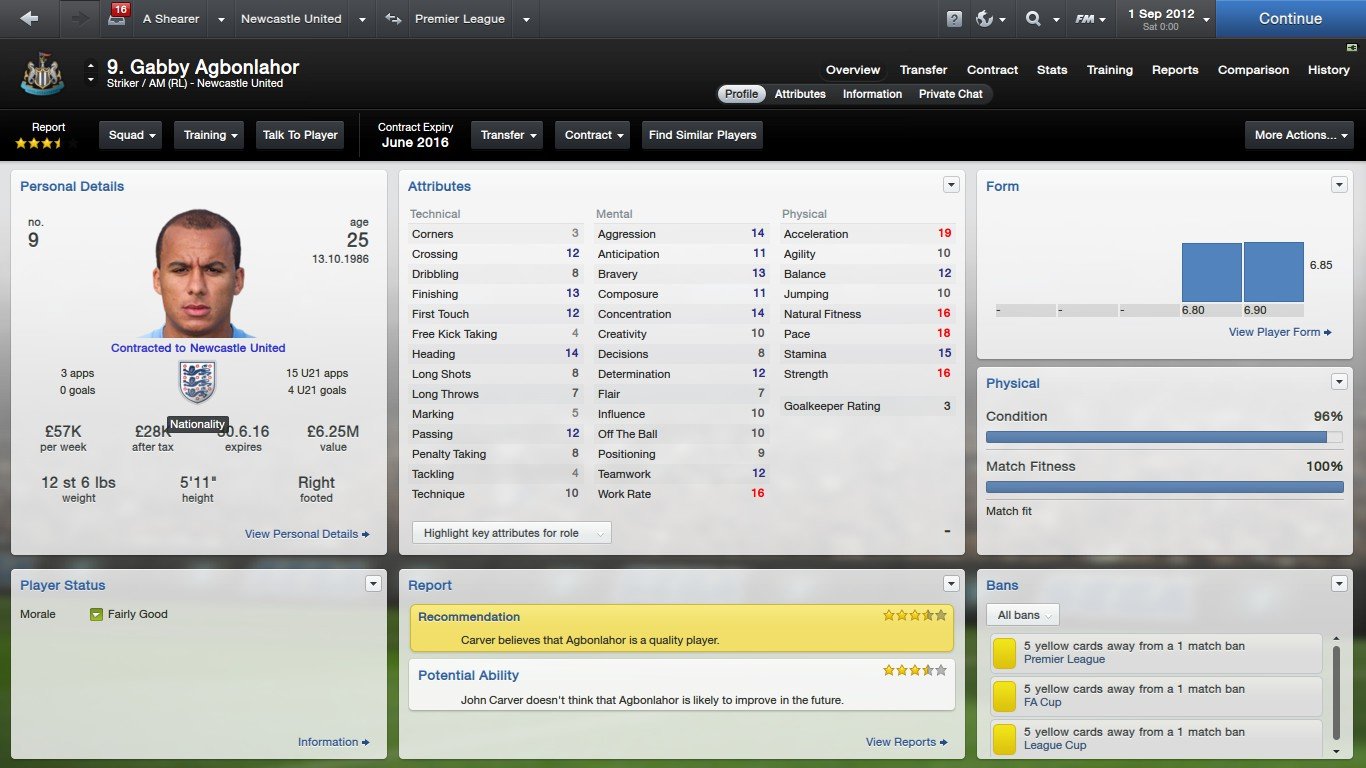 Viduka: I've watched Agbonlahor over the years at Villa and I think he'll be a good addition to the squad and with a possible strike partnership of Matri and Agbonlahor, Newcastle could score a few. Good buy.
Rating: 8/10

Finally, Italian center back, Davide Astori, 25, will join up with fellow Italians Davide Santon and Alessandro Matri, after joining Newcastle for £12.25 million from Italian side Cagliari. He has won 2 caps for Italy. 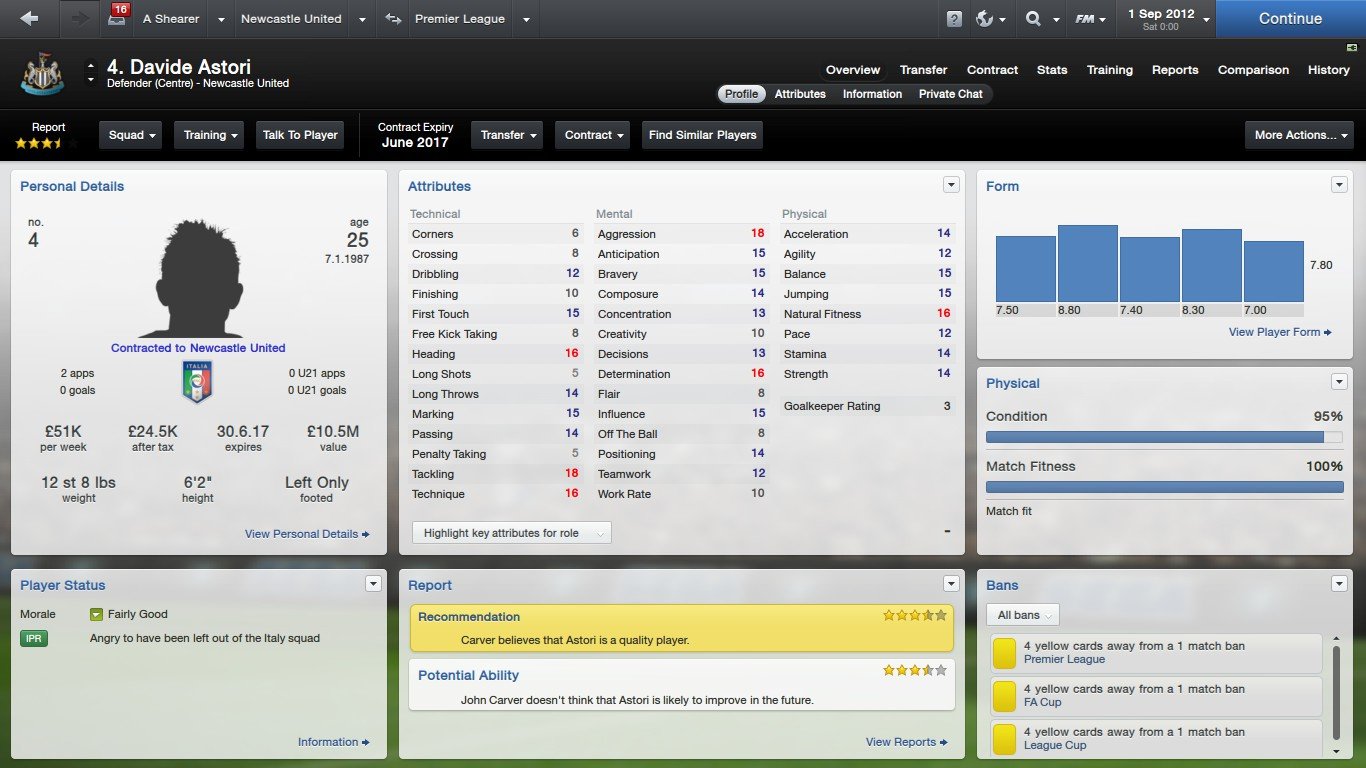 Viduka: I think he will become a great player for Newcastle and with Santon and Matri in the squad, he will have plenty of people to help him along at the club.
Rating: 9/10


Viduka: Join me during the January transfer window for more transfer reviews in 'Viduka's View'. Until then, goodbye.
Login to Quote

wellsy1498
8 years
Some good signings but it is a shame to see Cisse and Cabaye go.
Login to Quote