Good luck, its great so far 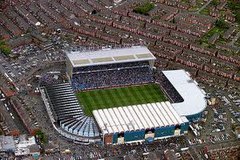 Manchester City have been told that they have to leave the Ethiad Stadium at the end of the season on the 30th of June. A meeting with the council has agreed to build another stadium. It will be exactly the same as Maine Road. It will have a capacity of 35,000 with room for expansion.

The idea was agreed with the council and Manchester residents to rebuild on the same site as the old stadium Maine Road. It will be the exact same except with small differences around. The City board have stated they don't want to recreate Maine Road even though it's on the same site as it was. They hope to get it built up for the 1st of July next year when they will move in and have their first friendly there against a local team of their choice.

City board have stated: "We're happy to have agreed to re-build on the Maine Road site again and of course we thank the council for the funding or rebuilding what was once a great stadium. Now we must enjoy our last year at the Ethiad but most of all succeed!"

A fan told us "I look forward to moving there as it was believed to have the best atmosphere in a football stadium and named the Wembley of the North. But I just want to concentrate on sorting out this mess we're in!"
Login to Quote

Found it on the editor database cause I was changing the funds. I came across and researched it and I found out it was City's old one so I thought why not! Thanks for the comment!
Login to Quote

The Grape
7 years
Liking the stadium move, it's little details and changes like that which can make stories 10 times more interesting and engaging. Looking forward to future posts:)
Login to Quote


Thanks for the comment. Btw, the games start soon!

As seen in the picture above, Manchester City's financial state is improving due to money coming in from numerous sponsors, as seen above, earlier this week a spokesman talked about how it is much better an that we can now deny offers for players but City's financial experts have estimated that we are still 3 million in debt and a projected amount for the end of the season is for the debt to increase rapidly.

Another statement today said "Yes, although the funds are improved we still don't have money, and until we get enough money, our manager is not having a transfer budget and is still needing to sell the clubs best six players. A takeover is in the talks but that could take a long time and selling the players is the quick solution to funds in fast!"

City duo depart for the Bridge 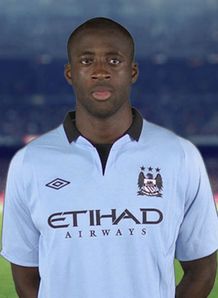 Following six players handing in transfer requests, two of them have completed move to Stamford Bridge. Those being striker Sergio Aguero and midfielder Yaya Toure. The combined fee for the two of them was 47.5m. Aguero being 26.5m and Toure being 21m.

Aguero stated: "With the situation the club was in I knew straight away that I couldn't remain at that club for another season. I have enjoyed my time at the club but as they say, all good things must come to an end. But I do wish City the best for the future and I hope that I can help my new club!"

Toure told us "It was a tough decision but I knew that now is the time to leave and I know that the club need to money to dort out their current situation. I do feel distraught knowing I won't play for the club again but I have to look towards the future and my new step in my career at Chelsea Football Club"

Redknapp told Sky Sports: "Replacements for both of them have been approached, one we are waiting on a response from the club based on our offer and the other has just entered contract talks with us. They will both be at the club for the Community Shield however they could be injured or on international duty so we'll wait and see!"
Login to Quote

JasonRM
7 years
Ouch, those are 2 big losses. I'm confident that you'll make do without them though. Good Luck!

Nathaniel
7 years
Nice Updates, Yaya Toure is a NoNo! You should never sell that tank!
Login to Quote

Yet another transfer-listed player has departed the Ethiad on a deal worth 18m. That being all rounded midfielder Samir Nasri. Nasri joined the Blues from Arsenal in 2011 for 25m. He was transfer-listed following a personal request after the club entered administration.

Villa Boas said "I am suprised that I managed to pull this signing off myself. Them transfer listing him was suprising and I'd never do it. But when you're in their situation you have to make sacrifices and I understand that!"

Redknapp told us: "Yes, he will be a loss for us as he does have great quality on the field but we can't keep looking at the past; we need to move on and look towards the future of the club because this squad will have to be rebuilt cause of the money issues!"

Nasri stated "I was sad to leave the club when they were in such a difficult position that they were forced to, I wish them best for the future and I hope I do well for Spurs in this new stage of my career!"
Login to Quote 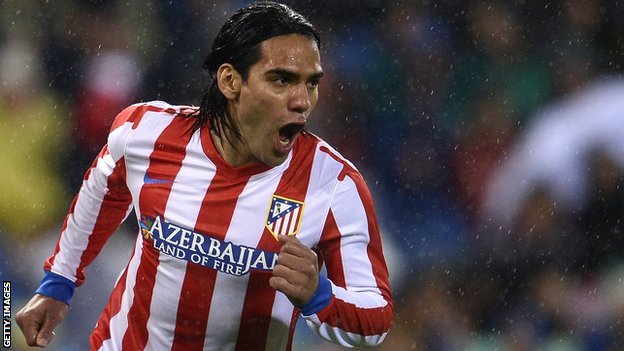 In a press conference earlier today, Jamie Redknapp said that he wants to spend the money made from Nasri, Toure and Aguero on Athletico Madrid striker Falcao. Falcao has a release clause in his contract worth 52m which Redknapp would have to sactivate to get him but it could backfire on him and cause the club to make debt come back worse.

Redknapp spoke to BBC Sport saying: "Falcao has such great quality in not only his finishing but also his ball control and skill on the ball. He would be the perfect replacement for Aguero because he is such a clinical finisher which could really help us!"

When Falcao was asked about this, he told a TV company in Spain: "I would love to move to Manchester City because it is such an iconic team some quality players. Yes, they may be near to re entering administration. I don't really want to say much more about the move or the club and manager until a formal bid has been made from the club!"

City fans have announced their excitement by posting on an online forum made for City fans saying that a move for the multi-million pound striker could really help the club avoid relegation consider the twenty points which have been deducted by the FA.

Despite this, Athletico Madrid fans think that if he agreed to move it would be an absolute disgrace and that it would show such disrespect towards not only the club but also the board and the club's fans which isn't fair on those who pay to watch him!
Login to Quote