Seni
7 years
Thanks a bunch guys!
Login to Quote

I rejected Madrid and PSG to stay at Arsenal 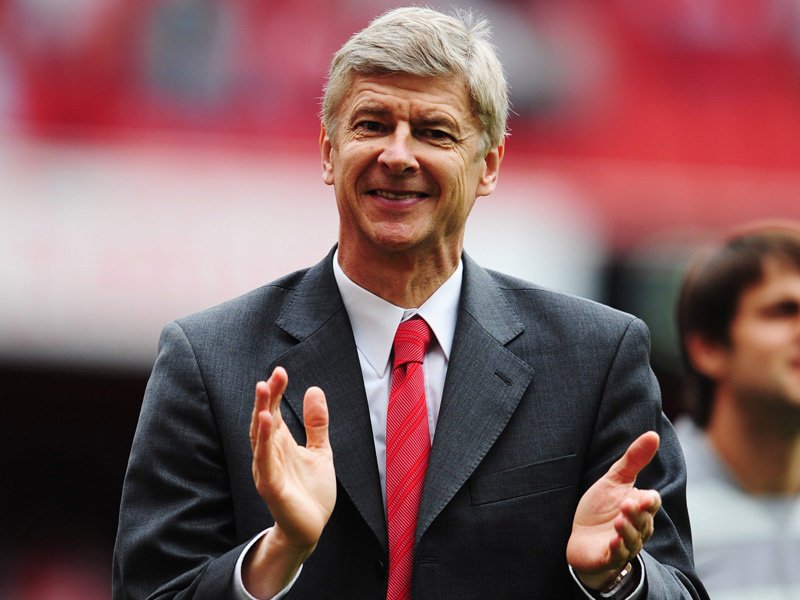 Over the past 17 years or so, many have questioned my love for Arsenal football club, which I believe is an absurd thing to do. I believe my love for the club is clearly evident. I spent 17 years at the club, I stuck with the team during the highs and the lows. When the fans chanted for me to go, I ignored them and tried to help the club. Everyday, till date, I've worked very hard for the benefit of the club.

Now many people wonder why I didn't walk out on Arsenal, especially with the horrific trophy drought. I don't blame them for asking as I know many managers would have done so after the second year mainly. My answer to that question is, can a baby be easily separated from its mother? Can the Earth easily lose its pull to the sun. Can a human easily beat gravities pull, on the Earth? The answer to all those questions is no. My mind told me everyday, "Arséne, you're wasting your time, you can leave, get a better job with more money and still leave with your head held high". I thank GOD I didn't do this. I tried my best to solve the mess I created, I failed but I failed proudly.

During my time at Arsenal, as the manager of course, there were various temptations which if I had given into them, I wouldn't be in London today. I can confirm that PSG and Real Madrid offered me contracts just after I retired but I turned them down to become the director of football here. I just can't see any other team that would truly be in my heart but Arsenal. PSG and Madrid are great clubs, clubs I would love to manage but I think I've already managed one of the best and I'm satisfied.

I'm relishing my role as the director of football here. Its a new role to me, but a role I love, I think a bit more than being the manager! As the manager you have certain limitations but this role fits me perfectly. The main reason I'm glad I took this role is because I still get to be a part of Arsenal Football Club. I can still lead them to success from this role with signings etc. Working with Dragan, a young exciting player is very nice. Especially when you consider the history the two of us had. If I had my way and he was still a player, and I was still manager of the club, maybe I would have purchased him.

This season, we are looking very strong. The new signings have gelled. We recently confirmed the signing of Ross Barkley a player with lots of quality and potential, so I think we are on the right track. I'm proud to say that I played a big role in that transfer. Before I left as the manager, I told the board of my interest in Barkley and Dragan did the rest.

Arsenal Football Club are moving forward, so I am a happy one, you could call me the happy one, but I wouldn't want to upset José!

There's only one Arséne Wenger!
Login to Quote

Thanks Jeremy !
Login to Quote

Maybe one day I will manage Arsenal! 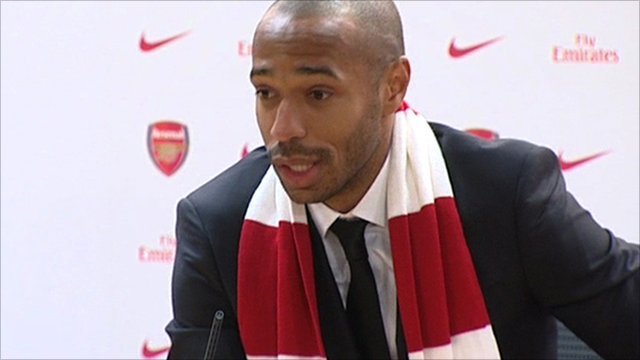 Arsenal fans will be dreaming and anxiously waiting for the day a certain Frenchman decides to take over, as in a press conference at the Emirates, Thierry Henry stated that one day he would like to manage Arsenal Football Club and lead them to glory. However, this is not likely to happen in the near future but it definitely shouldn't be ruled out.

Speaking to journalists about his time at Arsenal Henry said:

"Arsenal is home. No other team can fight for a place in my heart. I've played for many teams, had success with a few, but what I found with Arsenal is indescribable. I wish I was about 10 years younger so I could do it all over again and do more for the club. Despite being the clubs record goalscorer, till today I still feel that I could have done more. I would like to do more in the future as a player, but that is very unlikely unless I join the club on loan but that is not my decision but the club's. "

When asked about retirement and his future in the game, Henry answered:

"Well I'm a grandpa now so I've got one eye on retiring, but if I could, I would play forever! Once I finally retire I definitely want to stay in the game, maybe I will be a coach or a manager.

I had a wonderful dream about myself as a manager the other night. I started off at Arsenal shortly after taking over from Mr.Wenger. The fans were wild and ecstatic and so was I. I was finally back in London and back home. Many of the fans were so overwhelmed that they forgot that I had very little experience in managing. In our first season we won 3 or 4 trophies, I can't remember but it was the second season that I remember the most.

In the second season, I had some issues with the board. They were thinking of letting me go now that the club had finally broken the trophy drought. In that season we were on fire, simply unstoppable winning 7 trophies in one season, something that has never been achieved by any club.

Eventually due to some further disagreements I departed from the club and joined Chelsea for a season. When making that decision all I was thinking about is how the fans will react to me joining a rival club. Thankfully, they knew it wasn't my fault that I left and respected my decision. In that season we won trophies before I left for Madrid. Here I made many friends, both staff and players. To finish off my career as a manager, after 7 years or so, I returned to Arsenal FC, in the game that saw me return, I spotted a banner reading "The Return of The King".

Will this happen in real life? Who knows maybe I will.....

ChloeAJLee
7 years
#RespectForHenry your story is breath taking keep up the good work!
Login to Quote

edu1878
7 years
Hmm, Henry as a manager. Could be INTERESTING. Keep up the pure brilliance man, and may many more SOTMs be yours.
Login to Quote

Lool would be very interesting but not gonna happen again! Thanks man, I appreciate it

A mix of the old and new 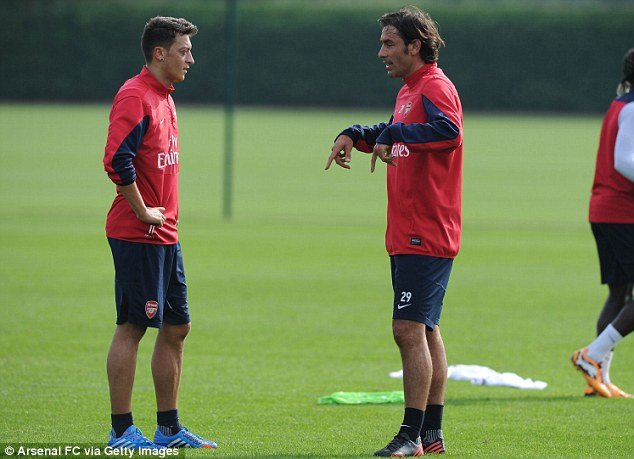 The spirit in the training ground is sky high! I never would have thought that such would happen here at London Colney but I think I no the secret behind it and my staff know too. We're doing very well in all competitions, we're improving as a team, we're looking more and more likely to win a trophy but, that's not the reason why the spirit is so high.

Players such as Robert Pires and Sol Campbell have been in around the training ground for around a week. For the younger players its a huge morale boost and a great learning experience. For a very long time, Pires was one of the best midfielders in the premier league and he has been focusing a lot on the midfield for me. Meanwhile, Sol being a big centre back has been working with Steve on the defence and he has been coaching the youth team. We're hoping that they can teach our current players a few things to help them improve. Will they be part of the coaching staff? I'm not too sure about that, but I don't mind them coming in now and again to help out.

Recently, I was browsing the internet and I was reading my favourite online newspaper, Daily Mail. While reading, I stumbled across Thierry Henry's interview about him and Arsenal. Was I scared that he could possibly take my job? No. However, I was truly inspired by the passion he still shows for the club. Despite still playing for New York Red Bulls and playing across the world, he talks as if he never left Arsenal. I've met him a few times in the training room and he is a intelligent and lovely chap. If I could, I would offer him a job on my coaching staff. Maybe during the MLS break, if possible I can bring him back to Arsenal as a player coach. He can act as cover but teach our strikers and wingers a few things. If he can teach them how to finesse the ball like he did over and over again then I will be extremely happy.

Over the next few months, I'm aiming to bring in more and more legends to come and teach the players a few things. If we have to, we will register a few and throw them on the bench! Thank GOD Frimpong isn't here, I wouldn't want them to have to him talking about DENCH!

Jer
7 years
Hahaha DENCH :P. Hahahaahah! Otherwise, nice update. Would be nice to see Henry as a player/coach at Arsenal

It would be very nice

I don't know what I was thinking! 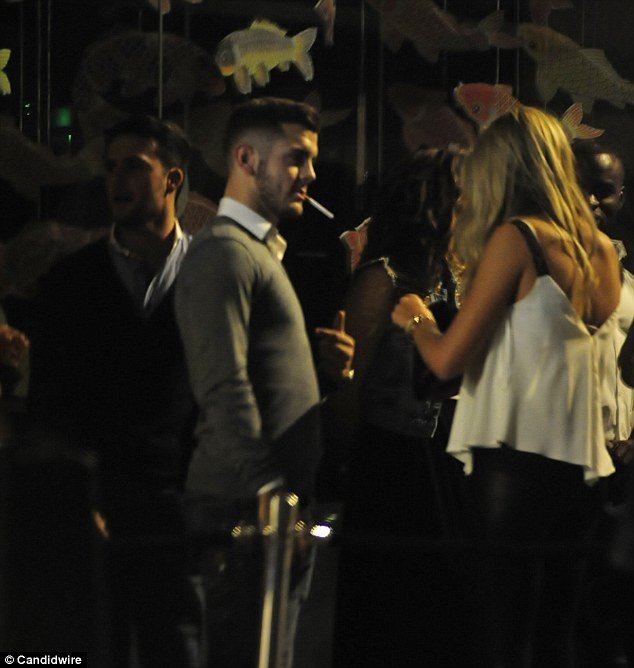 The boss allowed to go out into London and enjoy ourselves, and so this is what most of us did. I went straight into Central London to a nightclub with some friends and teammates, just to relax and have a few drinks. At no point during that night was I drunk. There were some girls around in the club, including the "mystery blonde" who is just a friend of mine.

We were told by the boss to try to stay out of trouble and to make sure we return to our respective homes at a suitable time, so we could get some rest. So because of this, around 12 I left the club and was planning to start making my way home, but this is were the cigarettes come in. I can ensure everyone that I'm not a smoker, this was just a one-off and will be the very last time.

I've spoken to the boss, we've sorted everything out. I apologized to him and admitted I was wrong. He was disappointed but understood the situation and forgave me. I would never want to put the club to shame, I rather die than do that. Its a great honour to play for this club and I must respect my privilege. Right now, I just want to learn from my mistake, forget the past and focus on helping out Arsenal and England if chosen to represent them.