Jer
7 years
Great update Seni, but this isn't a diary, give some transfer rumors, scores!
Login to Quote 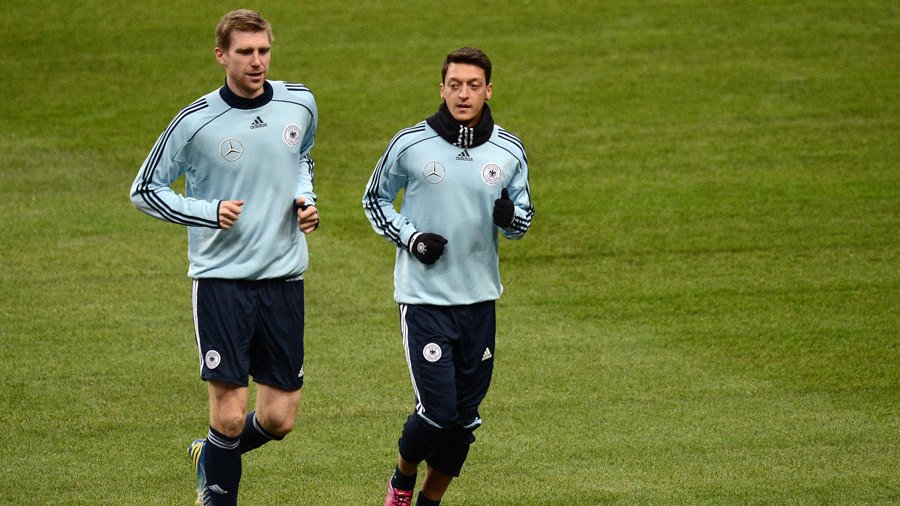 Over the past couple of days, reports have suggested that Arsenal players, Per Mertesacker and Mesut Ozil have become agents for the club ahead of the international break which lasts two weeks. We understand that Arsenal have asked their Germans to help them influence and persuade players such as Marco Reus and Kheidira into joining the North London side.

Arsenal seem to be fond of Germans, as they seem to have built a German core despite stating that they aim to create a British core, which they have already starting doing. Geidon Zelalem, Thomas Eisfield, Serge Gnabry, Lukas Podolski, Per Mertesacker and Mesut Ozil are all German internationals and have represented Germany at different levels. Meanwhile, former Arsenal goalkeeper Jens Lehman is of German nationality.

Dragan Stojkovic is said to be interested in signing Marco Reus from Dortmund, and is hoping his good friendship with Ozil can lure him to North London. However, due to Dortmund being on the rise, there's a good chance that Reus would opt to stay at Dortmund. Kheidira on the other hand, is desperate for games ahead of the world cup and has praised Arsenal and Ozil. Before he left his position, Arséne Wenger was monitoring German youngster Julian Draxler, however he opted to stay at Schalke.

With Arsenal looking to bring in a few more world class players, in addition to the ones they already have at their disposal, will the Gunners really be title contenders?
Login to Quote

Toon
7 years
Reus and Kheidira would be great signings.
Login to Quote

Jer
7 years
Good update.. Are you continuing this story after FM14 comes out? Also, gimme scores, it's just getting plain ridiculous imo
Login to Quote

Seni
7 years
I haven't played fm in a while, that's why there have been no scores but I'm nearing the end of the month so there should be an update on results. I'm not sure whether I will continue this story or not yet.
Login to Quote