My verdict on the month:

A very good start to the season from us. We have shown quality and determination in this first month, especially in our fixture vs Hull where we were 3-0 down going into half time yet we won the game 3-0. If we can keep up the good work, fourth place will no longer be a trophy. I can guarantee that.

Next month our champions league campaign officially begins. It would be nice to start that off very well, especially with the group we were given. Cups such as the Capital One Cup will also start. For the Capital One Cup in particular, I want to use it as a chance to try out youngsters. I don't believe we have any fringe players.

Mervmeister
7 years
Gd stuff so far, keep it up
Login to Quote

Seni
7 years
Thanks for the comments guys 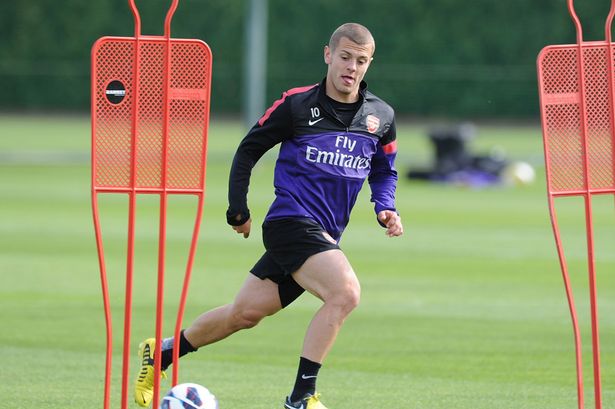 For a few days now, the club officials and I have been talking, over the future captaincy of the club. Everything about Arsenal football club is the future. We have come to a conclusion that next season, the current captain, Thomas Vermaelen will no longer captain the side due to a few reasons. The first reason is because the officials feel that he should be sold very soon, so that a profit can be made. Secondly his performances have been very bad recently.

Now it is up to myself and my coaches to come up with a new captain for the next season, even though the season just started, which is a very tough thing to do. A captain is the on pitch leader, he is in charge of all the other players on the pitch and has power. You must be careful who you pick.

Now we ourselves have thought very hard about who to pick. The candidates are:

We had a vote, and despite his young age, Jack Wilshere will captain the side next year. We believe he is a born-leader with great leadership skills and passion for the club and the game. Even though he's not captain now, if not for the armband, you would think he is the captain.

Some may say he is too young, but how old was Tony Adams when he was given captaincy and led Arsenal to glory, about the same age. Hopefully Jack can do the same.

So Olivier, its been quite a good start to the season, what do you think is behind that?

Do you personally enjoy pre-season? Some players hate it!

*Laughs* They probably do not enjoy it because of all the hard work that must be put in after a bit of a rest. Pre-season is very tough and only the people who are strong mentally can survive, not even physically but mentally. Yes I enjoy pre-season, it gives you a chance to play across the world in front of your team fans. Visit new places , learn new cultures, its not all about the football.

You just talked about it not being all about the football, when Arsenal went on its Tour to Asia, what did you find fun, excluding the football?

I think all together it is a very fun experience, for both the old and the young. It gives the players a chance to be with each other and bond with each other ahead of the new season. The pre-season really got out spirits up. I enjoyed visiting different places and doing various things you wouldn't do back home, because the culture is different. But the thing I enjoyed the most was being able to see and make the fans happy, they're very very important to me, not just the club and other players.

Speaking of other players, you seem to have a very good relationship with your fellow compatriot, Laurent Koscienly, can you tell us a bit about that.

Ah Lulu, that is what I call him. Yes we are like brothers, we are very close. Laurent is good to me, he help me settle into life at Arsenal. He is very important to the team, as he is a very good defender. One of the best I've played against.

Olivier, you have started the season brightly, what has the key been to your improvement from the previous season.

Last season I was criticized about being too slow and my movement at times not being good enough. I didn't be silly about it but I go to the training pitch and work harder. I work on speed and movement, it has work so far, I'm in good (form) I hope I can continue.

Finally Olivier, the club has bought Oscar Cardozo, who has been in brilliant form, what do you think of him, do you see him as competition?

I see him in training and in match, he very good, he can strike the ball very well. Competition? Competition is always good, I am glad we have bought another striker. It eases the pressure of me a bit, but I will continue working hard, I believe I am the main man, the big man upfront like they say.

Chelseaboyy8
7 years
This is a great story, just caught up. Ill be following

Thank you very much 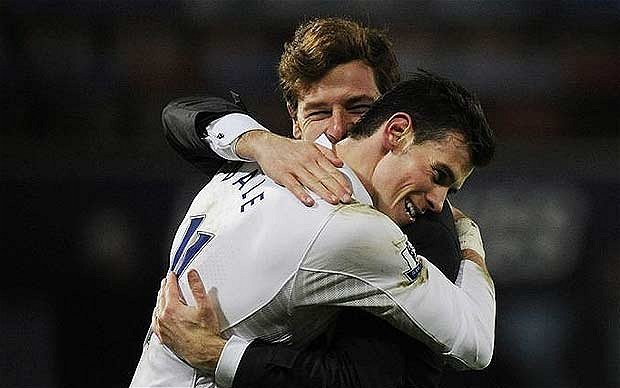 *The words of Andres Villa Boas*

We were very sad to see Gareth leave the club, he is a very good player in fact a world class player. We tried to convince him to stay but he wants champions league football, something that we don't have currently but I believe he had the patience, and had waited one more season he would have gotten it.

Now people say because Bale has left the club will decline and that we depended on him too much last season. I disagree with them. For parts of last season he (Gareth) was unavailable yet we did very well. If only we had finished stronger and a few decision had gone our way, we would have finished ahead of Arsenal in the top four who got very lucky.

The squad has been strengthened and we have spent a lot of money. Not only have we spent a lot but we have spent wisely and brought in good quality into the squad as we try to push for a top four space this season, which I think we will get. Last year we were just a point behind Arsenal. If you ask me now our squad is stronger than Arsenal's and we had a better transfer market. We look more likely to qualify for the champions league.

Arsenal are a good club no doubt. I like their ethics and the way the go about doing business. They had a good transfer market until the deadline day where they splashed the cash to bring in Ozil and Cardozo, who are very good players. Did they panic buy? I think so. As a manager of a club such as Arsenal, if you haven't spent a penny and on top of that you have missed out on various targets, there is huge pressure on you to spend. That's exactly what Arsenal did.

They have a new manager as Wenger has been promoted I would say to the position of Director of Football. They have gotten stronger, that has been evident so far this season. I will not lie I enjoy Arsenal watching play, they play beautiful football. However I like the way Tottenham play a bit better. We pass the ball well, and we like to shoot in good positions, whereas Arsenal tend to try and walk the ball into the net.

This season we will definitely finish above Arsenal and end the jinx.