Quick note before reading on:
This tactic has been developed and designed for use by bigger and more reputable teams. I can not guarantee it being successful for smaller lower league teams.

The tactic is a very attacking tactic which encourages teams to pass their way high up the pitch and avoid direct and long range football. This can often result in the team being open at the back, so I do not recommend it if you're aiming to get a lot of clean sheets. 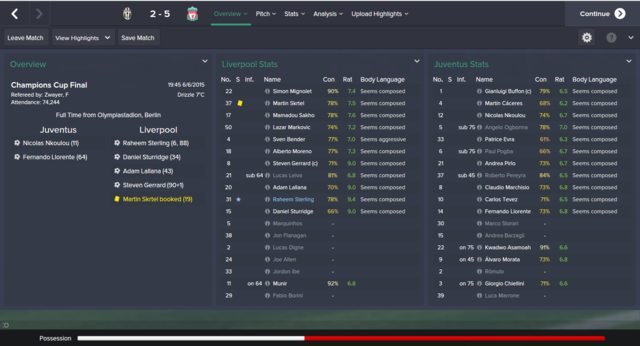 The formation is a customised 4-3-3 with pushed on wing backs and a deeper lying defensive midfielder (anchor man). 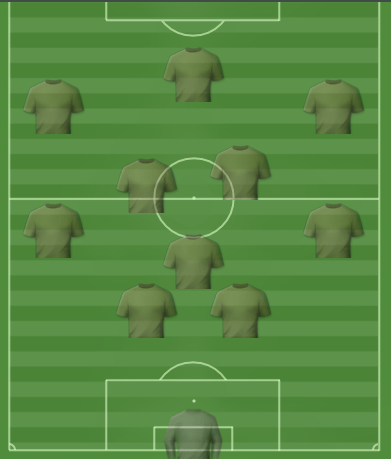 The player roles are based on retaining the ball and getting many men forward to support attacks.

The team instructions encourage the team to push high up the field but be patient when building attacks. 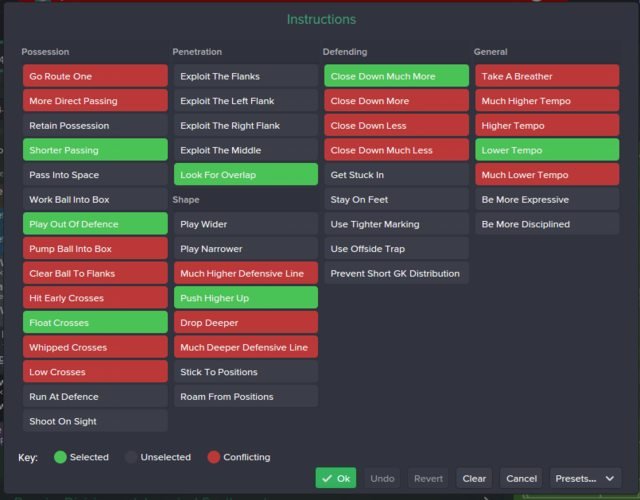 The edited attacking corner technique organises players to go short to collect the ball before laying it off to another player in a more central position. This player would then normally take a shot at goal. 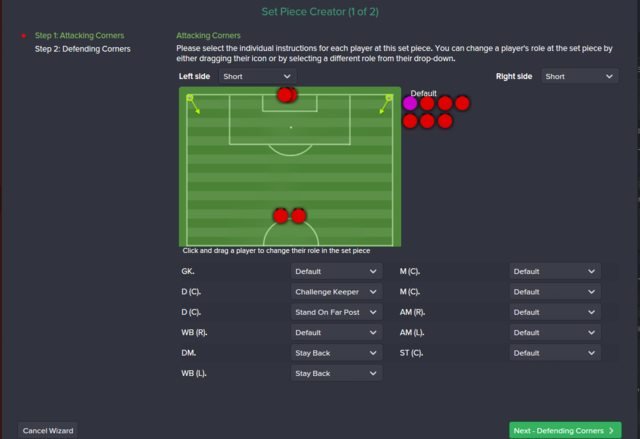 The recommended training set-up would be team cohesion as the main focus during pre season and then attack as the main focus during the rest of the season. The match training should always be on match tactics and the scheduling should be focused towards match training during the pre season and then levelled out for the rest of the season.

During the rest of the season...

Another 2 player roles that compliment each other well are the advanced playmaker and the false nine. This is because the false nine usually drops deeper into midfield and acts more than an attacking midfielder meaning the advanced midfielder has an extra option to pass to. This often leads to quick link up between these two players and sometimes even results in direct goals being scored.

Thank you for looking at my tactic. Here is one more example of the sort of success it can bring teams when being used effectively. 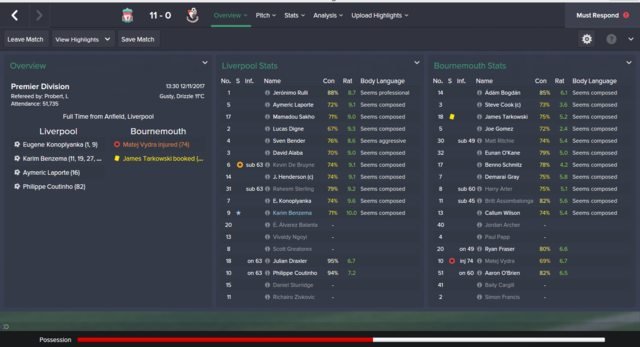