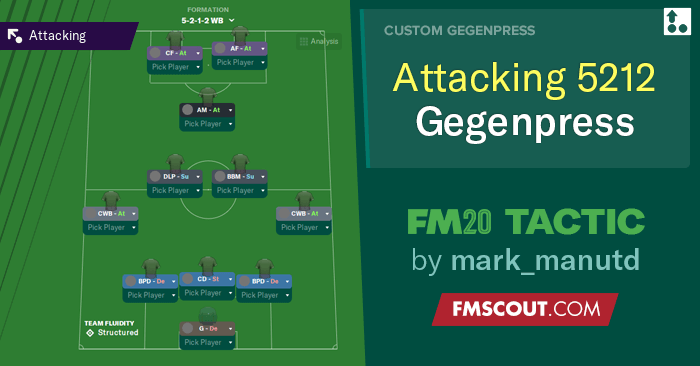 This is a good solid tactic tested on man utd.

It relies heavily on hard wing backs for assists who can often get tired so it's advisable to have a few good wing backs in the squad.

The tactic is an attacking one but with a solid defence.
- Very little goal conceded in winning EPL first season.
- No goal consed in Europa league.
- The midfield are comfortable in short passing but excel in long defence splitting passes so midfield with high passing attribute is advisable.
- The most important aspect of the tactic is its desire to press and win balls on the front foot enabling attacking play quickly. 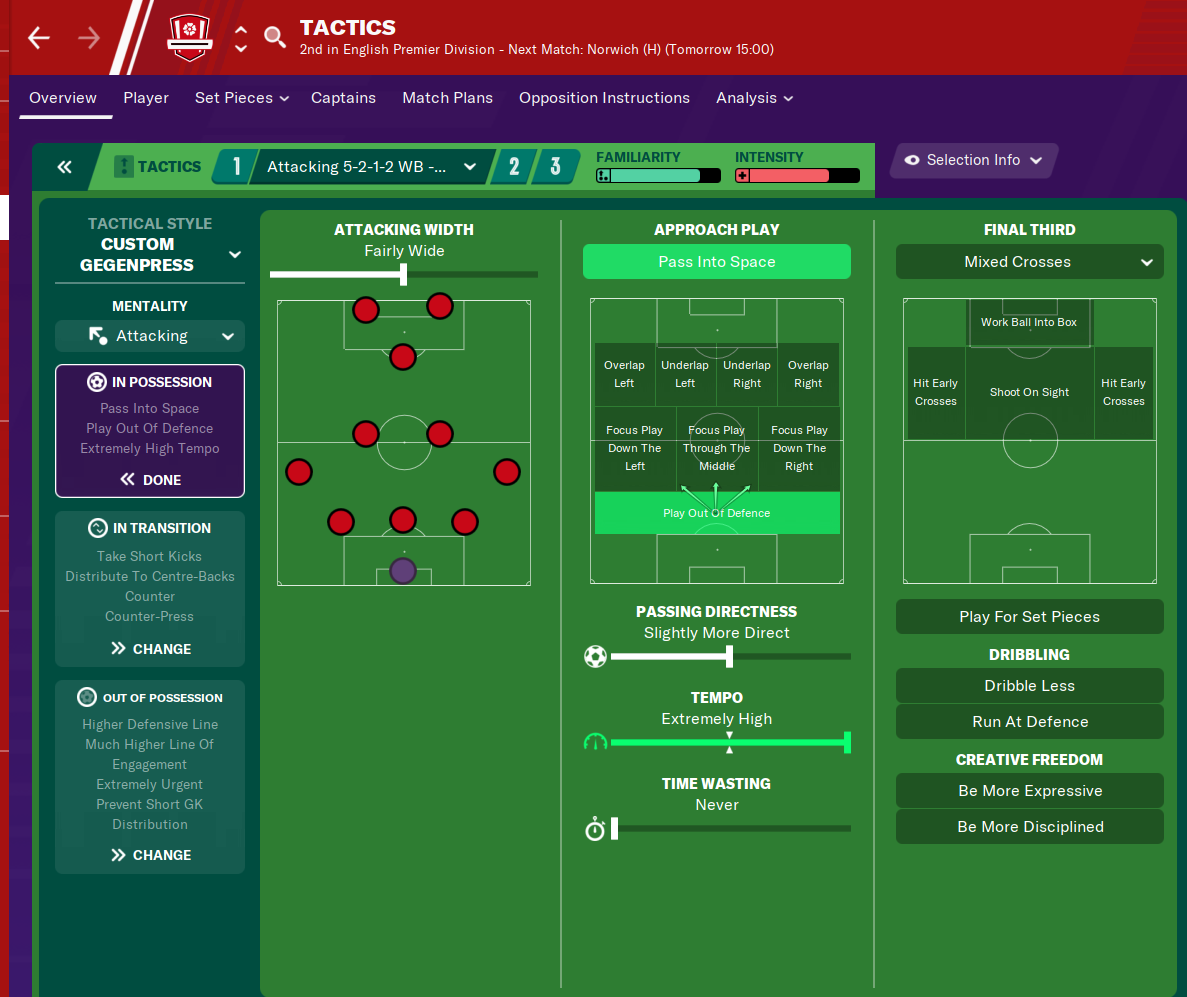 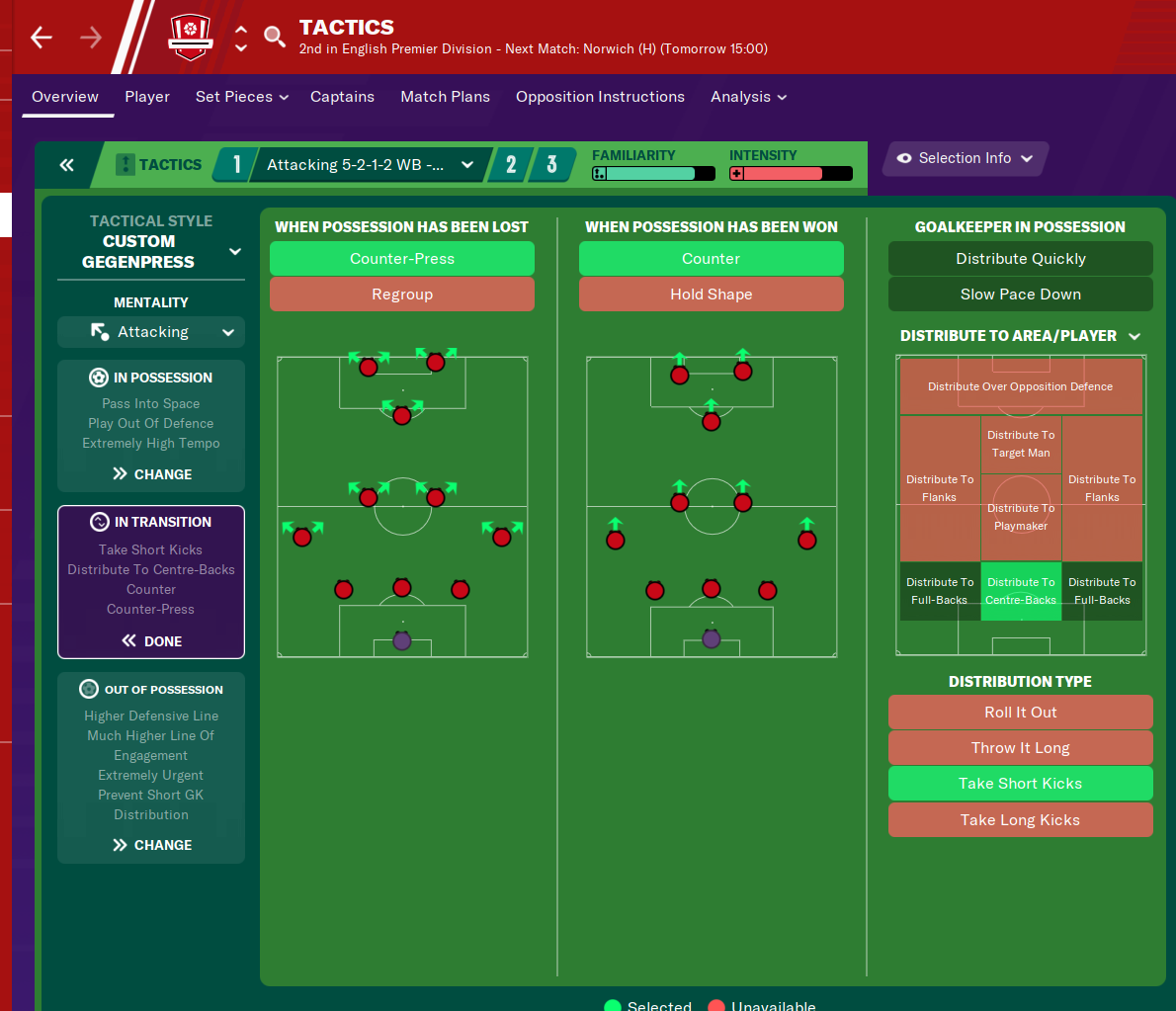 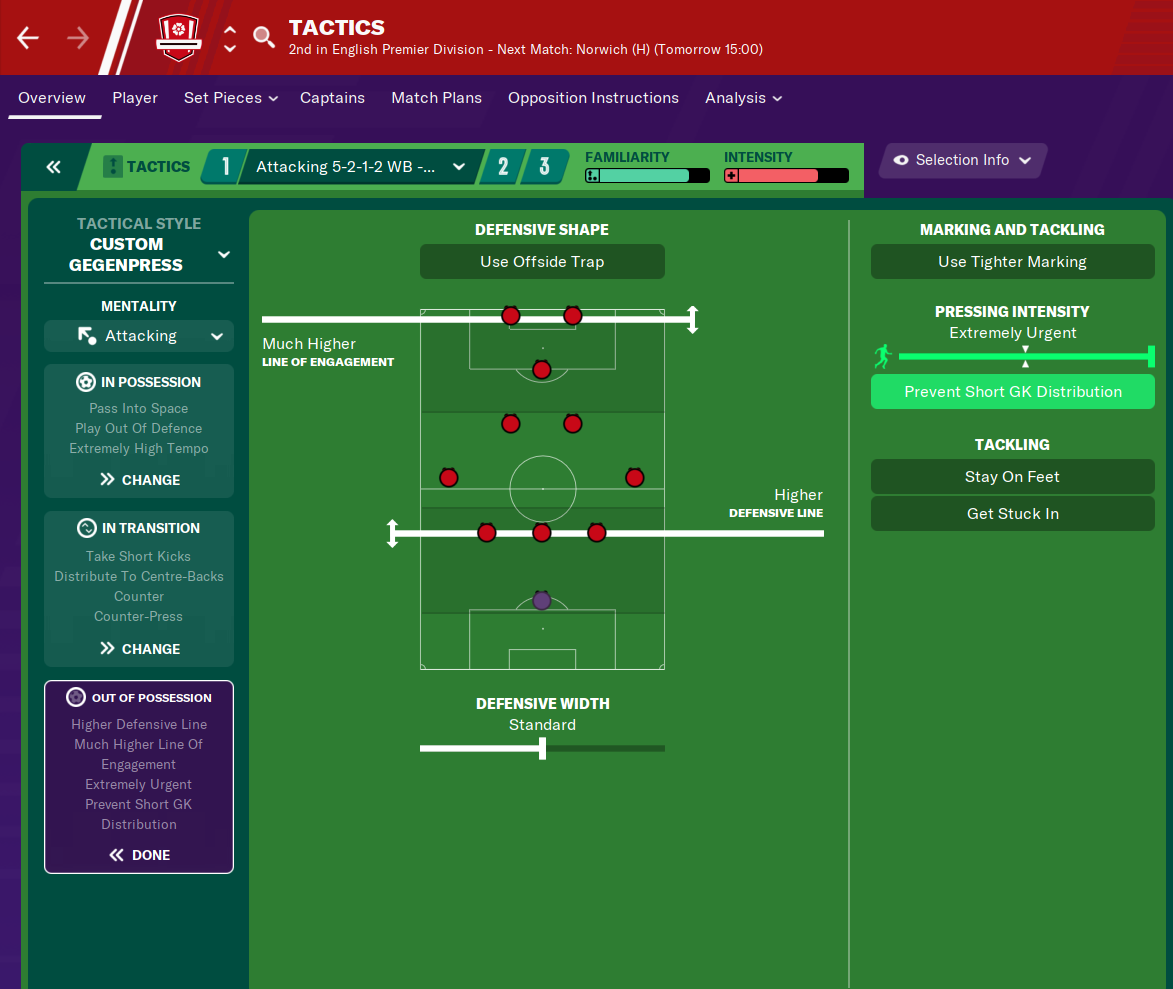 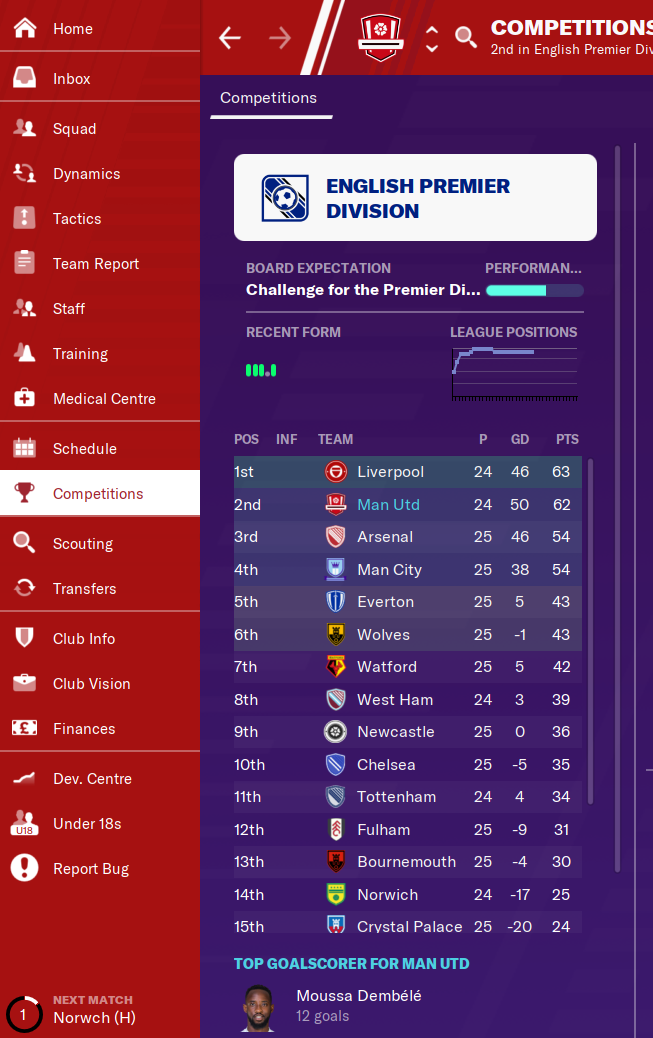 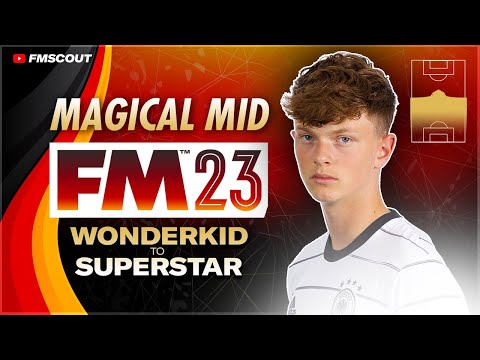