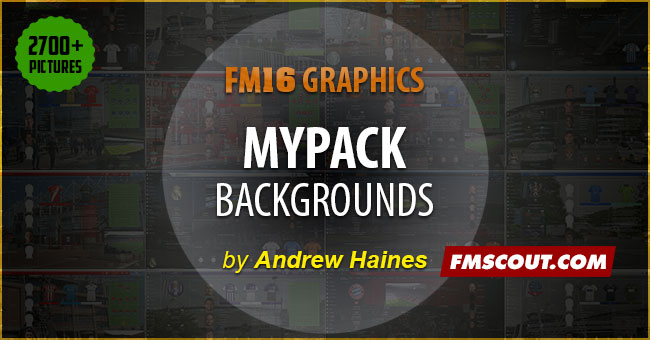 For a number of years (about 5 I think), I have been working on this pack. A year ago I posted it up online and it seems to be popular so I have released regular updates.

It contains images for over a thousand clubs and international sides across the world.

I try to keep the quality high and am rarely happy to compromise over the quality of an image. I would rather leave a club without an image than use one of substandard quality.

The intention is to add good quality images of lower league teams in England down to level 9. Currently the number completed stands at 51%. All teams down to level 7 are complete now.

158 of the images I have contributed myself from pictures I have taken at grounds I have visited. When I have a chance I'll swing by a stadium and get some pictures so I can add my own into the pack. Images are Mainly from the north of England but I aim mainly for the lower league teams who are difficult to get images for, right down to level 9 of the football pyramid. I'm not a professional (or even amateur really) photographer but I'm pretty pleased how the images have come out. I know what I'm looking for in an image after a few years doing this so tend to get good images for the pack (in my opinion anyway).

The clubs for which I took at least the exterior image are below.


How to install MyPack Backgrounds in FM 2016

Download the .zip file and extract its contents to the "DOCUMENTS/SPORTS INTERACTIVE/FOOTBALL MANAGER 2016/GRAPHICS/BACKGROUNDS/".
You may need to create the graphics/backgrounds folders if they don't exist.

In the file are three .zip files. These contain different config files each loading the interior and exterior images slightly differently.

To use the alternatives simply locate the file in the Pictures folder, right click and select "extract here". Select to overwrite existing files if popups appear.

There are also images for many of the competitions (Premier League etc.). If you do not wish to use these, simply delete the 'Competitions' folder in the pictures folder.