Barcelona Tiki-Taka domination extreme is based on some of the aspects from the playing style of Tiki-Taka, and is one of the best possession tactics I've ever created for Football Manager. This fluid attacking tactic is developed as a possession based tactic, where I've put importance to the passing completion ratio, win possession back quickly and chance creation (half chances, clear cut chances and shots).

Get used to have an average possession of 60% thorughout the season, a pass completion ratio of between 85 and 90% in average and between 1 to 4 clear cut chances almost every match!

This tactic is custom-made for Barcelona, but will be well-suited for any team who favours a continental playing style similar to FC Barcelona. Of course, the team will need the required types of players and skills to make it successful. 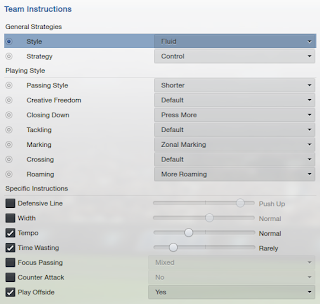 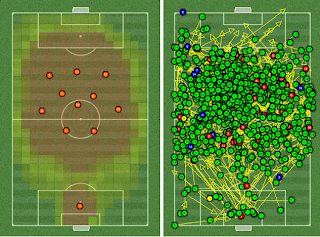 This tactic is all about team spirit and team performance. My aim is to encourage assists, goals and key passes from all the players, not only one or two from the attacking line.
As the team will attack as a unity, it will equally defend as a unity. Behind the first defensive line you will have the wingbacks, ball winning midfielder and deep-lying playmaker with the help of the advanced playmaker to hunt the opposite players down, with the aim of winning the ball quickly back. 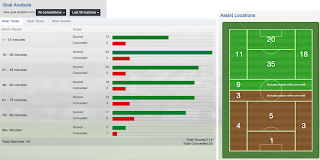 With this tactic, the players will need to cover a lot of distance. So with the help of the pitch size you can increase the chances of winning possession by setting the pitch dimension to minimum allowed; at Barcelona this would be 100 metres in length and 64 metres in width.
As you can see from this image of defensive zones, the defensive part of play already begins with the striker and inside forwards. These three players, in additional to the attacking midfielder (MCL), will put pressure on the opponents defensive line and try to win the ball high up, which fits the words of Josep Guardiolas tactical preferences from the introduction to the tactic.

As the team will attack as a unity, it will equally defend as a unity. Behind the first defensive line you will have the wingbacks, ball winning midfielder and deep-lying playmaker with the help of the advanced playmaker to hunt the opposite players down, with the aim of winning the ball quickly back. 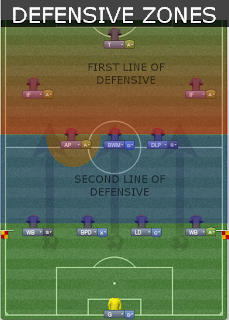 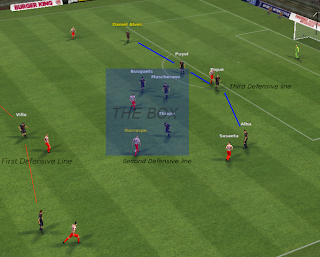 Goalkeeper defend; I prefer to use a traditional goalkeeper defend despite the high defensive line.
I've tried the sweeper keeper defend, but conceded some horrific goals. I also feels the counter-attacking balls would make you prone to loose possession. It is also easier to buy a suitable traditional shot-stopper, rather than finding a suitable sweeper-keeper.

Wingbacks Support; As I want defensive safety when the team hasn't possession of the ball I want the wingbacks to stay in line with the central defenders. He will also support the midfield by trying to win possession and close down opposition wingers.
Both wingbacks has run from deep often, which makes them likely to overlap or aid the attacking line, if the opportunity arises and its safe. The wingbacks will cover large areas (between 11 to 15km per match). I've set the right wingback with attacking duty because of Daniel Alves' excellent stamina, dribbling, good positioning and passing. You can change duty according to which of the player position who is best. The one wingback with attacking duty can be described as the third attacking threat, as his passing and overlaps gives width to the attacking line. The wingback attack will record a good amount of assists.

Central defenders; As compared to the style of Gerard Pique and Carles Puyol I've used ball playing defender and limited defender. As I put many players forward in attacking situations the ball playing defender player role is vital. He will aid the build-up with his creativity and passing. The limited defender will close down players before they enters the area.
Both central defenders will need excellent positioning, marking, tackling.

The two different playmakers, deep-lying and advanced; is one of the important keys in the passing completion ratio. They will look to operate in the spaces between the defense and midfield. Both players would need good stamina and work rate. They will pass trough balls often and close down players often to win the ball high up in the field. The advanced playmaker has excellent creativity and anticipation and will move into channels. He will look to arrive late in the area, but also run with the ball often to disturb the opposition defensive line. The deep-lying playmaker will run forward when the right opportunity arises and gives depth the attacking line when required. He will also need good tackling and positioning. In my save he is the one with the most assists.

Inside forwards; are the key to the attacking line. The AMR will look to cut inside to make space for the wingback. The AML will try to unsettle the opposition defender by moving into channels, often between the centerbacks and fullbacks. Both players will close down often to win possession and will require excellent passing, creativity and off the ball, as they will be likely to roam. This way it would be harder for the opposition full backs to mark them out of the game, as they are in constant movement.

Trequartista; Since the early days of life I've always loved attacking players who win possession, comes deep to get to ball just to carve out some excellent passes. My trequartista will need good work rate and stamina in additional to good anticipation and off the ball. He will be the first player who will try to win possession. He will also make space for his fellow attacking players and is as deadly with his amount of goals as his amount of assists.

Other key player attributes:
- Work Rate and Stamina
- Technique, passing and creativity
- Anticipation, off the ball, decisions and composure
- Aggression, positioning and Agility

Tiki Taka - Full Control
This touchline instructions is all about slowing the tempo down, keep possession and look to frustrate the opponents by high amount of passes and be more patient as it lowers the through ball setting to sometimes. I always tend to use this shout no matter opponent in the first minutes of the match to analyze the opposition teams defensive line, width and player instructions.
Touchline instructions highlighted in blue is the preferred instructions to either create space or dominate space. 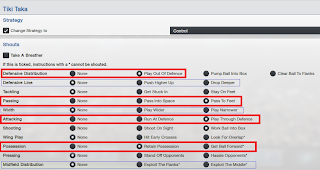 Tiki Taka - Attacking fluidity
This touchline instructions is all more about change of passing style - to be more directly. It will create more chances because of more space to roam and will also put more pressure on the opposition team by shorten the space to the opponent by pushing the team higher up. he playing style will be changed to higher tempo, more width and increased through ball settings, to get the ball in the final third.
I tend to use this shout instructions against better teams, but also against weaker teams when struggling to score goals. Of course the defensive line depends on the opposition team, but for shorter periods this has worked very well. Against stubborn defenses it may be advantageous to change the control third instructions from play through defense to run at defense, which might make your MCL to the man of match! 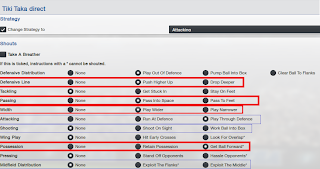 As important as Shouts is the setup of Opposition instructions. You can read more about how to pressurize the opponents in the original article about this tactic.

Final Note:
It is important to give this tactic some time, as the players needs to get used to it.
We hope you enjoy it and can achieve some of the same records as us, or maybe EVEN better! 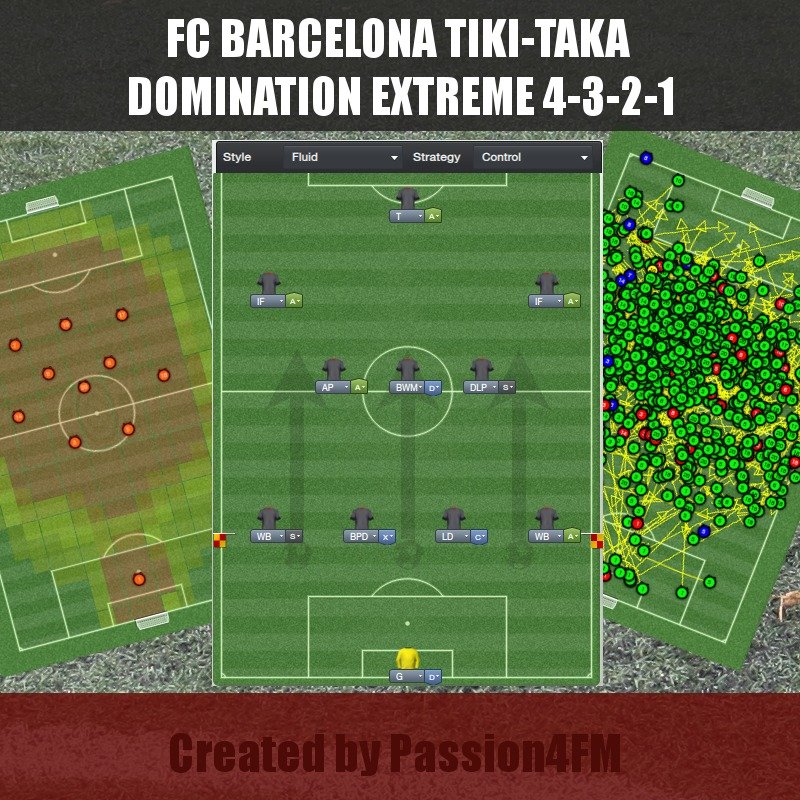